In our Winter 2008 issue, Derek See interviewed James Williamson, the lead guitarist on The Stooges’ seminal 1973 album Raw Power. In that article we ran a couple of photos of the 1969 Les Paul Williamson used on the LP. I thought it would be cool to show you some other shots from the photo session. Although  Raw Power sold poorly on it initial release, the, well, raw power of the guitar tone was the template for the punk revolution a few years later. 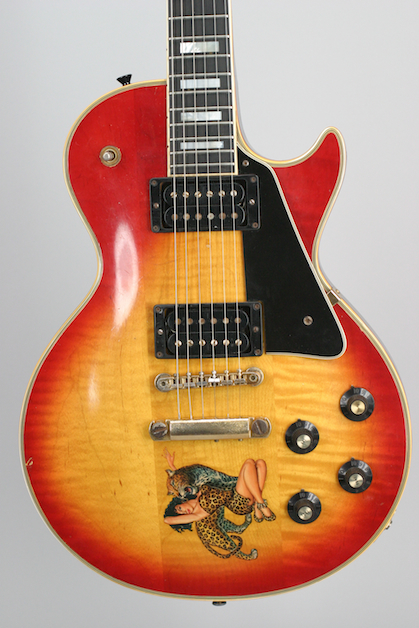 The Leopard Lady decal is obviously not original, but the corroded and pitted gold plating on the tailpiece is. Williamson had the parts replaced when he had Brian Michael re-fret the guitar — but he did save them. 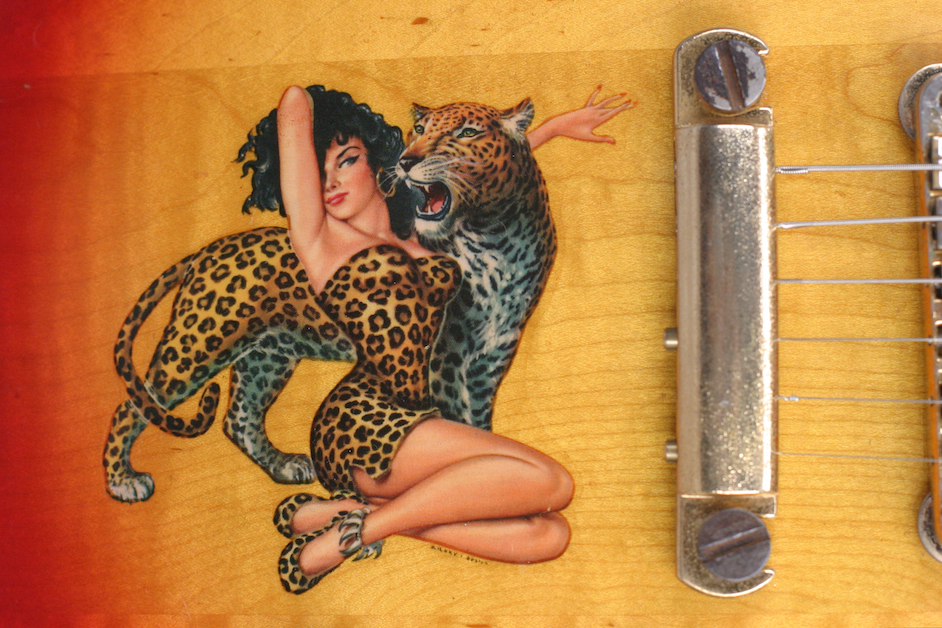 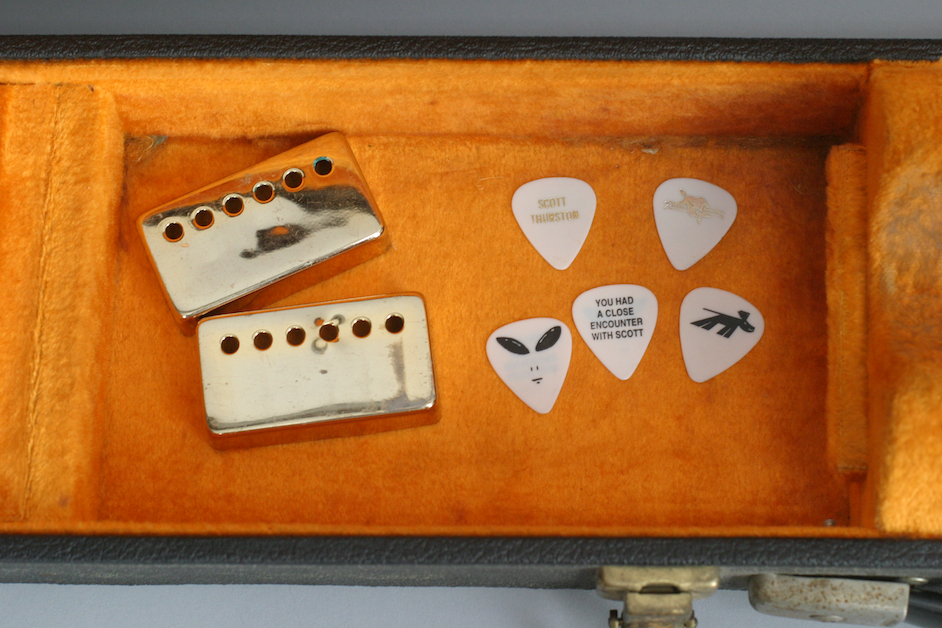 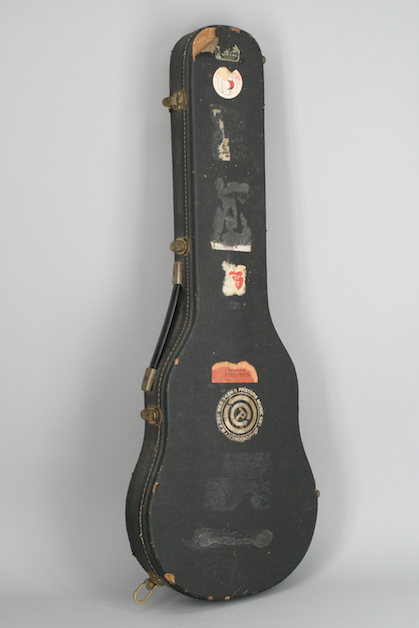 Williamson’s son wrote an essay titled “The Coffin in the Corner” about the Les Paul case that never got opened. The essay prompted Williamson to get the guitar back into playing shape. 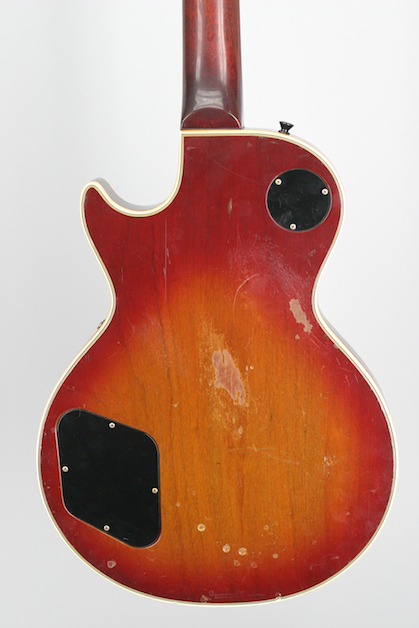 Some of the round dings on the back may have been caused by a studded leather belt Williamson used to wear onstage.

Williamson thinks that a few of the dings were came from putting the guitar on top of an amp to feedback at the end of “Open Up And Bleed.” 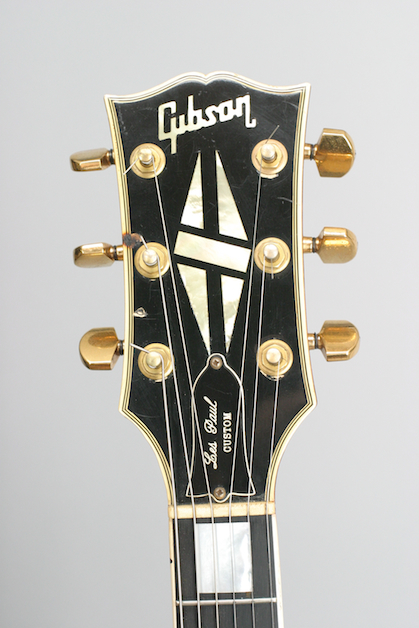 The guitar that laid down the sonic blueprint for punk rock. 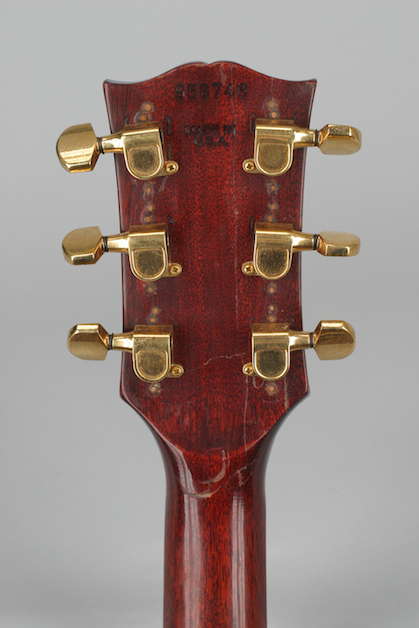 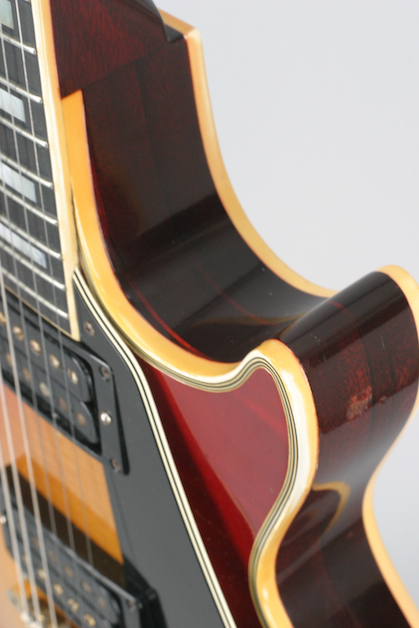 Gibson discontinued the Les Paul Custom in 1961 and revived the model in 1968. The original Custom was made with a solid mahogany back and a carved mahogany top. As you can see, the revived version has a maple top (like the Les Paul Standard) and a four-ply body made with two plies of mahogany and two thin plies of maple. 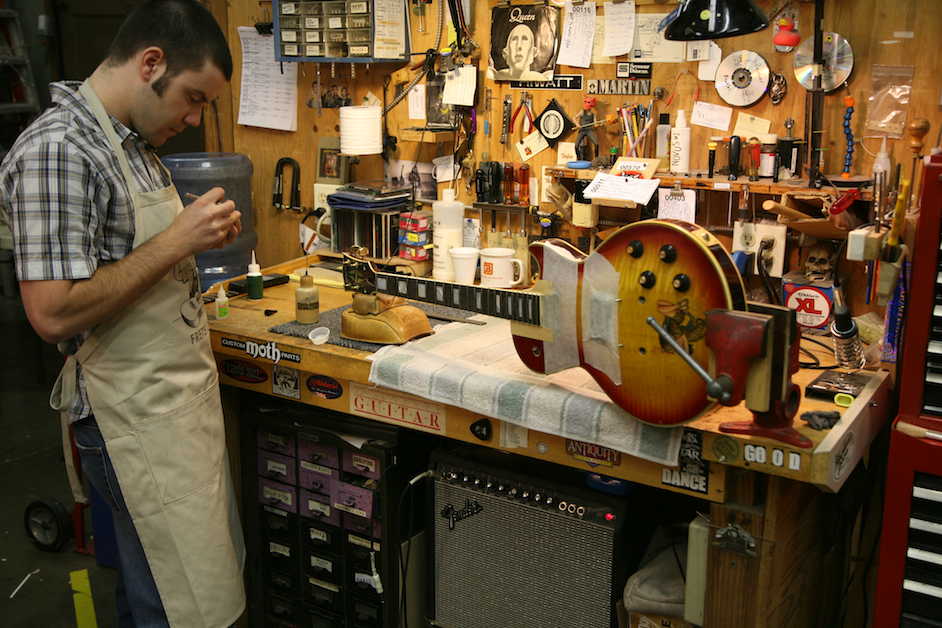 Brian Michael of Gryphon Stringed Instruments restored the Les Paul James Williamson used during his days as the guitarist for Iggy Pop’s Stooges in the early 1970s. 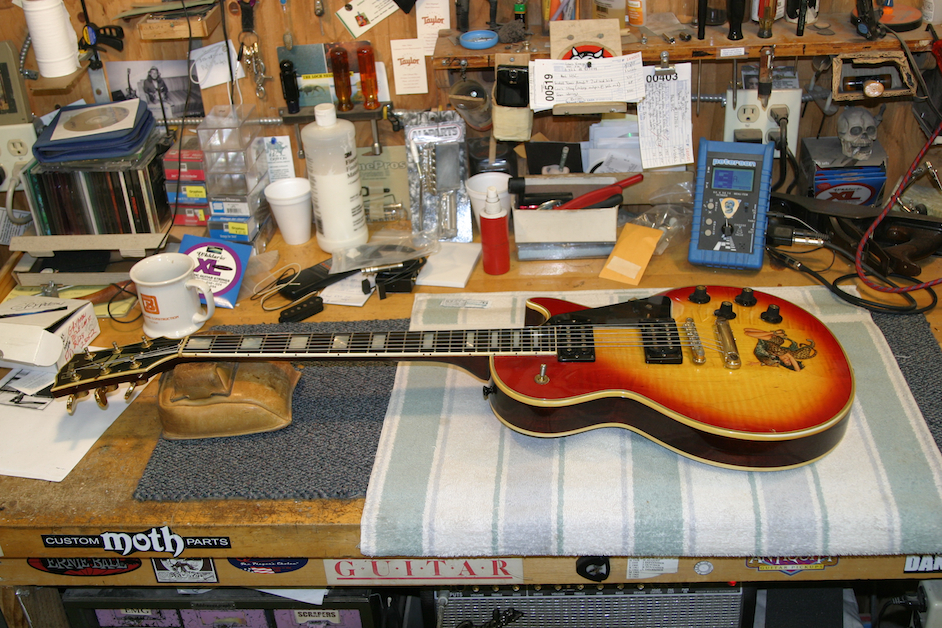 Williamson has retired this guitar from the road. On recent tours he’s been using a replica built by Brian Michael.

Not long after joining the Stooges in 1971, Williamson traded in a Gibson SG and a Fender Jaguar for this Les Paul. It was the main guitar he used on Raw Power and subsequent tours.