Back in issue 12 we ran a cool little story about the restoration of the 1969 Les Paul that James Williamson played on the The Stooges’ Raw Power LP. Brian Michael was the tech who handled the restoration and Williamson was so pleased with the work that he commissioned Michael to build him a replica of the guitar to take on tour. (The headstock of the Raw Power Les Paul had been snapped off a couple of times in the past and Williamson didn’t was to risk it on the road.) Mike Watt, the Stooges’ bass player, liked that guitar so much that he commissioned Michael to make an SG style bass for him.

Before he built the guitars for Watt and Williamson, Michael had been working on a design of his own, a guitar he now calls the TG. “I wanted to come up with a guitar that had a Tele vibe but one that didn’t dig into ribs the way a Tele can,” he says. “To my eye the Strat contour doesn’t work as well on a Tele body so I started thinking about the curves on an SG. I wanted something that looked cool but that was also comfortable.” The first TG he built was all mahogany and had a SG-ish red stain and to his delight James Williamson liked it so much he bought it.

For the TG pictured here, Brian opted for a flame maple top, ebony fretboard with block pearl fret markers and two Jason Lollar Imperial humbuckers. The controls consist of a three-way selector switch, a master tone and two volume knobs. The finish, including the elegant sunburst, was done by Addam Stark, the Santa Cruz lacquer master. “The scale length on my first TG was 25 inches but this is 24.75,” Michael says. “All of my guitars are basically built from scratch so I can use whatever scale length a player wants.”

I got a chance to play this guitar and was really impressed with its playability. The neck was well shaped and, at least for my hand, not too scrawny. Unplugged, the guitar has a bright, ringing tone with lots of sustain. Plugged in (I used a Mesa Boogie Mark 1) the TG has a sweet singing quality that was more Les Paul than Tele. I’m very impressed with Michael’s work and I really like his design sense. He’s building on the best of the past but he’s taking things in his own direction. His base price is $2000, which isn’t cheap, but for a custom guitar handmade from scratch it seems like a pretty good deal to me.

P.S. Brian is also a pretty good bassist. Check out his playing in this video from his band Careless Hearts. 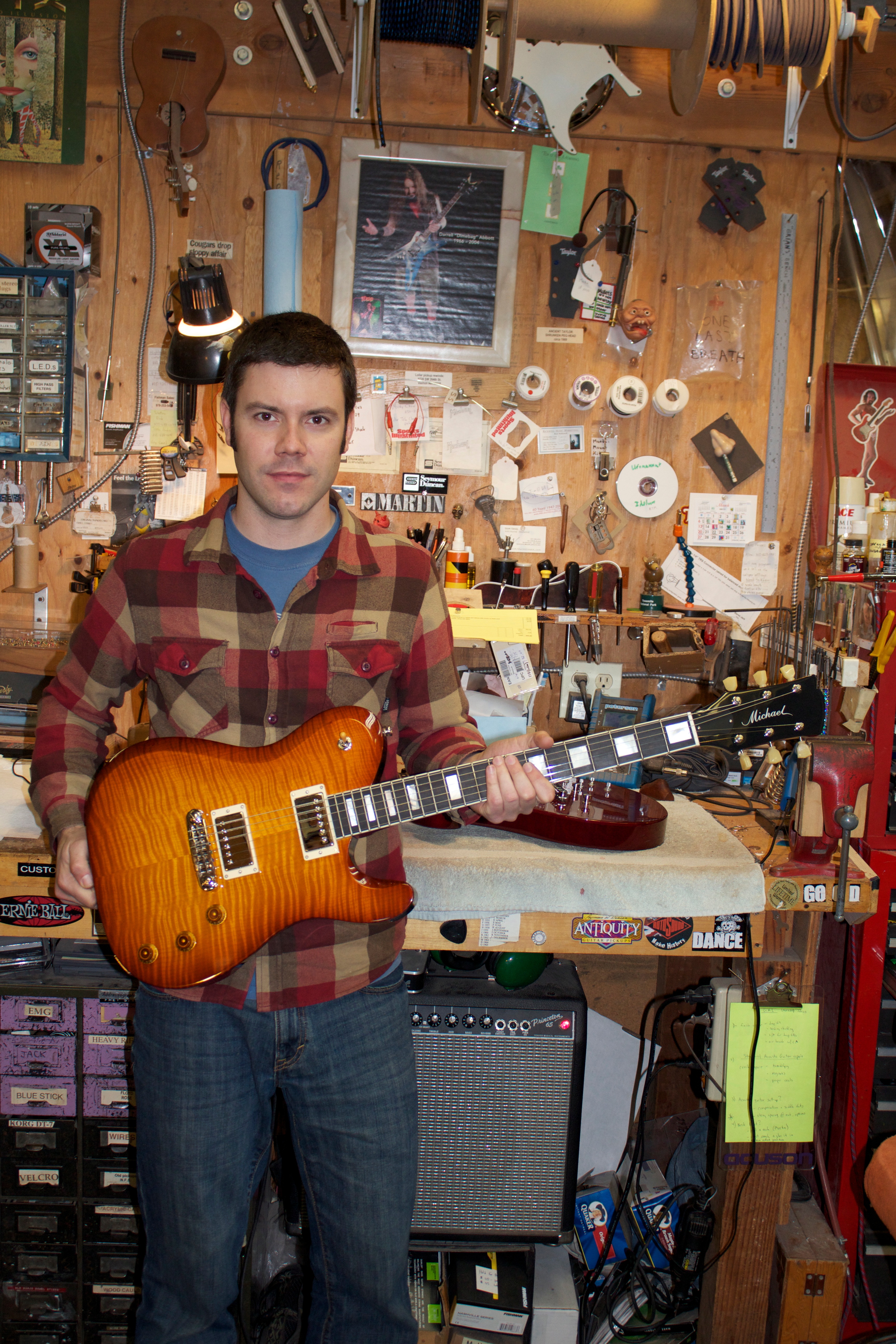 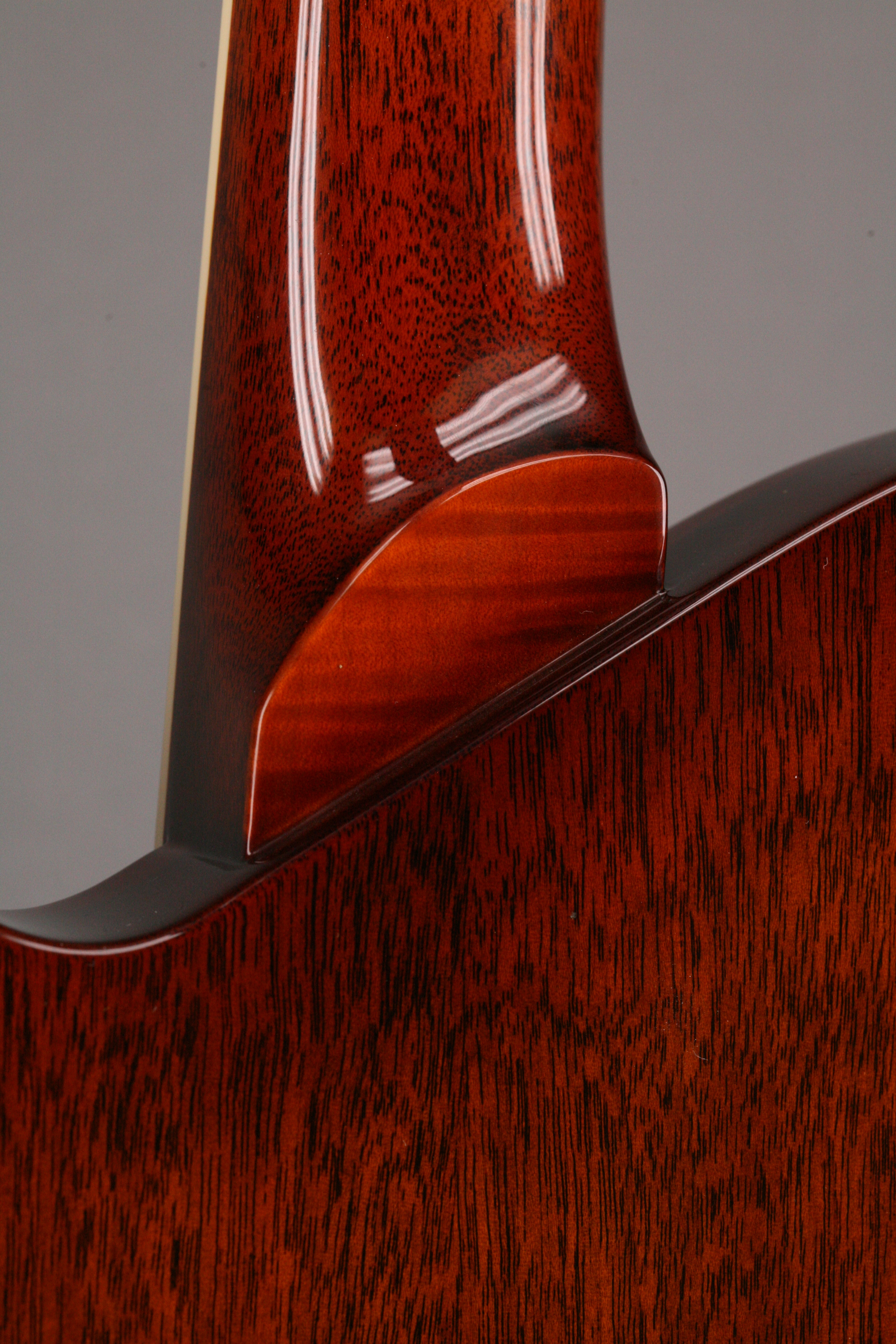 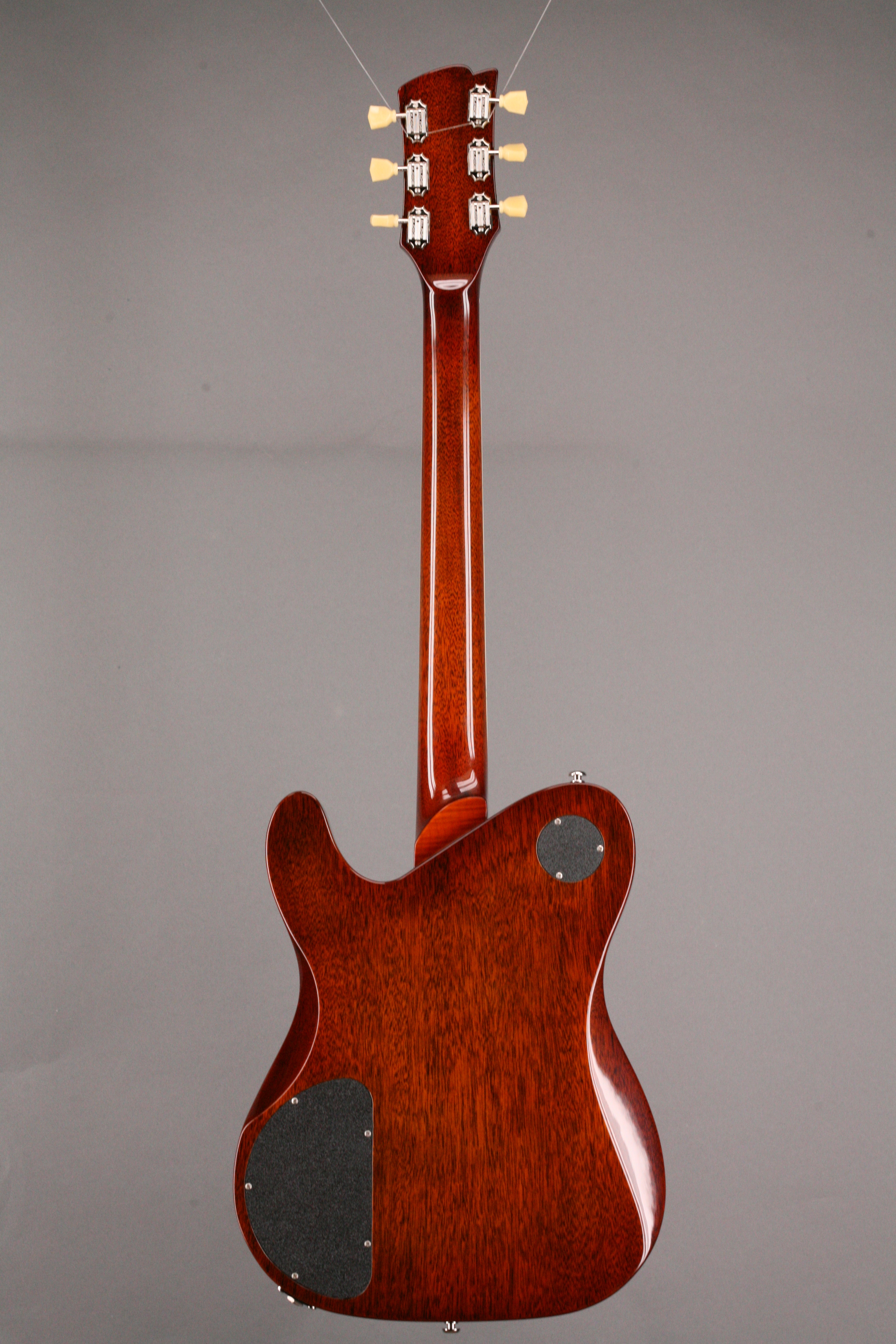 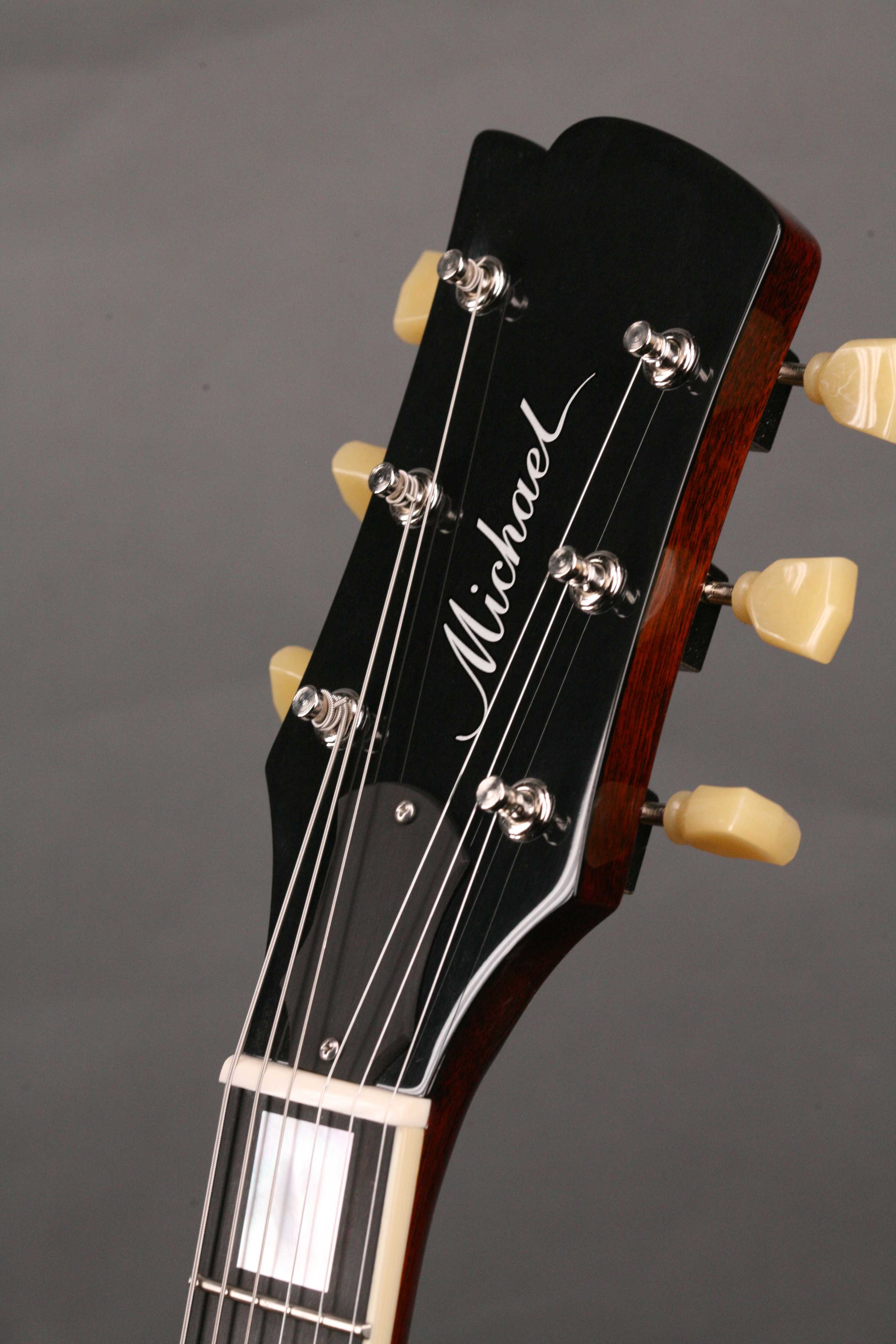 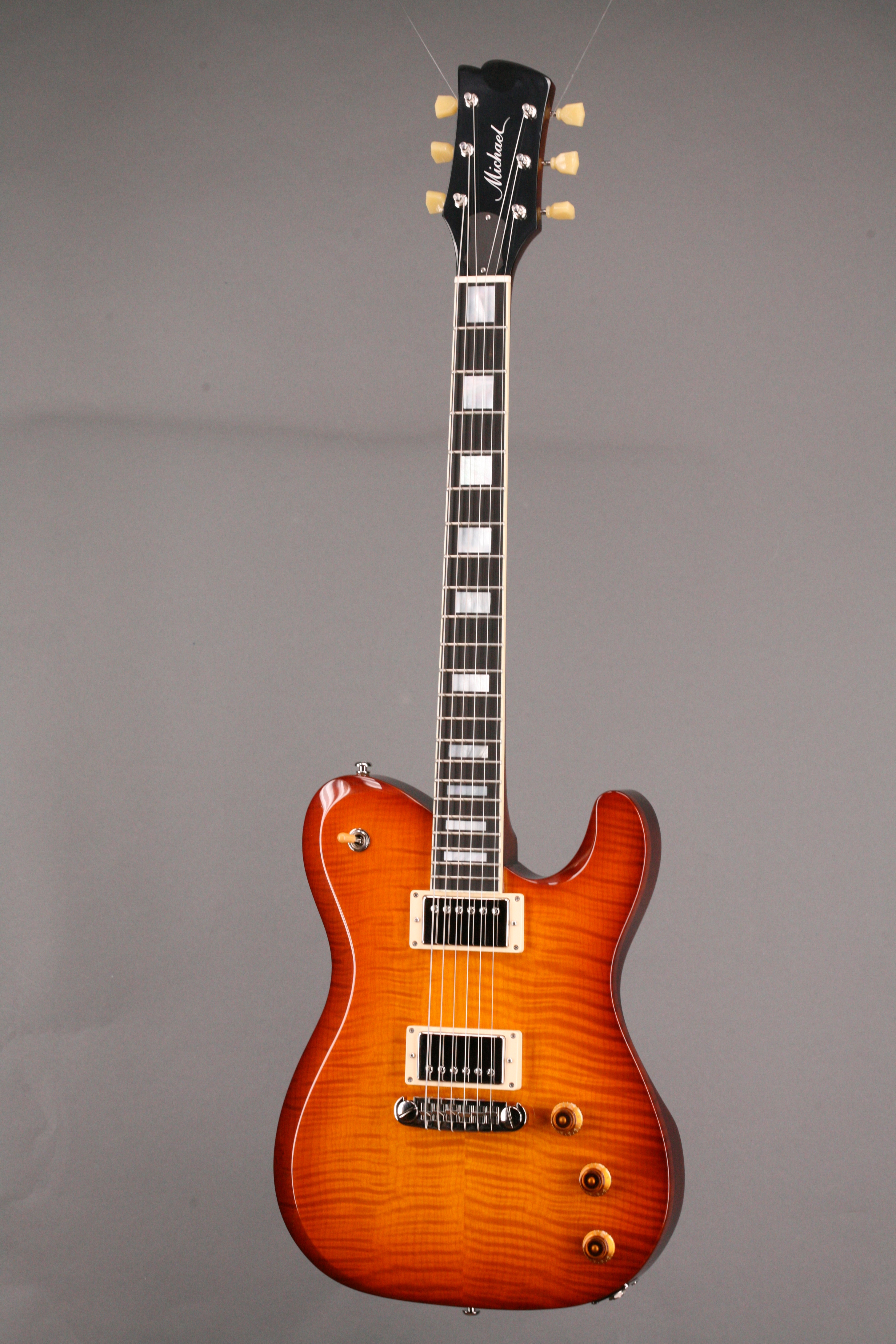