It’s no secret that we’re big fans of Blake Mills. Over the years, we’ve filmed Mills here at the FJ, invited him to the first Fretboard Summit (where he famously got to duet with Bill Frisell) and even put him on the cover of our 34thissue. The latter article was largely about the making of Heigh Ho, his breakout 2014 solo album filled with catchy songs, insane guitar tones and great playing.

In the years since Heigh-Ho, Mills has been busy, to say the least. At 32, he’s already one of the most in-demand producers in Southern California, working alongside artists as diverse as the Alabama Shakes, Sara Watkins, Perfume Genius and John Legend. But, under-the-radar, he keeps busy playing guitar and doing unannounced live gigs in Los Angeles. Look, Mills’ follow-up to Heigh Ho is out this week… and it’s quite a departure from its predecessor. This all-instrumental album features five shimmering tracks that were all composed entirely, on the fly, on Roland guitar synthesizers from the ‘70s and ‘80s. We couldn’t resist talking to Mills once more to hear the backstory.

The Fretboard Journal: This new record is pretty wild.

Blake Mills: Yeah. We did this listening party for it last night for music supervisors. It was the first time I had actually listened to the record all the way through since the mastering session. It was really fun. We listened to it on vinyl at this analog, hi-fi bar. It was interesting to experience how other people too in the record.

Some people were trying to find meaning in it and other people were talking about the visuals and what they were seeing on-screen for the movie… that this was the score to a movie that hadn’t been made. I’ve never heard anything like that in relation to the other records that I’ve made. It was kind of thrilling.

FJ: I did wonder if you’ve been listening to a lot of ambient or modernist composers. Have you been on a big Steve Reich or Philip Glass binge lately?

BM: No, I mean there’s always stuff like that going on in my life. There’s never too much time between listening to Tristan and Isolde or Mahler, but there wasn’t any direct correlation between that music and the stuff on Look.

In all honestly, Look is probably a good representation of whatever’s going on in subconscious of my musical tastes. I don’t know if you would call this through-composed, but the music all came from about a period of 45 minutes of just improvising in drop D on guitar synth.

I was in the studio for about a week, just experimenting with different guitar synths that I had acquired, and learning how to use them and what they could do in a studio context – running certain parts of the synth, like the bottom end of it out to one chain and then the polyphonic section into another and just playing, getting inspired by a sound that was happening and playing off of it.

All of the stuff on Lookcame from that… under an hour of messing around in D. Then when I went back and listened a few months later, it felt like there were these moments where there was like a melody or a passage that felt kind of interesting and beautiful. It just had an interesting pace to it.

I elaborated on those moments and kind of chopped stuff up so that it would encapsulate a certain idea and added stuff to it. The stuff on the record that has a beat was not music that was [originally] played to a beat. The beat sort of weaves through what had happened.

FJ: Interesting. Was there one particular synth that this was behind this record. Was it the 707?

Then, we went in and embellished it with different instrumentation. Natalie Mering came in and layered a bunch of really beautiful vocals in certain spots. The whole thing is just supposed to kind of weave in and out of realism. If it’s hard to tell what is the guitar synth and what is something else, I think we were sort of successful in our combination of sounds. Hopefully, it all sort of sounds like one world.

FJ: What amp do you use with these synth guitars?

BM: We were doing a lot of stuff DI. In the initial tracking of just guitar synth, the low-end would go into DI. The polyphonic section I believe was being sent to a stage echo and then straight into the board.

I think the only amps that were being used were a pair of Kalamazoos that were mic’d in stereo. That was getting a really high-pitched monophonic, almost resonant LFO [low frequency oscillation] kind of thing that comes in every now and then.

It sounds like transistor radio feedback or something like that. That was something that was actually going out into the room. Then mixing, we took advantage of having the isolated tracks, the different segments of the synth or different ranges of the synth. Sometimes we would re-amp things.

Once we got into Sound City [the legendary Los Angeles recording studio space that Mills has taken over with Tony Berg], we were really having fun with re-amping the bottom end through a bass amp, straight to the bottom of the grand piano with the pedal down and just kind of trying to elicit more acoustic sounds and properties from the original audio after the fact …

FJ: What was the initial draw to the synth guitar? A lot of people look at those on shelves and kind of laugh at them. What was it for you that appealed to you about them?

BM: Well, basically I approached it with the same small mindedness. My context was: This is how these have been used, therefore that’s what they do. Once I had one in my hands, I realized that it this totally neutral tool and that you can do all kinds of things with it.

It has a mind of its own, if anything. It does sound different in everybody’s hands. When I realized that it was much deeper than my notion of it – based on other people that had played them – I got excited about the idea of sequestering myself with them in a studio and seeing what could happen. Going in, I didn’t really know what they sounded like. That was really the reason, the discovery, the experimentation.

FJ: You know you’re going to single-handed raise the resale price on all these guitars.

BM: I know. It bums me out. It bums me out, but I get so excited when I pick up an old record and see that they’ve listed all the equipment on it. It’s so cool. People are just really hungry for the gear thing, and it’s great, but it’s sad. 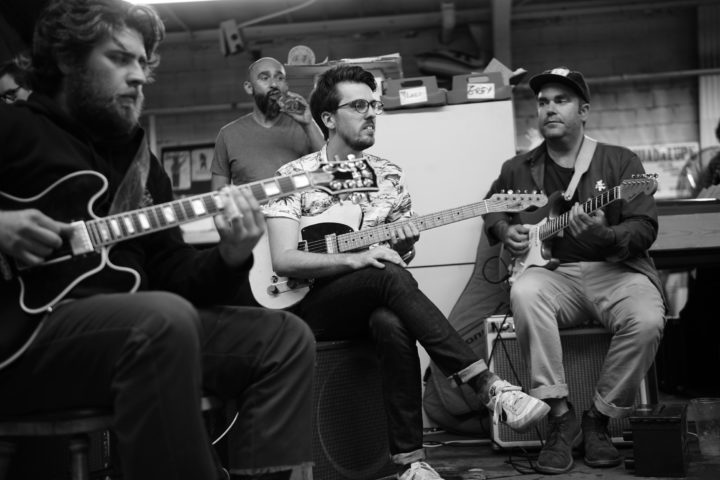 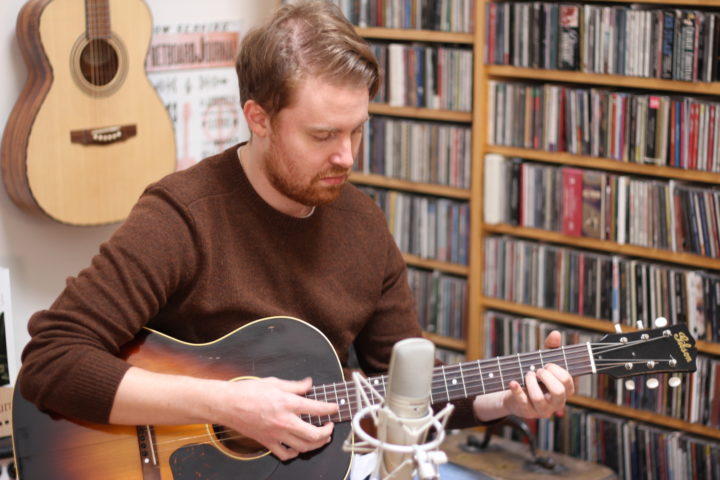 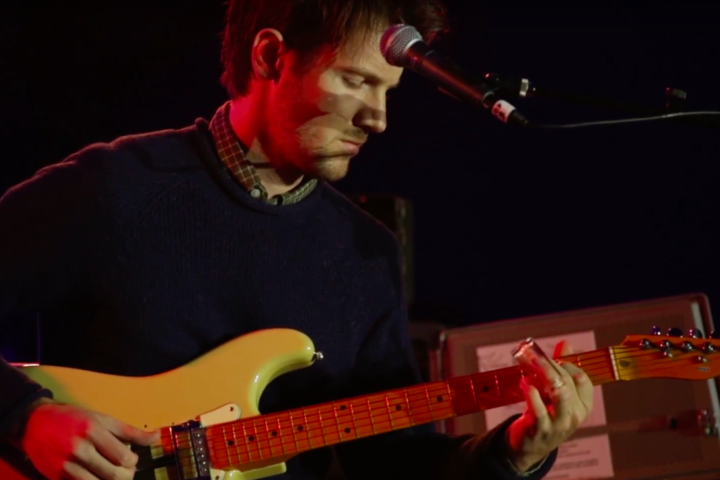