Behind-the-scene shots taken from our Fall 2008 cover story where David Lindley was interviewed by Ben Harper. Over the course of our photo shoot, the pair compared Weissenborns, Dumble amps and even played a tune or two. 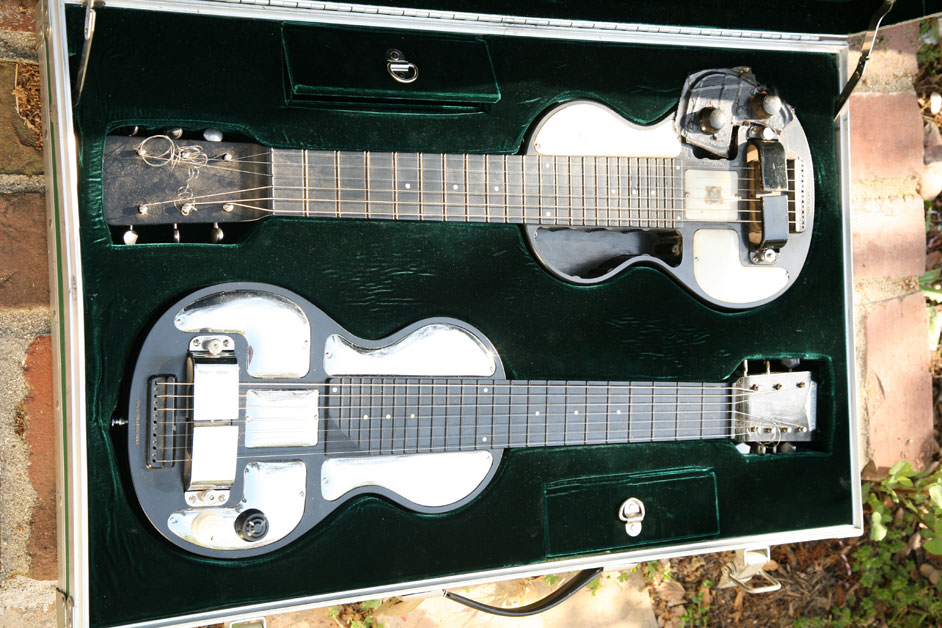 If this case could talk … These two lap steels from Lindley have to be two of the most widely-heard Rickenbacker’s known to mankind. One is a six-string and one is a seven. 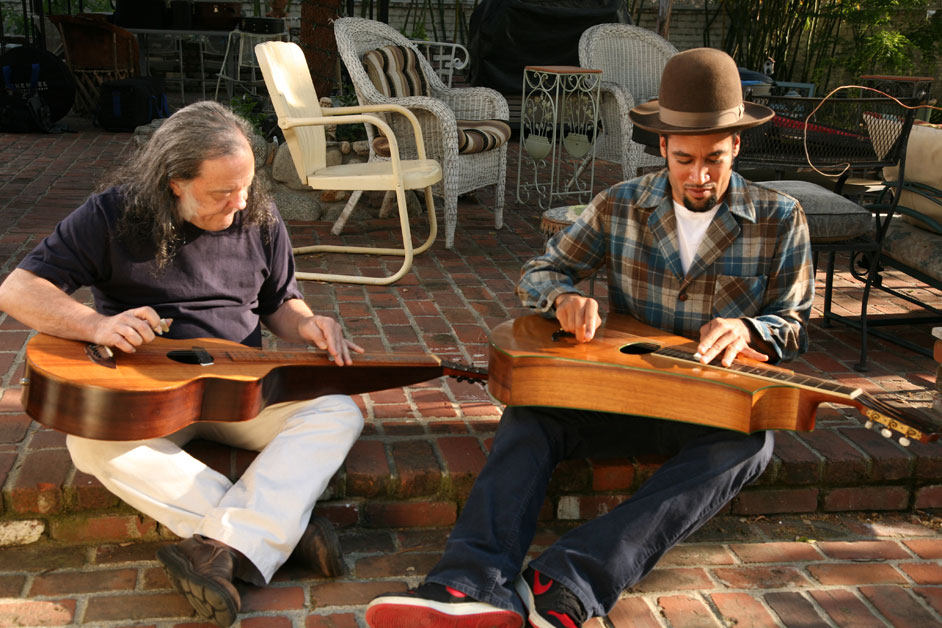 As our photo shoot progressed, Lindley and Harper decided to jam. 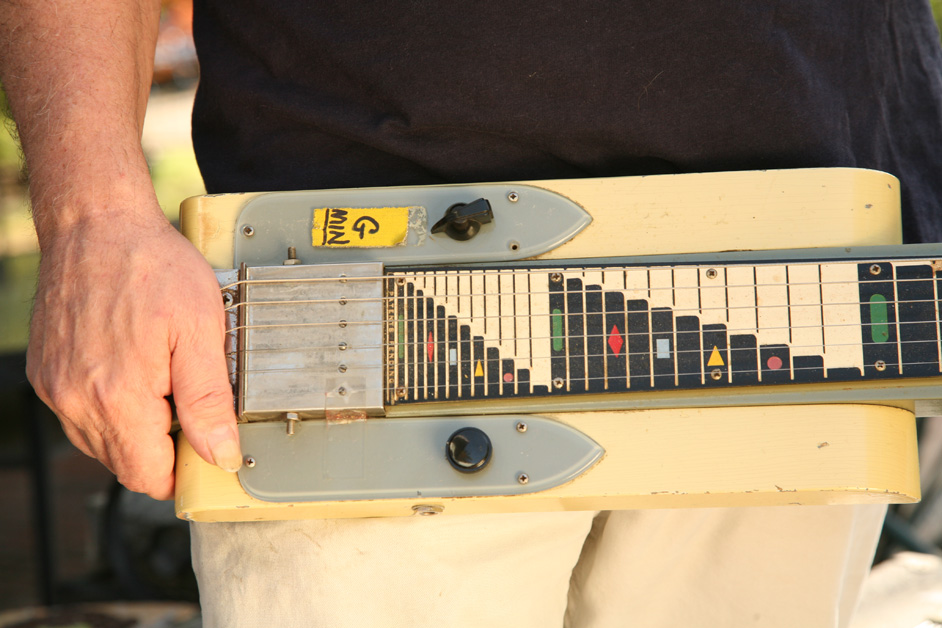 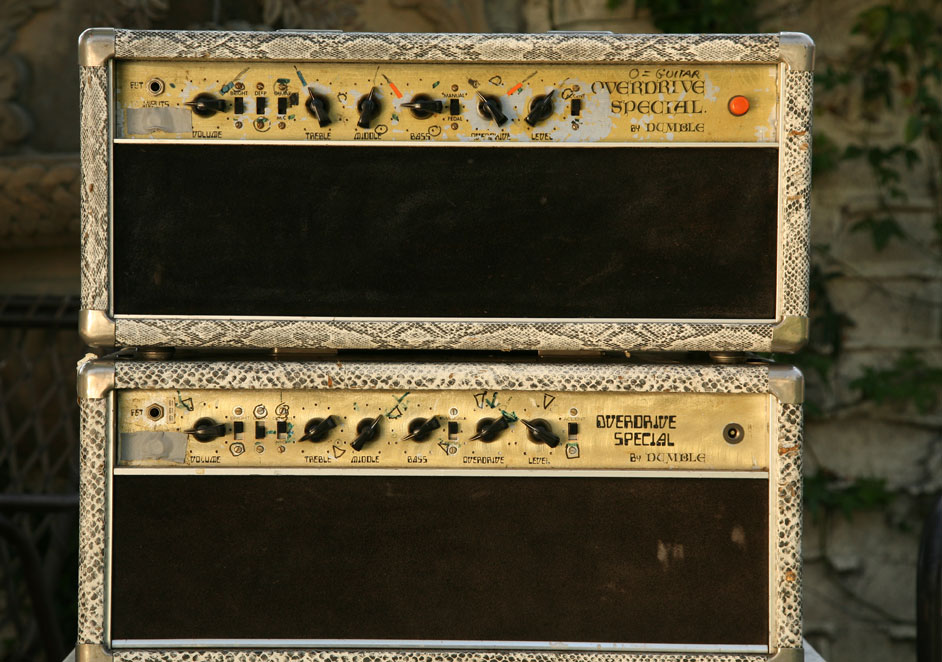 Lindley has multiple Dumbles but the one on the top, a 50-watt Overdrive Special, was used for many classic rock recordings, such as Jackson Browne’s “Running on Empty.” 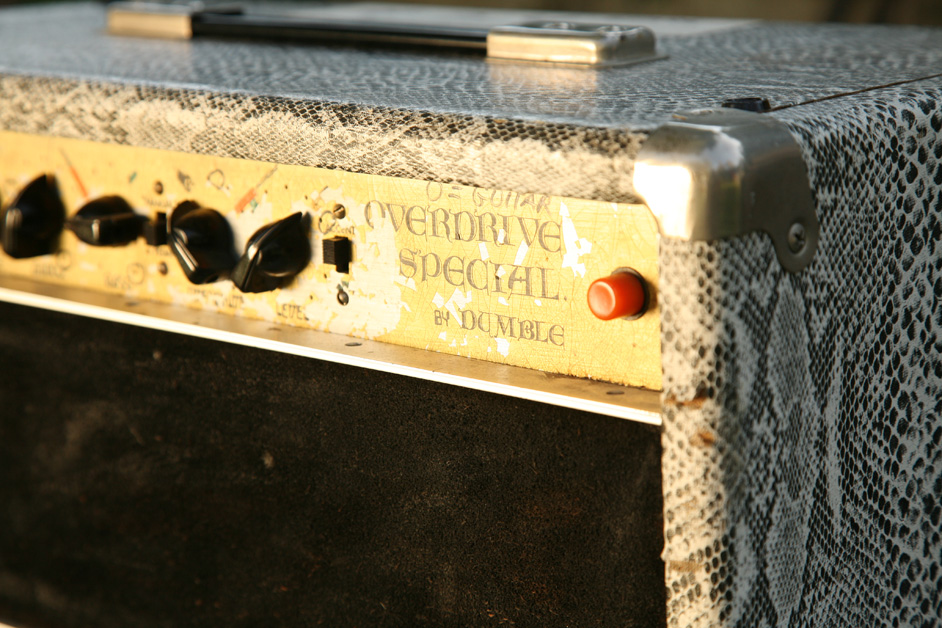 Close up of Lindley’s orange-light Dumble amp head. This is the second Overdrive Special Alexander Dumble built. It’s beginning to border on folk art with all the tape and ink markings showing Lindley’s preferred dial settings. 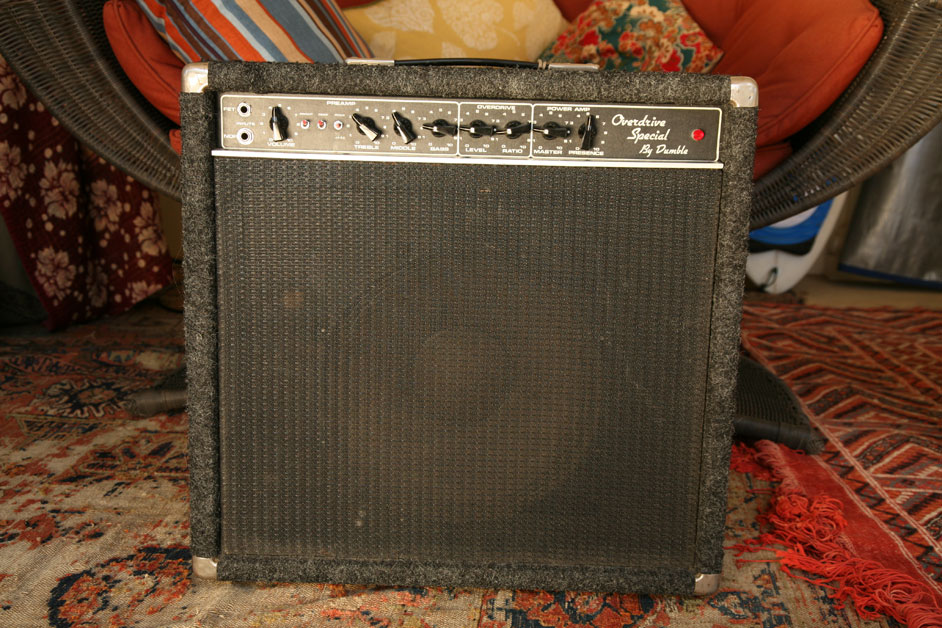 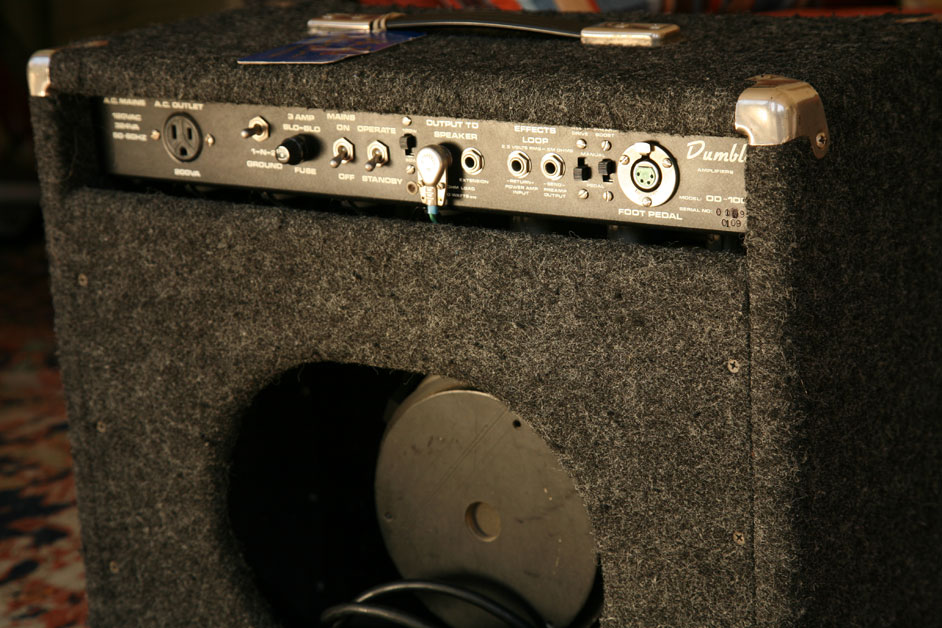 The back of Harper’s Dumble amp. 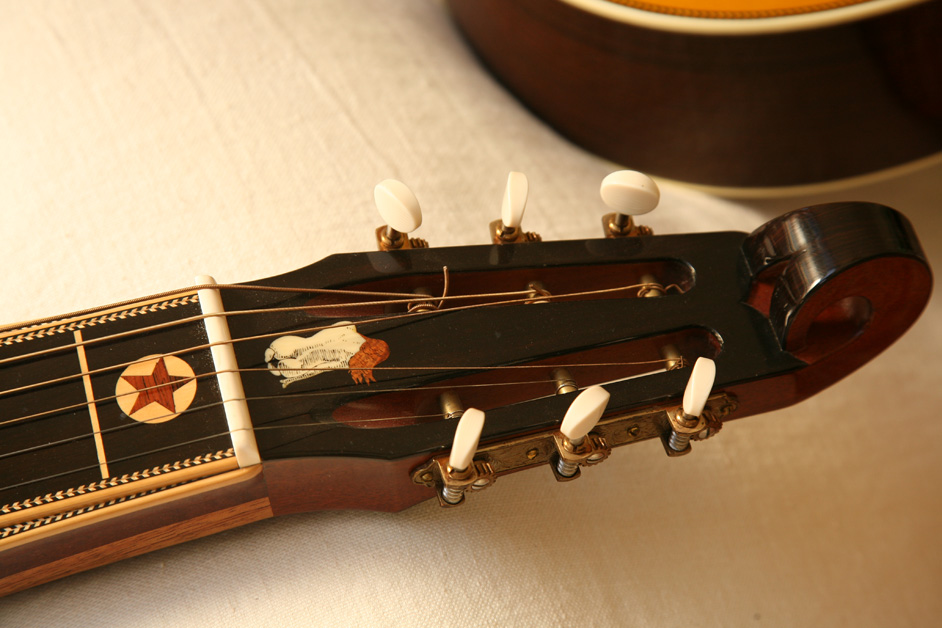 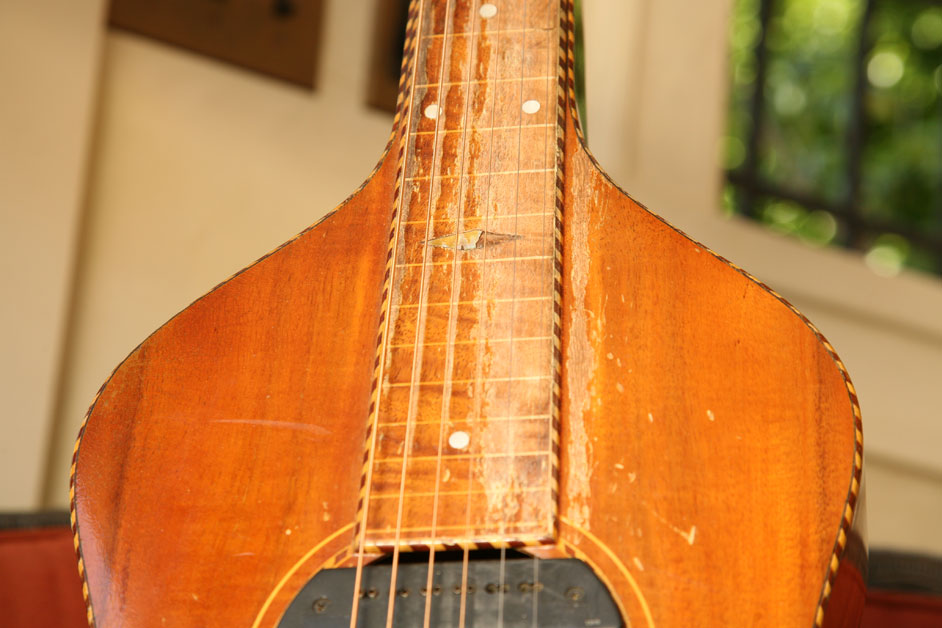 Ben Harper’s Weissenborn sports quite a bit of wear from his aggressive slide playing. 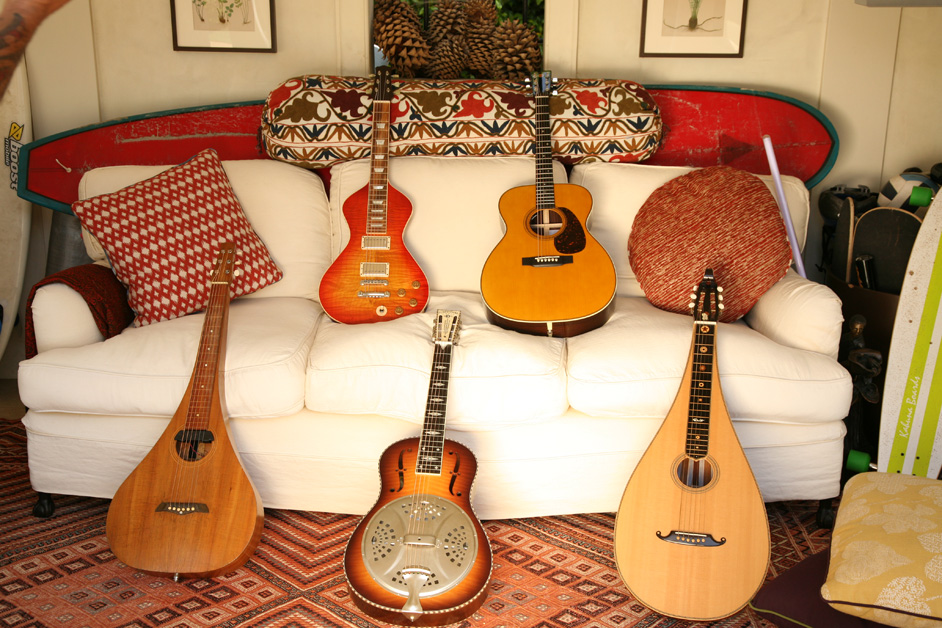 Some of the highlights from Harper’s guitar collection. From left to right: a teardrop Weissenborn, a Harper signature model Bill Asher lap steel, a National Western Model “D” guitar, Harper’s prototype signature model Martin, and a lute lap steel made by David Dart 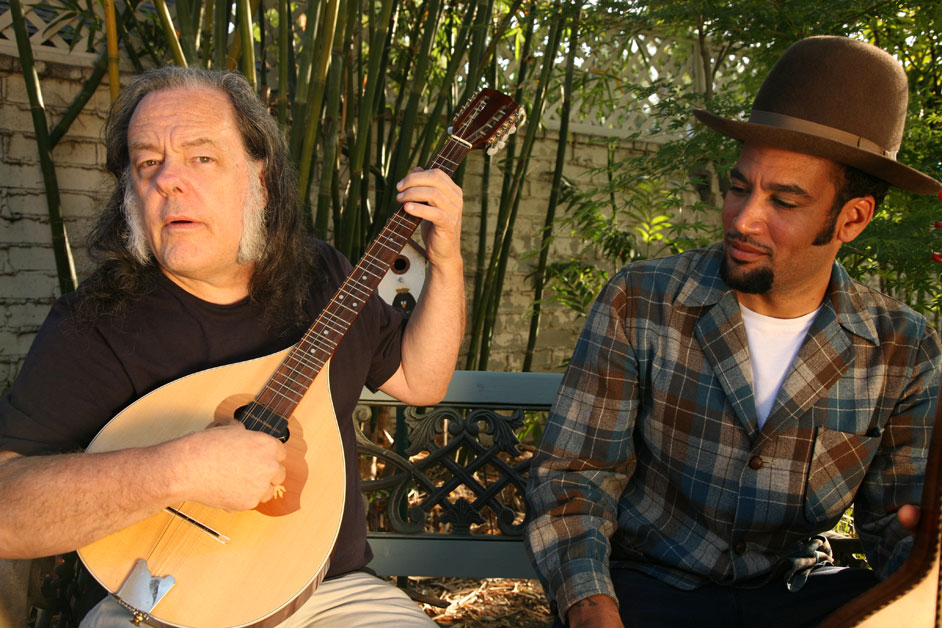 Lindley plays a tambur he purchased from Lark in the Morning while Harper looks on.