Los Angeles is vast. Too vast, arguably. If you live in L.A., as I do, its vastness means your afternoon rehearsal could be many miles from your evening gig. Your teaching studio could be light years from the repair shop where you’ve got to stop to pick up your guitar on the way. Any one who calls L.A. home eventually learns to deal with the epic commutes between Points A and B. It’s just a fact of life here.

For out-of-towners, though, Los Angeles will always seem an impossible nut to crack—particularly when it comes to the live music scene. Where’s the real music at? I’ve been asked this dozens of times by my musician friends passing through town for a gig or a session, looking to spend their night off listening to great Angeleno pickers and tunesmiths. Combing through the L.A. Weekly might lead them to a Watkins Family Hour show at Largo, or to the Baked Potato to behold Jackshit—and those would be evenings well spent. Still, most nights, there’s loads of top-shelf music going on all around L.A., beyond the tried-and-true venues. You’d only know about such shows by catching a short clip on the Instagram feed of some well-informed enthusiast, a day or two after the fact.

Do you have an L.A. visit coming up, or have you recently moved here and feel like you still don’t just know where the there is? Okay then. I’ll recommend a few under-publicized spots (below) for you to check out. I can’t claim to know everything cool that’s happening but this list will at least point you in the right direction. 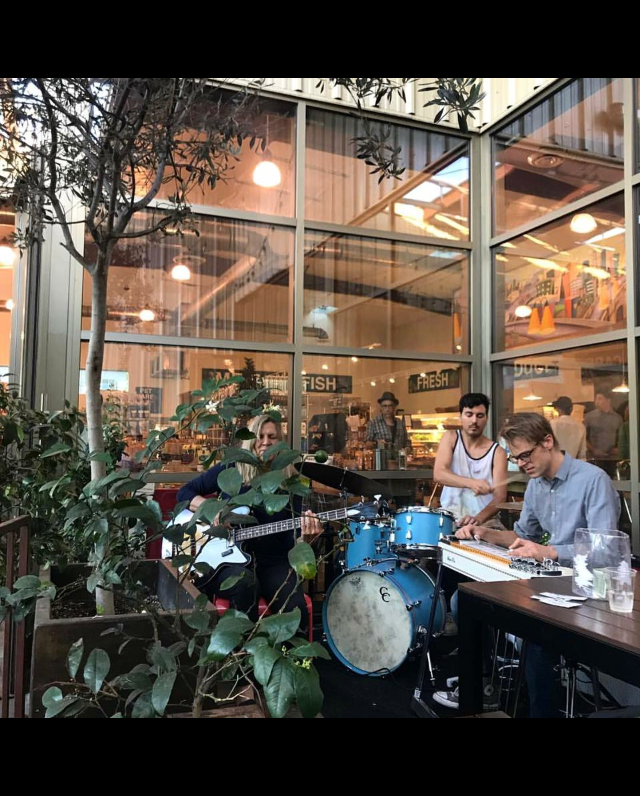 Urban Radish
Drummer Kyle Crane (a regular in Daniel Lanois’ orbit) plays at this bougie grocery on the outskirts of Downtown L.A. every Wednesday—that is, when he’s not on the road or in the studio—frequently joined by Rich Hinman and/or other great guitar players.

Arroyo Seco Golf Course
This wood-paneled room used to be the pro shop at this South Pasadena course and is now home to two different music series—both hosted by songwriter Brad Colerick. On Wednesdays, Wine and Song showcases artful tunesmiths, such as Freebo and Tom Kell. Jazz groups led by top guitarists, like Peter Sprague and Mark Goldenberg, can be heard at The Blue Guitar on Thursdays. 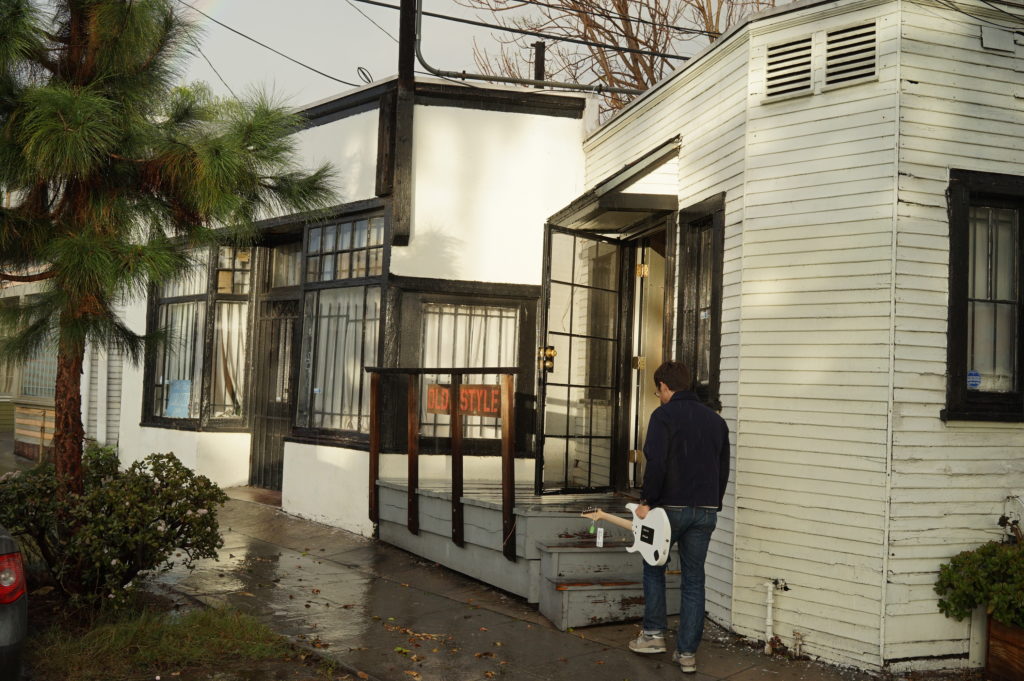 Old Style Guitar Shop
This vibey Silver Lake shop has just enough room for bands to set up and play. In recent months, proprietor Reuben Cox (whose photos are regularly featured in Fretboard Journal) has hosted Blake Mills, Mike Viola, and up-and-comer Madison Cunningham—to mention a few. Most shows are unpublicized. Give a call.
Cinema Bar
This lo-fi bar in Culver City frequently has pretty good live music. If you’re really lucky, you can catch a set by The Hot Club of Los Angeles (a gypsy-swing combo led by guitarist Jeff Ross). Pro tip: Grab a bite at nearby  Tito’s Tacos between sets.
The 701 Building
Each month, on the Saturday before the full moon, experimental Americana band We Are the West—co-led by troubadours Brett Hool and John Kibler—converts an underground Santa Monica parking garage into a cozy music venue where harmonic-convergences are to be expected.
The York
The York is casual gastropub in the heart of Highland Park, mostly frequented by neighborhood folks. They host live-music events on Sunday nights only. The Gimme 5’s—a Stax-inspired soul combo, featuring guitarist Rick Holmstsom (Mavis Staples’ longtime right-hand-man)—can be heard there on the second Sunday of each month.
1642
This Echo Park beer-and-wine bar has no sign out front to call your attention, save for the address painted in smallish numbers on the front of the building. (1642 is its moniker, as well as its address on Temple Street, just west of Downtown.) The Hi Fi Honeydrops—an tight-knit swing combo led by guitarist David Elsenbroich—have held down a Wednesday residency there for years.

Jones Coffee
Most Wednesday mornings, Mason Stoops and I pick ’n’ grin for doctors and business folk, music students (Pasadena City College and Los Angeles College of Music are both nearby), and other locals at this artsy Pasadena coffeehouse.

I’m sure there’s great music happening in many more under-the-radar venues around Los Angeles. I hope to keep discovering such places and I hope you will too. The only thing better than witnessing a great live music show is being at one that’s a bit clandestine. If you have to drive a little out of your way and into an unfamiliar nabe to get there, all the better. 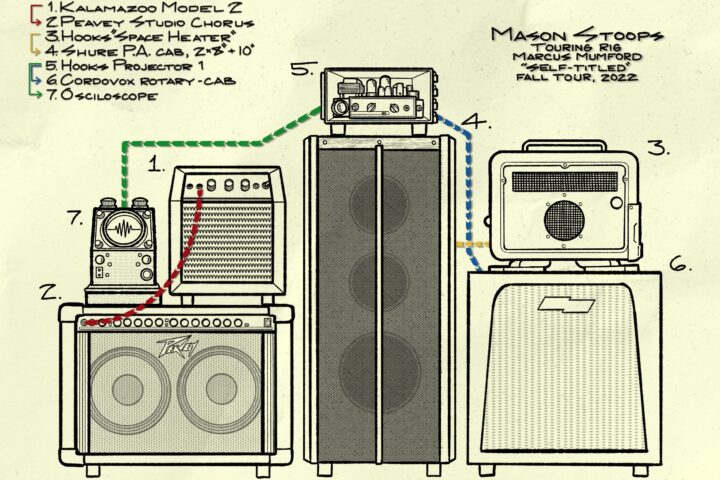 The Truth About Vintage Amps, Ep. 103