Hey you! Yeah, you, the person reading this little Catch of the Day about a vintage amplifiers. Have you checked out our new podcast, The Truth About Vintage Amps, with Skip Simmons? It’s a fun little romp through the mind of Skip Simmons and the world of vintage amplifiers, and in Episode 2, subtitled “Don’t Buy That Thing,” we asked Skip about the legendary Standel 25L15 amplifier, the one made famous by Chet Atkins, Merle Travis, Joe Maphis, et al, and coveted by a certain kind of vintage amp geek. Somewhat less coveted, but still mighty cool, is the 82L15V, manufactured in the early 1960s, when Standel was starting to transition from tubes to transistors (solid state), and not the way a modern mind might expect. You see, the 82L15V is a “hybrid” model, with a “transistorized” solid state preamp section and 6DQ6 tube power section (putting out ~25 watts). As it happens, we stumbled across a nice one just down the road at Dusty Strings, plugged in, and we dig it, mighty fine. 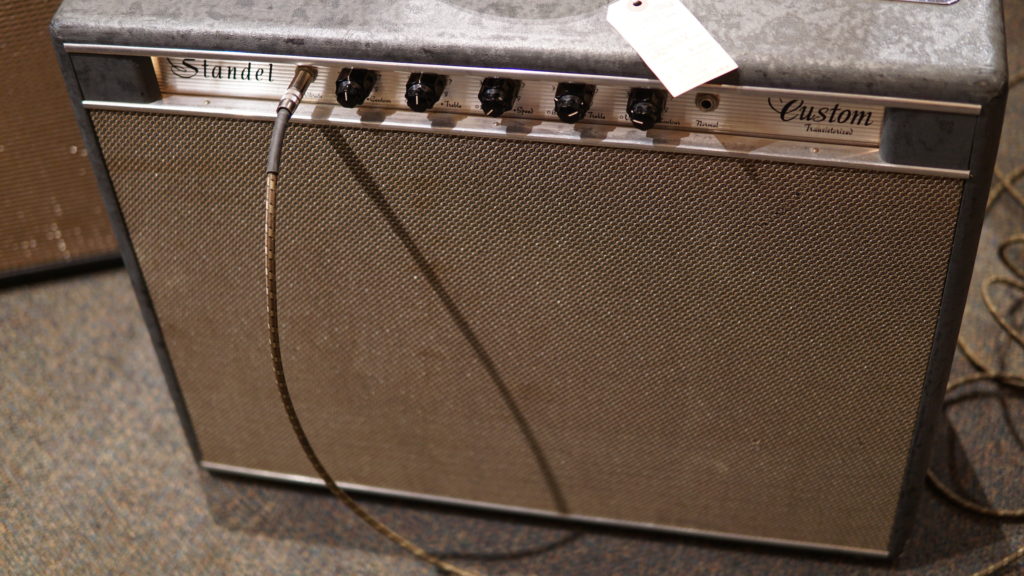 So, rounding out the basics on this beast, the 82L15V is a two channel (“Normal” and “Tremolo”) amplifier with a massive, 15″ JBL D-130F speaker. It sports a layout of separate concentric knobs for each channel, featuring Volume/Contour and Bass/Treble for both channels and Intensity/Speed for the Tremolo channel. The control panel also features tiny side lights that illuminate the panel, more or less, and make it look freakin’ cool. The tremolo is pretty awesome, with a wide speed range, from a wicked slow throb to a crazy quick chop. The sound is massive, and impossibly clean; there is basically nothing but headroom with this amp, probably the whole point of the hybrid design. If you haven’t played guitar through a 15″ speaker and associate 15s with bass amplifiers, you might be surprised: 15s can provide tremendous clarity, even tend bright, and are by no means thumpy, not just in amps like these but also in amps like the classic black panel Fender Pro-Amps. 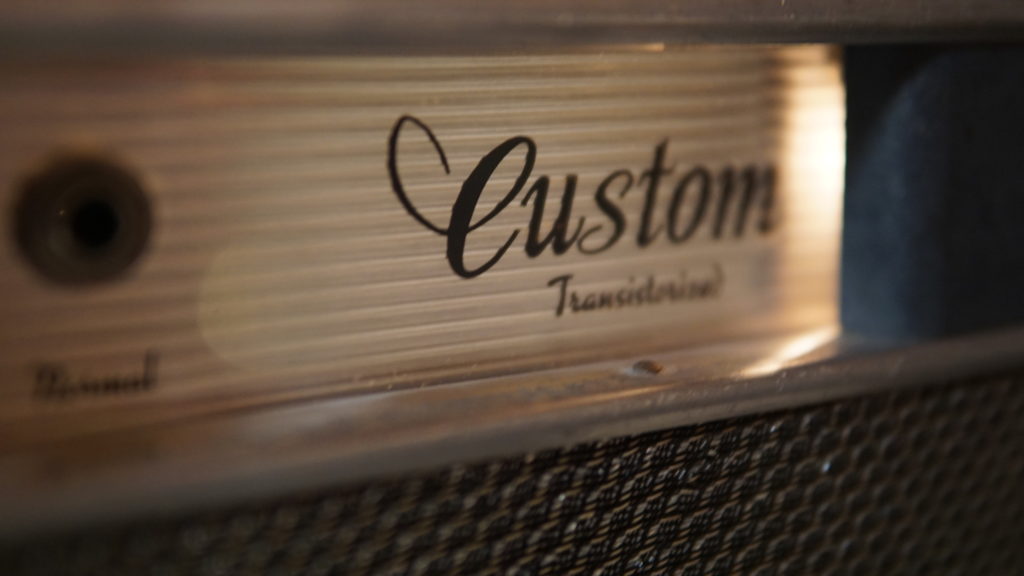 There aren’t many cons where this amp is concerned (assuming it’s your cup o’ tea), but they are worth mentioning. The “Contour” doesn’t seem to do much of anything, the concentric knobs are a bit of a pain – for a couple, I needed to hold the inner knob in place while I turned the outer, and it’s a heavy bastard, for sure. The footswitch is not included.

There’s some speculation that this amp once belonged to our friend Deke Dickerson, but when we reached out he confessed to once owning an 82L15V but could neither confirm nor deny that it was this particular one. Of course, while we had him, we asked for his thoughts, and he told us, “I always think these amps are really underrated. They are great sounding amps! These are not particularly loud, compared to the tube ones or even the later all solid state ones, but they do sound great!” He also mentioned that they’re hard to find, but not impossible. “Those amps are rare, but not one-of-a-kind. They definitely mass-produced them, but probably by the dozens, not by the hundreds.” 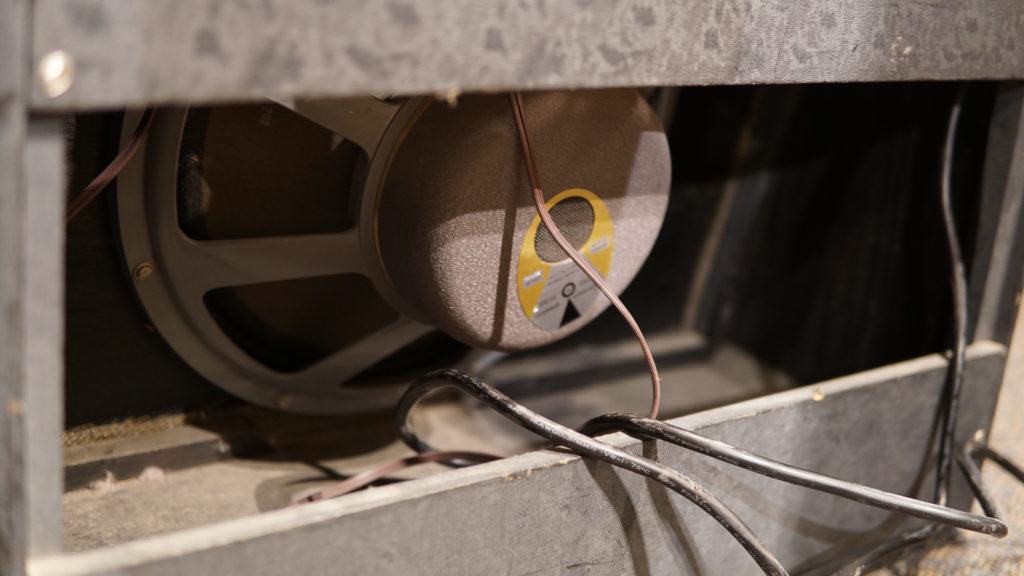 Meanwhile, back to Skip… Skip told us (and our listeners) that finding folks to service these hybrids isn’t particularly easy, so the fact that this one is in fine working order is a definite plus. Well-tended to, considering the quality of the build, you probably shouldn’t be concerned about potential service headaches. What we go here is a funky, great sounding clean machine, a cool vintage amp that won’t break the bank at a reasonable $895. Definitely worth checking out. 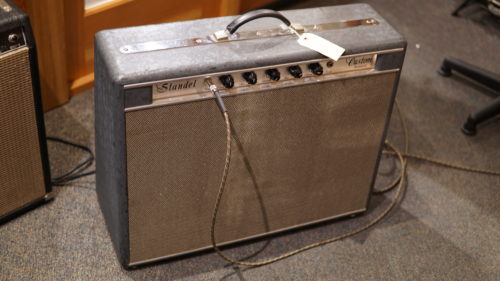 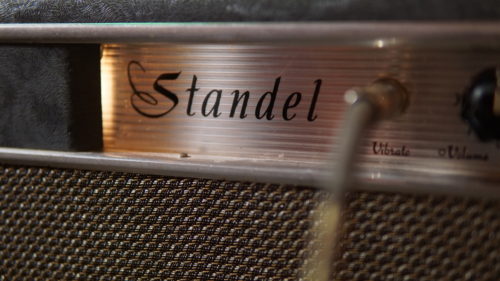 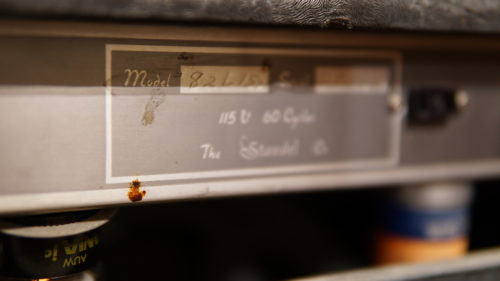 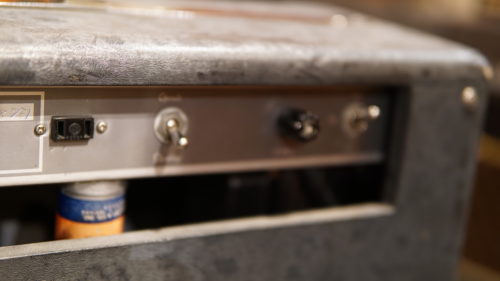 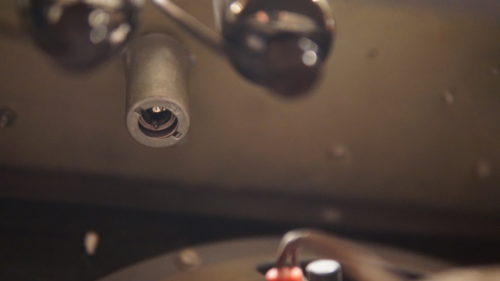 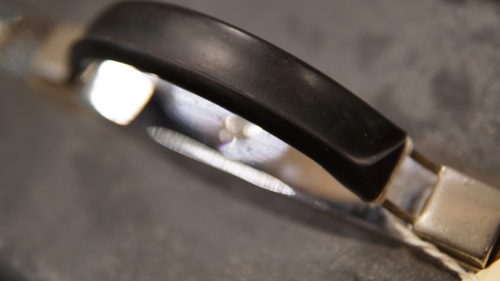