Tim Young may be best known for his guitar work in Wayne Horvitz’s Zony Mash but he’s also done a ton of session and studio work with everyone from Todd Rundgren and Fiona Apple to John Legend.

On this week’s podcast, we talk to Young about his gear of choice (he recently purchased a vintage Gibson SG from Chicago Music Exchange), his stint playing on the case/lang/veirs record (he’s immortalized as the subject of the song “Best Kept Secret” on the album), his routine as the guitarist on the The Late Late Show with James Corden and more. We also talk to Young about his time at Seattle’s Cornish College of the Arts and hear about how he found his guitar voice thanks to the music of Bill Frisell and Ween.

Added bonus: We shot video of Young playing with Bill Frisell at the Fretboard Journal, coming soon to our website. Stay tuned…

Special thanks to D’Addario for sponsoring this episode. 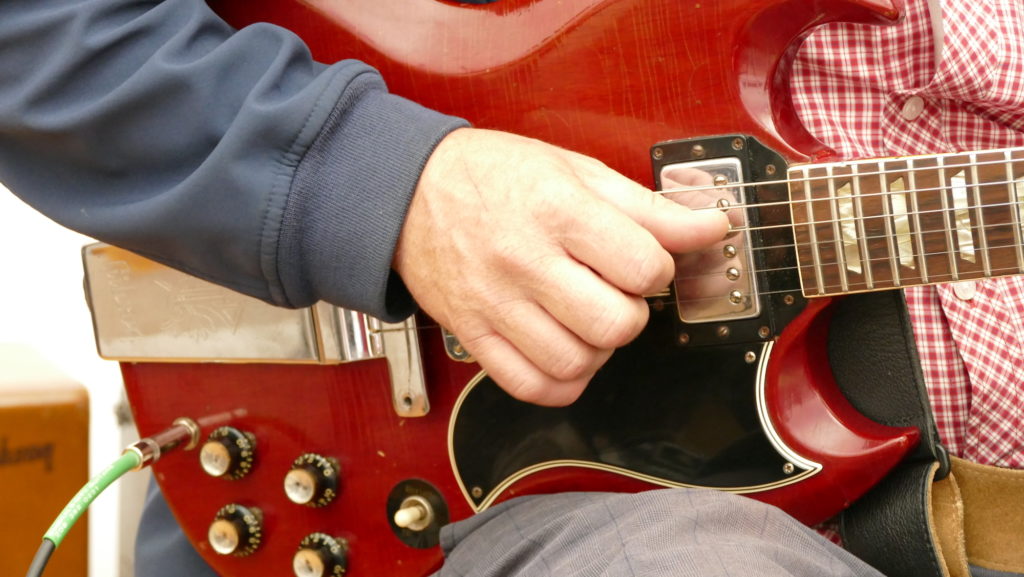