Anthony Coscia recently completed the ultimate labor of love: A working, 1/6 model replica of the Grateful Dead’s Wall of Sound. All told, Coscia ended up spending over 200 hours building tiny cabinets, individually soldering and installing 390 tiny speakers (some meant for cell phones), and even creating a lighting rig for his miniature take on the Dead’s 1974 stage setup.

Coscia posted his build updates to followers on his “Petite Mur De Son – Mini Wall of Sound” Facebook page (link), where the story of this Deadhead/luthier and his pandemic project went viral. Upon completion, Coscia donated his creation to a non-profit (where it fetched $100,000) and even ended up getting profiled on the front page of The Wall Street Journal (link). We couldn’t resist his story, either: The Truth About Vintage Amps’ Skip Simmons and Jason Verlinde recently interviewed Coscia on his pandemic project, his plans for future (larger!) Walls and all the little details that went into his build.

Listen to the complete interview with Skip, Jason and Anthony above or read excerpts below.

Excerpts from the Interview

Anthony Coscia: Correct. Been doing it for years, but this was really my first year where I kind of abandoned all other career aspirations and went full-time doing it. It was a half-time gig for years.

FJ: How many guitars have you made so far?

AC: I don’t know the total. This year, I’ll probably do a dozen and then maybe make 80 or so speaker cabinets. I never really expected to grow much beyond that because I prefer just to do the stuff myself and it takes time. I was kind of happy at a dozen guitars and a couple batches of speaker cabinets. 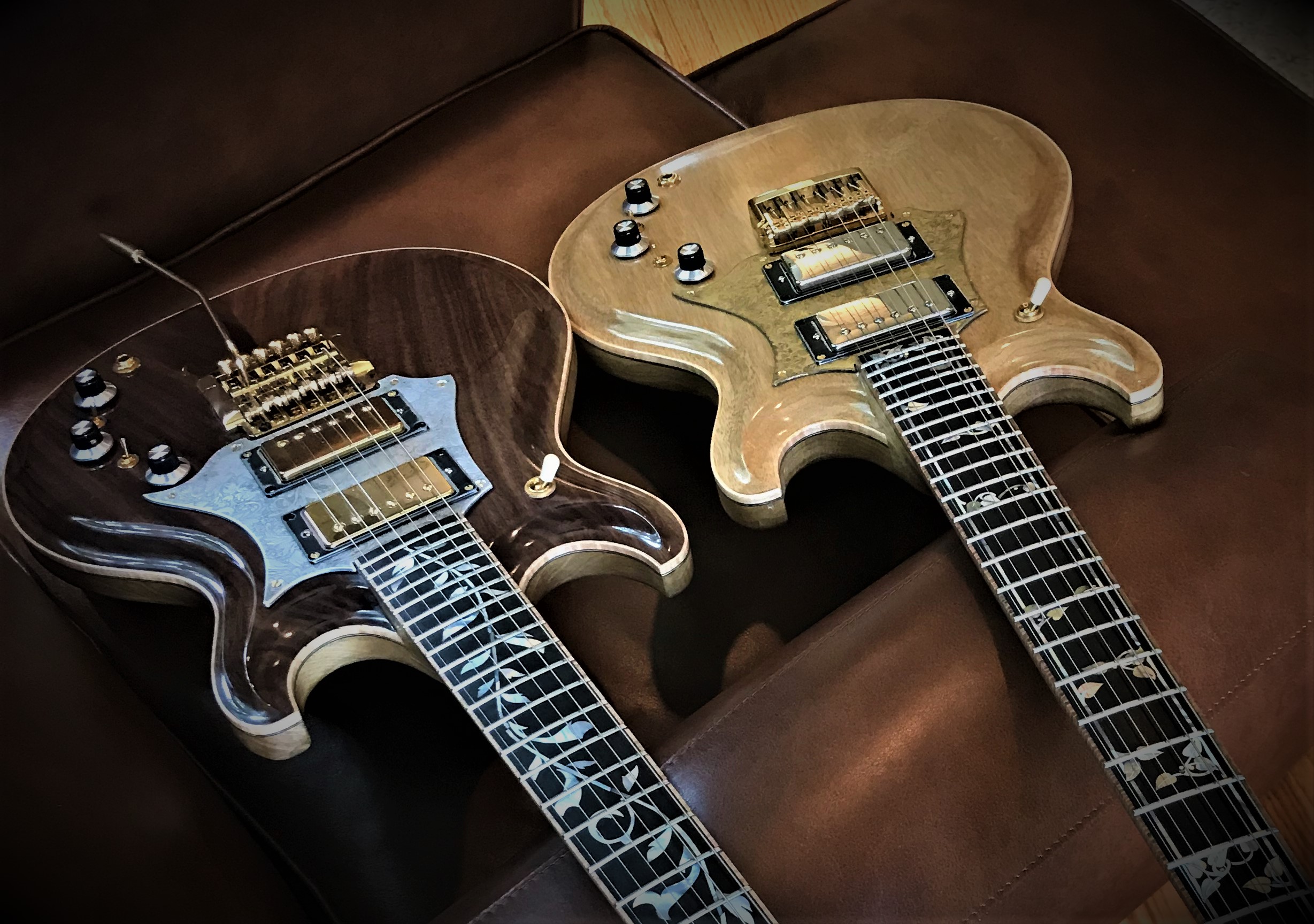 FJ: What are you doing differently with your cabinets?

AC: Honestly the speaker cabinets were sort of a commodity in my book. I cater to the Grateful Dead musician community. All those guys want “Hard Trucker”-style cabinets. They’re not rocket science. They’re really good quality, they’re well made. But they’re fairly simplistic. I started making them more as a way of servicing the community but also to get people to see my guitars. I make them because people want them and ultimately those people end up becoming guitar customers.

I’ll make 30 or 40 at a time. I’ll stack them up and take pictures and post them on my Facebook page. And then everyone will always chime in… “You guys just keep going and rebuild the whole wall.” And every time I sell them all, I’m like, “Shit, I’ve got no cabinets left.”

FJ: Just when did the idea of a mini Wall of Sound come to you? Was the 1/6 scale based around what you could get on the speaker front? Or did you have some other wild idea as to how you figured out its scale?

AC: I’ve always had this dream that, at some point in time, somebody would recreate the Wall as a permanent installation somewhere. Being in the speaker cabinet business and making these cabinets, I certainly knew that I could make the speaker cabinet end of it.

What prompted me to do it just now? One day [I was] working on the tail end of a speaker cabinet and had leftover Baltic Birch laying around. I literally just started tinkering around and made the frame of that center vocal array. It’s kind of hard to stop once you get started… it just kept going.

The size was only dictated by how much room I have [laughs].

FJ: What’s the diameter of the largest speaker?

AC: Largest speaker on that one was two and a half inches. The smallest one is 23 millimeters which is just under seven-eighths of an inch… just little disc speakers for a cell phone. You’re not getting real fidelity. Honestly, if I wanted to get the highest quality at that tiny little size, it would cost me more to build this thing than it would just to do a half-scale version of the Wall. It’s crazy. 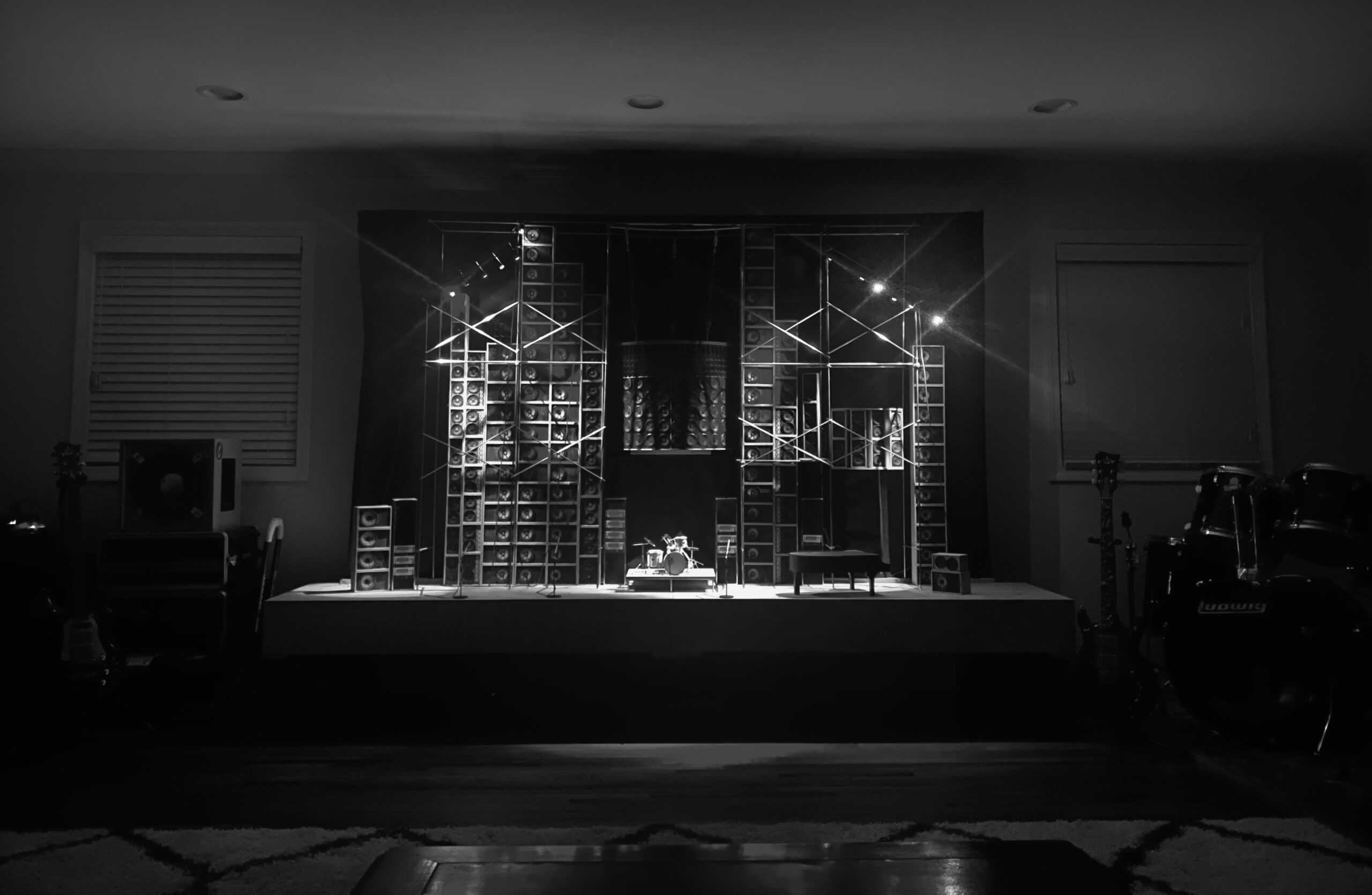 FJ: You re-created the Wall’s mics, too?

AC: Those are just models. I literally made these mic stands out of aluminum. [For the mics], I used humbucker screws [laughs] and then I dipped the ends of them in black paint to look like the little windscreens… they used cheap foam and rubber banded around the ends of them. I just dipped them in paint.

FJ: Your rig, when you look at it, has the right scale.

AC: That was a priority. If you look at and it doesn’t look like the Wall of Sound, it doesn’t matter how good it sounds. If it looks real, you turn the lights off, turn the spotlights on, and you feel like you’re looking at the Wall. Everyone will hear everything like they’re looking at the real thing. I think there’s a balance in there, but it’s got to look like the real thing first.

For every hour I actually spent, I probably spent four hours on the computer, late at night, sourcing cell phone speakers and just weird shit that your mind gets fixated on. You start going down the rabbit hole of what gauge speaker wire you use for wiring 120 cell phone speakers together! I spent hours trying to do that.

And, at the end of the day, I’d just use whatever I had left in the shop … [laughs]

AC: Obviously, you can imagine I got a lot of parts in Parts Express. They sell a lot of Class D stuff… just little board amps. They’ve got these Shure 4×100 class D amps that have 400-watt channels… anything over four ohms will do.

FJ: How many individual speakers are in this system that you had to solder together?

AC: [There are] 390 functioning speakers on this one. There should be closer to 600, but I gave up on the cell phone speakers. So on the left and right side of the stage you’ll see racks of speakers that have a parallel set of four-inch speakers or five-inch speakers. Those are all just pictures. I was done. 390 is good for the first one!

FJ: I read on Facebook that there’s a 2.0 version coming, but I don’t know what that is. Can you tell us or hint at it?

AC: I’m starting a second one now. I’m actually starting a couple at once because, I’d like to keep scaling this thing up until sooner or later someone ponies up … a venue big enough to rebuild a full-scale, permanent installation somewhere. This will be like a quarter to a third scale which is really the first size where you have decent speakers that are available. Everything is kind of predicated on what would be the five-inch speakers… the smallest speakers that I can find that are five-inch speakers would be one and a quarter inches.

So when you scale up from that you end up with just over a quarter scale.

The 15-inch speakers become four and a half inch. The 12 inches become two and a half, and then the five inch become one and a quarters. The whole thing becomes 10 feet tall by 16 feet wide, and 6- or 8,000 watts.

FJ: You just made the front page of the Wall Street Journal with this passion project. Do you just dive right in to version 2.0 or do you give yourself a break, build some guitars and cabinets and rest on your accomplishments for a while?

AC: I started planning version 2.0 in my head before the first surge of activity on the first Wall’s page. I think I always knew that if this worked out, I’d be starting the next, so I’m already sourcing parts and everything for the next one. I’m not going wait at all; I’ll jump right in. The publicity is great because it furthers my interest in keeping this going. And the more people that are excited about it, the more interest there is… and people funding and wanting to have bigger and bigger versions. At the end of the day, this is fun for me and I don’t want to take a break from it… I have to keep going. 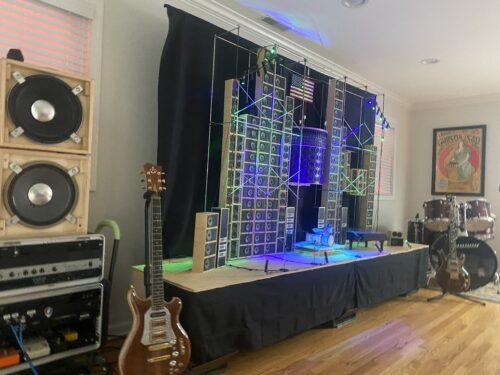 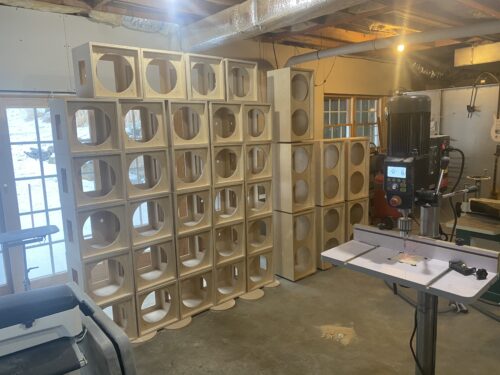 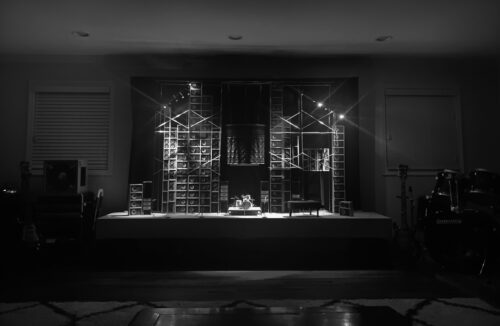 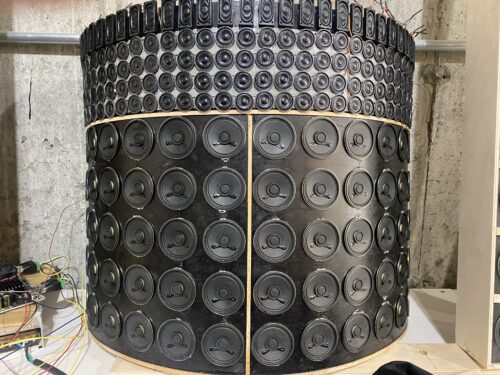 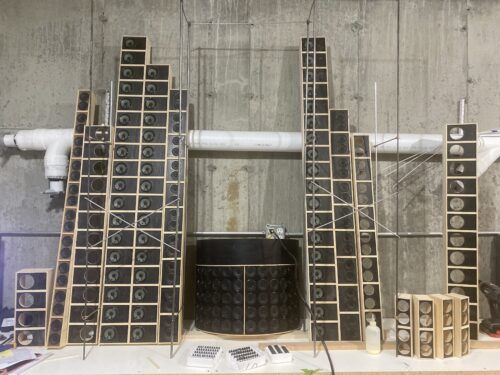 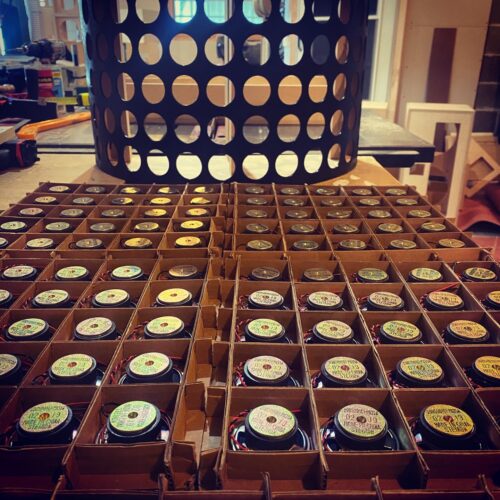 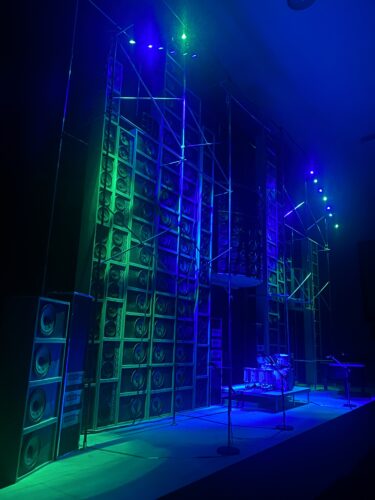 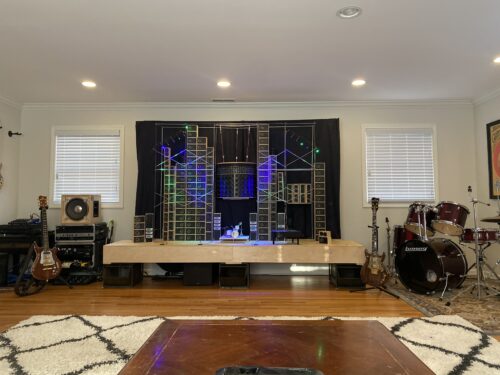 The Truth About Vintage Amps, Ep. 67

The Truth About Recording & Mixing, Ep. 7 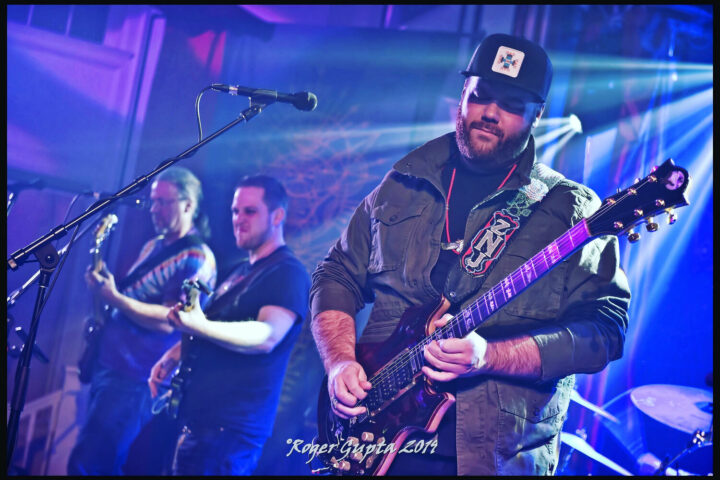 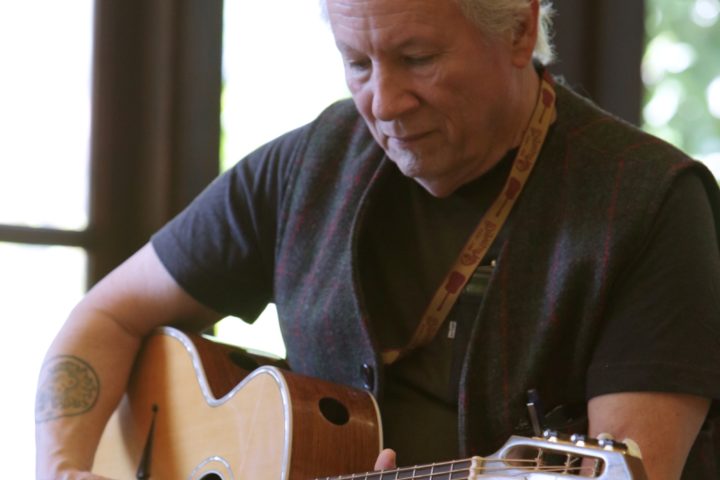