There aren’t many young artists who excite us as much as Molly Tuttle. Though the Bay Area native (now firmly rooted in Nashville) has just one full-length album (2019’s excellent When You’re Ready) and an EP under her belt, it certainly doesn’t feel that way. Though she’s only in her mid-20s, her playing – a mix of flatpicking and her trademark clawhammer guitar technique – and songwriting sound like the work of someone who has been honing their craft for decades.

Tuttle grew up in the Bay Area and spent countless hours at Gryphon Stringed Instruments (her dad, Jack, has been an instructor there for years). She stopped by the FJ right after her surprise visit to Gryphon’s 50th anniversary celebration. While here, she performed “Take the Journey” for our cameras, professed her love for the production work of Jon Brion and, of course, talked guitars.

Fretboard Journal: You just played a song for us with your Pre-War guitar.

FJ: Is that your main instrument on the road right now?

MT: I’ve been bringing that and my Preston Thompson guitar. Those have been my two main road guitars for the past year or so.

FJ: Do you go back and forth between the two? Or does it always start off with one? Is one a backup?

FJ: Are the necks similar?

MT: The Pre-War has a fatter neck, which takes some getting used to for me. I generally like the skinnier neck size. But I think they model the necks after pre-war Martins… the fatter, ‘30s necks.

FJ: Are you the kind of player who is always looking for new guitars or are you happy with what you have?

MT: I’m pretty happy with my guitars right now. I like playing guitars and checking them out, but I’m not like always in the market for new guitars.

FJ: We also saw you play electric a bit?

MT: Yeah. Just doing it for the ‘gram! I really want to get better at electric. I find it really hard. It’s so different. I played it when I was a kid a little bit but I never really got the technique down. It feels opposite to me… if you play a string harder on the acoustic guitar, it gets louder, but on the electric it feels like the opposite. You have to play it with a different touch.

I recently sat down with Kris Donegan, who played electric on my album. He was showing a bunch of stuff which was really fun.

FJ: I was going to ask you about When You’re Ready. It’s an amazing record. Living in Nashville, as you do now, it has to be an embarrassment of riches when you think about putting together a record and who’s going to play on it or produce it. What was your thought process behind it?

MT: It took a while to find the right producer. Ryan Hewitt produced it. We met while I was looking for a producer. I was a few months into looking for someone, and we instantly connected on a lot of the music he’s worked on, the music we both listen to, and what we like. We had this connection. I played him some of my songs and I really liked all his ideas. So the core band was all people that he chose. I didn’t know any of the guys who played in the main band. And then I brought in a bunch of special guests who were people that I knew and had been friends with for a while.

FJ: Was it fun to play with strangers? Or a challenge?

MT: Yeah. It was fun. I met all of them beforehand. We’d set up and we’d get breakfast with them all beforehand. So I wasn’t walking into the studio and being, Hey good to meet you… like total strangers. But I hadn’t played music with any of them before that.

It was a less comfortable environment than when I recorded my EP; [there] I had people I had been playing with for years with me. But this allowed for a lot more experimentation and trying different sounds, which I found really fun.

FJ: When you were talking to him about records and influences, what music were you referring to a lot? What was the vibe you were going for?

MT: We talked about Aimee Mann a lot and Jon Brion’s production. I was listening to her a lot and Ryan is a huge fan of her’s as well. And we both think the production on her records is so cool. That was like a big point of reference for the album. He worked on a couple of Avett Brothers records that I really liked and that’s kind of where I got the idea that he might be a cool person for an acoustic record that had all these other components to it.

He’s worked on Avett Brother’s records, but he’s also worked on Blink 182, and Red Hot Chili Peppers [albums]… those were all bands that I listened to as a kid

FJ: Did you take the same two guitars that we were just talking about to the session?

MT: I played just the Pre-War. I hadn’t gotten the Thompson guitar yet. For one track, we went to Carter Vintage in Nashville and Christie Carter gave me one of her old 000 Martins. I played that on one track, “Sleepwalking.” It had this really warm, mellow sound that I liked for that track.

FJ: Carter Vintage is a good lending library to have. You’re doing videos for them now, right?

MT: Yeah. I’ve done a bunch of videos for them over the years. Now it’s gotten to the point where I’ve done so many that I go in and they hand me a cool guitar and I can’t remember what tunes I’ve already played in the other videos. I’m starting to repeat tunes, just because I’ve done so many. But it’s always so fun and they always have new guitars that surprise me each time. They had the second-ever D-18 the last time I did that.

FJ: Of all those guitars you’ve had a chance to demo, were there any where you felt like you needed to take it home?

MT: I always love the old 000s that I play there, because I don’t have an older one right now. They just have such a beautiful, mellow sound. That size of guitar is really comfortable for me. I just always dream about having one of those and writing songs on it and just having a really fun guitar at home.

FJ: Are you already starting to think about your next album?

MT: I’m starting to think about it. I’ve been getting back into writing mode and I’ve set up some co-writes. So far, I’ve just been writing on my own but I haven’t gotten a song yet that’s felt like, “Yes, this is like, the direction of the new record.” So I’m just trying to write as much as I can and see where that takes me.

FJ: Do you already have in mind some folks you want to collaborate with? Have you already talked to anybody about it?

MT: Yeah. I think I have something on the books with Caroline Spence right now. She’s a great writer. I have a friend, Kyle Ryan, who I wrote the song, “When You’re Ready,” with. I reached out to him and I want to write more with him and he’s going to around a bit this winter. I’m excited to dive into writing with him a bit more.

FJ: In terms of songwriting, do you feel like you’ve been able to gain some knowledge from all the Nashville old-timers you’re now rubbing shoulders with?

MT: I think so. And it’s sunk into my own writing in different ways. It’s cool to see how different people write. I’ve written with some people who just write so fast. I have to think about stuff for a long time; I might start writing a song and then go do the dishes… I’m still processing it. But it’s been inspiring to see some of these writers: They do it every day and they just churn out songs.

FJ: When it comes to songwriting, are you looking for a melody and lyrics first?

MT: Yeah, pretty much. Every now and then, I’ll get a guitar riff that’s cool. Especially if I’m writing one in a different tuning or clawhammer guitar. I might start with more of a guitar thing. But lately I’ve been starting with a melody or lyrics, writing the song and then trying to fit the guitar playing around it.

FJ: Amidst all of your tour dates, I saw you were able to stop by the Gryphon Strings 50th Anniversary party.

MT: Yes. It was awesome.

FJ: We’ve written about this in the magazine, but you sort of grew up in that store.

MT: Yeah. There were so many people there. My dad was saying, “Wow, I haven’t seen some of these people since the ’80s”. One woman was like, “I was there when you had your first trip to Gryphon and you were a tiny baby.”

FJ: She remembered that?

MT: Yes. I guess she knew my mom, and my mom brought me into the store as a baby.

FJ: A lot of kids whose parents are musicians don’t want to play music. Did you ever feel that way? Or were you always into it?

MT: Even as a really little kid, I always wanted to play an instrument. And then I got really into it as a teenager. I had this really strong drive to practice; it got stressful at times. I was always pushing myself to practice a lot. At times, it just got to be too much for me. I was putting this extra pressure on myself. But I’ve always wanted to work really hard at music and being a musician and writing songs.

FJ: Did you take guitar lessons from your dad?

MT: I did at first. As a teenager, I broke off more. I wanted to do my own thing. But he taught me so much. For my dad, it was fun. He could try different things out while teaching me.

FJ: Do you enjoy teaching?

MT: I do. I’ve actually missed it this year. I haven’t done any teaching. I usually do at least a couple of camps and maybe a handful of private lessons. But this year my touring schedule is too hectic, and I just decided to take a break from it.

FJ: You probably have seen some incredible guitars in your travels: What’s the finest guitar you’ve ever played, that is not in your collection?

MT: That’s tricky. I’ve played a lot of really cool guitars at Carter Vintage, Gryphon and different music stores. So it’s hard to pinpoint one. But the one that I love is my Dad’s old D-18. It’s a ’44. Since that was always around the house, it’s so comfortable for me. Every time I play it, I’m like, “Oh, I love this guitar.” It’s not the most expensive or fancy, but it sounds amazing. 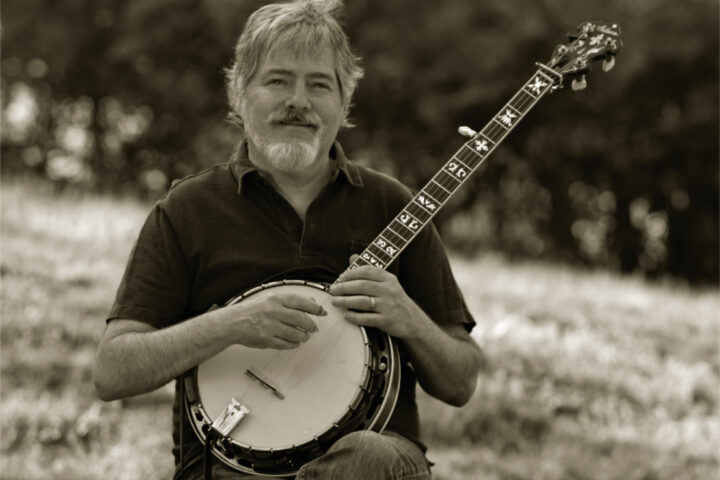 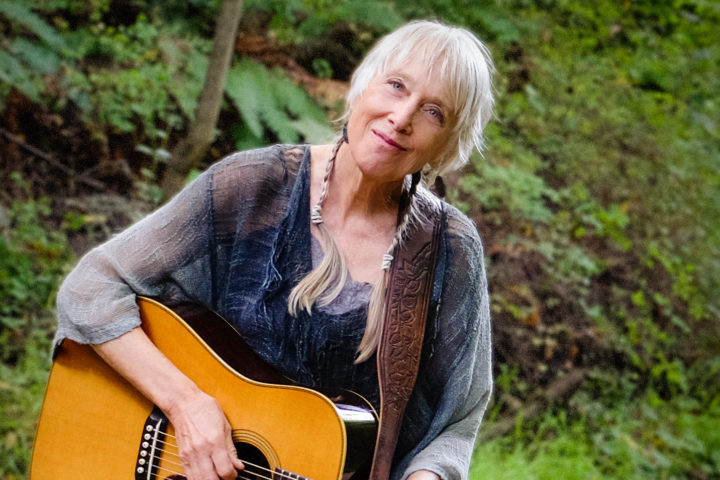 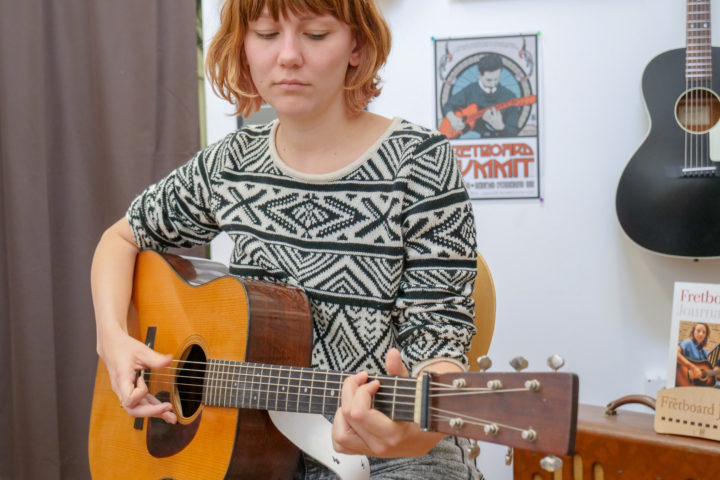