Necessity is the mother of invention. When guitarmaker Ed Bond sensed that his then-employer (Larrivée) was scaling back on operations at its Vancouver plant, he began to double-down on making his own instruments. Off-the-clock and out of his cramped East Vancouver basement workshop, Bond began building high-end Tinker Guitars and soon thereafter started a budget line, Halcyon Guitars.

In 2013, Larrivée moved its entire operation to Oxnard, California. Since then, Bond and partner Ryan Jones (also a Larrivée alum) have been working full-time on the Halcyon and Tinker instruments. The Halcyon line, in particular, is appealing to guitarists who want a customized acoustic instrument at a bargain price (models start at $1299 Canadian, case not included). Among other places, the Halcyon line enjoys a cult-like following on the Acoustic Guitar Forum.

If you want to hear more about these instruments, listen to our 2013 podcast with Bond here. 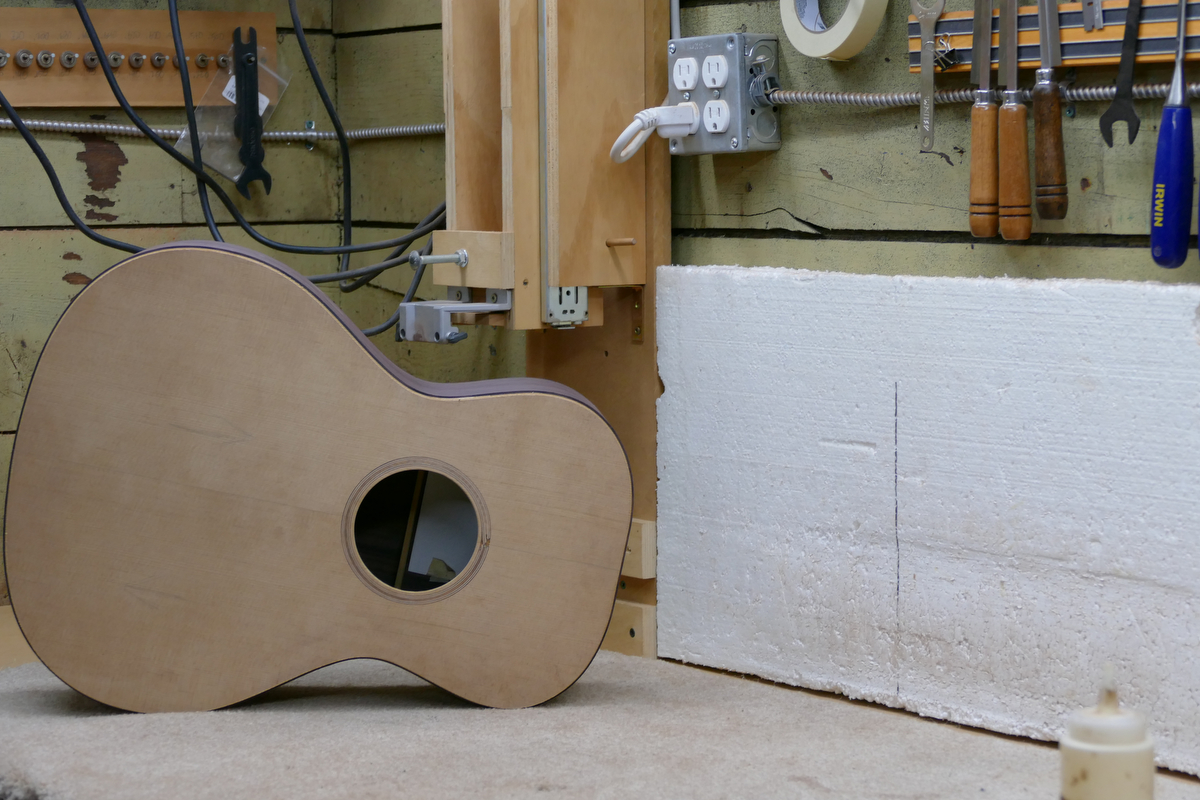 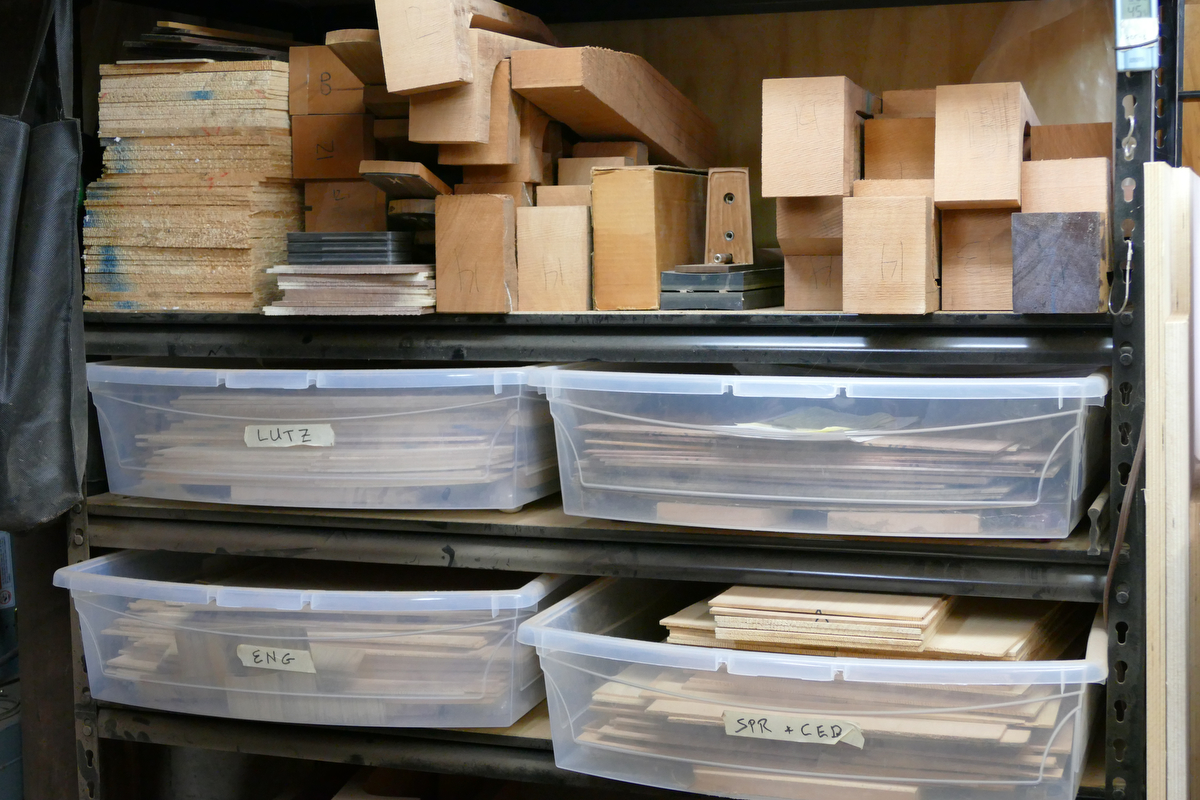 Halcyons come standard with Sitka spruce tops and African mahogany back and sides but a variety of woods are available. Bond recommends the Lutz option as a top upgrade. 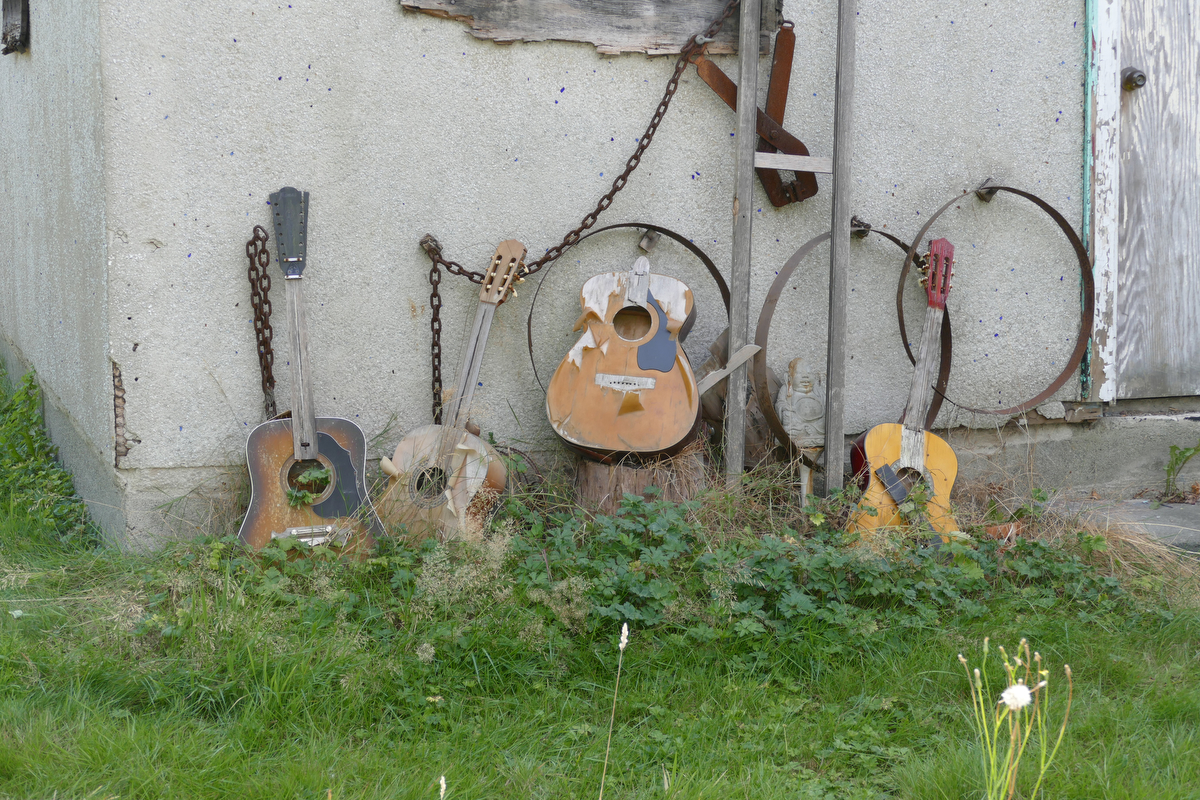 A little lawn art in Bond’s backyard to remind you that guitars are built here. 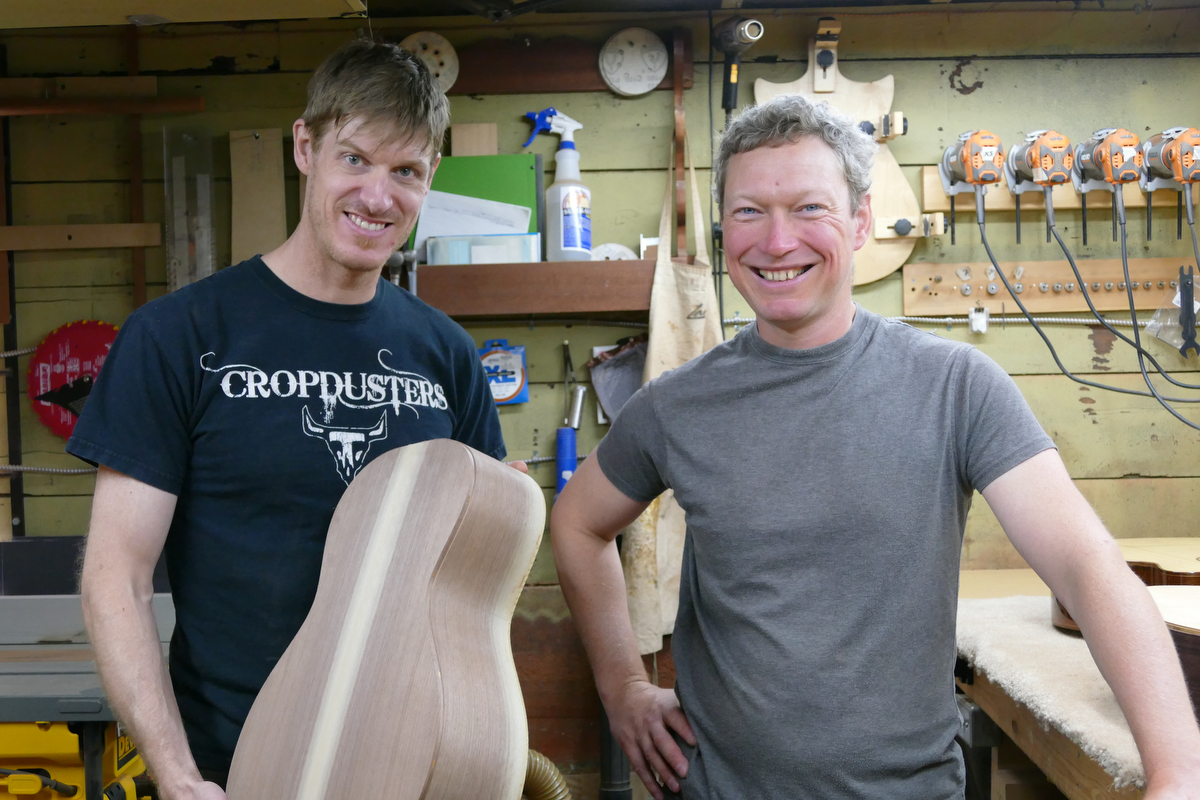 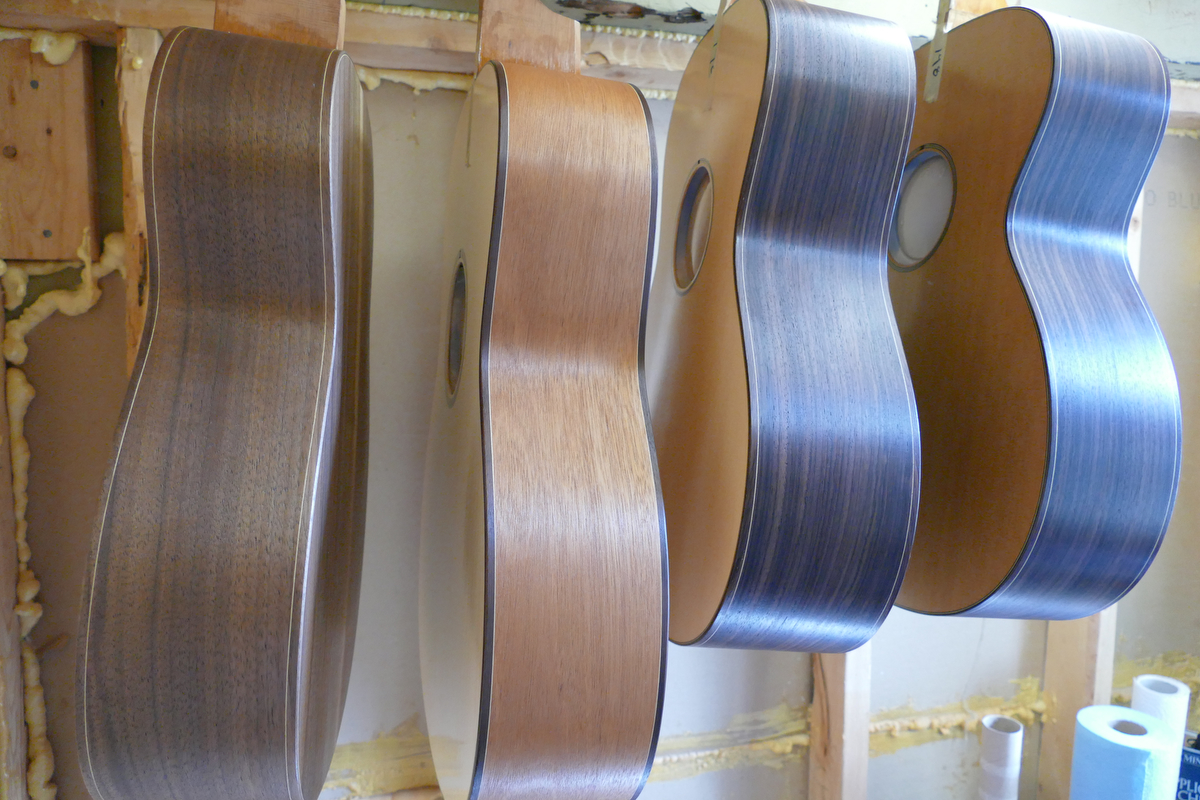 The drying rack. Halcyon uses a hand-applied satin varnish to its instruments. This process requires dozens of applications but reduces their need for a pricey spray booth. 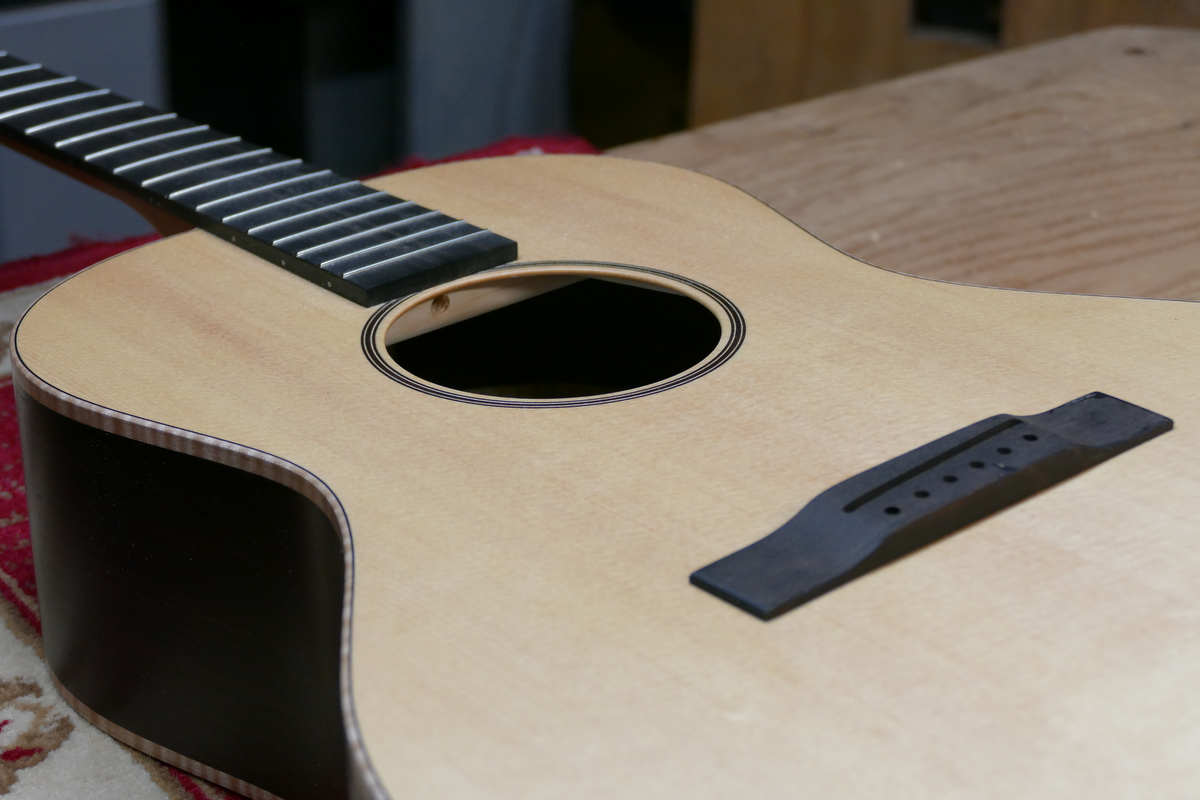 A near-finished Halcyon. By limiting ornamentation, Bond is able to produce an affordable, North American-made instrument in a relatively quick fashion. The company produces between six and eight guitars a month. 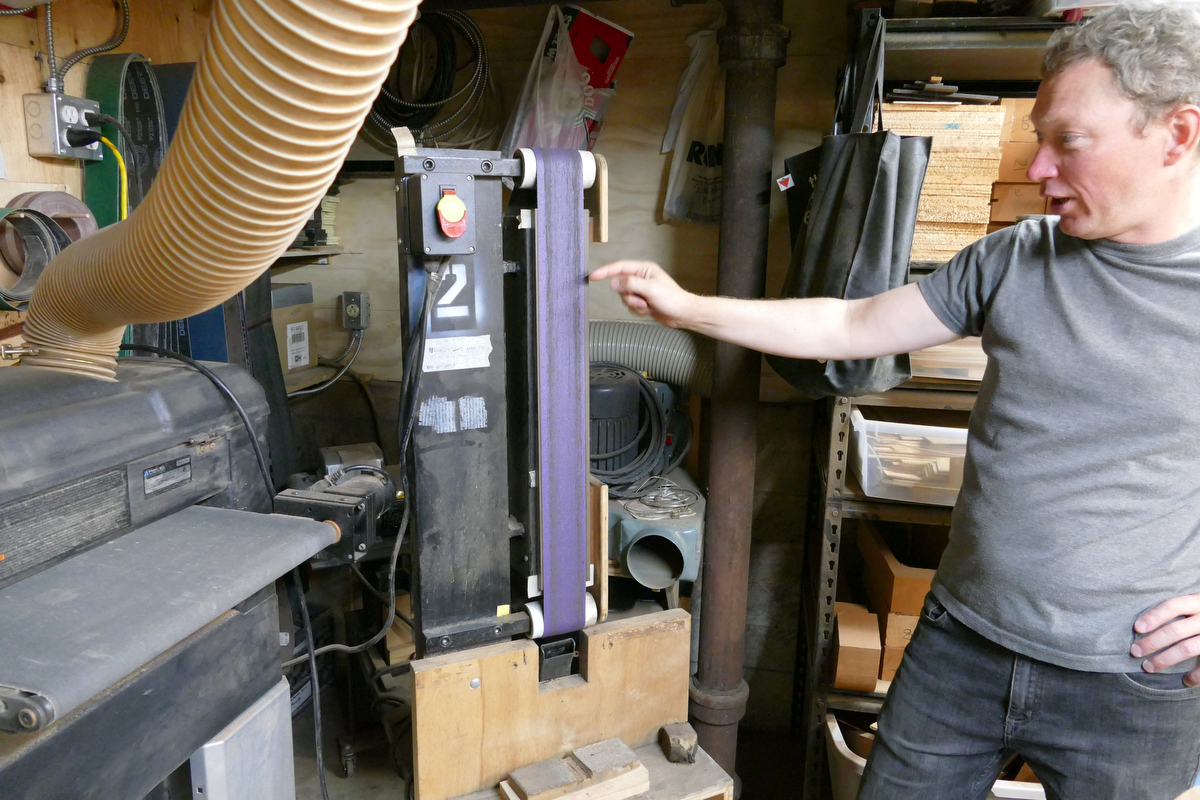 One of a few tools that came from Bond’s previous employer, Larrivee guitars. This sander is set up to create a compound radius to fingerboards. 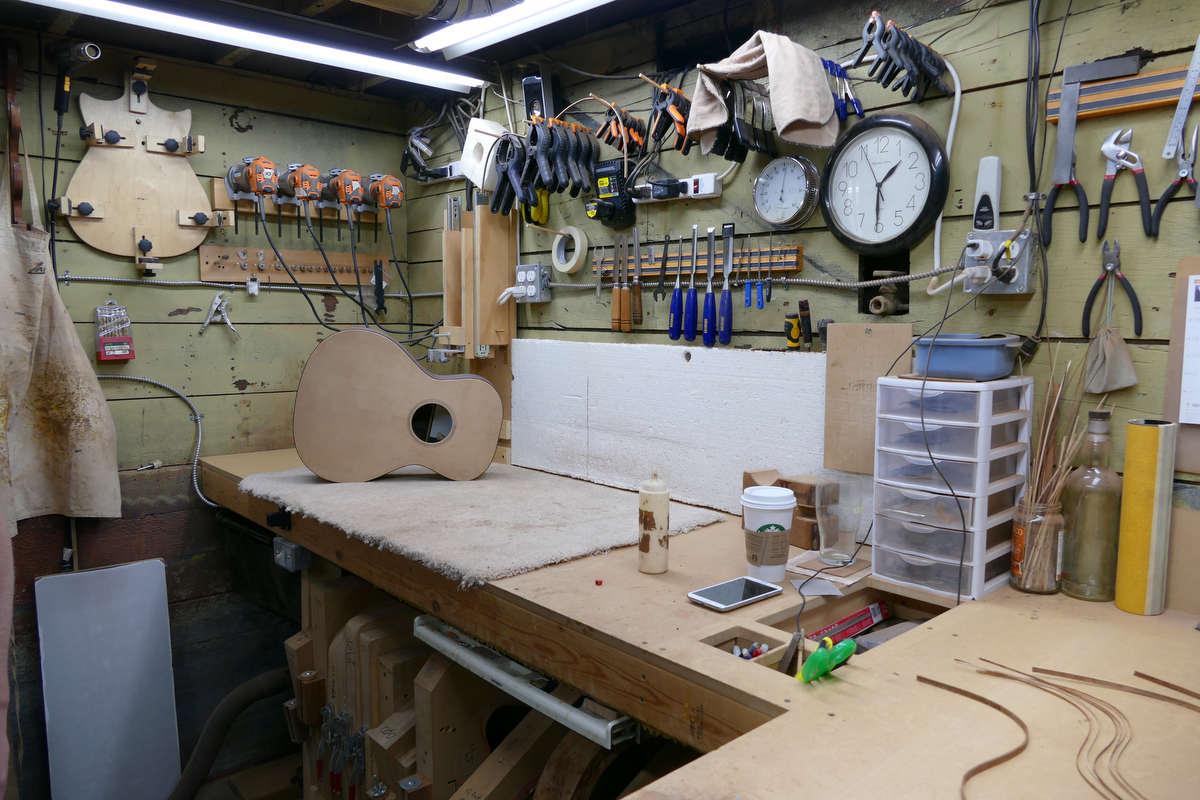 Bond has built an impressive workshop out of a very small space. He’s quick to employ jigs and templates that will result in a quality product with minimal man hours (a CNC may be on the way soon). 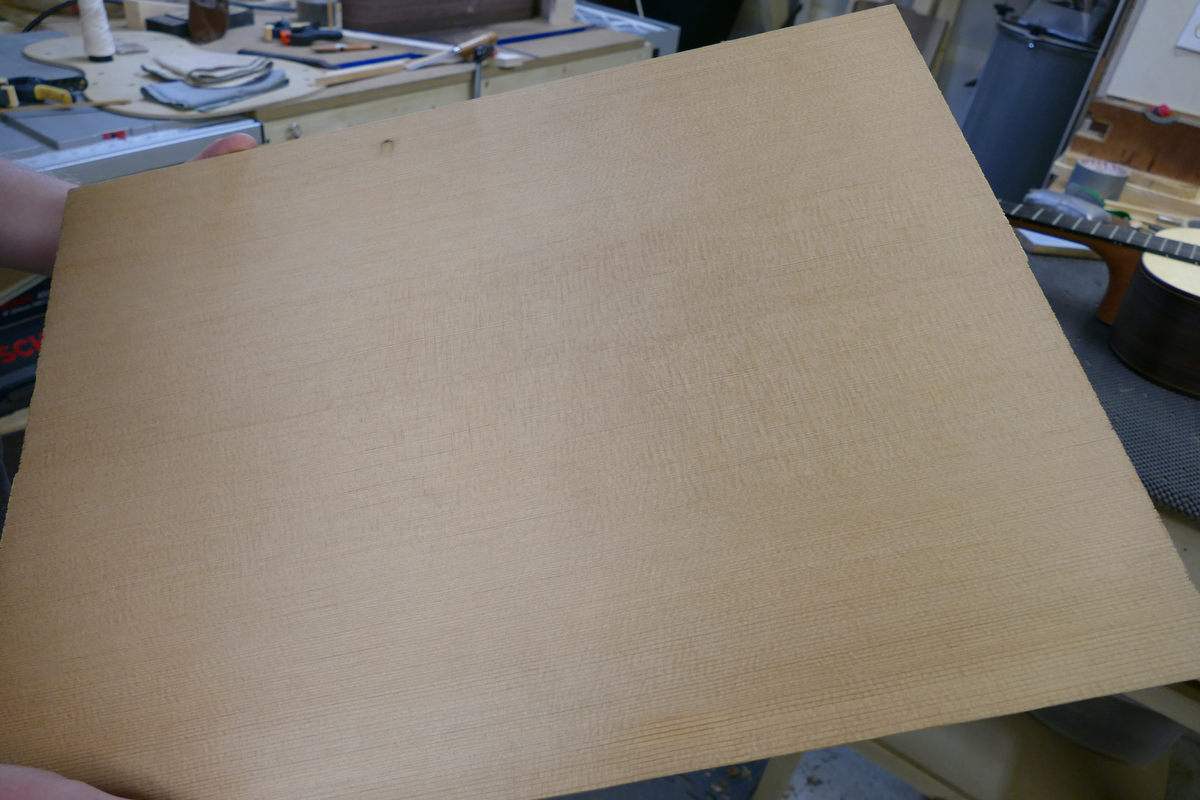 Halcyon is able to keep its prices down by limiting the customization options available to the ones that affect playability. Customers can choose from body styles, scale length and a variety of woods (a Lutz top is an extra $75; a torrefied top such as this one is a couple hundred).

The Steel Guitars of Chas Smith