Inevitably, when you go High Concept, you will end up having a What Was I Thinking moment. Sure enough, now that we’ve made our way to the Fretboard Journal 36 in this little Catch of the Day project, we’re looking at an issue packed to the gills with builders, all of them of the acoustic persuasion, not that easy to find and it’s beginning to look like we bit off more than we can chew. But we will soldier on, steadfast and true… For this first Catch, we traveled (virtually) overseas, where we found a sweet little Berkowitz F-6 Concert model that happens to feature the Manzer Wedge at The Acoustic Music Company in Brighton, England. Since David’s feature focused on his (left-handed!) tribute to Linda’s double-neck sitar guitar, we figured this is the one to spotlight as our latest Catch of the Day. 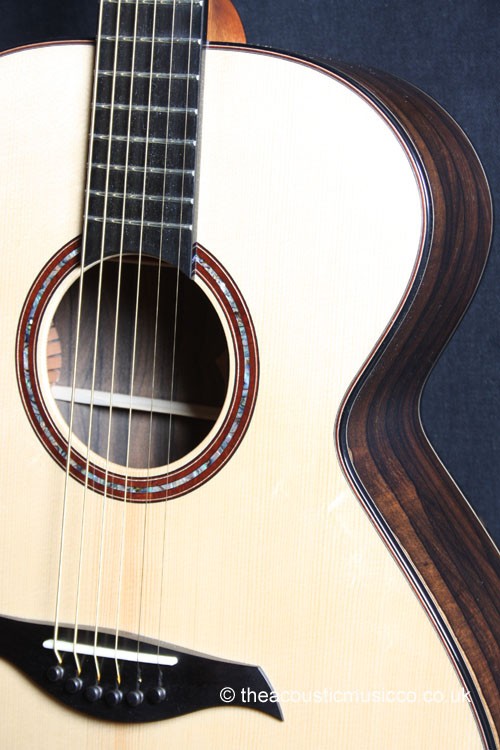 The F-6 is David’s take on the modern luthier’s bread & butter, an OM-sized instrument designed with the fingerstyle guitarist in mind. As David puts it on his website, “The F-6 was designed to accomplish two things–present a concert instrument that had the focus, power, and projection of the OM while providing greater support in the lower registers for lower alternative tunings.” David’s version tweaks the classic proportions ever so slightly, most notably with a slightly narrower waist.

This particular guitar is constructed with ziricote back and sides and a 30-year old German spruce top. The ziricote is gorgeous, displaying just the tiniest bit of sapwood, sporting some bold grain. We’re ziricote fans, for its look and for its round clarity, often described as a lot like rosewood, plus a bit of ebony. The spruce top shows some darker grain that David attributes to the age of the wood. The appointments are fancy in an understated way–yeah, that’s some nice abalone, but there’s not a ton of it. The Acoustic Music Company’s listing includes a short video that gives a good impression of the instrument, which comes across as resonant, with rich overtones, a fine presence, and plenty of the headroom that David mentions. It is being offered at £4,995 (about $6,400) with a Calton case. 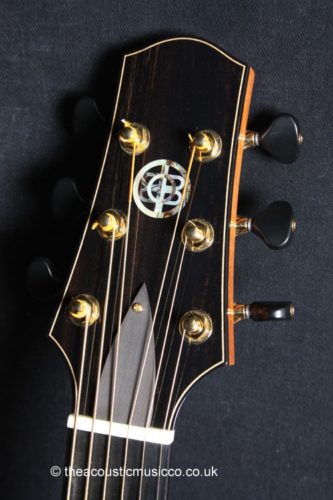 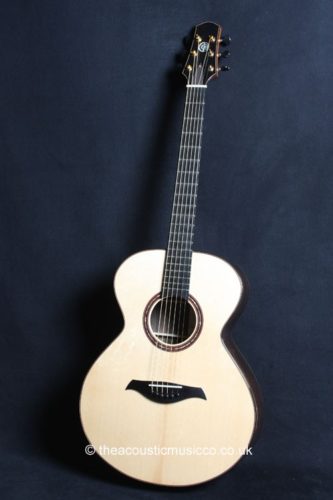 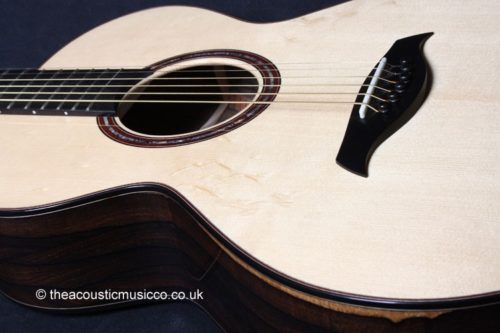 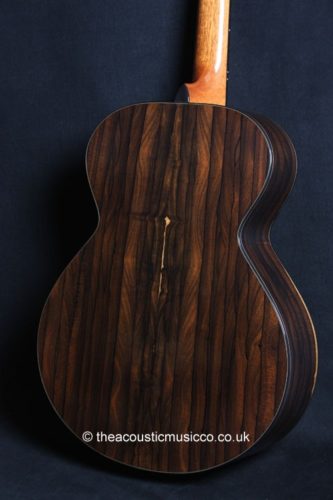 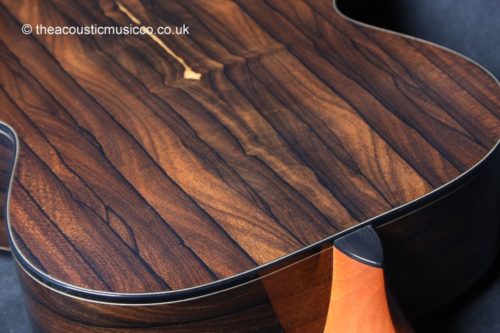 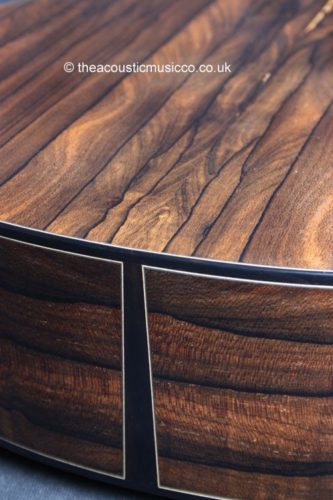 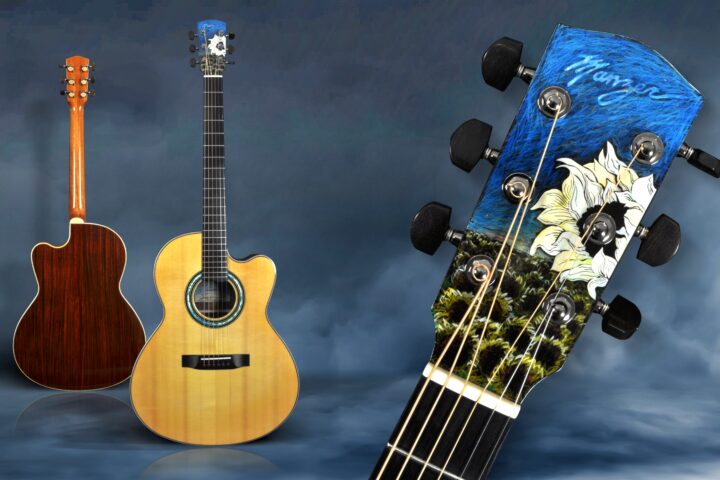