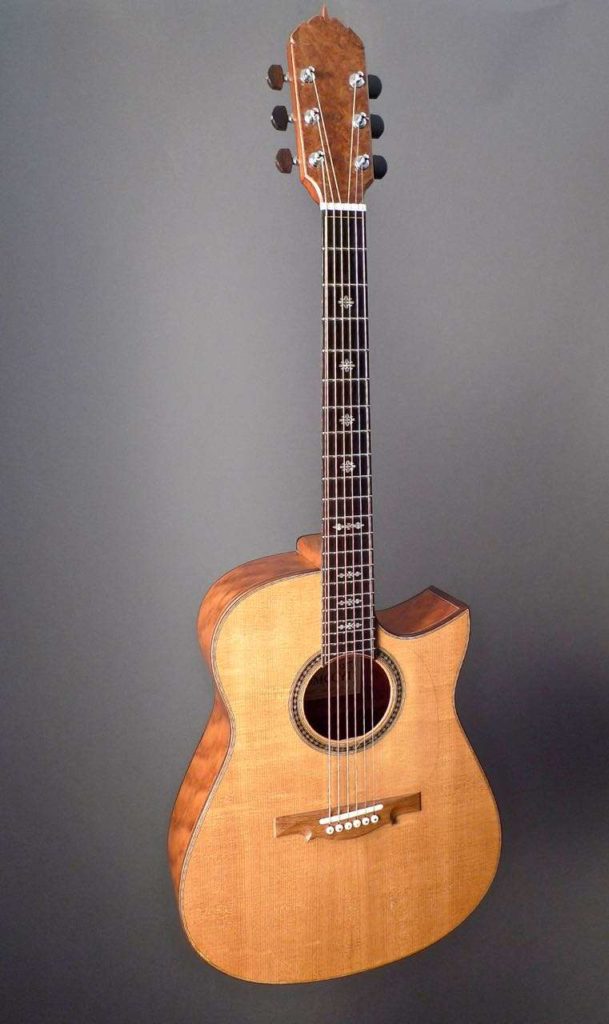 As with every edition of our print magazine, issue 36 of the Fretboard Journal was packed to the gills with features on acoustic builders, covering just about all the angles and an absurd variety of instruments–from David Berkowitz’s left-handed double-neck sitar guitar (inspired by Linda Manzer’s design) to Nikos Apollonio’s citterns and bouzoukis. Sitting smack-dab in the middle of all that was an inside look at the Old World-style apprenticeship of one of the pillars of modern lutherie, Ervin Somogyi. We though it would be fun to find Catches from all these folks: We started with a lovely F-6 Concert from David Berkowitz; next up us a stunner of a dreadnought from Somogyi that we found (alongside a few others) over at Dream Guitars.

Dream Guitars has four very different examples of the Somogyi “Mod D” guitar– an ’86 in Sitka and Indian rosewood, a thin-bodied, fan-fret ’96 (with a cutaway) in Sitka and Indian, a ’99 (with a cutaway) in European spruce and Brazilian rosewood and the instrument we chose as our Catch, a 2000, also with a cutaway, in Sitka spruce and some outrageously quilted Honduran mahogany. Why this one? Well, that mahogany, for one thing, and it’s “on sale,” not that anything priced at $16,995 (with a Calton case) feels especially discounted, but sitting alongside its siblings, it was enough to make it stand out a bit.

Somogyi’s Mod Ds are notoriously rich, resonant instruments. This particular guitar recently passed through Ervin’s hands again, at which point it was “re-voiced.” Dream notes that it “sings particularly well in lowered tunings (try Cadd9 or DADGAD for an experience in rapture), where the low-end really opens up, but maintains a well-defined edge from the Honduran Mahogany.” Spec-wise, we’re looking at a 14-frets to the body, 25-1/4” scale dreadnought, 1-3/4” at the nut with 2.19” string spacing. It sports intricate, snowflake-like Mother of Pearl position markers and unusually traditional-looking mosaic rosette that’s almost disconcerting if you’re used to seeing his segmented rosettes. The bindings and bridge are rosewood, in about as light a color as you’re likely to find, and the fingerboard is ebony-bound ebony. 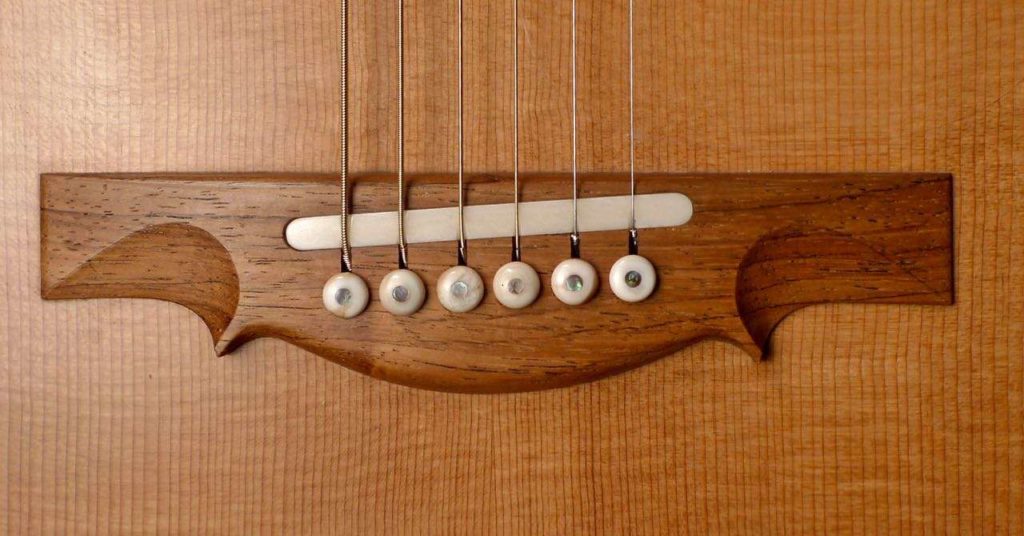 Given the traditional Al Petteway video treatment, the guitar sounds warm, with rich overtones, but also dry and clear. It’s probably not a guitar for flatpicking reels on the porch, but it’s definitely a dreadnought, and definitely a Somogyi. 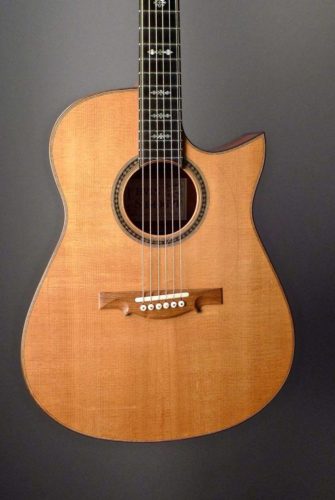 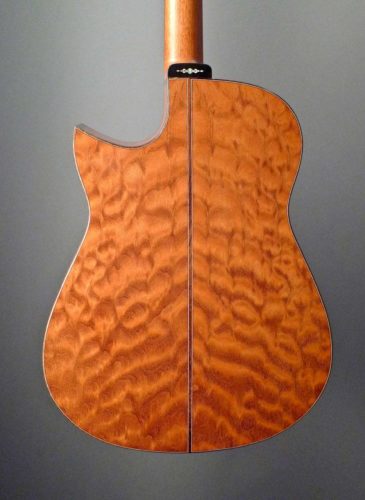 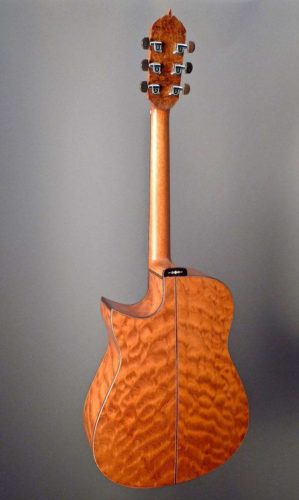 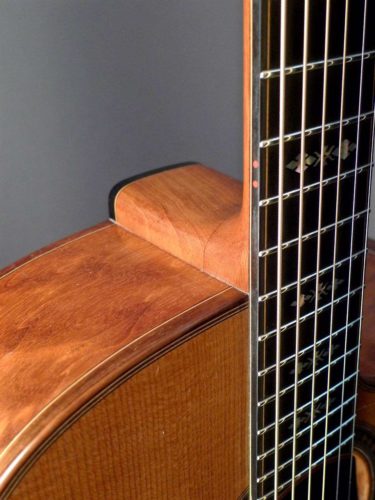 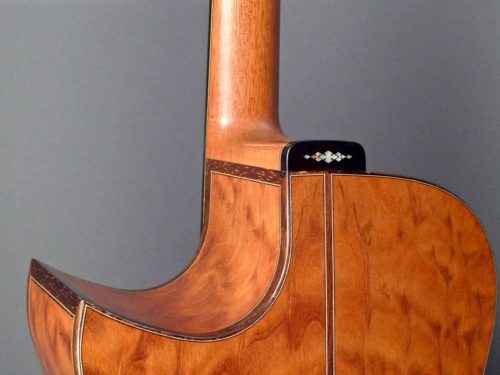 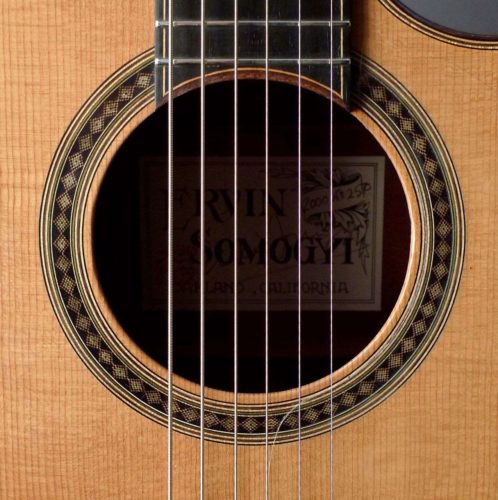 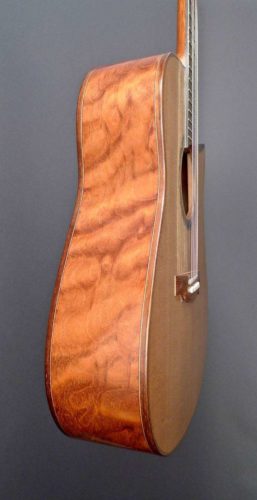 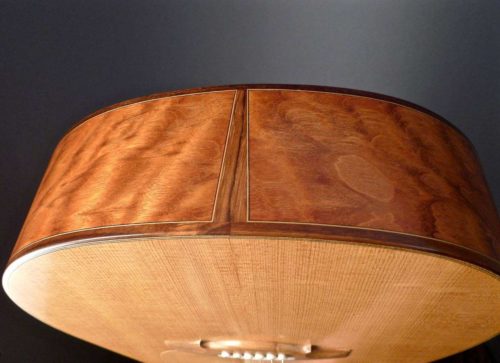 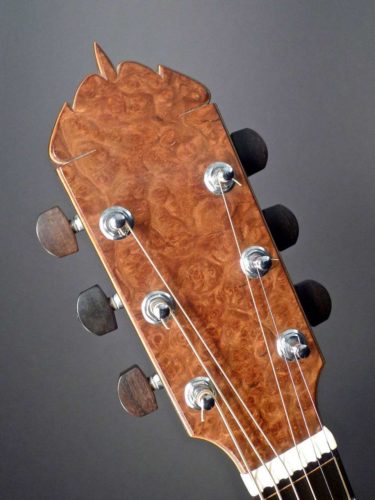 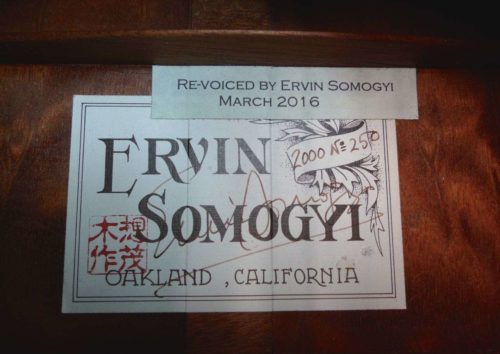 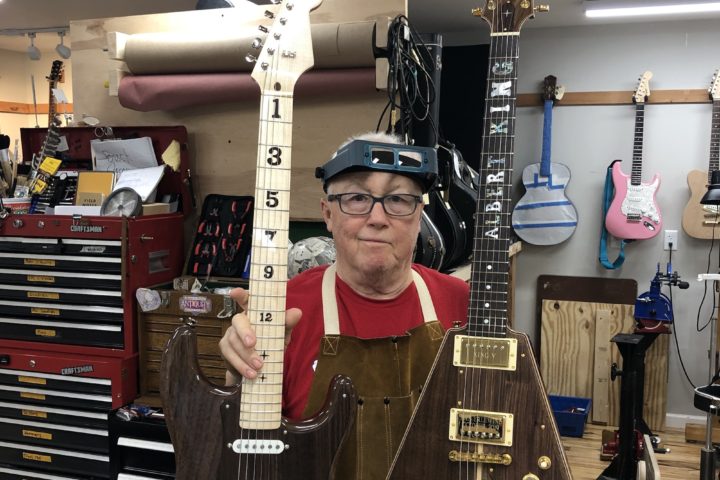