We love a good mandolin story. Here’s one of the best we’ve heard.

In 1950, Scotty Broyles was living in Mesquite, Texas working on the invite list to his wedding with his fiancé, Betty. He heard a knock on the door, saw Navy uniforms and “got served with papers to show up the next morning.”

The rest would be history except, while serving in the Navy, Broyles happened to meet luthier and musician Jim Harvey at the base’s pool. The pair became jam buddies and Harvey offered to build Broyles an instrument. Inspired by Paul Buskirk’s 10-string mandolin (read our story on Buskirk here), Broyles asked for a mandolin with five courses. 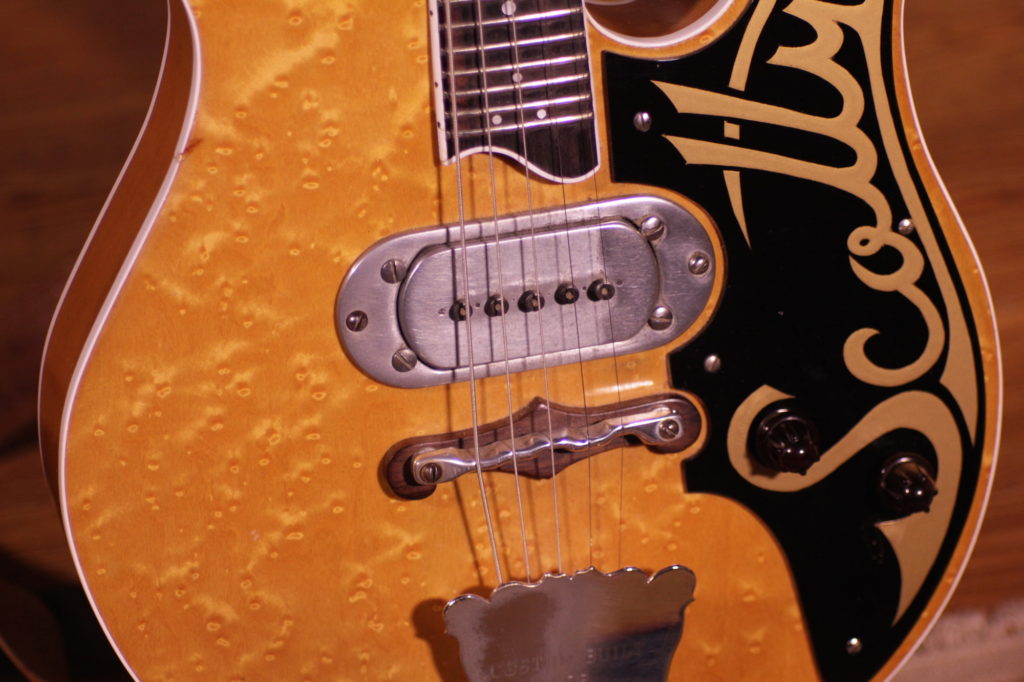 The resulting five-string electric mandolin, one of just a couple dozen instruments that Harvey made, is clearly inspired by the then-relatively recent creations of Paul A. Bigsby. Upon finishing this mandolin, Harvey hoped he could get an actual Bigsby pickup installed on it. As Deke tells it, it was at Bigsby’s Downey, California shop that Western swing legend Tiny Moore saw this very mandolin and decided that he, too, would also like a fifth string added to his mandolin. Later that year, Bigsby finished Moore’s five-string mandolin, arguably one of the most important mandolins ever made. (Bigsby, eventually giving this mandolin his seal of approval, did sell Harvey a pickup for $50.)

Scotty is now 87 years old and still owns (and plays) his prized possession. Special thanks to Deke Dickerson for bringing Broyles to our offices. In the video above, Deke is playing his own circa-1952 Harvey, a six-string guitar originally made for musician Robert Tuvell. 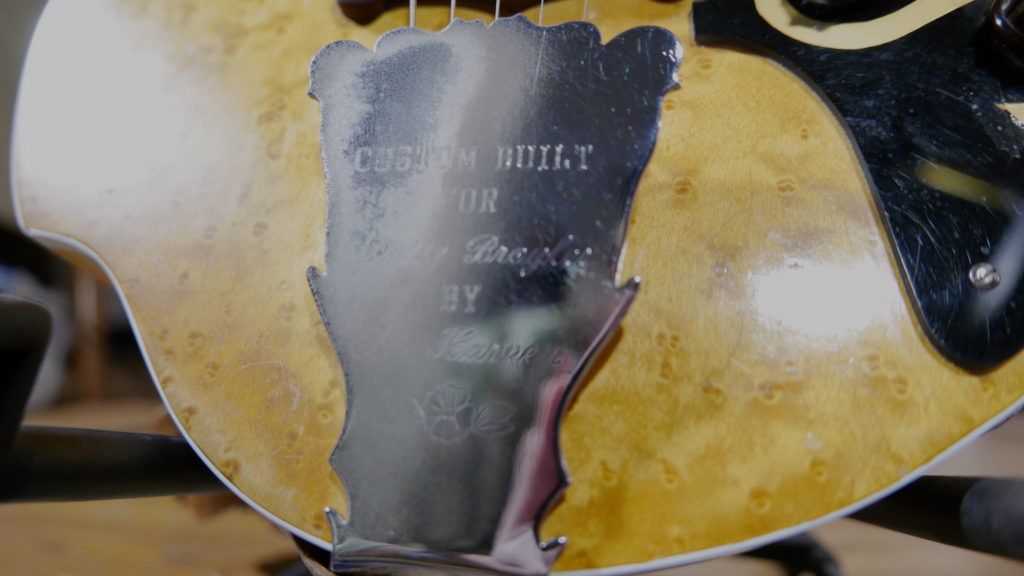 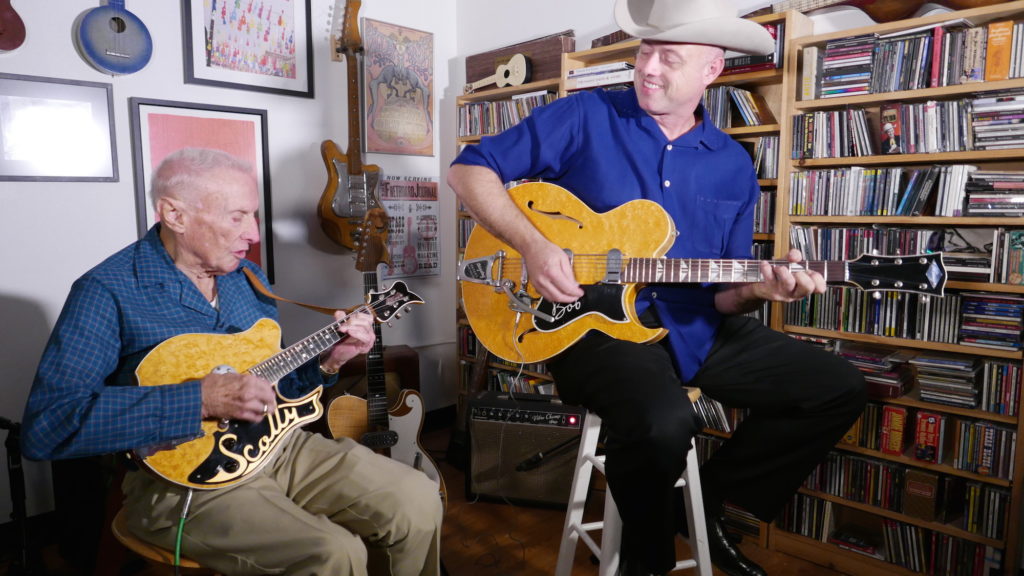 To learn more about the work of Jim Harvey, read Deke Dickerson’s contribution to the Fretboard Journal #19, “Tough Old Men and Bird’s Eye Maple: The Untold Tale of Jim Harvey.”

Courtney Hartman – “Matter of Time” at the Fretboard Summit 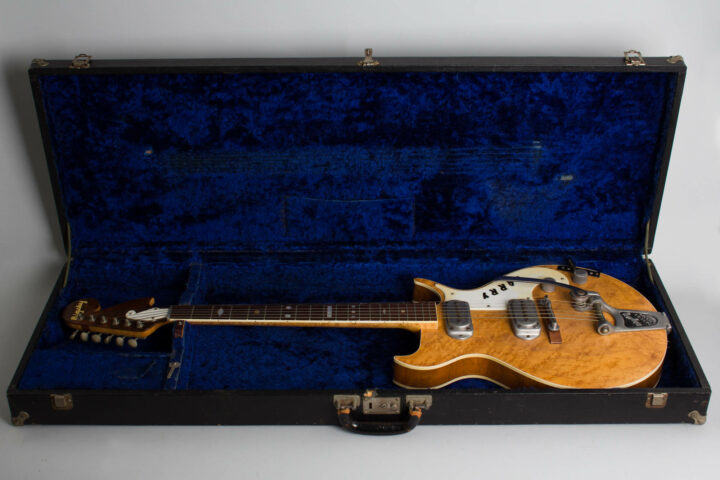