We recently talked to Sean Watkins about the new Watkins Family Hour Vol. II on our podcast. The album, celebrating the group’s 20 years of residency at LA’s Largo features a wild array of artists, including Fiona Apple, Madison Cunningham, Benmont Tench, and, yes, the one-and-only Jackson Browne.

The Fretboard Journal is proud to premiere the video for Browne’s cameo on the project, “The Late Show.” Says Sean, “In 2012, Jackson invited us to join him on a lengthy tour and we had the pleasure of getting to know his songs even better and night after night, this one just slayed us.  When we asked Jackson if he wanted to sing something on the record he said ‘Should we do ‘The Late Show’?”?

Needless to say, the answer was “Yes.”

The video was directed by Caitlin Gerard and filmed at Hot Shot Muffler in Los Angeles, California.

Madison Cunningham – “All I’ve Ever Known” 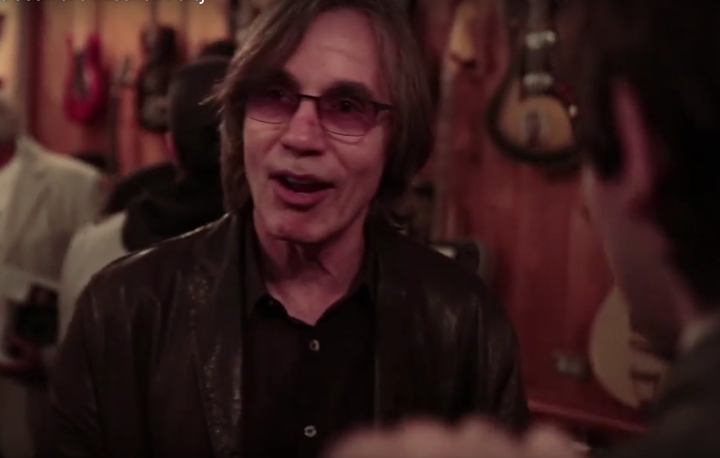