On September 10, 2007, I was able to sit in with Les Paul at the Iridium Jazz Club in Times Square, New York. For someone like me, this dream fulfillment was never even on my radar. I never thought it could happen, but enter Seattle’s Rachel Flotard.

I had covered two of Les Paul’s hits: “The World is Waiting for a Sunrise” and “Smoke Rings” on my previous CDs and was getting ready to go on tour of the East Coast when Rachel, who is the featured singer on said tour, said she knew a guy who worked on Les’ guitars and that we should get copies of the CDs to him. I agreed and never thought about it again until we got the tour routing and discovered that we had a day off in NYC that coincided with the weekly Les Paul show at the Iridium. Rachel went to work.

One of the more pleasant aspects about this episode is that most of the people we talked to were old dudes, like myself. The guy we were dealing with did not have a cell phone and we had to meet him at a certain time, by a certain door so he could get us in. It all felt like some sort of shady deal. I thought it was not going to happen and that Les had no idea what was going on or who I was. There I was walking around Times Square with a 52 pound pedal steel guitar, a bag of picks, a bar, chords, a volume pedal, [my friend and guitarist] Tommy Connell for support and Rachel Flotard leading the way. Turns out that Les had heard the CDs and had stated, “if he’s in town, have him come and sit in.” It still felt surreal. After sitting in the Starbucks across the street for awhile we got the go ahead to go inside and for me to set up. I still had not met Les because he was over at the Hard Rock having a drink with Willie Nelson. Finally the guy came to me and wanted me to meet Les. I still felt like no one knew who I was and wondered why I was there. As I was introduced to him he looked at me like who are you? and then the guy said, “you know, the guy with the steel guitar.” That’s when his face lit up and he said, “You brought it, didn’t you?”

Relief washed over me and then I realized that I was going to play with Les Paul. Les asked me to sit down on the couch with him and we talked a while about several things. He told me he had just met up with Willie and they had talked about the CD they had coming out. He said that Willie could hardly remember doing the sessions but that he could remember what Willie was wearing and everything about them. He was 92 at this time. We also talked steel guitars and about how he played with “Nat” (Nat “King” Cole) and the Andrews Sisters. I am sure my jaw was on the floor. As we chatted he was eating popcorn and it was flying everywhere. I could not have been more enthralled. When we discussed what songs we were going to play, he just said, “It doesn’t matter anyway, I can only play in G anymore.” He started the set and I could not believe how great it sounded and how well he played. He was so cool and funny and completely wonderful. And then it was my turn to sit in. Apparently Les had forever been getting all types of musicians to sit in with him over the years which further endeared him to me … he was spreading his joy and knowledge of music to many others. A very generous man.

As I sat down he immediately started on the steel guitar jokes. “Is that a coffee table, sewing machine, cheese grater…” Much to my delight, then came the moment when Les said, “What song do you want to do?” He then said, “I know, how about ‘Sleepwalk.’” Being a steel player this is a song I should know but I never really learned it so I replied, “I don’t really know that one.” To which he replied, “I do.” So we played “Sleepwalk.” I had been playing professionally by this time, way over 30 years and this was the first time in a long time I was nervous about anything but there I was, clammy and jittery.

We then played a blues in G and Les took a napkin and put it over his left hand while we played and said it was so that I couldn’t steel his licks. He continued to tell more jokes. I just happened to see Rachel and Tommy in the front and I could see Rachel was crying and Tommy was grinning. All in all, a magical night. Because we were on tour we had to leave in a hurry to get to the next town so I packed up ASAP and waited just long enough to try and say thank you and goodbye to Les. He came up and poked me in the stomach and said “great job” and went to sign autographs. I ran out and jumped in the tour van and called my wife. To this day I can’t believe it happened. Thank you, Rachel Flotard. 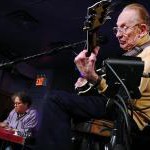 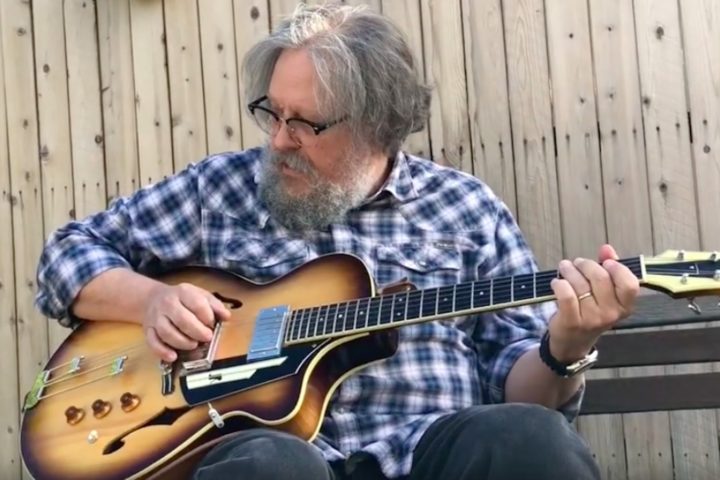 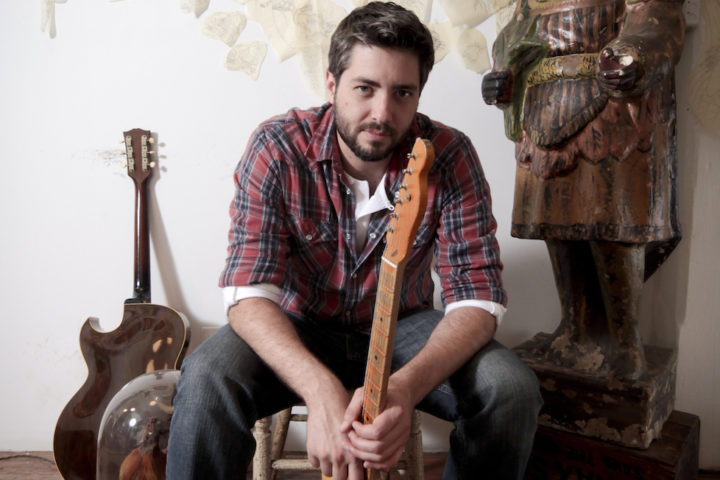