I can’t profess to always know what Swedish singer-songwriter José González is singing about. It almost doesn’t matter: Whether his lyrics are in Swedish, Spanish or English, González’s music is gorgeous, reflective and moving… he’s like a globe-trotting Nick Drake for our times. And his guitar playing? It’s equally beguiling: No other contemporary songwriter uses a nylon-string guitar with such impact. It’s no wonder his compositions so often find themselves licensed for movies and television – each of his albums are soundtracks themselves that we can all relate to… otherworldly, yet personal.

Six years after his acclaimed Vestiges & Claw album, González has released his fourth solo effort, Local Valley. It’s introspective and intimate, with rhythmic flourishes to remind you of González’s Argentinean roots. It’s also his first album since becoming a dad (he has two kids, a baby and a four-year-old). Through the magic of Skype and across many time zones, we chatted about the making of the new record, his songwriting process, his favorite guitars and more.

Fretboard Journal: When did you record this record?

José González: What was it? 2018, 19 and 20? I started with old demos. So, technically, I started even earlier. I had a moment in 2018, in France, out in the countryside, but most of it was [written] north of Gothenburg in Sweden at our newly bought Summer house.

FJ: So it was written before the pandemic?

JG: Yeah. I had a version of the album in February or March [2020]. I met up with my label and we talked about the album and it was just when [COVID] was starting to become a fact, when the WHO was mentioning that this is a pandemic. So we postponed the album and then I spent a bit more time with a couple of songs. But, basically, it was all written around March 2020.

FJ: And how far back did some of these demos go? What’s the oldest tune on here?

JG: 2016-17, I think? Which is similar to how I usually work. I start gathering demos as soon as my new album is done. I always have a couple of songs that are three, four or five years old.

FJ: That’s almost refreshing to hear. There’s certainly a demand for your music and people want more from you, but you take your time between albums. Do you wait for a theme to emerge or does it just take you a while to get them out?

JG: It just takes me a while. I need many months in a row without many interruptions to sort of get going and reach a level that I’m comfortable with. In a way, I set my bar a bit too high for myself, in terms of guitar playing and poetry. With time, I get more and more comfortable and all of a sudden it feels okay to hand it over to the world.

FJ: Do all of these songs start out with just you on the nylon-string guitar? Do you start lyrics first? What’s the process?

JG: Always guitar, melodies, lyrics, and then recording production. There’s an exception here on this album with “Lilla G,” which was what I was singing to my daughter when we were just hanging out face-to-face. I would hum this melody and it’s just this phrase Lilla, lilla Gumman. One of the few exceptions where I start with a melody and lyrics, even though it was simple.  And then I made a song out of it.

FJ: Lyrically, do you just bounce between languages as needed?

JG: No, most of the time I just start with English and end up with English. But with the last album I tried Swedish and Spanish. I wasn’t really happy with the results and got stuck and switched to English, and then all of a sudden, I had the lyrics. On this album, I made a bigger effort and it felt more natural and finally I wrote a couple of songs in Swedish and in Spanish.

FJ: Regardless of the languages, it’s beautiful. Would you say there’s a theme or an overarching message around this record? I know there are some nature sounds in there…

JG: For me, it’s a continuation of the other albums, where there’s a thread of trying to make poetry of the secular, humanist scientific world view. Basically that the world view of we-are-who-we-are natural beings and not supernaturally-made. Both celebrating that fact and also… polemic with other world views.

But it’s a collection of songs. Some are silly, some are danceable, and some are a bit more heavy. I guess the songs that relate to this thread that I’m talking about are “El Invento,” “Visions,” and “Head On,” which are very much in line with the type of thoughts that I have in terms of world views and these current topics about alternative facts and culture wars.

FJ: Most of our readers are guitarists. Has your guitar of choice changed over the years? I know you’ve used an Alhambra in the past. What do you use these days?

JG: Yeah, it’s one Alhambra, one Esteve, and one Cordoba guitar. I don’t have that many and all of the ones I use live have Fishman pickups. They’re all pretty unexpensive, in a way.

FJ: In the past, you’ve talked about how hearing traditional music from your parents set you down this path. Do you still seek out traditional, nylon-string guitar music?

JG: I feel like I’m still learning and finding new stuff. I’m not actively searching, but once in a while someone mentions that I should listen to a certain artist. I’m never going to stop finding old stuff that I probably like.

FJ: Going back to your demo process and how these songs originated: Does that same methodology hold true for the more beat-backed songs like “Swing”? Do they all just start out with you and your nylon-string guitar?

JG: With “Swing,” “Tjomme,” and “Lilla G,” I had them with just one guitar at first. But I had this idea of using drum machines and loops for a while and felt like the right time to have this trio with loops this time. I’m okay to not do everything with just one guitar, but to allow myself to loop and see how I work it out later, on-stage.

FJ: Did you try some songs with the beats and loops where it just didn’t work out and you went back to the acoustic-only formula?

JG: The way I did it was I had the main riff and the drum machine. And then when I started recording, I just layered it as if I was using a loop pedal and figured that I’ll deal with the technical side later. Right now, I’m actually rehearsing with loops, but in the studio I was just recording as if I had loop pedals.

FJ: And when you play live again you’ll be able to do either way?

JG: Not really. “Swing” is actually the first single in my whole career that I’m not able to play live. I don’t have a solo version of it with just one guitar.

FJ: One more question: Your music has shown up on so many soundtracks. I’ve seen it in on TV, in Hollywood productions and even indie skateboard films. What do you think it is about your music that applies itself to so many cinematic or theatrical settings?

JG: With TV series and films, I’ve heard from the people who do the syncs and they were mentioning how songs like “Crosses” or “Line of Fire” work on an emotional level many times. But with my solo music, it also works in terms of sound because I’m using the nylon string and not having any cymbals or high hats. There’s not that much happening in the treble side of the frequency range, which is good for dialogue. That’s a fun detail. Then, of course, it just comes down to particular songs and the taste of whoever’s syncing.

FJ: Do these sync people reach out to you all the time now wanting new music from you? Or do they have to wait for the records to come out like the rest of us?

JG: Exactly. Many times when people ask for new music I say no. I very seldom do music particularly for TV or film. Most of the time, they just go through my albums and see what they like.

FJ: Final question: You mentioned your creative process a little bit. Now that this record is done, are you already wading through demos for the next one?

JG: I always gather demos, but I do that very sporadically. I feel like if I have any free time, I’m going to spend it rehearsing “Swing.”

FJ: In hopes that one day you can perform it live?

JG: Exactly. It might been three years from now. [laughter] 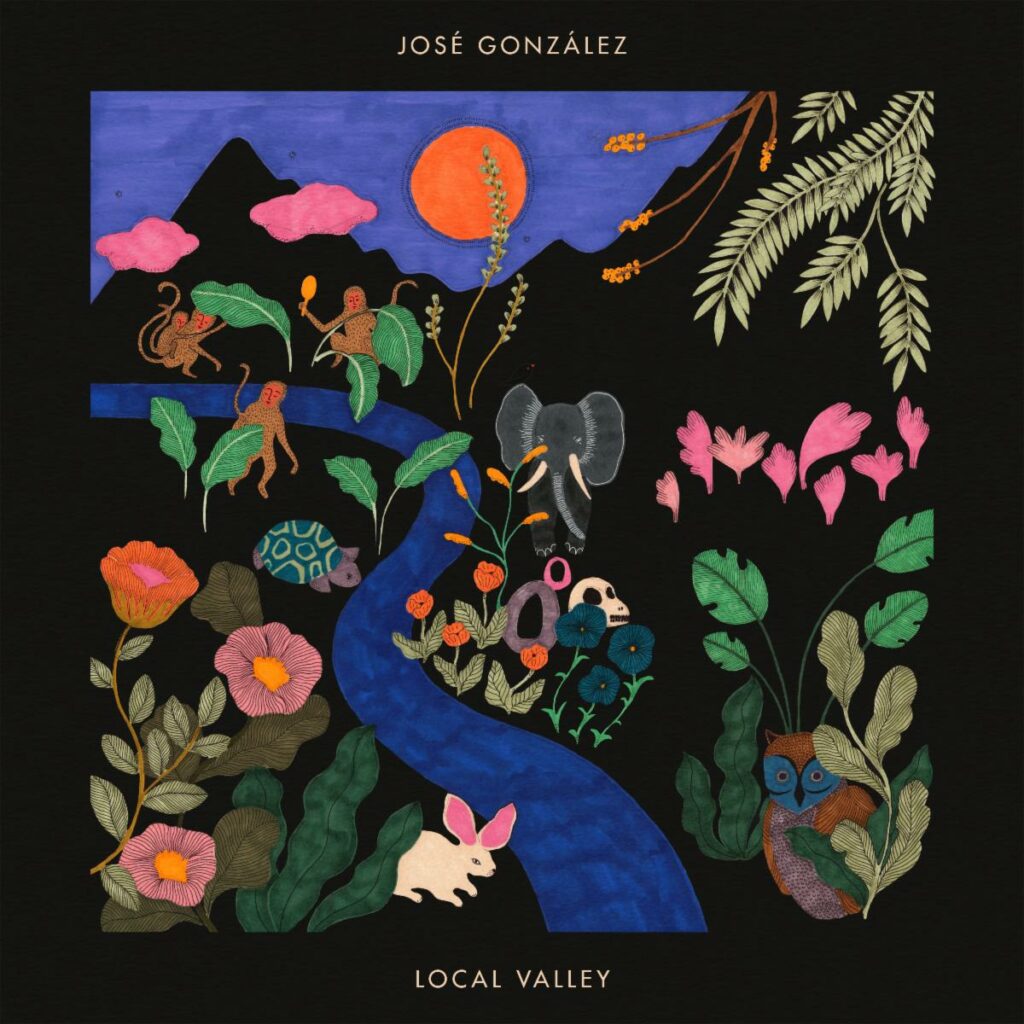