I find it astonishing that for many this article could be an introduction to the guitarist/pianist/brass player and phenomenal composer Ralph Towner, but a few years ago I realized that for many in the generations younger than me, Ralph Towner had sort of gone off the radar. Perhaps this is because his later performances—of both his own projects and those with the long-standing group Oregon—occurred mostly in Europe, where he has lived for the last several years and where…well, where a lot of people embrace non-pop/non-trend-oriented culture more readily.

This piece is my tribute to one of the few artists whom I can heartily claim has been a consistent source of inspiration for me, both as a guitarist and as a composer, for over 40 years (yep!). In this sense, I must rather sheepishly admit that much of this article will be about yours truly: a view of this great artist as filtered through subjective eyes from my late teens until now. At the time of this writing, Ralph is about to celebrate his 77th birthday as he finishes a tour in support of his wonderful new solo guitar record My Foolish Heart on the legendary German label he’s been associated with and helped create an aesthetic identity for since 1973, ECM (Edition of Contemporary Music).

As I ruminated for weeks and weeks prior to attempting this tribute, a few things became clear to me: one is that I needed to unabashedly refer to Ralph Towner as “Ralph” in the body of the article. Unlike many stalwart and legendary artists who somehow end up being referred to by their last names most of the time (Monk, Metheny, Abercrombie, Zawinul, Coltrane), Ralph has, since the early days of listening to him, always been Ralph to me and my friends, as was the case with “Miles,” “Elvin,” “Herbie,” “Wayne,” and so on.

So Ralph it will be, with all due respect.

Second, Ralph is an artist to whom I owe a tremendous amount and one I’d like to expose to the uninitiated. He is one of the rarest-of-the-rare artists in my personal pantheon of greats who’s still playing and writing and whose work has always been good. I can think of no point at which he/we can look back and say something like, “Oh yeah, his stuff in the ’70s was killer, but that phase in the late ’80s when he only played DX7 was problematic, to say the least.” Even when Ralph added the Prophet 5 synthesizer in the early ’80s, the sound of that instrument added a haunting and new textural ingredient to his already vast palette and it still sounds great to my ears. He is no scattershot polyglot like I am; he is focused. As I was working on this piece, yet another of Ralph’s generation to whom I paid a lot of attention in the ’70s passed away: Larry Coryell, who oddly figures into my first meeting Ralph in 1974. Yes—Ralph Towner is alive and well and his new record is wonderful, as good as anything he has done since the early ’70s!

The third thing I realized is that I can’t write this piece without writing about myself, and this became an almost insurmountable obstacle until I realized that one can just go online and get tons of general information about Ralph, so why attempt a biography? I just want you all to know how I feel in case you may feel the same way about his work.

Last, I must admit to being rather amused by all the attempts to describe/categorize Ralph Towner’s music. He precedes me in what I might term an “in the cracks” aesthetic embrace of many so-called genres and influences. Many of these were more prevalent in the late 1960s–1970s; we may term them part of the zeitgeist. These include Western “early”/classical music, jazz, elements of East Indian and other music generally (and somewhat lazily) referred to as “world music.” A look at Wikipedia finds these rather humorous attempts under genres: chamber jazz, third stream, jazz fusion, folk-jazz, ethno jazz, world fusion. In other words: MUSIC —mostly acoustic and with elements of improvisation, both jazz-related and completely spontaneous in methodology, with an awareness of and respect for music from non-Western cultures.

It would be too difficult (and probably boring) to try to explain how music like this came to be, but at the time it seemed like a natural and logical—if wholly visionary and singular—development out of all the interests the counterculture (read: hippie culture) was immersing itself in. After studying in Oregon and Vienna, Ralph Towner, as recorded, appears to have started with one group in the late 1960s that sought to bring these elements together in what now (and maybe even back then) might have been a forced attempt at a kind of fusion (note: this f-word did not exist until the ’70s). That group was the Paul Winter Consort. 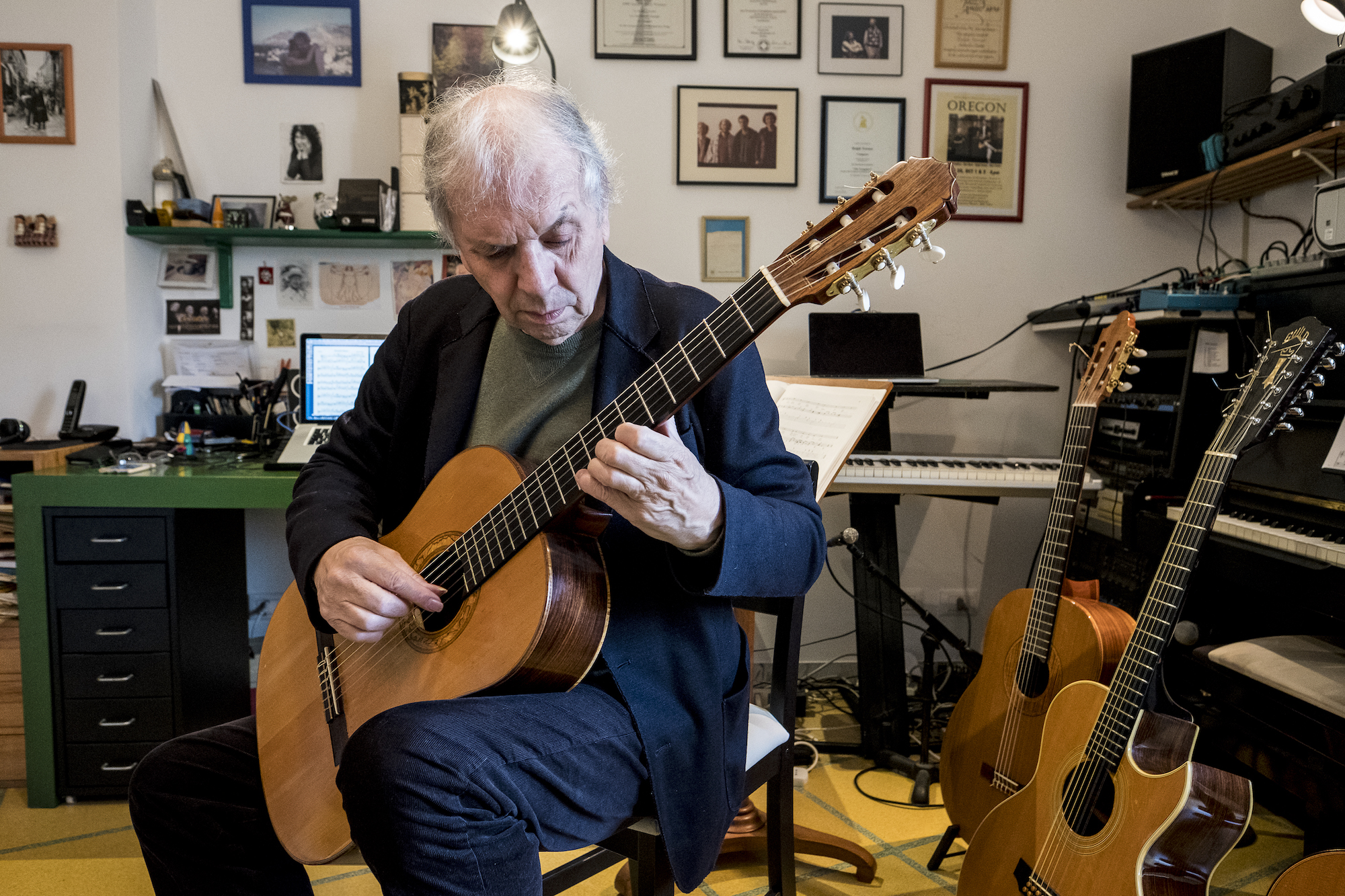 Three significant things emerged from this association for me: one was that it brought together a few talented and genre-bending individuals who would later become the supreme architects of this acoustic fusion music, and that became known as the group Oregon, which still exists and performs and records to this day and which was the delivery system that exposed me and thousands of others to Ralph Towner’s playing and composing. Another thing that happened when the hippie/classical gurulike countenance of woodwind player Paul Winter formed and recorded his the Consort was that it brought the world the anthemic, yet poignant and dynamic, song “Icarus” by Ralph, which in its day became referred to by many as a “New Age anthem,” much to the chagrin of Mr. Towner. And “New Age” somehow did not get listed as one of Ralph’s many genres, did it? Anyway, this song—the title track to the Consort’s best-known recording—appears on many subsequent Towner recordings and in his concert performances and is, in some ways, still rather definitive Ralph: great melody, deft modal manipulation, with a kind of soaring, cathartic quality that is simultaneously intimate and sweeping.

And last, after joining the Consort, Ralph—then primarily a nylon-string player as well as an accomplished piano, trumpet and French horn player—was presented with a new instrument to try: the acoustic 12-string guitar. Kind of like when Miles Davis called a recording session and Herbie Hancock discovered that he was to only play this new thing called the electric piano, I guess. And this, my friends, is where Ralph’s palette stretched to unforeseen heights and how the guitarist Ralph Towner ended up slapping me and thousands of others upside the head when he was asked to guest on Weather Report’s second record, I Sing the Body Electric, and we heard his solo 12-string introduction to “The Moors.”

This might be a good time to write a little bit about the 12-string guitar as I perceived it and as it was being used in the late 1960s–’70s. It was certainly much more prevalent than it is now. Around 1965, as a lad of 10, I had my first taste of musical inspiration that was to lead me down the sonic garden path, and that was the Byrds’ “Turn! Turn! Turn!”  Enchanted by the sound of this group as their mercurial rise was just beginning, I knew nothing about guitars—but after reading about the Byrds in fan magazines and the like, I learned about this 12-string guitar when writers and listeners alike talked about “jingle jangle.”

Acoustic 12-strings—usually brutally out of tune/unintonated —appeared on dozens of pop singles in the mid-to-late ’60s, especially ones coming out of Britain. Jimmy Page famously started playing a Gibson double-neck with Led Zeppelin on semiobscure ditties like “Stairway to Heaven” and “Over the Hills and Far Away” (heh heh!) by maybe 1972. Steve Howe of Yes also played a Gibson double-neck from time to time, and probably Steve Hackett from Genesis did, too. I got a tiny used Rickenbacker 12-string in maybe 1972, when I was 17 years old, with the intention of adding it to my palette as an emerging (and totally clueless, technically) “jazz/rock” musician. By this time, the electric 12-string was appearing prominently in some of the best and most forward-looking music of that time, not just in rock and prog-rock: on Pat Martino’s album Desperado, where he plays the entire session on a spectacularly out-of-tune Gibson; on recordings by a then-new band called the Mahavishnu Orchestra, in which the ripping and totally overwhelming John McLaughlin rocked a Gibson double-neck like Pagey’s; and by the (maybe) 20-year-old Pat Metheny in the Gary Burton Quintet, playing alongside six-string melodic wonder Mick Goodrick—perhaps an attempt to make sure the two were more easily differentiated. Great stuff! And yes—I was quite aware of all of this music at that time.

And what of the acoustic 12-string in creative music? Prior to getting the jolt of Ralph Towner’s intro to “The Moors,” it was pretty much all about records like the legendary 6 and 12-String Guitar by Leo Kottke, which to this day keeps the solo guitar bar almost impossibly high, and the totally idiosyncratic solo records by mystical representative of the forest Robbie Basho. Both of these gentlemen recorded on Takoma Records, squired into the public eye and ear by the iconoclastic solo guitar maverick John Fahey. Then along came Ralph…

Editor’s Note: This is a small excerpt from Nels Cline’s appreciation on Ralph Towner, which also contains an interview with Towner himself, in the Journal. Read the entire tribute and interview with Ralph Towner in the Fretboard Journal #39, available for purchase here. The Fretboard Journal is a reader supported publication dedicated to the world’s best guitar stories. 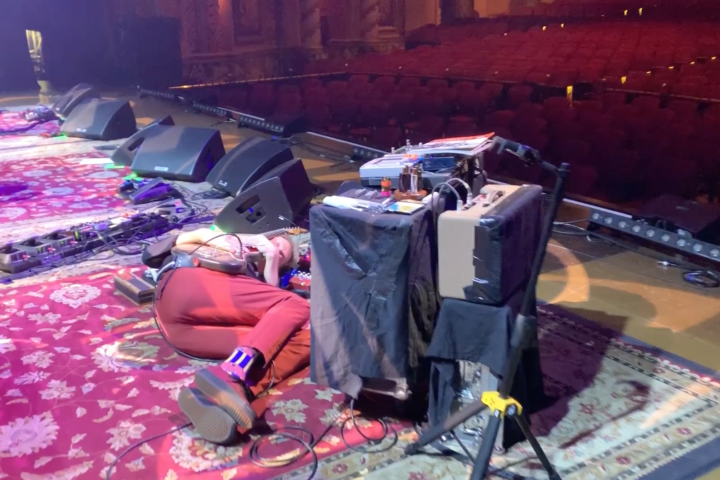 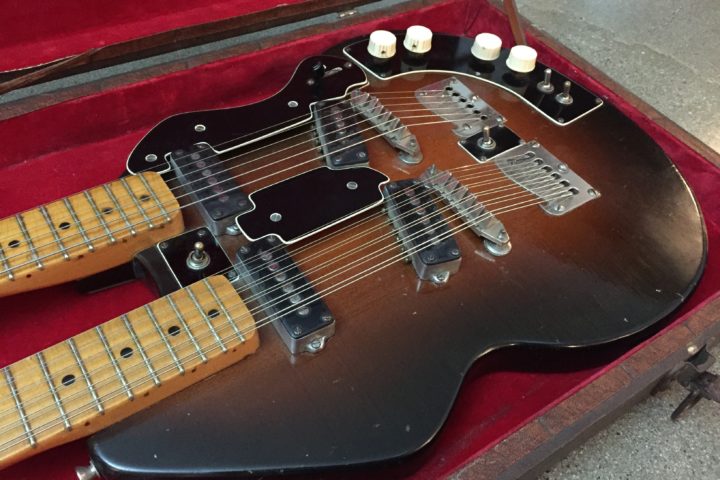