According to Wikipedia, cigar boxes as we know them were invented around 1840. And sometime after that, an enterprising, now forgotten recycler decided that an empty cigar box could double as an instrument body. The cigar box guitar (and fiddle and everything else) was born.

Cigar box guitars have been documented for at least 100 years. For decades, they were a staple of poor, creative bluesmen throughout the South (Lightnin’ Hopkins included). In recent history, thanks to a few cigar box guitar evangelists, the internet and the increasing numbers of all things handmade, cigar boxes are more popular than ever.

Author David Sutton’s new book for Fox Chapel, Cigar Box Guitars: The Ultimate DIY Guide for Makers and Players of the Handmade Music Revolution, literally covers the nuts and bolts of cigar box assembly. There are interviews with some of the cigar box’s most innovative builders and players, too (including Shane Speal, the self-proclaimed “King of the Cigar Box Guitar”). Most importantly, there are gorgeous photos of guitars and detailed, step-by-step plans on how to build your own instruments.

As you read this beautiful 224 page book, it’s hard not to want to build a cigar box of your own. In a world where vintage and collectible guitars continue to be pricey, serious business, these funky little music tools are just plain fun. Cigar box guitars come in all shapes, sizes and string configurations. The builder’s imagination dictates everything.

Here are some of our favorite photographs from Sutton’s tome, courtesy of Fox Chapel Publishing. You can order the book via Amazon.com here (affiliate link). 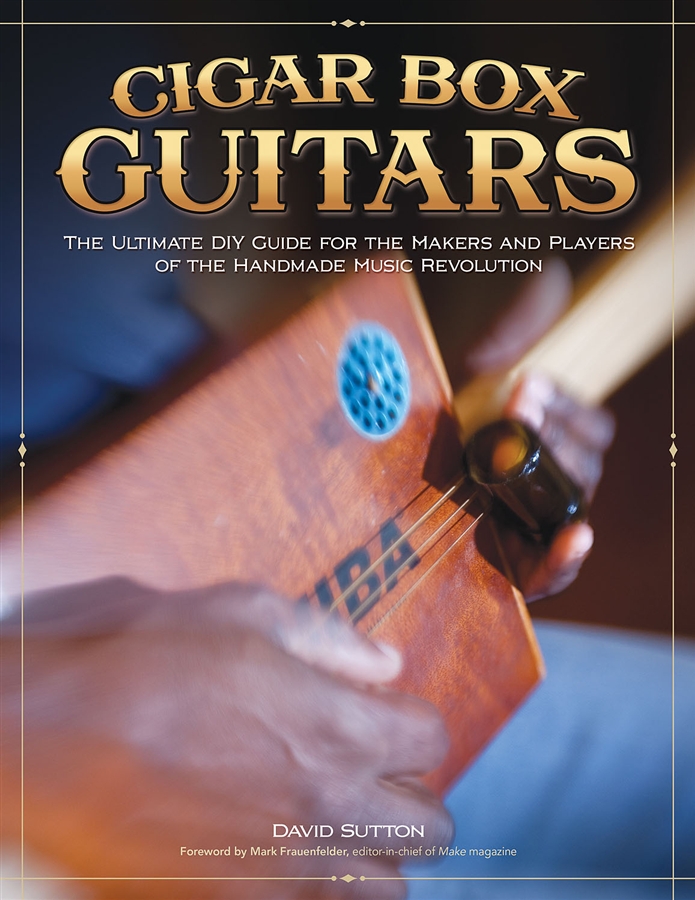 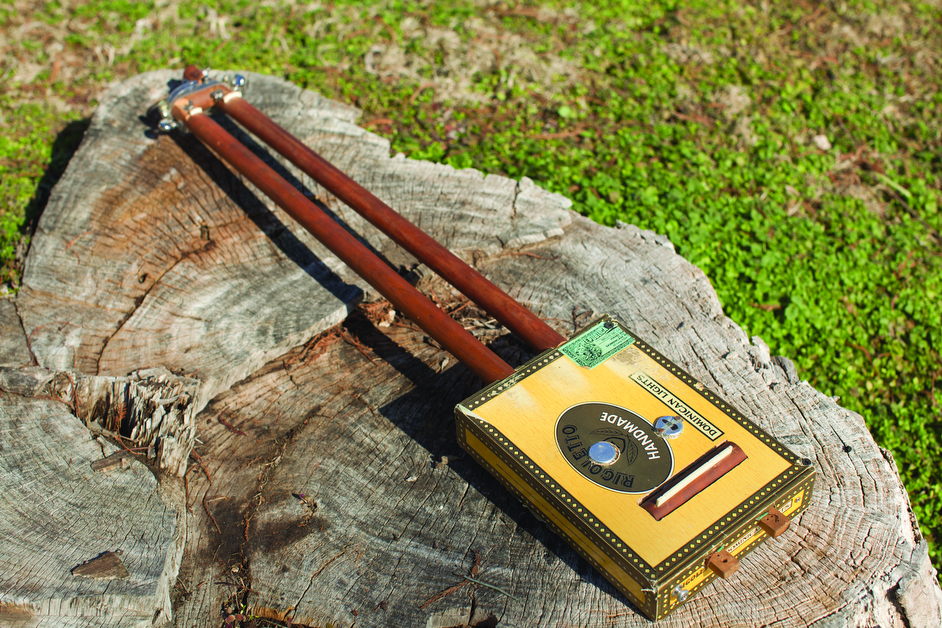 Richard Johnston and John Lowe of Memphis collaborated on this double-necked cigar box bass/guitar. The necks are comprised of oak dowels. It’s played, of course, with a slide. 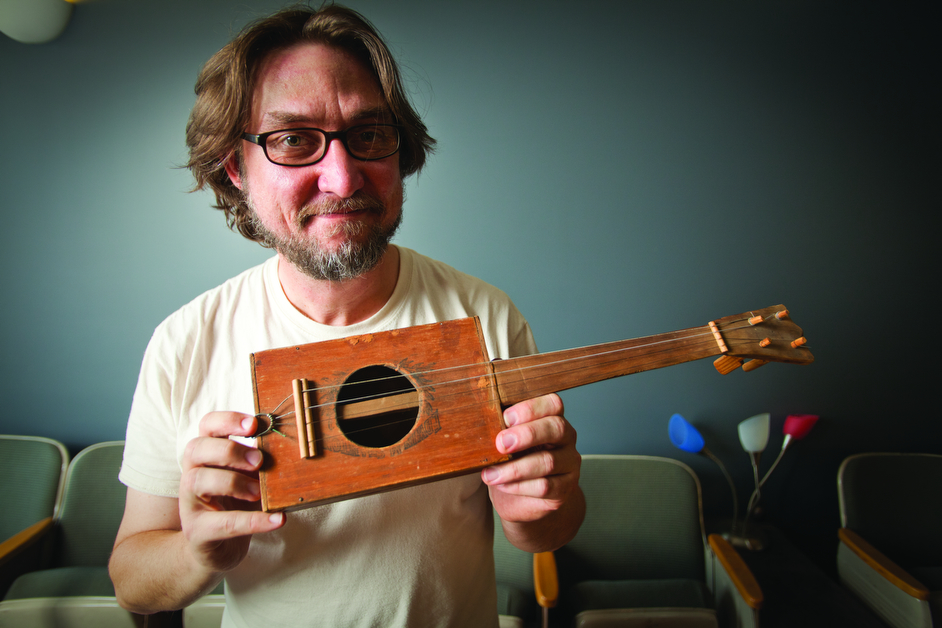 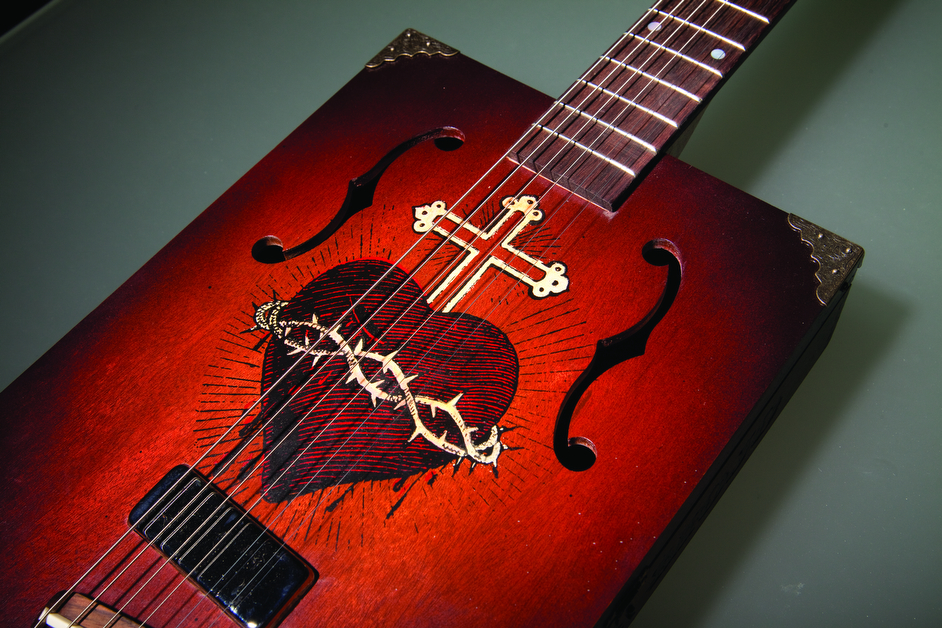 A six-string cigar box guitar from Daddy Mojo. He calls this electric guitar the “Dolorosa.” 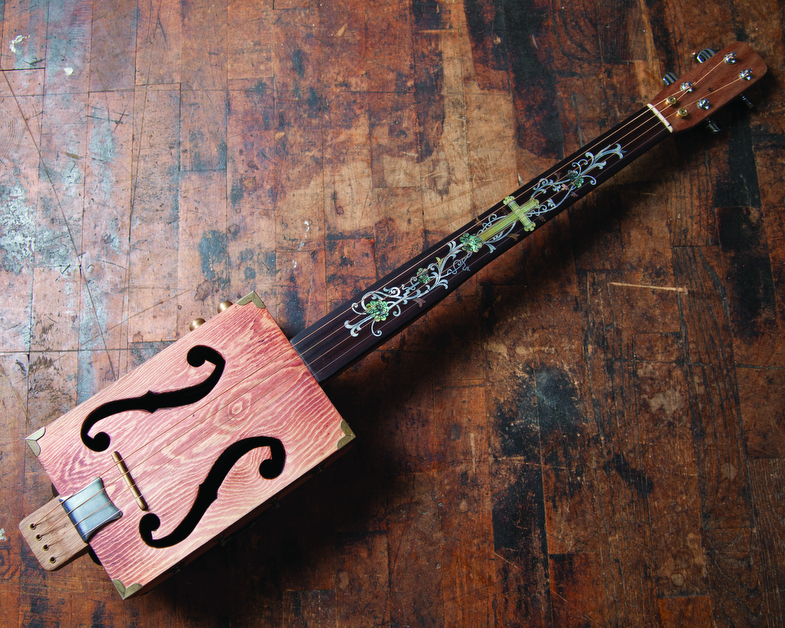 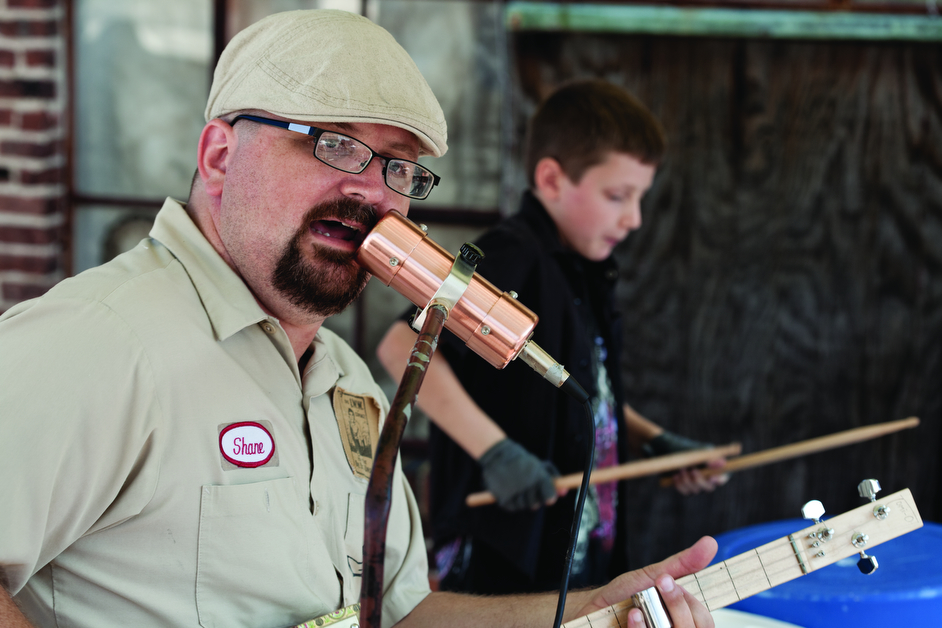 Shane Speal, the “King of the Cigar Box Guitar” and his son, Shane Speal II at the 2010 Cigar Box Guitar Festival. Over the last several years, Speal has been a tireless promoter and educator about all things cigar box guitars. 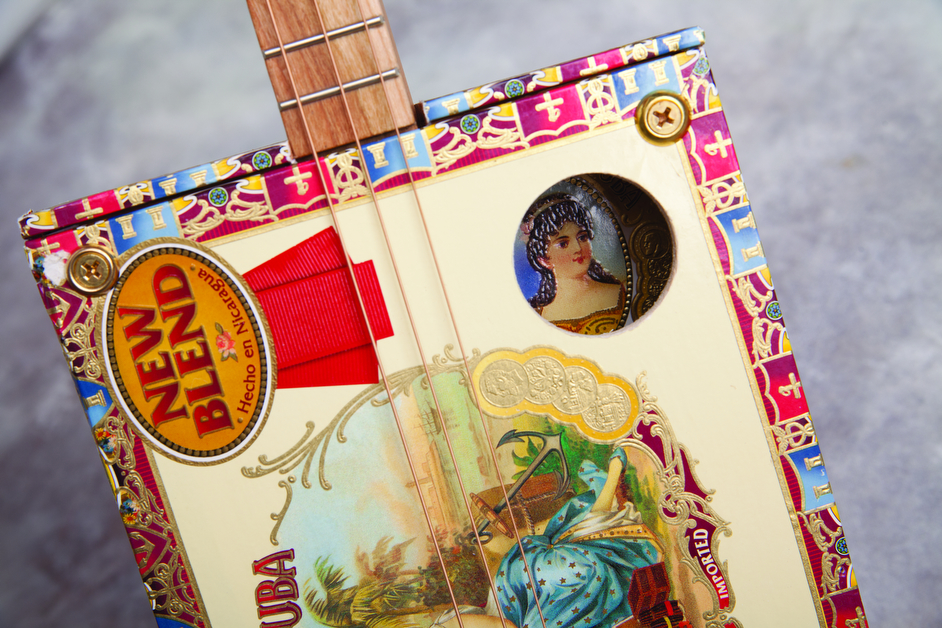 A close-up of one of author David Sutton’s own colorful creations. He’s using a La Aroma de Cuba cigar box for this three-string guitar. 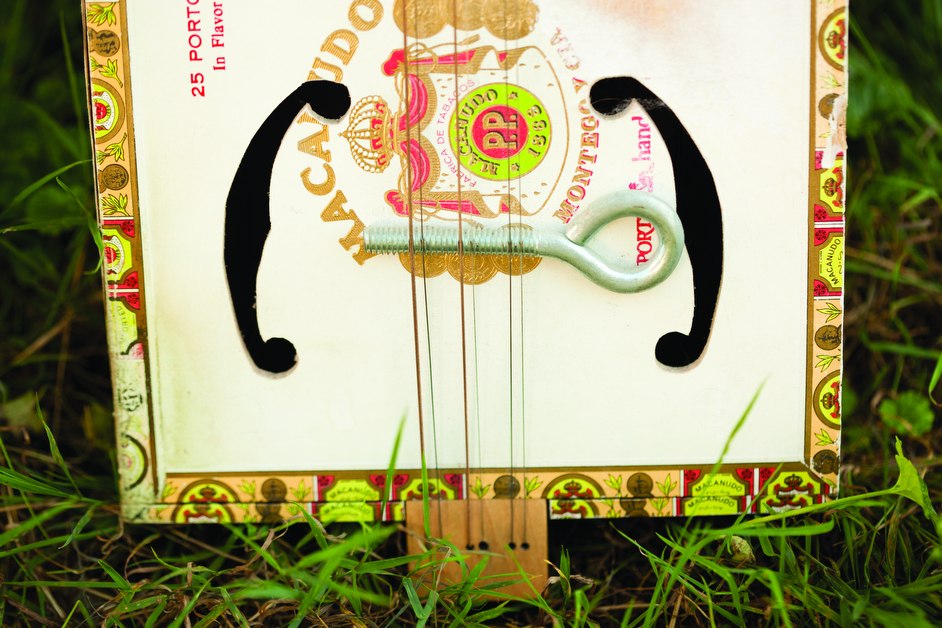 A cigar box guitar built by Tomi-O features three pairs of strings and an old Macanudo cigar box. An eye-bolt serves as a floating bridge.