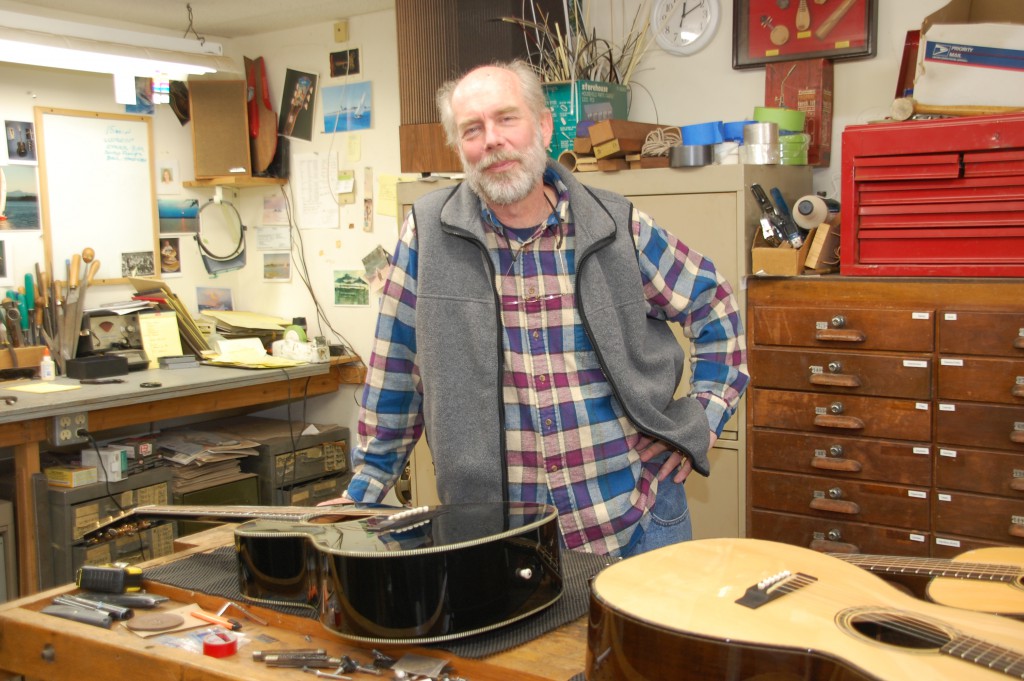 “It’s really about serving the wood,” says Kim Walker.  “Figuring out what a particular piece of wood will be good at and then getting as close to that as possible.”

I’m standing in one of my favorite spots on the planet:  Kim Walker’s shop.  I’ve brought along my friend, fellow guitar geek, and aspiring guitar maker, Jonas Baker.   We’re here to check out four Brazilian rosewood/spruce OMs that Kim has completed.  To add to the mix, I’ve brought along my Kim Walker One Third Century of Progress, “scrap guitar,” made of good sounding but visually challenged pieces of Honduran mahogany and European spruce that I asked Kim to build and paint back.  Oh, and Kim added a few decorative flourishes, too (check out the article in the spring 2011 issue of the Fretboard Journal).

We’ve just asked Kim about these four wonderful rosewood OMs, three of which have red spruce tops while one has a European spruce top.  They all sound marvelous, but each has a unique tonal character.  “When I find a piece of wood that I like, I want to do what’s best for that piece.  I want all of my guitars to sound good, but I don’t try to make all of them sound the same.”  Walker’s after consistency in quality, but he doesn’t seek to build identical guitars.  When I push him on this, he concedes that wouldn’t find guitar making very interesting if all of his guitars were identical in tone.  It’s the pursuit of art and the presence of mystery that continues to inspire him.

As for art, these four guitars define it.  All sport Kim’s gorgeous varnish finish and range in decoration form the ornate to the austere.  All sound spectacular and play effortlessly

And, there is some mystery, too.  We can all hear the tonal differences, but we can’t really describe them in words.  At one point, Kim, obviously enjoying hearing someone else play the guitars, even someone of modest skill, asks me to play the same tune on each guitar.

Kim also shows off his next project, the aptly named Cremona Finale.  Kim says that because archtops take about twice as long to build as flattops, “this will be my last.”  He doesn’t say this with much conviction, though!

After a nice lunch (thanks Kim and Diana!), Jonas and I reluctantly prepare to leave the shop.  But, even before we’re out the door, we find ourselves talking about returning to see the completed Cremona Finale.

Oh, and, just before we make our exit, Kim pulls out a chisel and does a bit of fine tuning to my One Third Century of Progress. 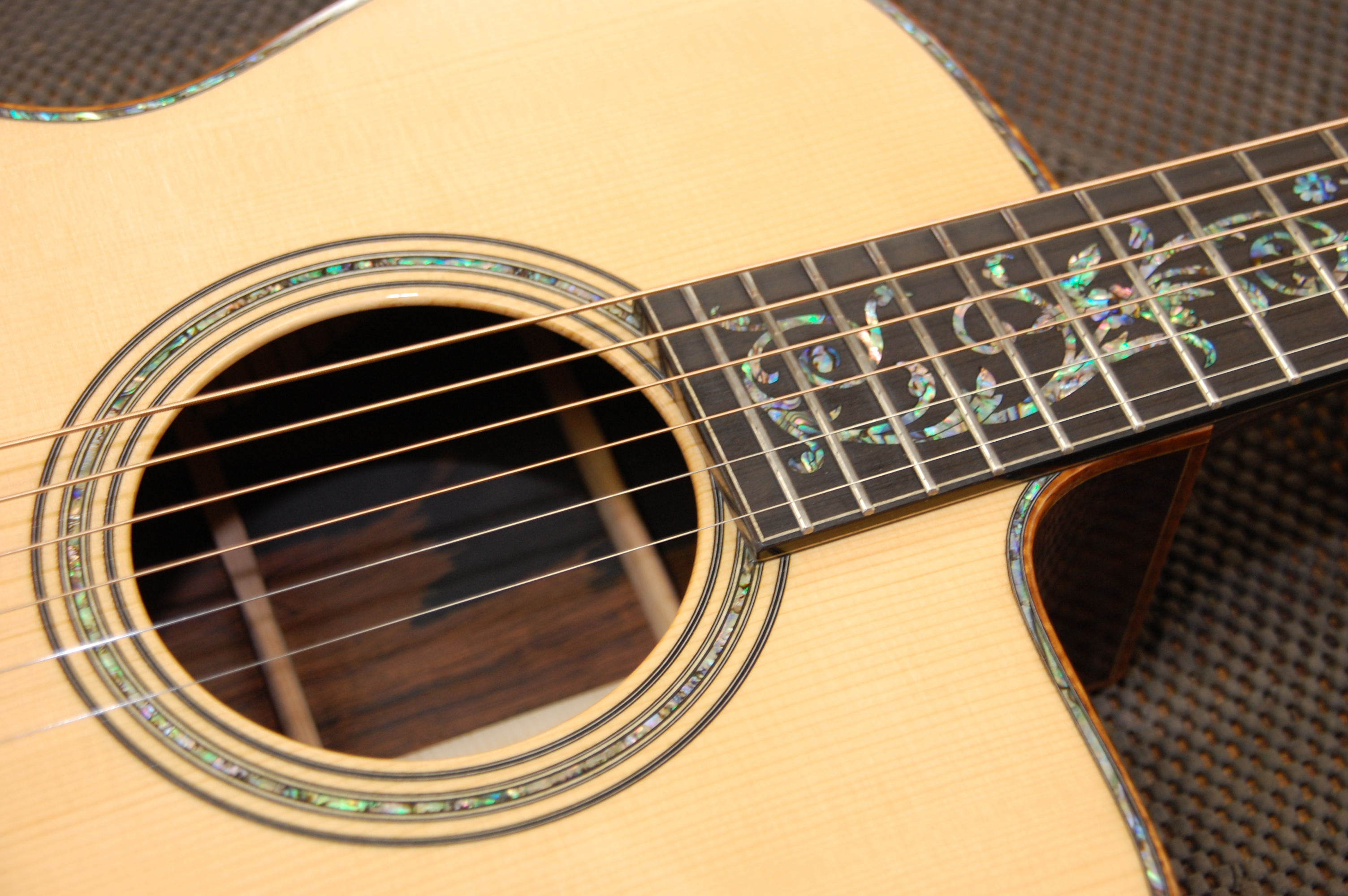 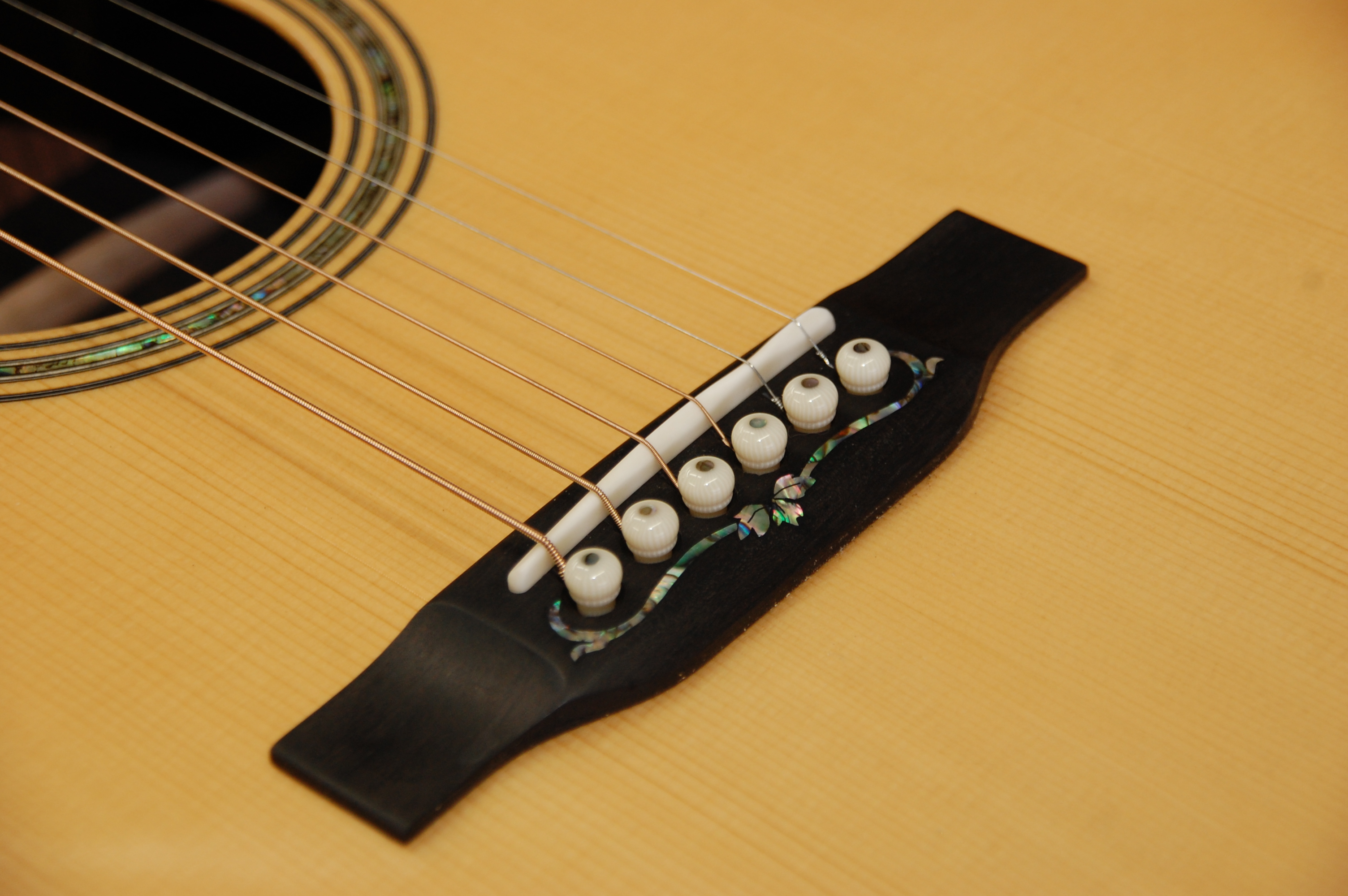 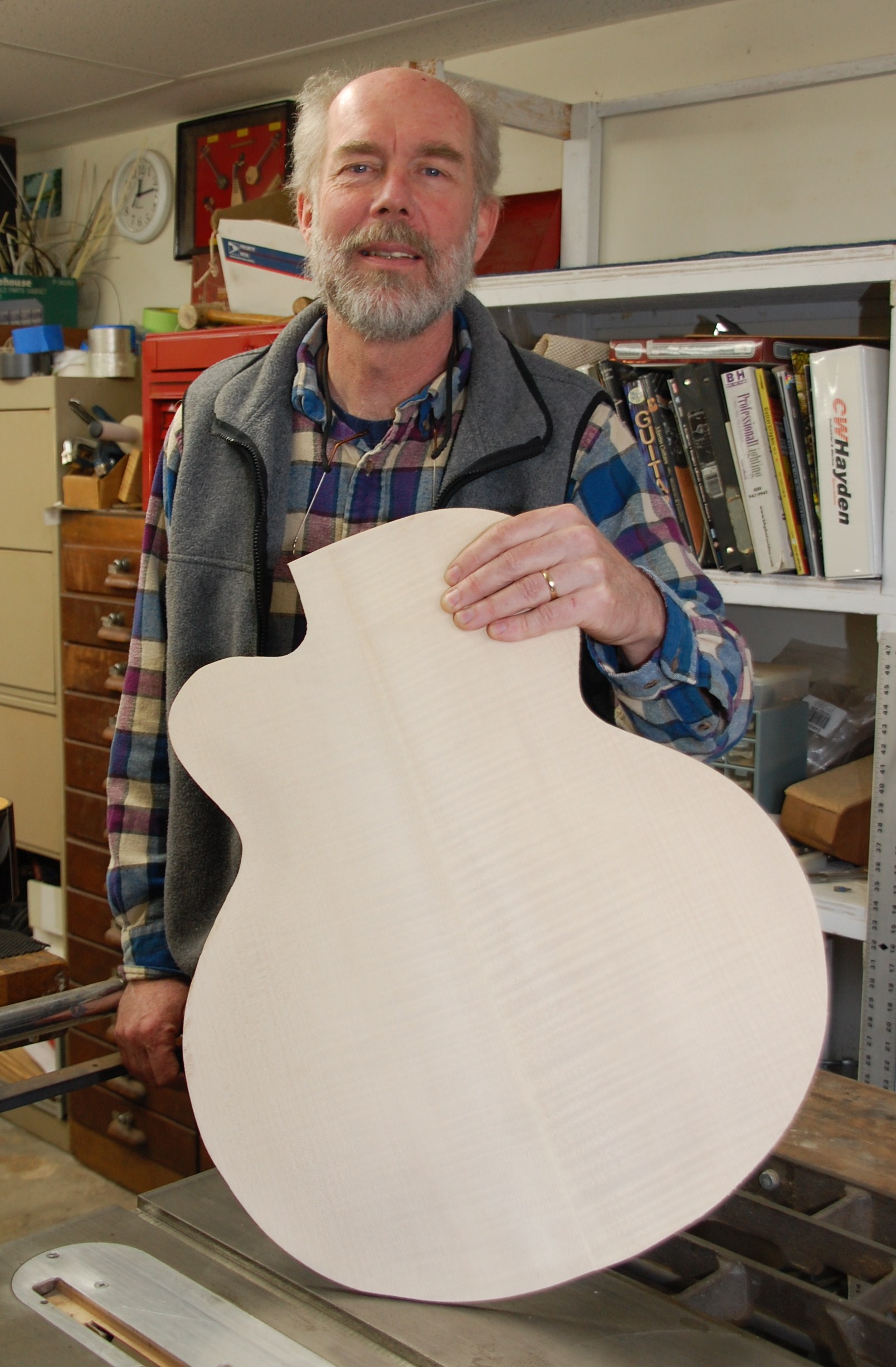 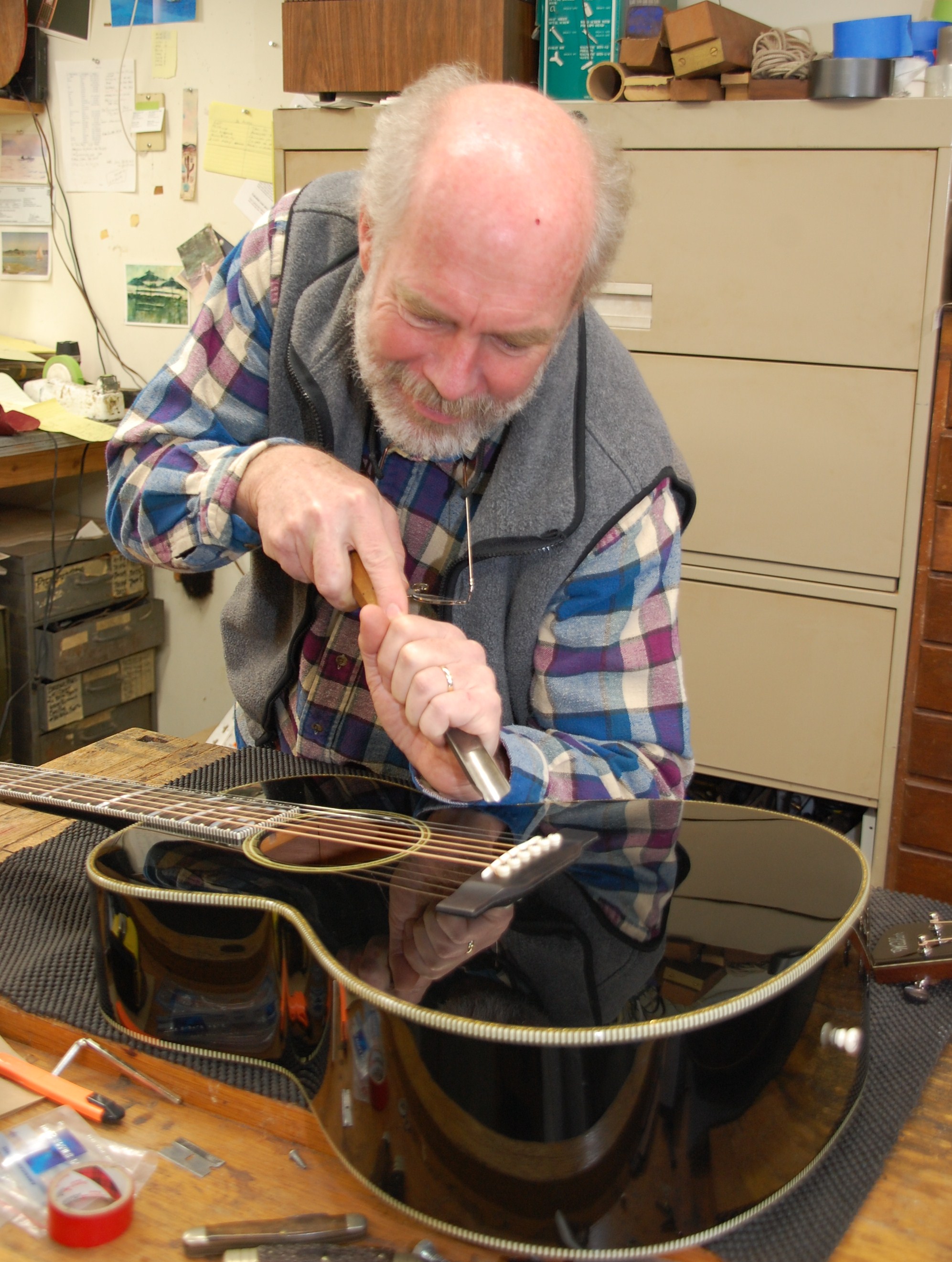 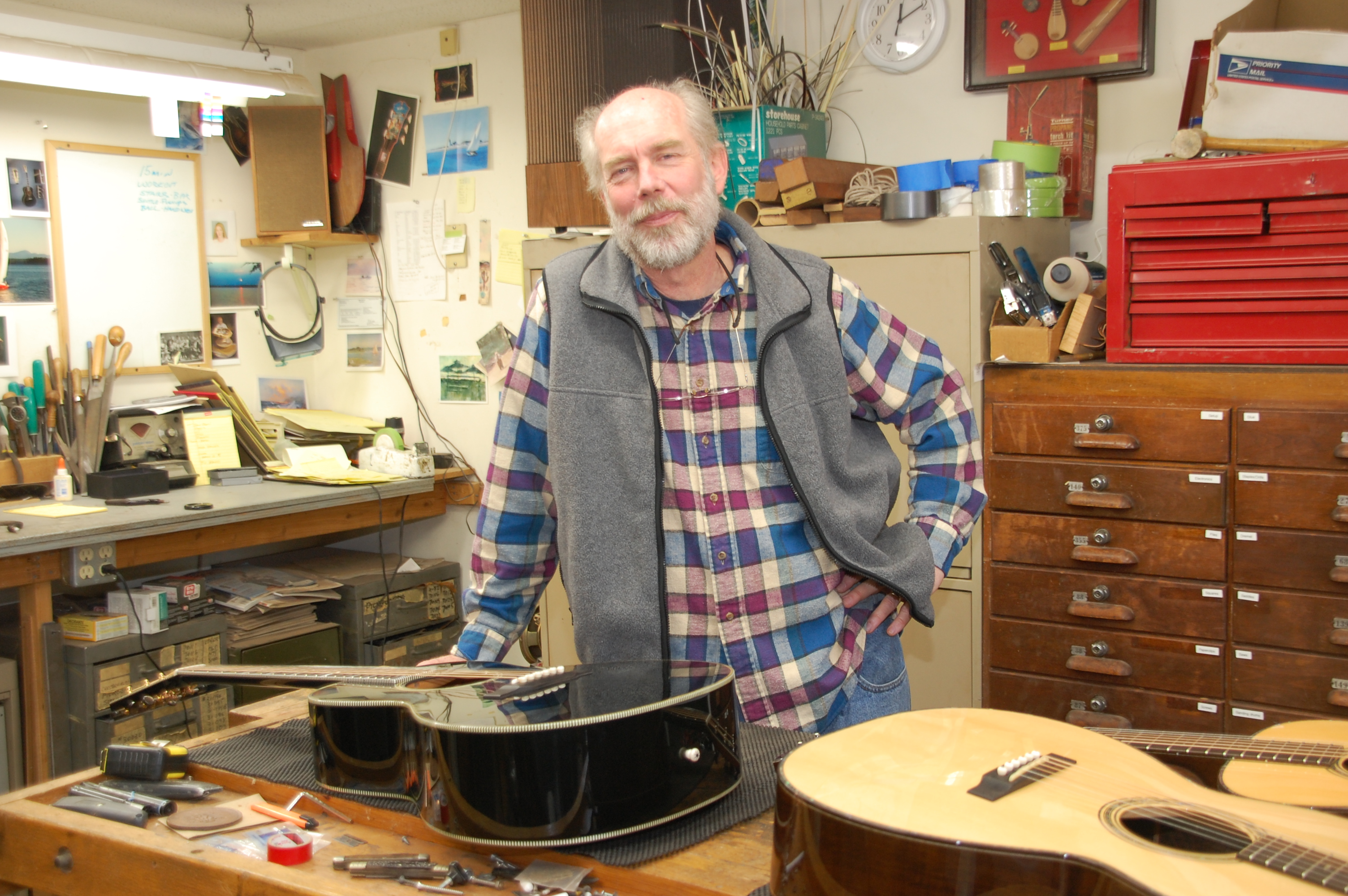 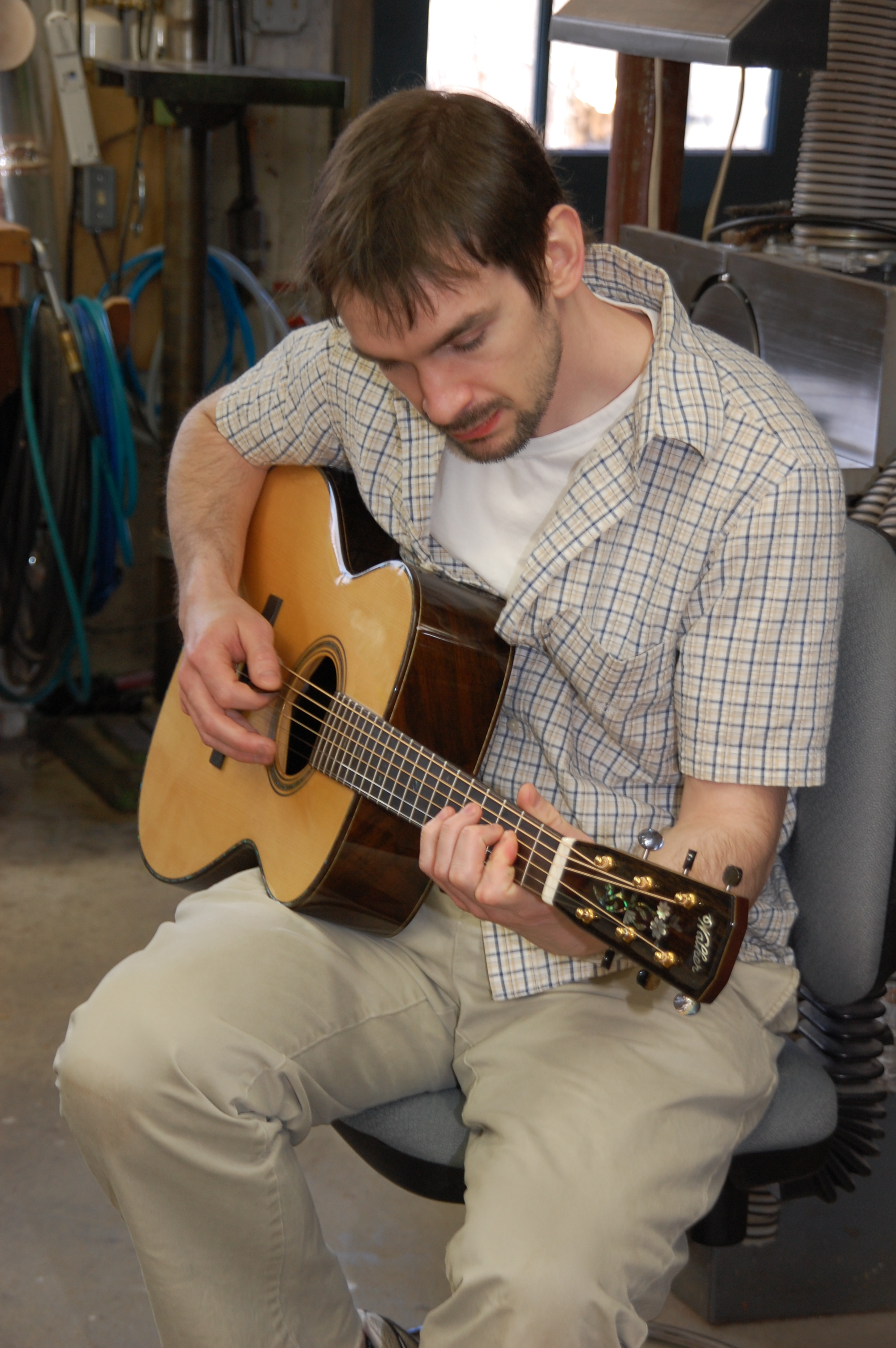 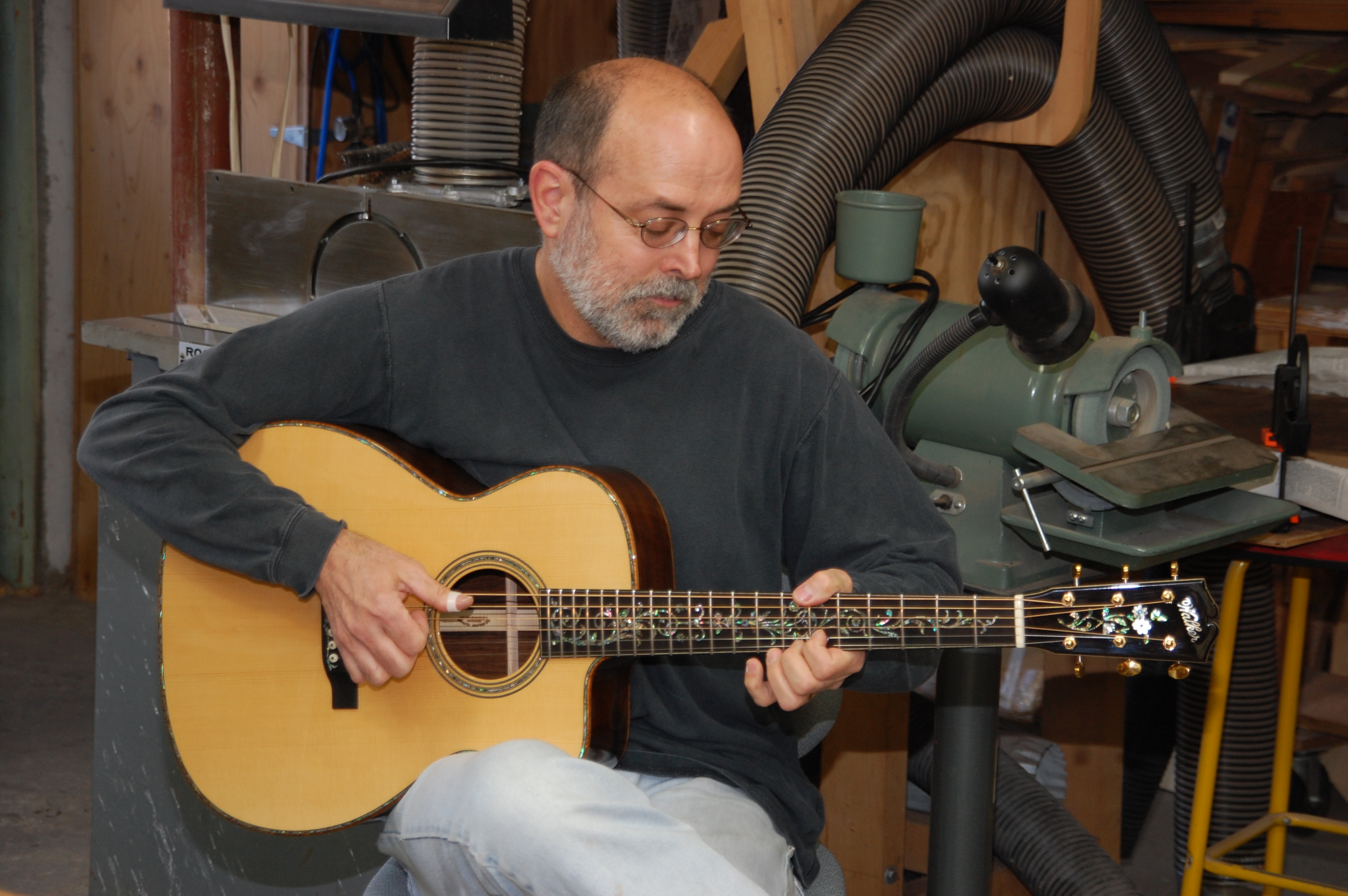 Four Seasons of John Monteleone at the Metropolitan Museum, April 10, 2011