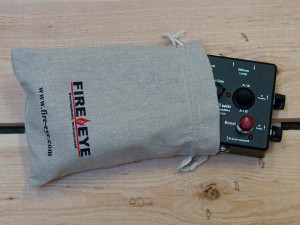 There’s something immensely gratifying about sound-checking at a club for the first time and having the sound guy complement your tone. Back when I was a bass player, this wasn’t unusual – I favored a couple very fancy amplifiers with sophisticated DIs that gave the board a sweet, clean level signal. As a guitar player, though, it’s not easy to get much love from a sound guy, particularly for an acoustic guitar via DI. They’ve grown accustomed to a disappointing lack of clarity via the usual hodgepodge of pickups and preamps that folks throw at them. So, when I plugged my guitar into the Red-Eye Twin from Fire-Eye Development for sound check at a recent gig, I was just hoping to get through it without a grumble, but as I paused after my first burst of your typical soundcheck noodling I was immediately asked, ‟What’s in there?!? That sounds great!” 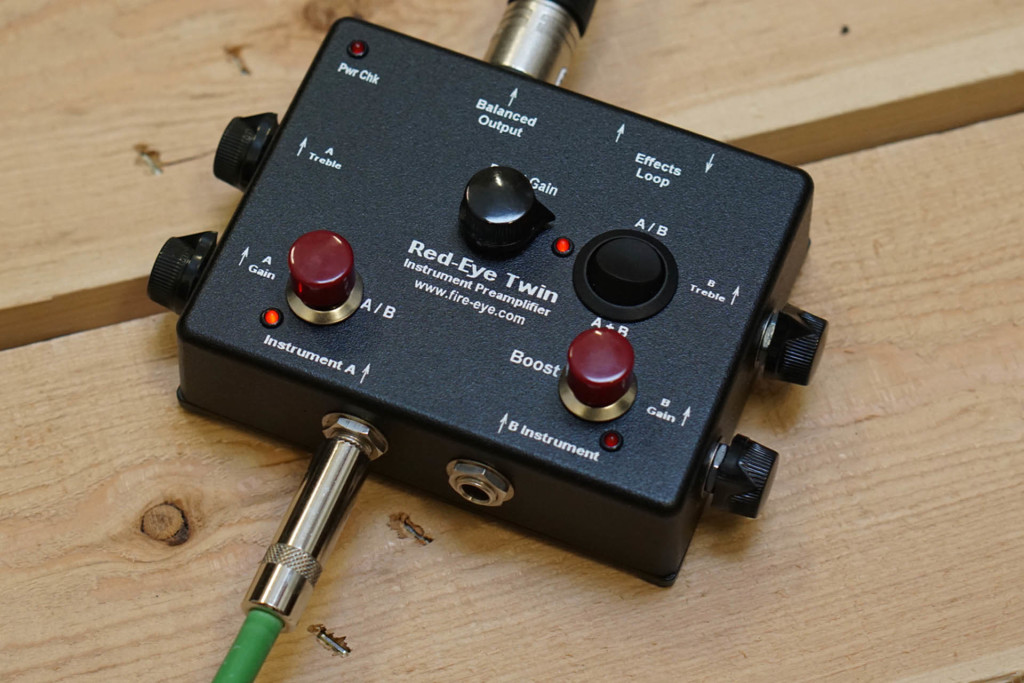 Fire-Eye is a small operation, the brainchild of Daren Apelt, a retired electrical engineer, based in Austin, Texas. Daren makes three variations of his pre-amp/DI, starting with a simple buffered DI with an effects loop (the Dee-Eye, $155), adding a clean boost and treble control (the Red-Eye, $225), then doubling that (the Red-Eye Twin, $325, for folks with two instruments on stage). They’re refreshingly uncomplicated, with absurdly high impedance inputs (1 million ohms, according to Daren) and a low impedance balanced output. They all run on phantom power, but both of the Red-Eyes can also operate on a nine-volt battery (Daren expects users to get ~200 hours of battery life; the batteries are automatically bypassed when phantom power is connected).

The Dee-Eye and the base model Red-Eye are intended for use specifically with high impedance piezo pickups, but the Red-Eye Twin incorporates an internal trim pot that can be adjusted to accommodate either piezo or magnetic pickups. The Twin includes two buttons for input selection and boost, respectively, plus a switch for enabling inputs A/B or A+B (either/or or both – note that in A+B mode the A/B selection button will enable or mute both inputs). There are separate treble and gain controls for each input, and a single ‟Boost Gain” control – since there is only a single output, in A+B mode the signals from both inputs are combined (the A+B mode might be best suited for blending two signals from a single instrument). 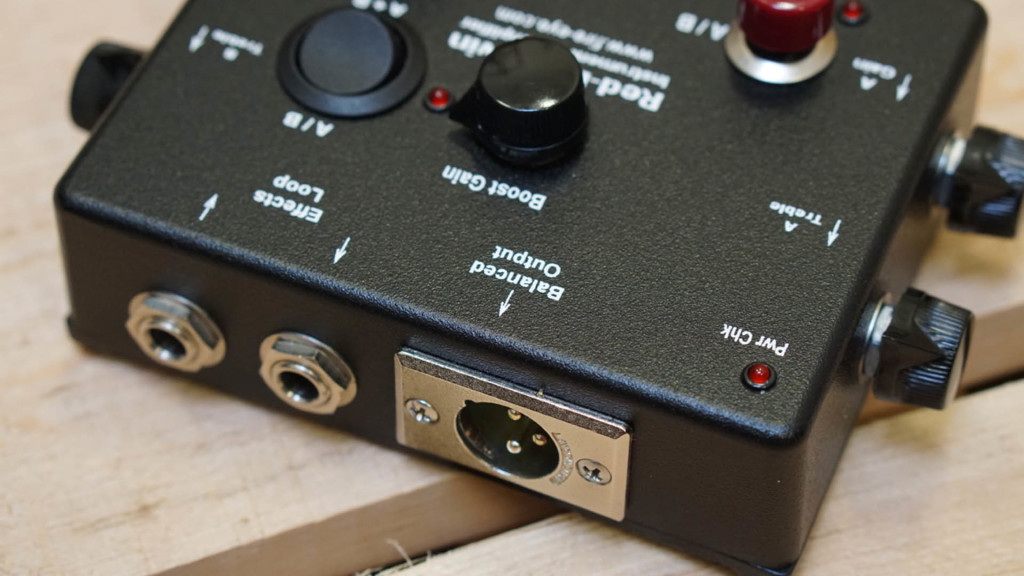 The level of customer service that Daren provides is exemplary. He’s accessible and friendly, and has incorporated the input of the musicians who use his products in the refinement of his preamps – for example, developing the Twin for a local Austin player who doubled on guitar and mandolin, and adding that internal trim pot at the suggestion of a player using a low-output, passive soundhole pickup. I have one guitar equipped with a passive L.R. Baggs M-1, so that trim pot is a feature I certainly appreciate, but my primary stage instruments (flattops, archtops, and mandolin) have K&K Minis installed, and although I’ve only gigged one (K&K-equipped) guitar through this updated Twin so far, all the guitars and the mandolin were very happy going through it (into the Fender Acoustic Pro covered in a previous installment of the Hands On column) during our testing ‟in the lab.”

The strength of the Red-Eye is in its simplicity – with single knobs controlling tone (treble boost or cut) and gain, fiddling is minimized (provided you’re not doubling on fiddle), so dialing in your setting is quick and easy. On the other hand, it does somewhat limit your ability to compensate or adjust if you’re playing a small gig without the luxury of a sound person and would rather tweak the preamp than play with the board. We’ve not run into this problem, however; in our testing the sound is beautifully transparent, unaffected by an overthought EQ curve, strong and clear. It’s the sort of signal that makes a sound person very happy, and Happy Sound Person = Good Gig. – Brian K. Saunders 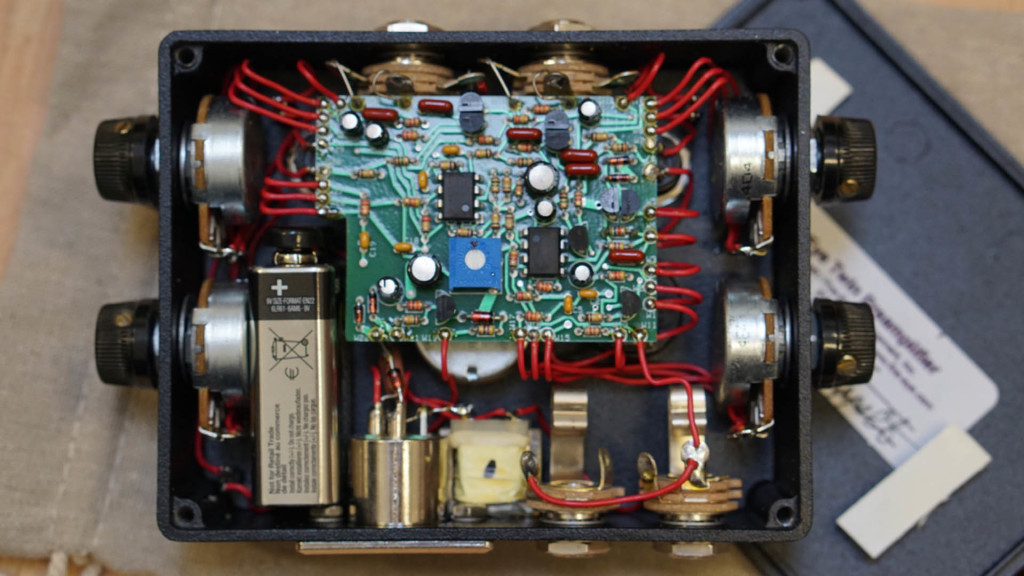