In the world of electric mandolins, it is a truth universally acknowledged that the more widely available the instrument, the lower the quality. But the Eastman El Rey may be poised to change all that.

Introduced at Winter NAMM 2019, the El Rey hits stores this summer. At $1299 MSRP ($1039 street), it appears to be targeting players who’ve gotten their feet wet with entry-level axes like the Epiphone MandoBird, Eastwood Mandocaster and Fender MandoStrat and are looking for something a little nicer. Until now, that has meant going to a custom builder—the El Rey seems to be intended to compete not with the aforementioned models, but with the Jonathan Manns and John Smiths and Steve Ryders in the spectrum of e-mando lutherie.

And for the most part, it seems to be well equipped for the task.

In the past 40 years, major producers have gravitated primarily toward the “shrunken guitar” type of electric mandolin, with a shallow neck angle and a hardtail bridge. E-mandos with floating bridges, patterned after acoustic mandolins, have mostly been the ubiquitous bargain-bin imports from factories with little evidence of quality control. In that context, the Eastman El Rey, with its traditional mandolin styling and careful attention to detail, is a breath of fresh air—bringing to mind the Gibson EM150 and EM200 (both discontinued in 1971) or serving as a much more playable upgrade from the Harmony “Batwing” (which disappeared around 1976).

The single-cutaway body with its distinguished 4-ply top binding matches Eastman’s El Rey guitar, naturally, but also serves as a simplified take on the F-style mandolin design. Acoustic mandolinists should find the neck profile to their liking. A dark brown sunburst finish accentuates some attractive figure in both the bookmatched maple top and the 1-piece mahogany body. The El Rey does sport a pair of F-holes atop its tone chambers, but there’s also a solid center block of mahogany, which solves the feedback problem—I turned it up as loud as the amp would go and the signal remained clean. 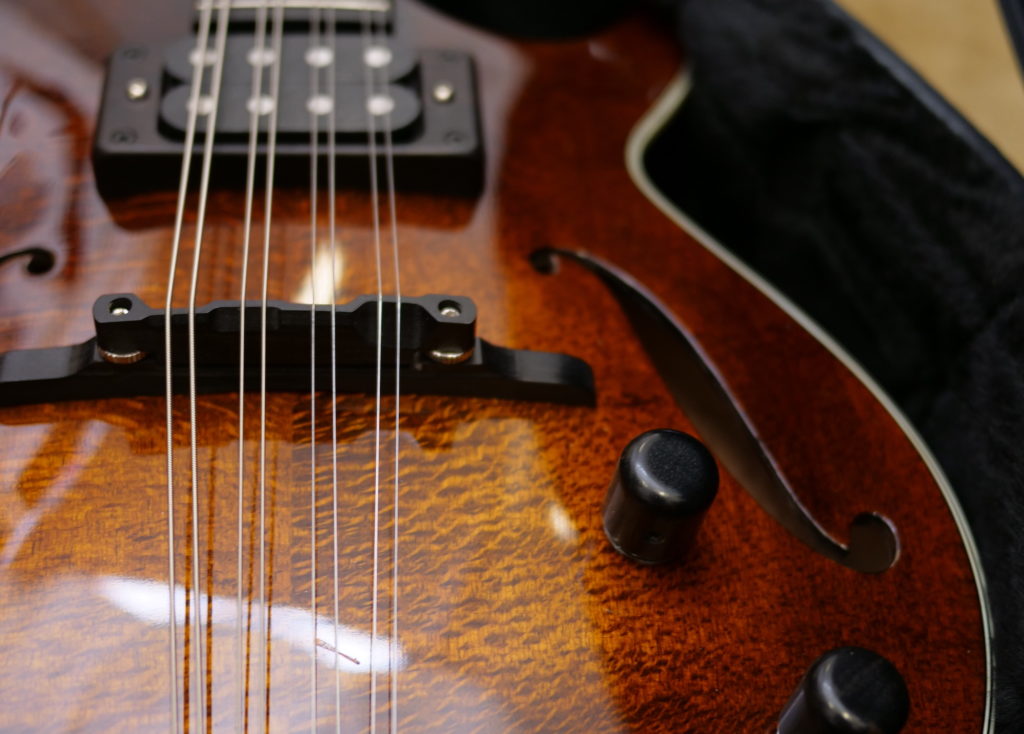 Again in a nod to acoustic mandolins, the El Rey came strung with a 40–11 loop-end set of nickel strings—heavier than many electric players use, but more or less standard for bluegrass players. If you want easier string bending, of course, lighter strings are always an option. It’s fitted with high-quality nickel Grover tuners, standard mandolin frets and a 1-piece nickel Eastman tailpiece. You’ll find ebony in the expected places—the 2-piece bridge, the headplate, the standard-scale fretboard with its understated thumbnail inlays along the bass side—but also in some unexpected ones, namely the tone and volume controls and the handmade pickup ring. This latter surrounds a custom-made Lollar humbucker that very much resembles the Seymour Duncan mandolin pickups of yesteryear that you might have found on a Schwab Deluxe in the 1980s.

One can’t help but appreciate the decision not to skimp on the pickup: it delivers a good clean tone, not too bright or dark, not the least bit tinny, nasal or quacking. It isn’t “woody” but is still recognizably a mandolin. A series/parallel switch might have been nice, but the sound should lend itself to shaping with effects, if that’s your bag. However, there is one small problem: on the El Rey that I reviewed, the pickup suffered from the dreaded “weak E” syndrome. In other words, the signal from the E string did not match those of the other strings in terms of volume. This is something that needs to be fixed, possibly by changing the angle of the pickup within its ring, or by adjusting the E poles so they sit closer to the strings. At this price point and with a custom pickup, players should not have to tolerate a problem usually associated with lower-end e-mandos. (Many MandoBird owners modded their axes with custom pickups for precisely this reason.) Surely the Eastman folks and Mr. Lollar can put their heads together and solve this.

That single objection aside, the El Rey is a versatile instrument that comes along at an auspicious time (Fender and Epiphone having ceased e-mando production for the nonce) and should find a place in a variety of amplified ensemble settings. Retailers are preparing to offer it with an Eastman gig bag (which, if you’ve not seen one, is amply padded and has a built-in neck support), although the review copy came in a nice shaped hardshell F-style case. Who knows, perhaps because of the Eastman name, the El Rey will find its way into stores that usually don’t stock electric mandolins. One can always hope.

Martin Stillion is the proprietor of Emando.com. 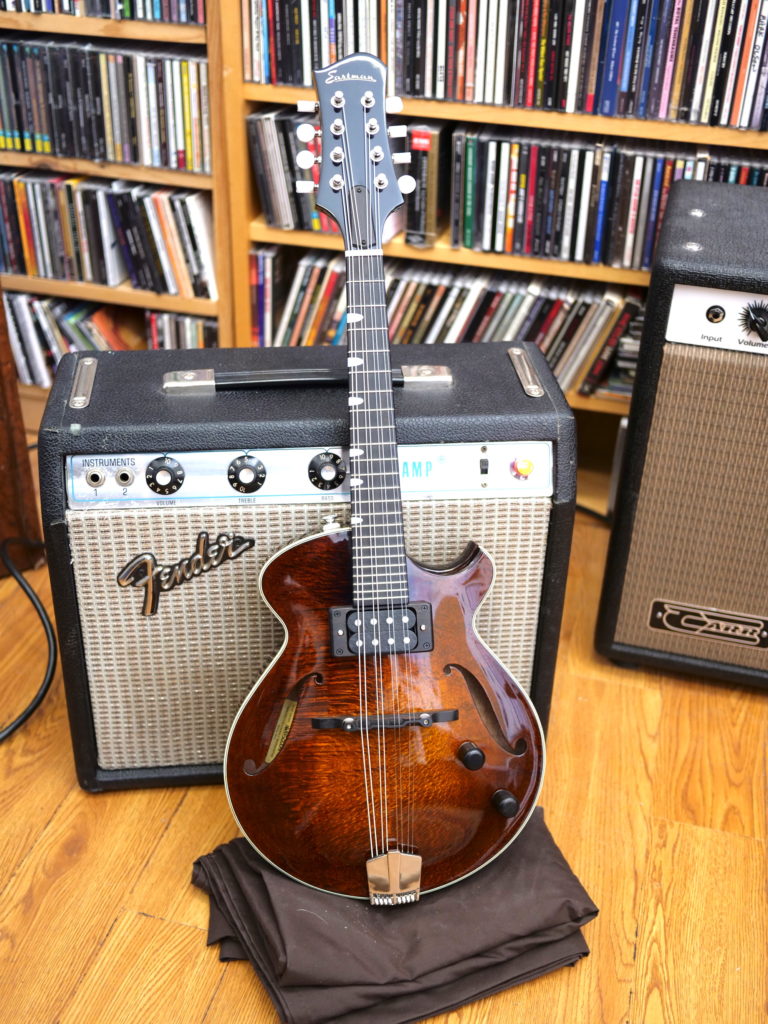