One of the joys of the FJ is all the diverse artists we feature. For the last year or so, we’ve strayed a bit from our folksier roots and interviewed some fairly big name rock stars, including Eddie Vedder and Billy Gibbons. Why? Because they have good stories to tell and interesting perspectives on music and music-making! Several months ago, I interviewed Kim Thayil of Soundgarden for what would end up being the cover story for FJ #27. We talked about the Guild electrics he plays onstage, his early influences, Devo (yes, he’s a big fan) and much more. He’s one of the most intelligent and thoughtful artists I’ve ever chatted with. And, in a case of funny (and cool) timing, I just read that Soungarden’s King Animal is the number one rock record in the country right now. At the time we were talking, the album was still in the making.

Our new issue packs a lot more into its 128 pages, too. We have a lengthy (22 pages!) story on Virginia luthier Jim Merrill; an interview with  singer-songwriter Loudon Wainwright III; a gorgeous photo essay on Santa Cruz-based electric builder Scott Walker and a lot more. The issue will be mailing soon to subscribers everywhere. Join our tribe of gear and music lovers of  if you haven’t yet. We have even more surprises for 2013. 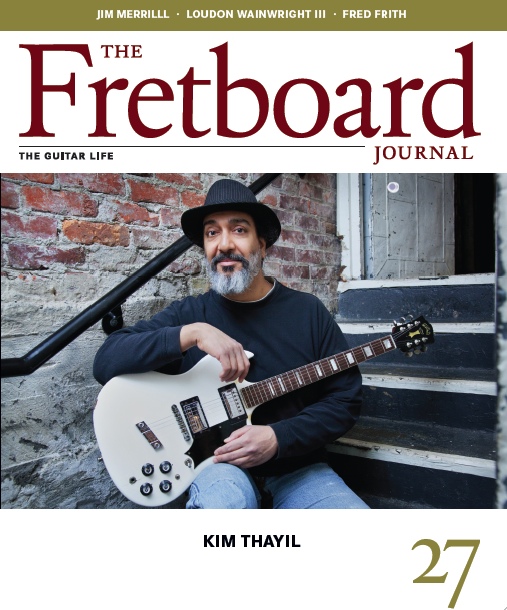