From the time the Gibson Nick Lucas Special was first cataloged in 1927 until it was discontinued in 1938, the instrument went through a bewildering array of changes. The guitar was developed in consultation with Nick Lucas, a popular singer and guitarist of the 1920s and 1930s. (His most popular song was “Tiptoe Through the Tulips,” which was a massive hit in 1929 and it hit the charts again in 1968 when it was covered by Tiny Tim.) In its basic form, the Gibson Nick Lucas has a grand concert silhouette with an extra-deep 4 1/2-inch body, a combination that produces the clarity and balanced tone of a smaller guitar with the punch and volume of a larger instrument. This particular design, which sounds great, never caught on, probably because Gibson never really settled on a standard design for the Nick Lucas, so players never got a chance to try it out.

The Gibson Nick Lucas pictured here was made in 1927, the first year of issue. It has the rounded body shape of the L-1, the same guitar Robert Johnson was photographed playing in the famous studio shot. This version was made with a spruce top and mahogany sides and back, with 12 frets clear of the body. The sunburst finish was standard throughout the guitar’s 11 year run. 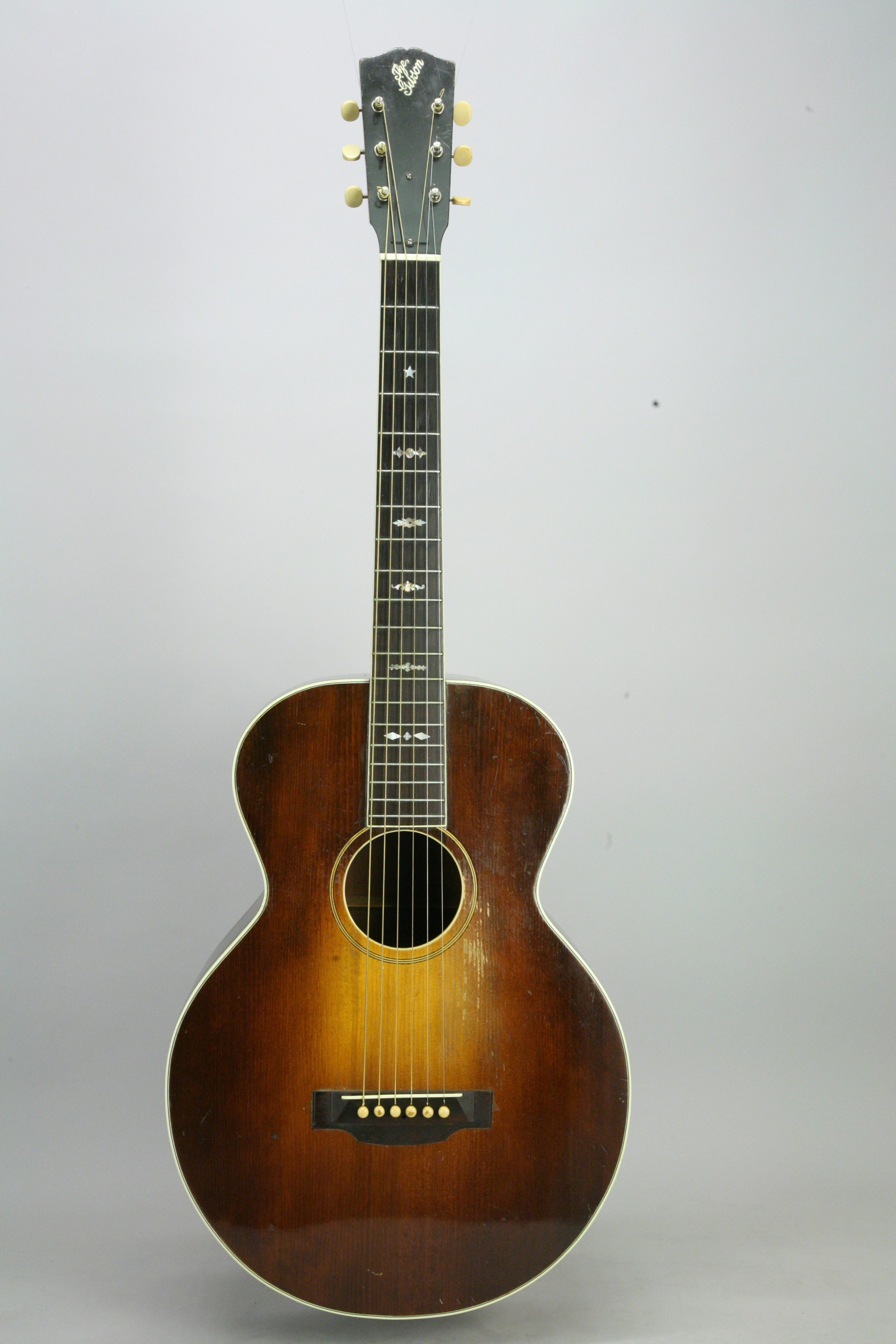 In 1929 Gibson simplified the inlay pattern, making it more streamlined and modern looking. And in 1930, they changed the body shape, moving to the slope shouldered L-00 shape. They also switched from a 12-fret to a 13-fret neck. Although the catalog described the guitar as being made of mahogany, most of the 13-fret versions seem to be made of Indian rosewood. (This is the version of the Nick Lucas Special that inspired the Santa Cruz Guitar Company to start building the H-13. ) Either by chance or design, the 13-fret configuration placed the bridge on the top’s sweet spot and these guitars can sound amazing, with a full, resonant tone. This version is best known as the guitar Bob Dylan played in the early 1960s, although his was stripped and refinished. 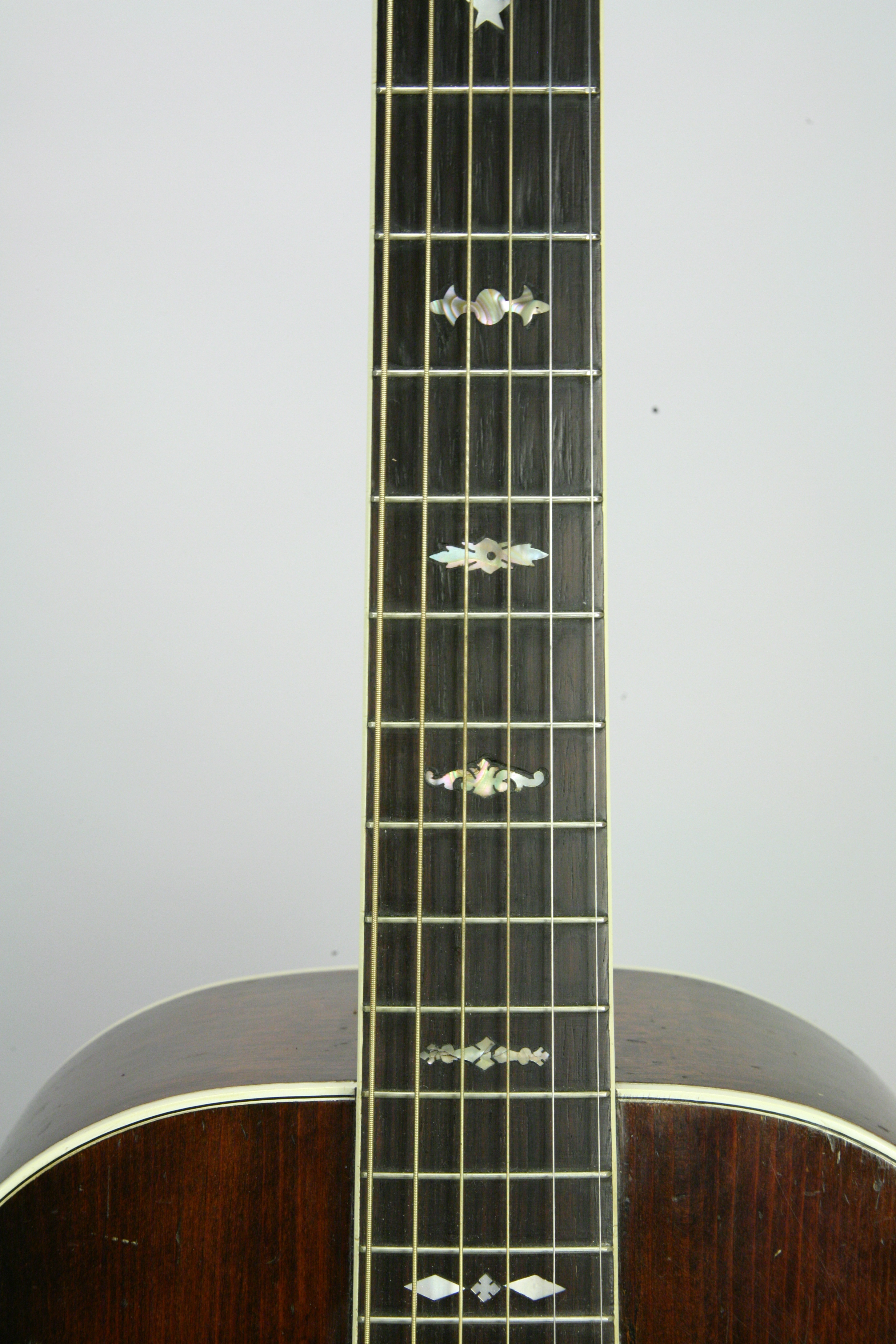 If you look carefully just below the bridge pins, you’ll see that there is a hole that used to hold an extra small bridge pin. It didn’t seem to actually serve any purpose, and at some point in this particular guitar’s history it fell out and got lost and the owner didn’t think it was worth the effort to replace it. 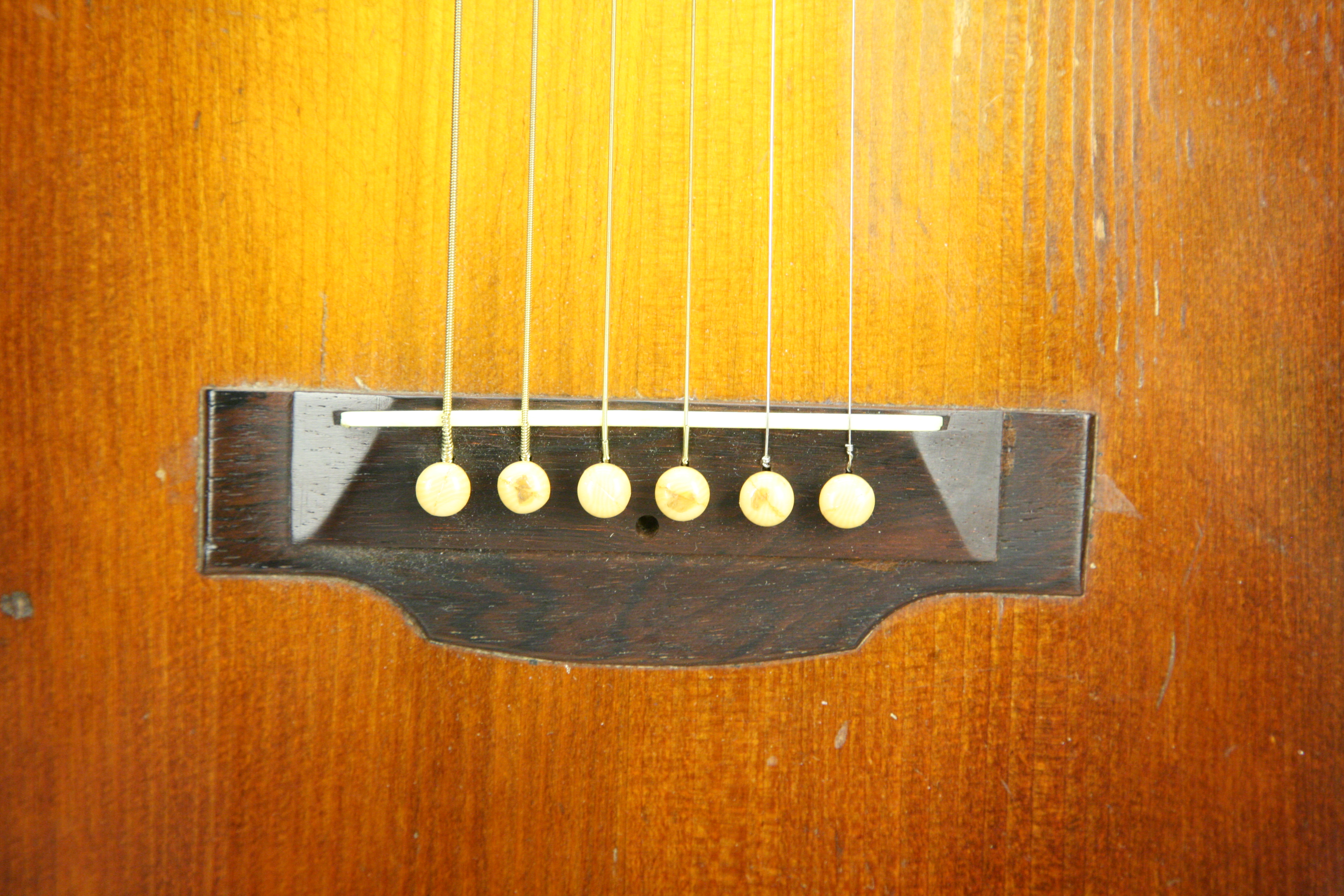 As you can see from this side view, the Gibson Nick Lucas is very deep for a small guitar. In fact, at 4 1/4 inches at it widest point, it’s as deep as a dreadnought. (The new Martin Jeff Tweedy 00-18 DB, a grand concert with a deep body, is Martin’s take on this concept.) In 1934 Gibson switched the 13-fret neck for a 14-fret neck and specified maple for the sides and back. Sadly, Gibson had to move the bridge closer to the soundhole to get a 14-fret neck, and while the 14-fret version sounds pretty good, it’s not as magical as the 13-fret version. On the other hand, the 13-fret version is rather confusing to play, which is probably why Gibson changed it. So to recap, its 11 year history the Nick Lucas had two different body shapes, 12, 13 and 14-fret configurations and they were made of mahogany, rosewood and maple. It’s no wonder they never caught on. Still, they are wonderful guitars and you should really try to play an old one if you ever get a chance. 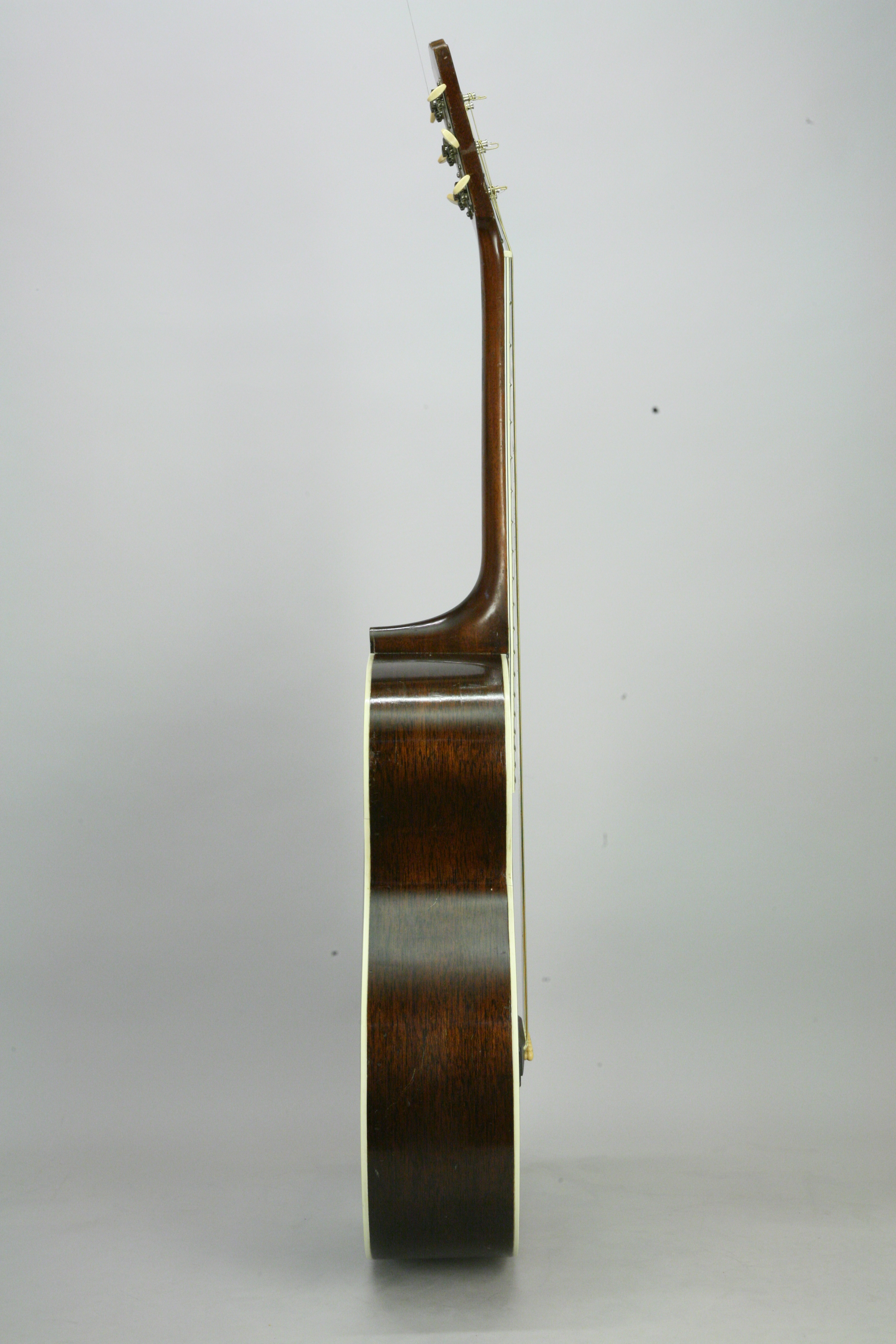 Bob Dylan with his refinished 13-fret Nick Lucas in 1964.