This is quite simply the best CD of music I’ve encountered in a long while. It’s sophisticated, yet hummable, complex, yet danceable. I’d wax eloquent about it but, well, I already did in the CD’s liner notes.

You can learn about John Stein on his website.  You can listen to clips of the tunes and buy the CD on the label’s site.  You can read my liner notes in the CD booklet or right here:

J.S. is a Beguiling Guitar Player

Go ahead; drop your virtual needle anywhere on this CD. Then listen. Really listen.

One of the first things you'll hear will be the space between musical phrases. This is the rare, modern recording where the musicians give each other, and the music, room to breathe. The arrangements allow each instrument's voice to be heard, which enables the music in all of its subtlety to be both understood and felt.

Despite its sophistication, intricacy, and nuance, at root, this is danceable music. Set against nimble, multifaceted drumming, the lines played by the other musicians weave, bob, spin, dart in and out, embrace on occasion, and, well, Tango. They should. Drummer Matias Mingote German, who first conceived of this project, hails from Argentina, the birthplace of the Tango, and now lives in Spain. He’s made a career of fusing musical and cultural ideas, though never leaving his beloved Tango far behind. His nickname, Mingo, combined with his favorite musical form, the Tango, gives his project its moniker: Mingotan.

Ah, but how did Mingo, a Tango-obsessed Argentinian Spaniard, find the perfect musical soul mate and project leader in John Stein, a gifted guitarist and composer hailing from Berklee College of Music in Boston? Through Facebook, of course! Seeking the ideal collaborator to bring his conception of the Mingotan Project to life and not wishing to be limited by earthly boundaries, Mingo began scouring Cyberspace. He chanced upon Stein’s music, an astonishing catalog of eleven sterling previous CD releases as a leader, and collaborations with a who’s who of jazz musicians. Sensing the ideal partner, Mingo contacted Stein; the pair spoke virtually for a while, detected the makings of some artful chemistry, and began plotting this project.

Now, pick up that virtual needle again and drop it at the beginning of the CD’s opener, Julieta. Again, listen. Really listen. But this time try to isolate a single dancer from the deliciously spare mix, John Stein. After the count in and the multi-instrumental opening figure, Stein plays the theme with extraordinary beauty, delicacy, and in guitar player’s language, touch.

Listen also to the gently and perfectly picked arpeggios that follow single notes at the end of the melody phrases in the next selection, Empanadas. And listen to Stein’s comping. As with his soloing, he plays only what’s needed, exactly where it’s needed, and exactly how it’s needed.

In some ways Stein’s playing reminds me of the work of the great Jim Hall. It’s a style marked by understatement, elegance, and grace. But Stein adds another dimension. I recall the title to one of the first jazz guitar albums I ever bought, Howard Roberts’ “H.R. Is a Dirty Guitar Player.” Well, J.S. is a beguiling guitar player. He lures you into his music, the notes begin to slip under your skin, grow there, and leave a lasting impression. It’s not simply that days later you’ll find yourself humming some phrases that you heard; you’ll find yourself feeling them. You’ll not be the same music listener after hearing John Stein.

Stein can burn, too. Listen, for example to his solos on Le Causse du Quercy and Stepping Stones, the fifth and ninth cuts here. If you find yourself thinking, “This is a guitar player who understands music, who doesn’t have to think, who has transcended his instrument,” you’d be right. Stein has taught music theory at Berklee for over two decades, all the while gigging and recording. Stein not only knows this stuff called music, he lives and breathes it.

It’s no accident that I’ve asked you to listen to these particular tracks. Not only are they among my favorites on the CD, they and two others – fully six of these ten offerings – are John Stein compositions. Like Stein’s guitar playing, his compositions embody the essence of elegance and grace while offering beguiling twists and turns. There’s such depth, range, and thoughtfulness to these compositions that no matter how many times you hear them, each listen will yield a new discovery. You’ll not be the same music listener after hearing a John Stein composition.

Of course, the compositions without execution wouldn’t produce such stellar music.  Collaboration is at the heart of this project. Stein and Mingo carefully selected their dancing partners, each of whom adds a subtle flourish while still thoughtfully serving the overall choreography. We could randomly access any moment in this collection and appreciate the contributions of each musician, but I'll take this opportunity to examine another of my favorite compositions, Stein's Recoleta. From the second bar, accordionist Evan Harlanplays imaginative, understated phrasesthat compliment Stein's statement of the melody while leaving space in the music for the other players. JohnLockwoodlays down a minimalistbottom end thatis so beautiful and moving it’s almost impossible to imagine the composition sans bass.  Rebecca Kleinmann’s sinuous flute floats just above the dance floor, weaving and bobbingin a way that both tantalizesand deepensthe contemplative ambiance. Mingo, providing the dance floor itself,mesmerizeswith a delicate tapestry of musical textures. Breathing together, the musicians create the deepest groove imaginable.

So drop that virtual needle at the beginning of this extraordinary set of performances and listen, really listen, from start to finish. And, even if it must be when no one is looking, attempt a few steps of the Tango. 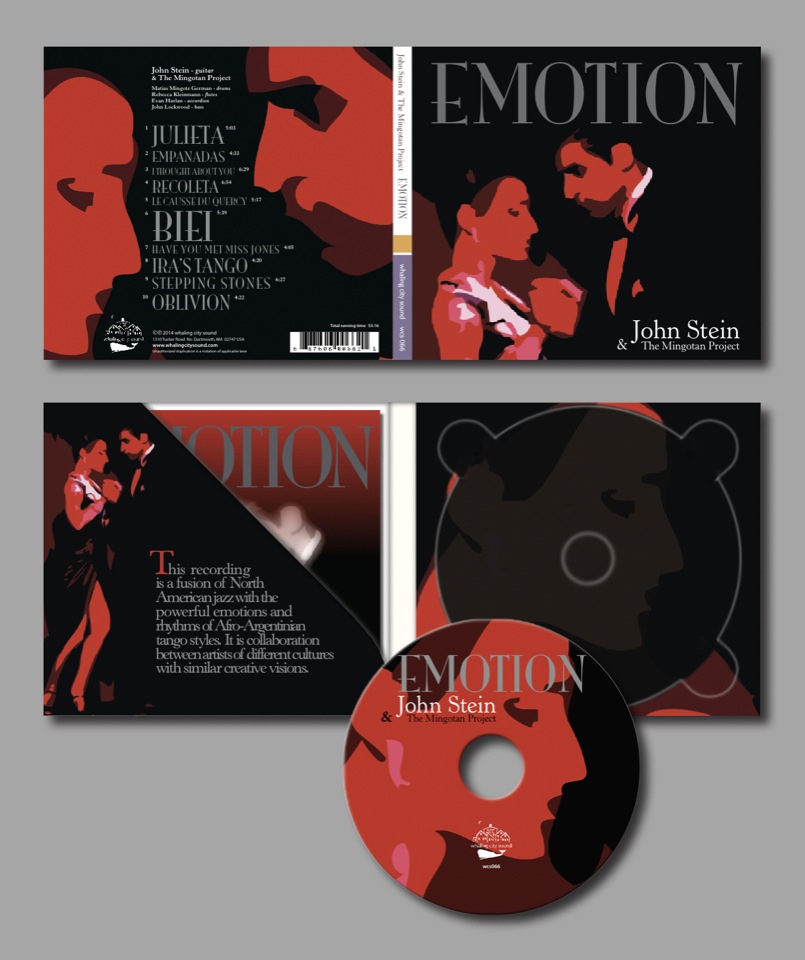 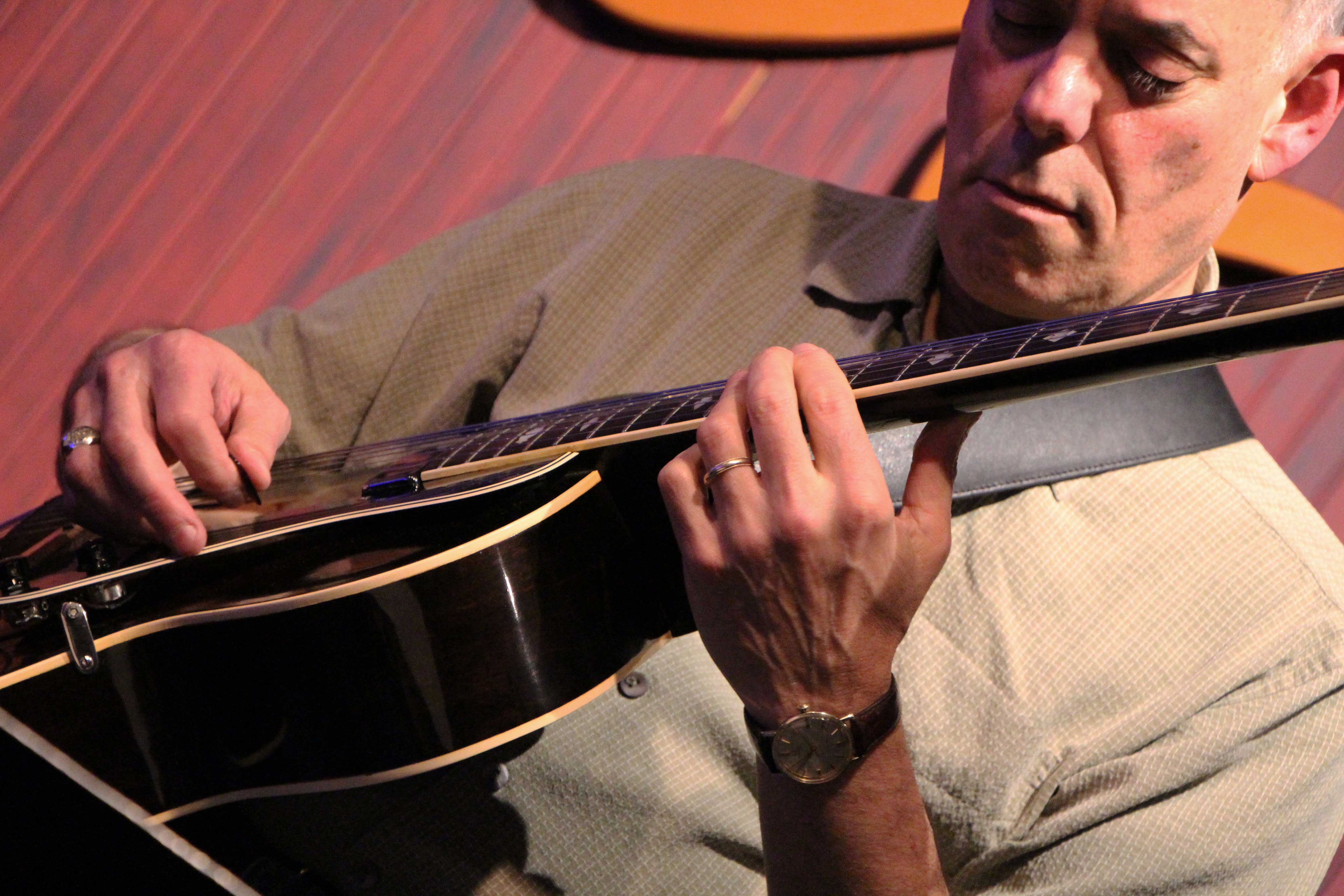 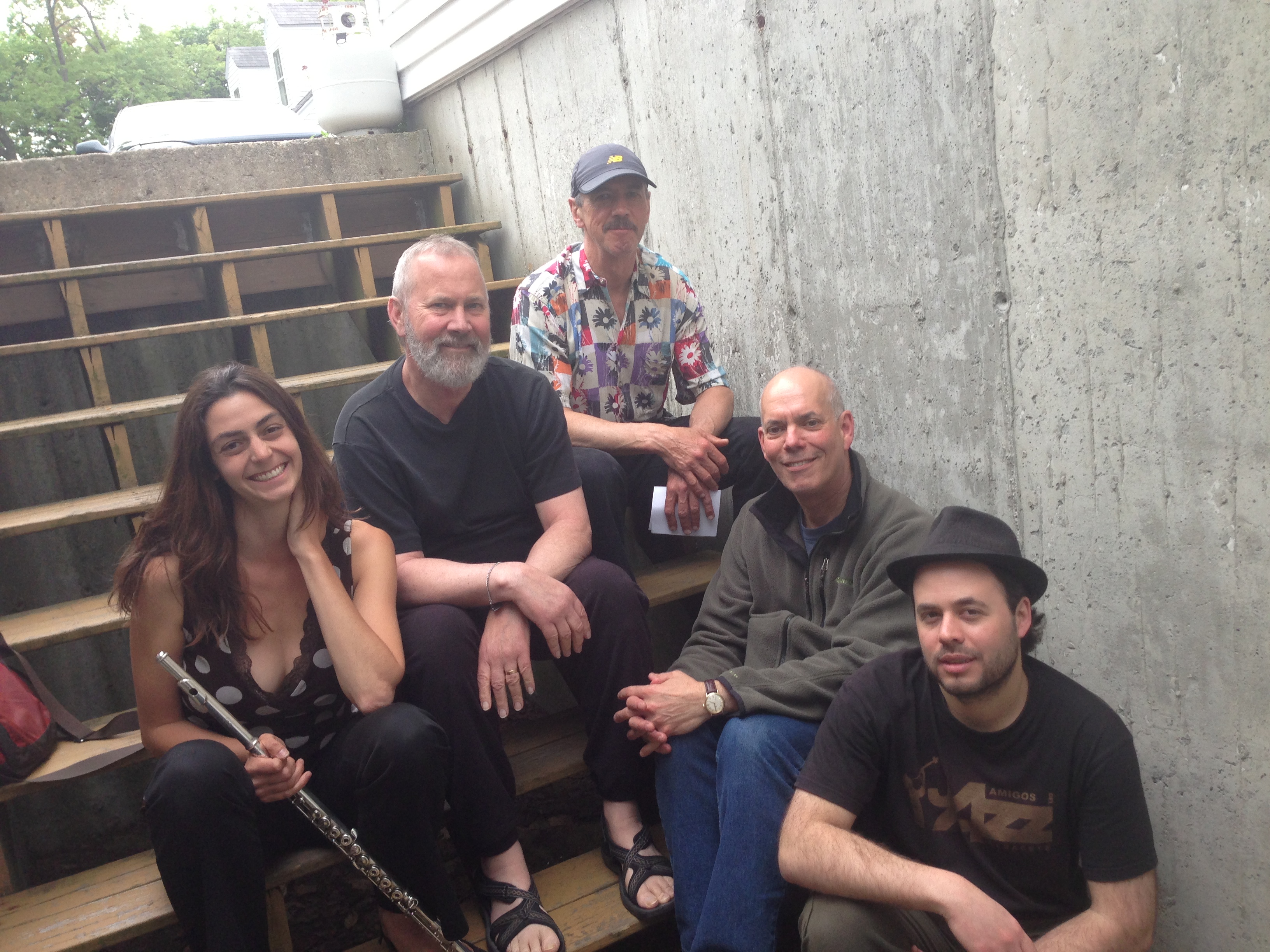 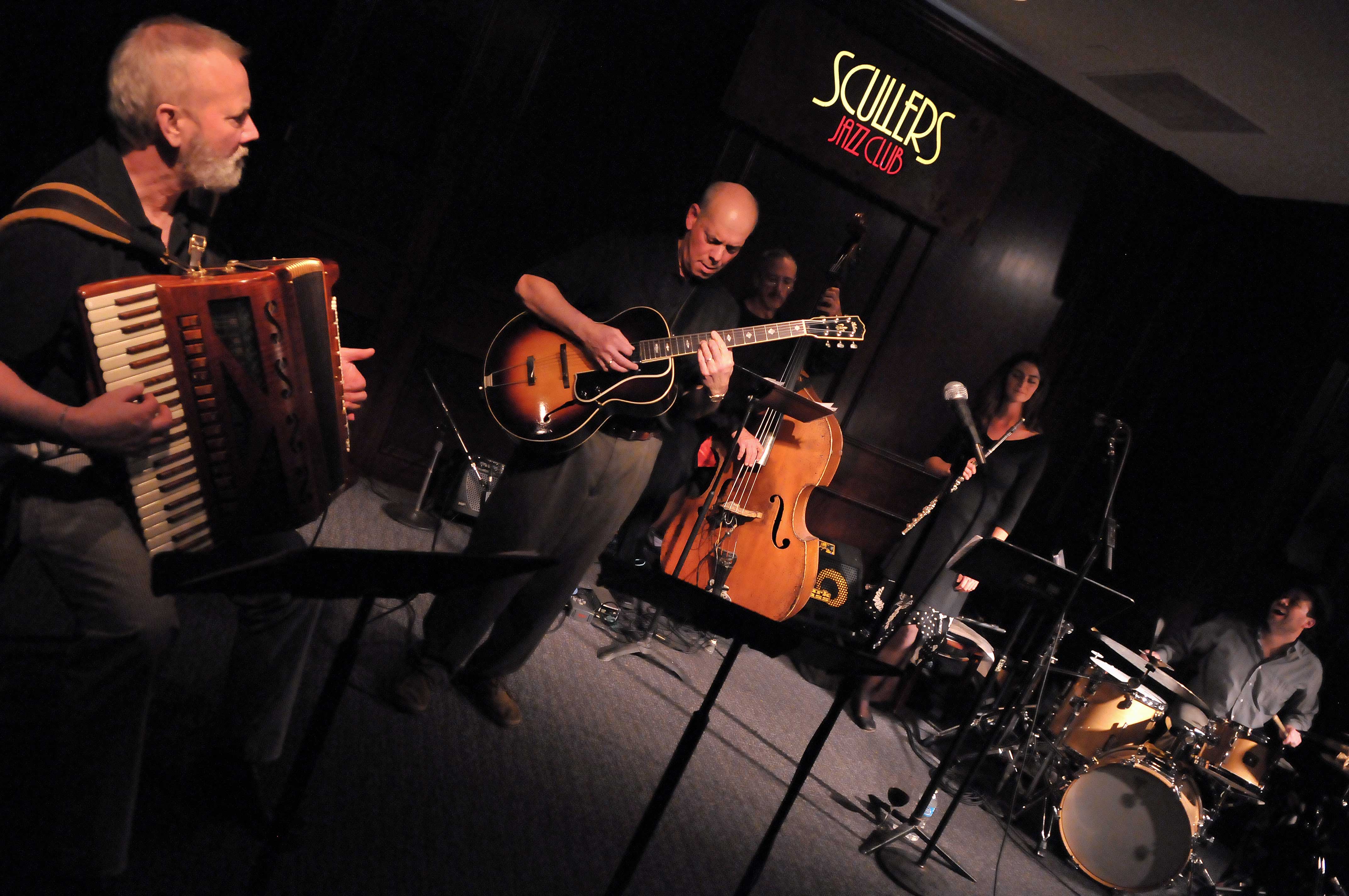 Song of the Week: The Hippest Square On Television