Growing up near Sacramento in the ’80s and ’90s, it was impossible not to know about Little Charlie & the Nightcats. Every time you opened the local weekly or paper, you’d see the band’s name; every time there was an annual awards ceremony for local musicians, they’d seemingly win. To my young eyes, they were everywhere, every week.

What underage me didn’t realize is that they truly were everywhere. All that time, Little Charlie & the Nightcats weren’t just playing countless gigs in bars around Northern California, they were traveling the world, playing festivals and club dates on nearly every continent, putting out incredible albums on Alligator Records and influencing a whole new generation of jump and West Coast blues fans. And they had been at it since the mid-’70s.

On March 6, Charles “Little Charlie” Baty, the band’s co-founder and guitarist, passed away at the age of 66. My social media feed is filled with musicians paying their respects, including incredible-in-their-own-right guitarists like TK Smith, Joel Patterson, Rick Holmstrom, and JW Jones. Everyone echoes the same thing… Charles was clearly one of the best guitarists ever, but also just a great guy. He’d sit down with fans to show them a lick, talk about making a living in music, or just about anything else that was on his mind.

I haven’t lived in California for a long while and I seldom venture into blues clubs, but I finally got to “meet” Charles on the amp podcast we launched with tech Skip Simmons. Skip has been singing Charles’ praises for nearly the entire run of shows, using him as an example that the music comes first (not the gear obsession); that, yes, you can gig thousands of times with a vintage two-prong cord and not kill yourself; and as our de facto culinary spirit guide (we talk about food a lot on the show). When Charlie appeared on the Truth About Vintage Amps show for a couple of episodes – sharing amp insights and recipes – everyone listening felt like they knew him. Listen to those episodes here and here.

Remarkably, Baty had an entire life before he became a full-time musician. He went to Berkeley and studied math and he worked at the UC Davis Laboratory for Energy-Related Health Research for years. His first love was the harmonica; he picked up a guitar after being inspired by a Buddy Guy concert. (There’s a great interview in the Davis paper on Charles and his many accomplishments here). It’s staggering to think that a guy with so much talent was basically self-taught. But he was.

Electric blues means many things to many people. I suppose a lot of us have a knee jerk aversion to anything classified as such in 2020 (visions of the group “Blues Hammer” as profiled in the 2001 movie Ghost World, I suppose?). But with everything he did, Baty seemed to have a knack for only playing the good stuff. He had a timeless take on the blues, where Django or Charlie Christian or Little Walter could join in at any moment. With Little Charlie and Organ Grinder Swing, he threw a B-3 into the mix, Wes Montgomery-style. And, in every style and lineup, he had endless, tasteful licks. His choice of gear mimicked his love for the classics: Only the good stuff.

Below are a few videos that show Baty in his element, playing and cracking jokes. We’re going to miss you, Little Charlie.

#FJFest: The Fretboard Journal and COVID-19 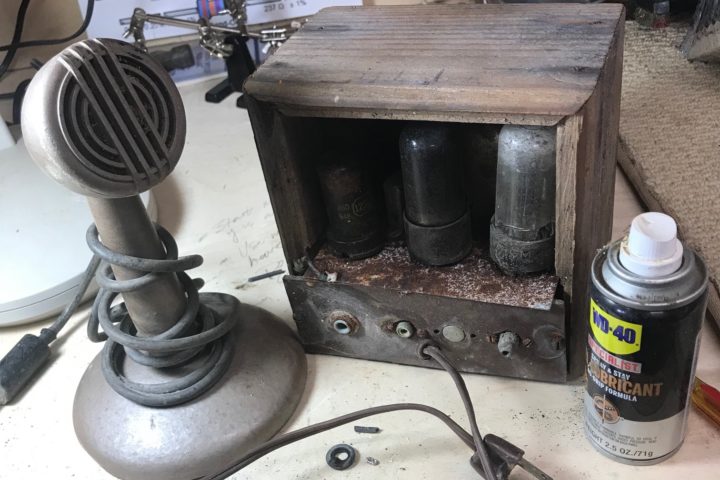 The Truth About Vintage Amps, Ep. 31