We’d been under the impression that these “ripped from the pages of the Fretboard Journal” Catches of the Day would proceed reverse-chronologically though the issues, a clean, methodical, sensible survey of the many fine builders we’ve profiled over the past twelve years. We managed to hew to that mission for three entire columns, from issue 39 to 38… Unfortunately, while we were virtually visiting the Carter Vintage store for that Nugget we caught for 38, we started to look around a little bit, like you do, and, lo and behold, we stumbled on a wee trove of instruments from TK Smith, a favorite of ours and a builder profiled way the heck back in issue 32. OK, that might not qualify as “way the heck” back, but still, we couldn’t pass by the chance to bring you one of these as a Catch of the Day right now, reverse-chronological order be damned. 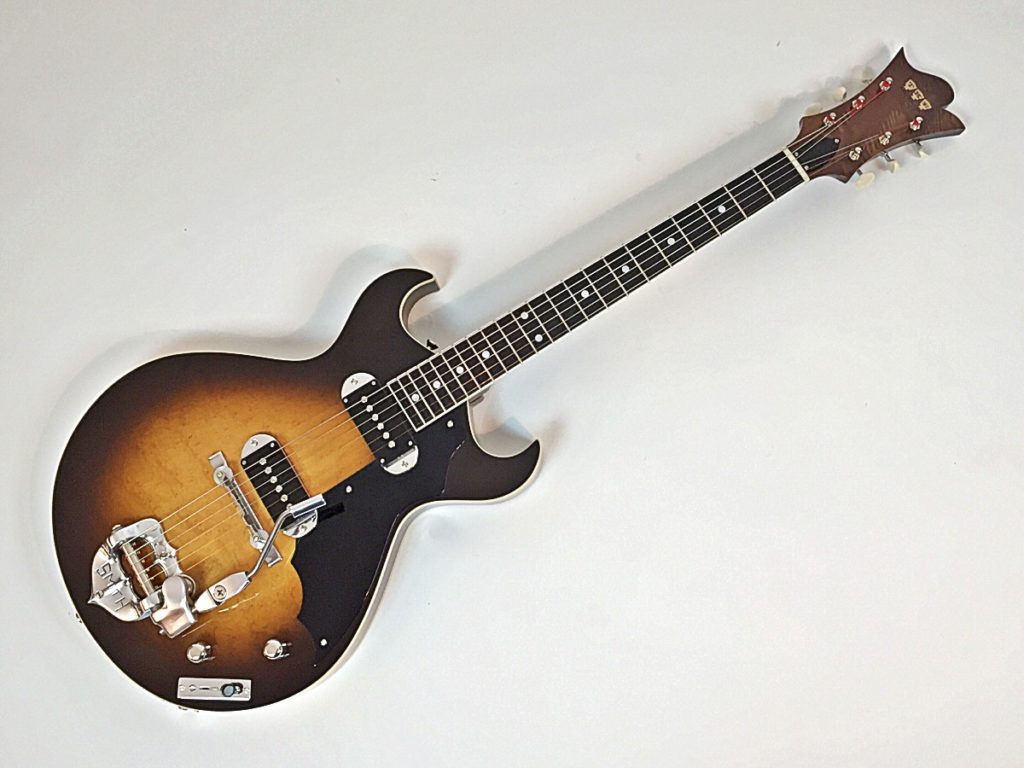 The question remained, however, which one? Carter’s most recent listing was a nifty TK “Partscaster,” a Fender Nocaster reissue souped up (in all their engine-turned glory) with a set of TK’s C.A.R. pickups, a similarly finished chopped Tele bridge and a Bigsby-esque pickguard inlaid with Sabre jets; for better or worse, however, no sooner did we notice it than it sold, so… How about an even more Bigsby-esque 5-string electric mandolin? That thing is nuts, but we just “caught” a mando from Carter, so that left one, and when Carter posted a video with Julian Lage (below), that sealed the deal: Today’s catch is this (new) 2016 TK Smith RoadMaster prototype.

Astute readers may recall that we learned about TK’s RoadMaster project at the second Fretboard Summit. Among the astounding horde that TK brought to Rancho Bernardo were this instrument and its twin, and we were plenty dazzled, enough so that we cornered TK for a chat about the instruments’ origin and his intentions. We were also lucky enough to spend some time with one of the two–which one, we cannot be sure, but their design and execution are close enough that we feel very comfortable declaring this a mighty fine guitar, indeed. 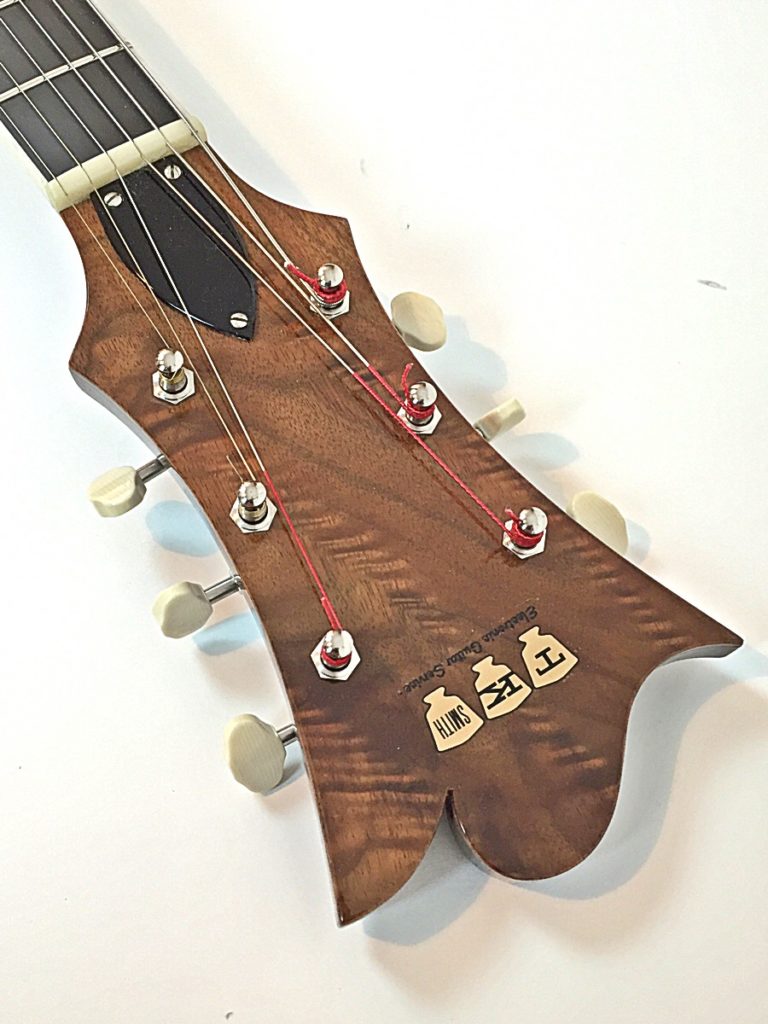 For those of you who didn’t catch the aforementioned chat, the RoadMaster is a nominally “stripped down,” 25” scale version of TK’s “pancake” guitars: a bolt-on neck rather than neck-through-the body design, Summertone versions of his C.A.R. pickups and generally simpler appointments (dot inlays, single-ply binding). TK described his Summertone pickups to us as “basically a mini-Bigsby pickup, wound a bit hotter, without the aluminum cover on top of the bobbin and magnets. They’re more open sounding than my C.A.R. pickups.” [He’d originally intended to offer a solid ash version of the RoadMaster, as well, but that plan has been set aside, at least for the time being.] This particular instrument has a gorgeous, laminated birdseye maple top and back on its chambered body, an ebony fingerboard, a 1-11/16” nut and Waverly tuners with ivoroid “butterbean” knobs. It can be yours, with a soft case, for $5,900. 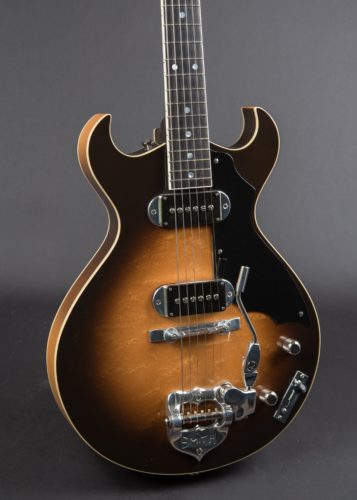 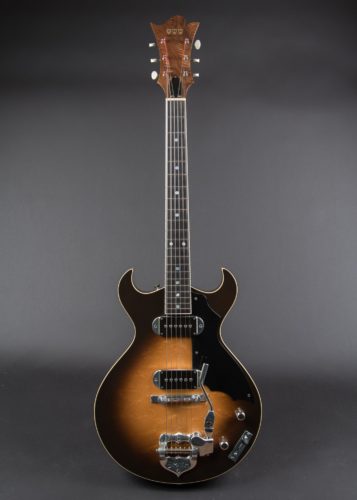 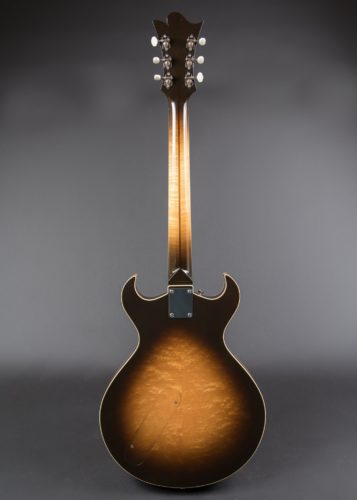 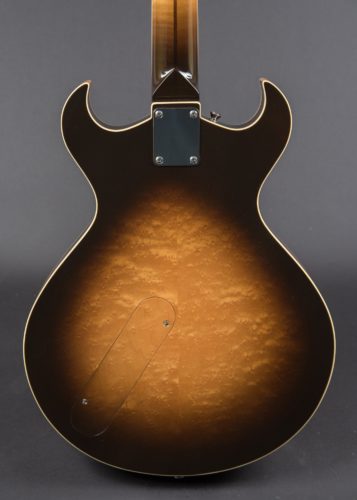 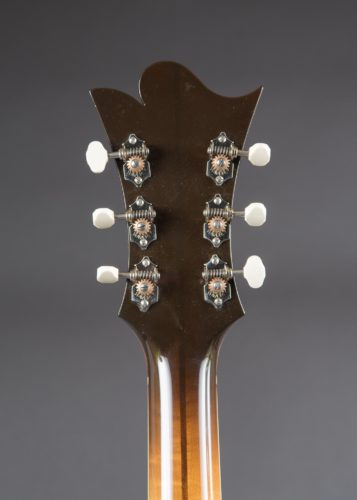 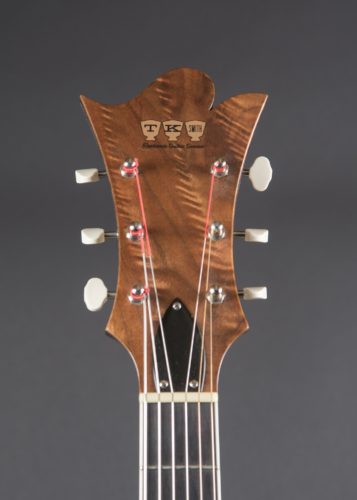 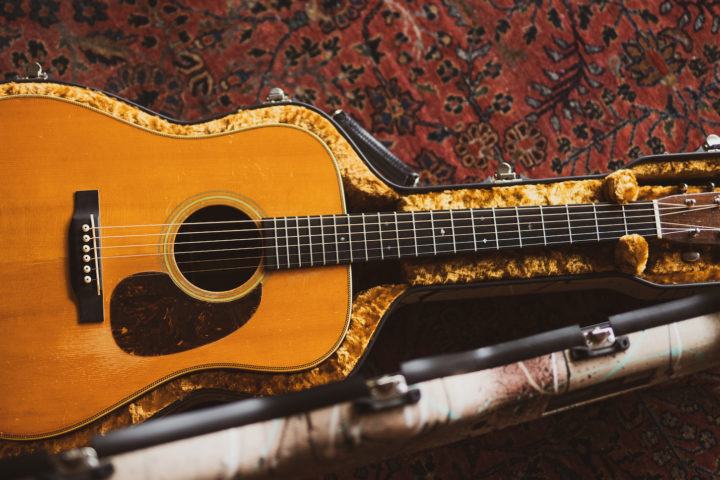 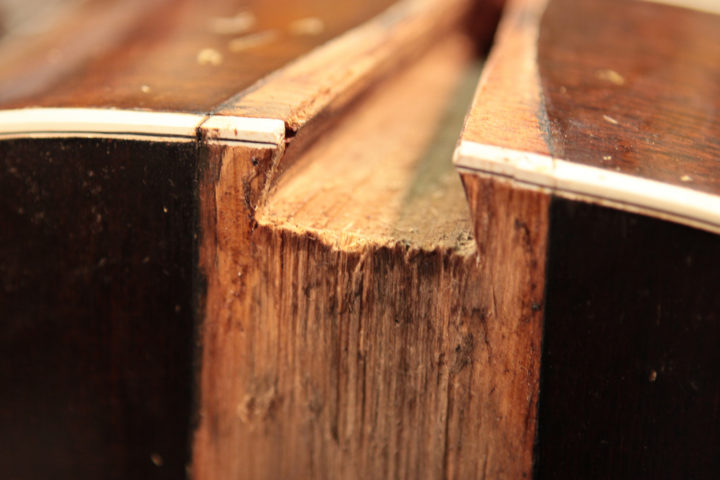