Next up on the Catch of the Day’s journey through the pages of the Fretboard Journal: one of Mike Kemnitzer’s Nugget Mandolins. If you’ve read the profile on Kemnitzer in issue 38 you know all about his meticulous craftsmanship and his facile merging of the cutting edge with the old school. He has been building some of the finest mandolins available, going back 44 years. His F-5 mandos hew absurdly close to the Loar tradition–Mike has delved deep into the finer details of Loar’s mandolins and is situated as well as anyone when it comes to recapturing those instruments’ finer qualities. As it happens, we found a couple of examples available at Carter Vintage: an older (1979), attractively worn example that belonged to Don Julian (who made a cameo appearance in the aforementioned profile), and a mint-looking “Deluxe” model from 2005. Although the older instrument certainly has some serious character and a more attractive price tag, we were drawn to the absurdly clean Deluxe and its gorgeous salvaged tonewoods. 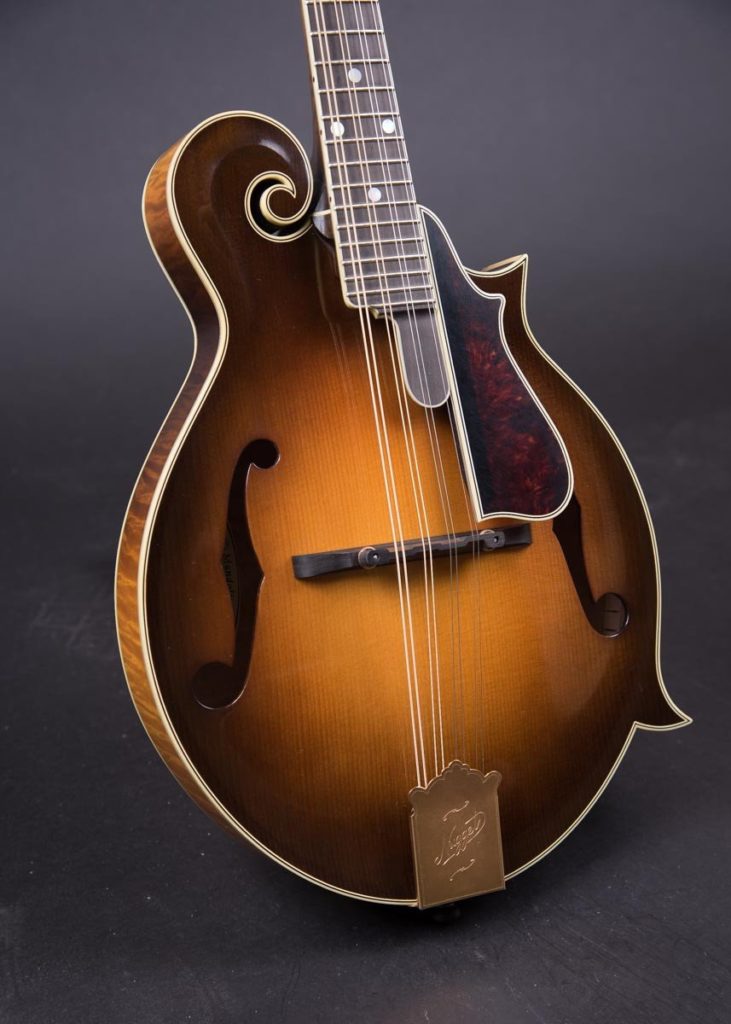 Salvaged tonewoods, you say? That’s correct. The back of this instrument is an exquisitely quilted single piece of maple that, as Carter’s listing puts it, “came from a Chicago instrument company that closed its doors in the 1920s.” The top is a perfect, tightly-grained red spruce whose journey took it from seed to tree to beam to mandolin. That’s the kind of stuff that gets our juices flowing.

Regarding the instrument’s particulars, it sports a narrow-ish 1-1/16” nut, tonebar bracing and a radiused fingerboard (the older F-5’s fingerboard is flat). The appointments are typically “deluxe”: gold-plated hardware, fancier binding and Mike’s take on the classic Gibson “Fern” inlay on the headstock. Carter has kindly made two separate videos with the instrument, so you do get a chance to hear it, even if you cannot make the (highly recommended) trip to Nashville. We can also offer the opinion of Leftover Salmon’s Drew Emmitt, who favors his own Nugget F-5 Deluxe and told author Larry Howe in issue 38, “A lot of bluegrass cannons are loud, but most of them sacrifice tone for power. Nuggets have it all—power, clarity and warmth through the range of the instrument.”

Of course, Nuggets are not cheap, but this instrument has recently been marked down–from $25,000 to $24,000. Nothing to sneeze at, by any means, but Nuggets have gone for more…

P.S. Carter Vintage was also the subject of a profile, in issue 32, reprinted in full, here. 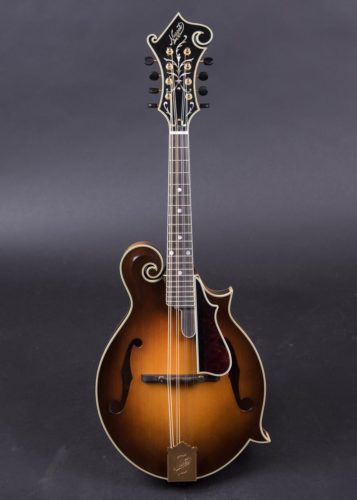 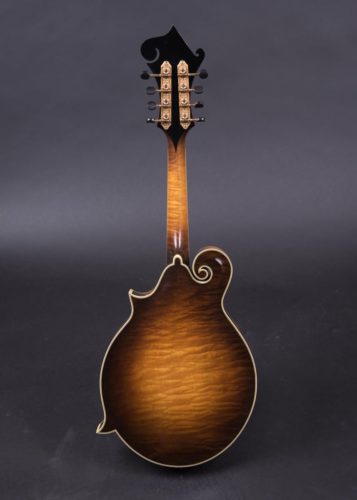 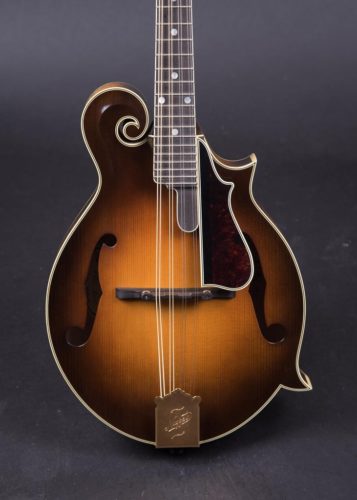 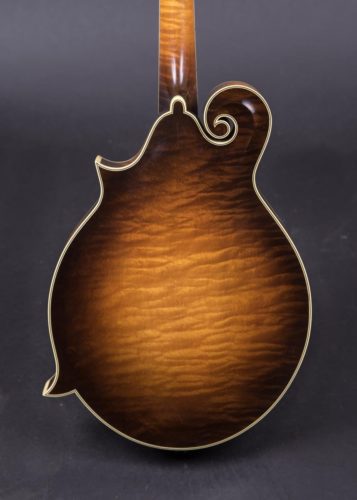 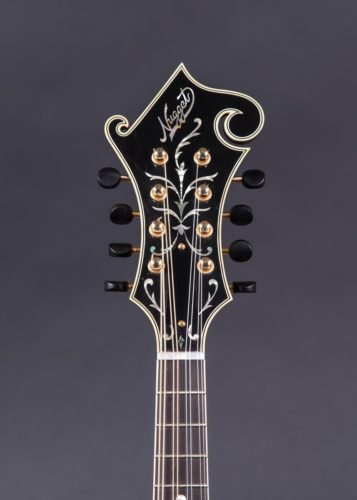 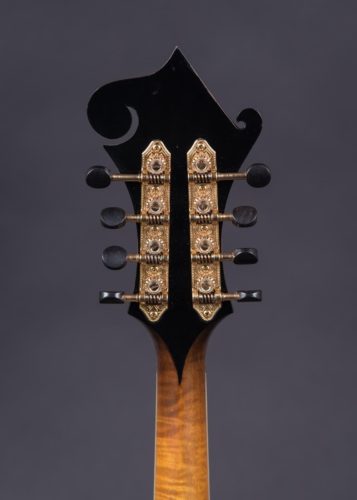 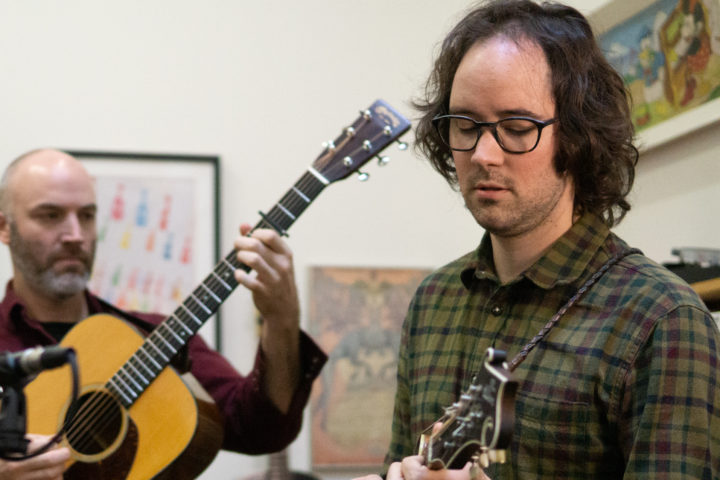 Andrew Marlin – “The Hawk Is a Mule”