Don’t get me wrong – when I saw Jason Isbell’s Firebird Red ’59 Gretsch Duo Jet in FJ #41, I was pretty much floored. “Wow, what a sweet guitar,” I thought. And the story behind it is mighty cool, to boot. That said, if I’m being honest, I’m a single coil guy in general, and definitely a DeArmond DynaSonics over Filtertrons guy, so when I truly lust after a Duo Jet, be it vintage or one of Stephen Stern’s super-sexy Gretsch Custom Shop recreations, it’s gonna be one from the ’53 – ’58 era. There are other factors (rosewood fingerboards, simpler electronics and cooler inlays, IMHO), but first and foremost it’s about those DeArmonds. 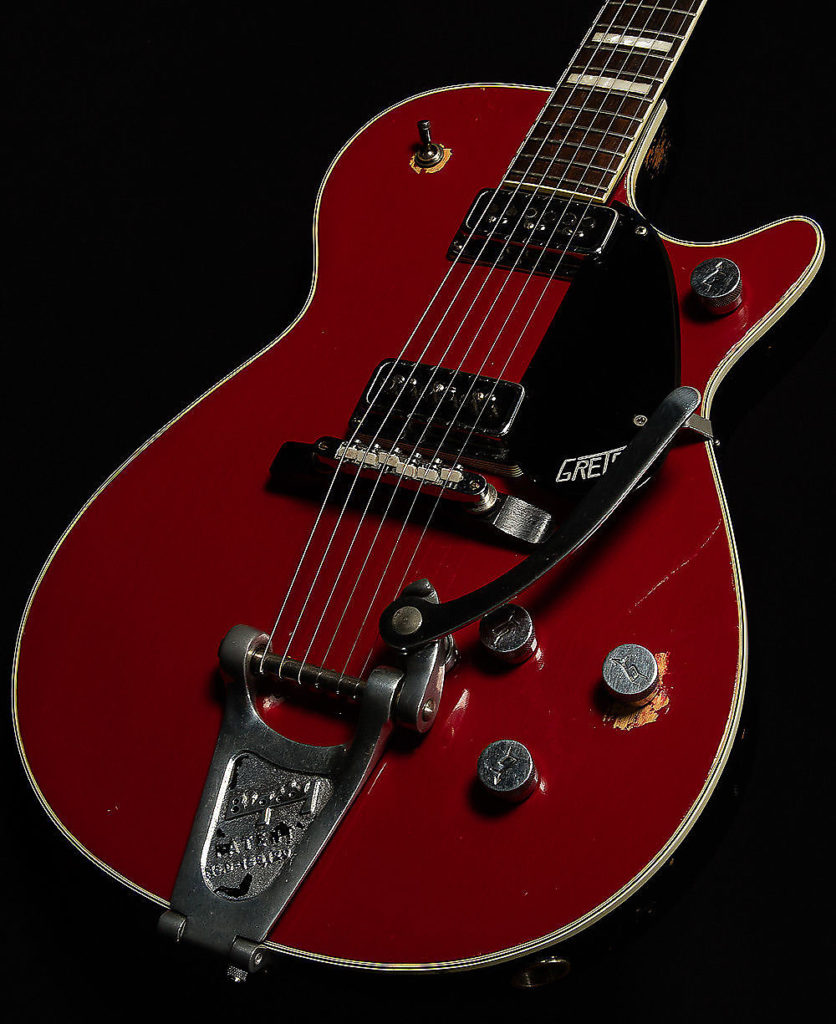 With that lurking in the back of my mind, and the cloud of the long delay between Catches of the Day hanging over my head, when I spotted this ’54 Duo Jet on the Wildwood Guitars website wearing that same Firebird Red finish as Mr. Isbell’s…ring the dinner bell, Ma.

If you’re not familiar with Duo Jets, they’re basically Gretsch’s take on a Les Paul, albeit with some very Gretschy touches. You got a maple top on a mahogany body, but it’s a laminated maple top and a chambered mahogany body, producing a lighter, “twangier” instrument. They sported a variety of variously problematic floating bridges and, unsurprisingly, a lot of them came with Bigsby vibratos. And, coincidentally, not long after Gibson made the switch from P-90s to PAFs on the Les Paul, Gretsch made the switch from DynaSonics to Filtertrons.

This particular specimen’s specifications are pretty nifty: all original except for a new pickguard and a sensible replacement for the problematic bridge (a Tune-O-Matic with nylon saddles), Brazilian rosewood fingerboard with wide block inlays, original hardshell case, weighing in at a tidy 7.31 pounds. Unfortunately, the inimitable Greg Koch has not recorded one of his legendary videos for this guitar, so we can’t speak directly to how it sounds, but the gang at Wildwood will gladly help you out with that. They’ve listed it at $7,699 (and they also have another ’54 – black, no Bigsby – recently reduced to $7,299), and although we couldn’t find any other ’54s for comparison, it is in line with other vintage Duo Jets of that era. 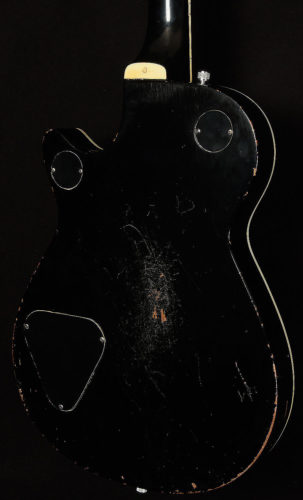 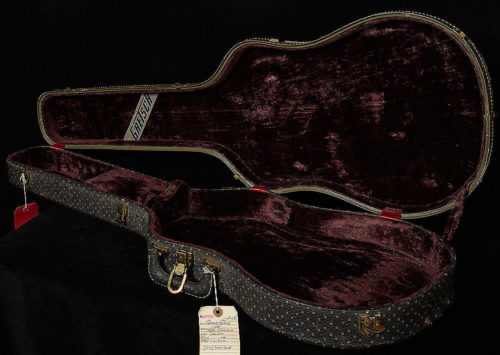 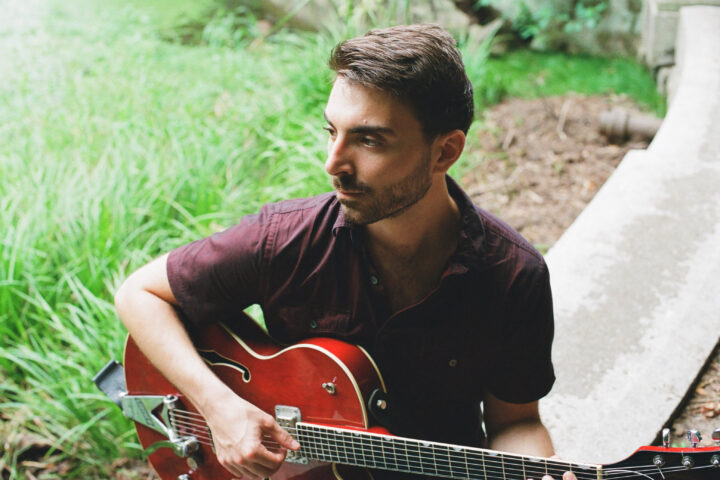