At the time this gorgeous little guitar was built in 1965, Chicago’s Harmony company was cranking out the largest amount of guitars in the world, and their guitars were built under a number of names such as Holiday and Silvertone. Taking its body shape from the popular Harmony Silhouette (introduced in 1963) the 1488, which was introduced in 1965, upped the ante with a racy red finish and three pickups to become Harmony’s most deluxe solidbody guitar.

The Silhouette body shape is undoubtedly based off of the incredibly popular Fender “offsets”; namely, the Jazzmaster and Jaguar. With a short scale design, the Silhouette is most like a Jaguar, but lacks the contoured body of the Fender, and has a much cruder vibrato design that (surprisingly) works rather well by simply bending the tailpiece. 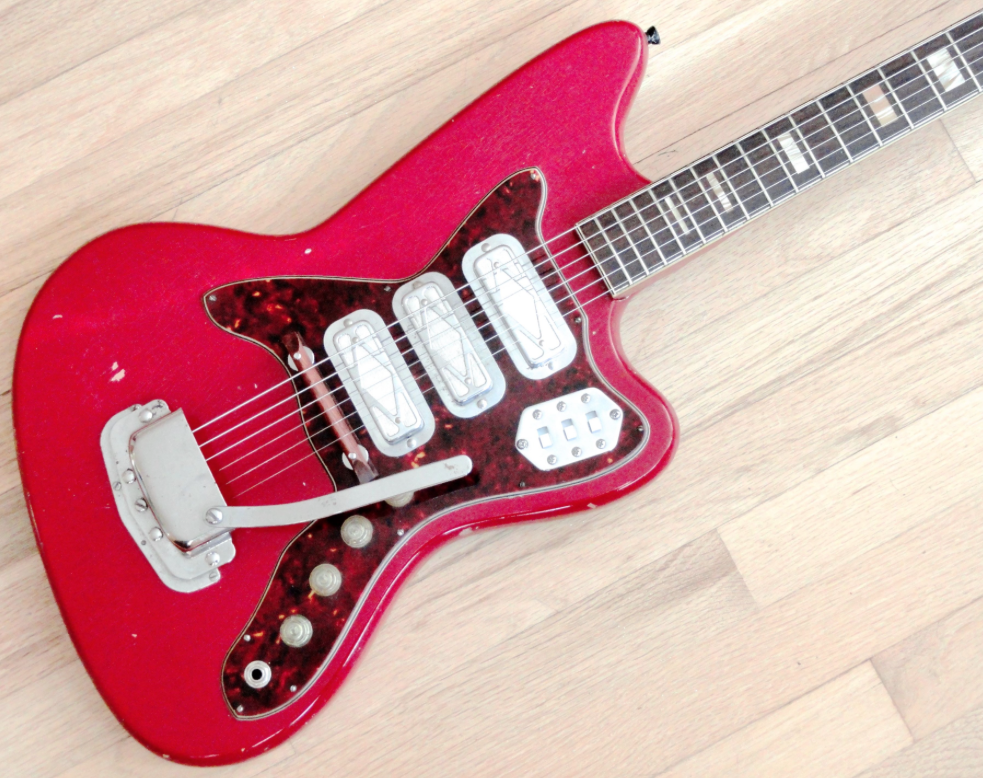 The Silhouette was made under several different guises, and there are examples that say Harmony and Holiday on the headstock. The Silvertone name was reserved for retail giant Sears, Roebuck & Co., and the Silvertone branded guitars tended to be the most elegant of all the Chicago made guitars.

These models tend to feature a surprisingly chunky, rounded neck profile (much deeper than most Fenders of the era), better than average fret work and legendary tone thanks to their (microphonic) DeArmond pickups. While these pickups squeal uncontrollably in high gain situations, they have a gorgeous clarity when played clean or with a little bit of edge. 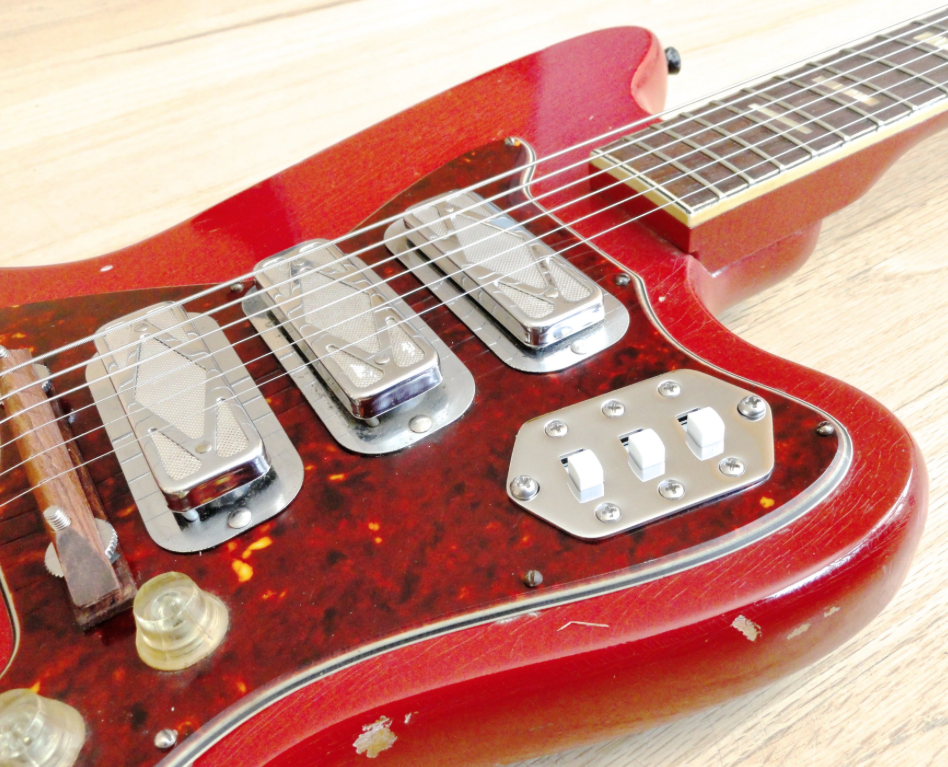 This particular 1488 has a wonderful players mod/ upgrade of high quality rocker switches so the player can get the most out of the three pickup combinations with less likelihood of switch failure (the original switches on these guitars tended to be their weakest components).

This classic can be had for just over a grand at Mike & Mike’s Guitar Bar. 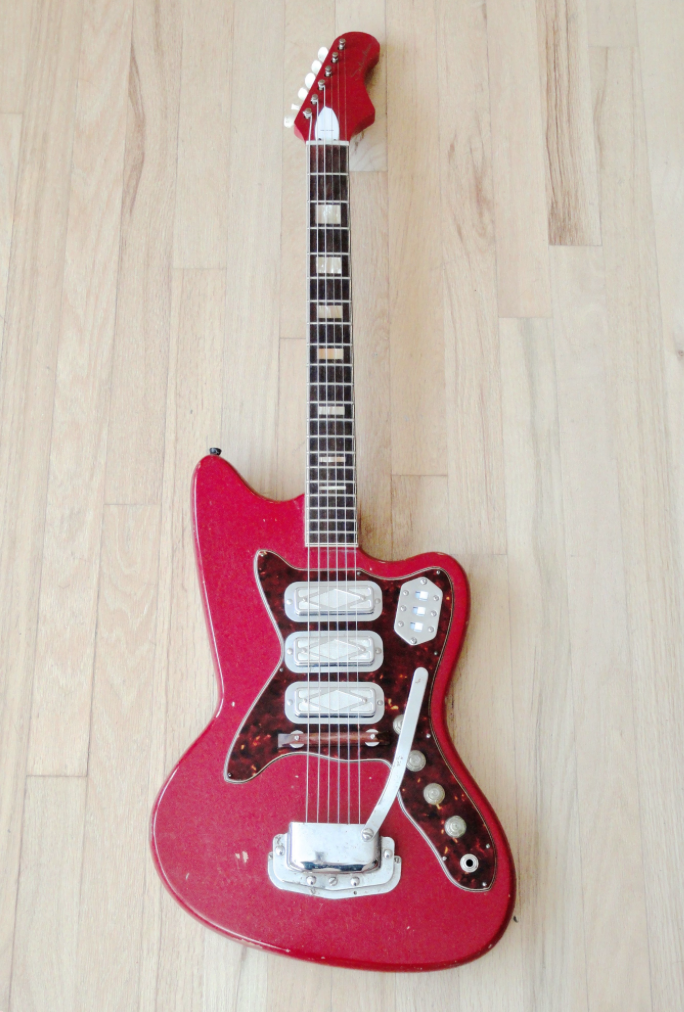 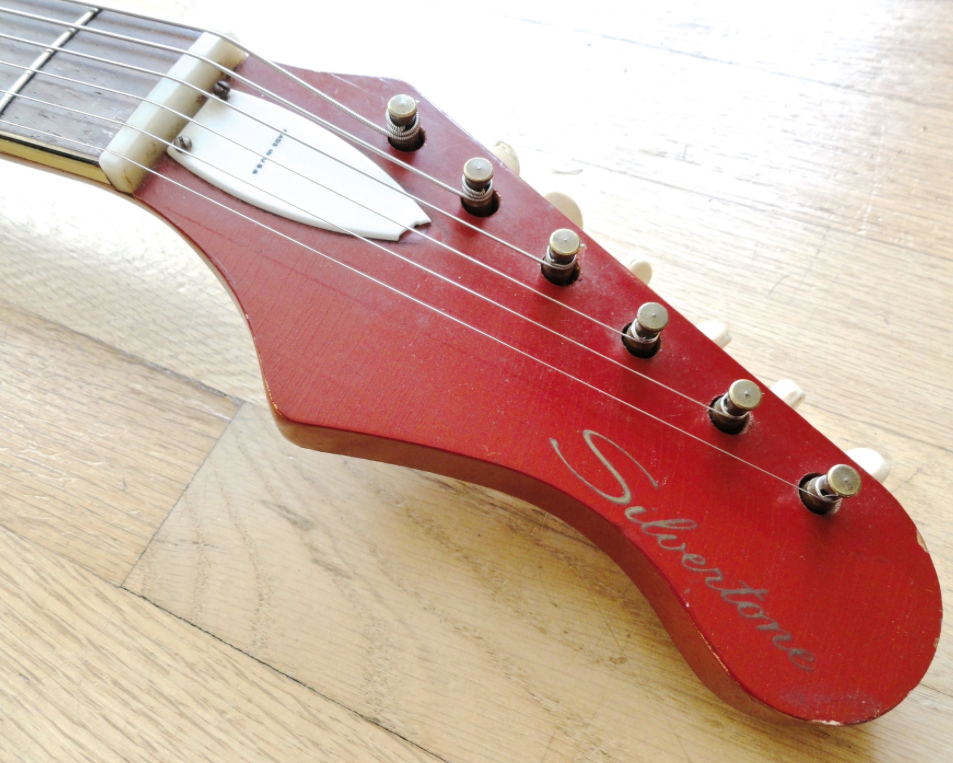 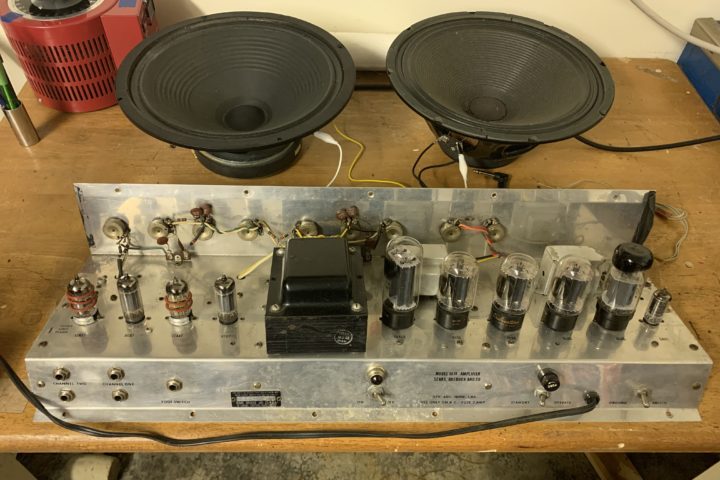 The Truth About Vintage Amps, Ep. 51