Gibson started making inexpensive instruments for wholesalers and department stores in the 1920s. Generally, these guitars, banjos and mandolins were simpler versions of their standard instruments, with pared down ornamentation, no adjustable truss rods and, in the case of the guitars, ladder bracing rather than cross-bracing. Probably the most famous of the off-brand Gibsons these days are the Recording King guitars, which were made for Montgomery Ward’s in the 1930s. Altogether Gibson made instruments with about 40 different labels with some of the more common ones being Martelle, Kel Kroydon and Cromwell. These cheaper instruments sold quite well so Gibson decided to get into the game themselves and starting making their own line of budget guitars which they dubbed the Kalamazoo line.

Today’s Catch is a 1940 Kalamazoo KGN-12 Oriole, a fairly rare guitar built by Gibson just before America’s entry into World War II. (Gibson stopped making Kalamazoos during the war and reintroduced the brand in 1948.) The Oriole’s body shape is based on the L-00 of the period, and while it is very plain in comparison, I think the figured maple back and sides more than make up for the lack of ornamentation. This model is one of the very few Kalamazoos that got a name as well as a number, but why Gibson chose the moniker Oriole is bit of mystery. It is true that in the mid-1920s they made of run of inexpensive tenor banjos for a wholesaler that were called Orioles, but this guitar doesn’t seem to have anything to do with those instruments. Maybe someone found some decals in a drawer that were left over from the banjo project but at this stage in the game, nobody really knows.

I’ve never actually played this model but I have had my hands on quite a few Kalamazoos from the same general time period over the years. Because they have ladder bracing, they tend to have a tight, dry sound that works really well for bottleneck blue or maybe backing up an old-time fiddler. The later Kalamazoos also have necks with a nice, rounded C shape that I find quite comfortable. This particular Oriole looks to be in excellent condition, which is not always the case for guitars like this. It sold for $15 when it was new, about half of what an L-00 cost, and consequently they didn’t get treated very well over the years. (Don’t forget that Gibson’s most expensive guitar at the time, the Super 400, sold for $400.)  If you’d like to add this scarce beauty to your collection, just send $2400 to the good people at Retrofret and they will glad to help you out. 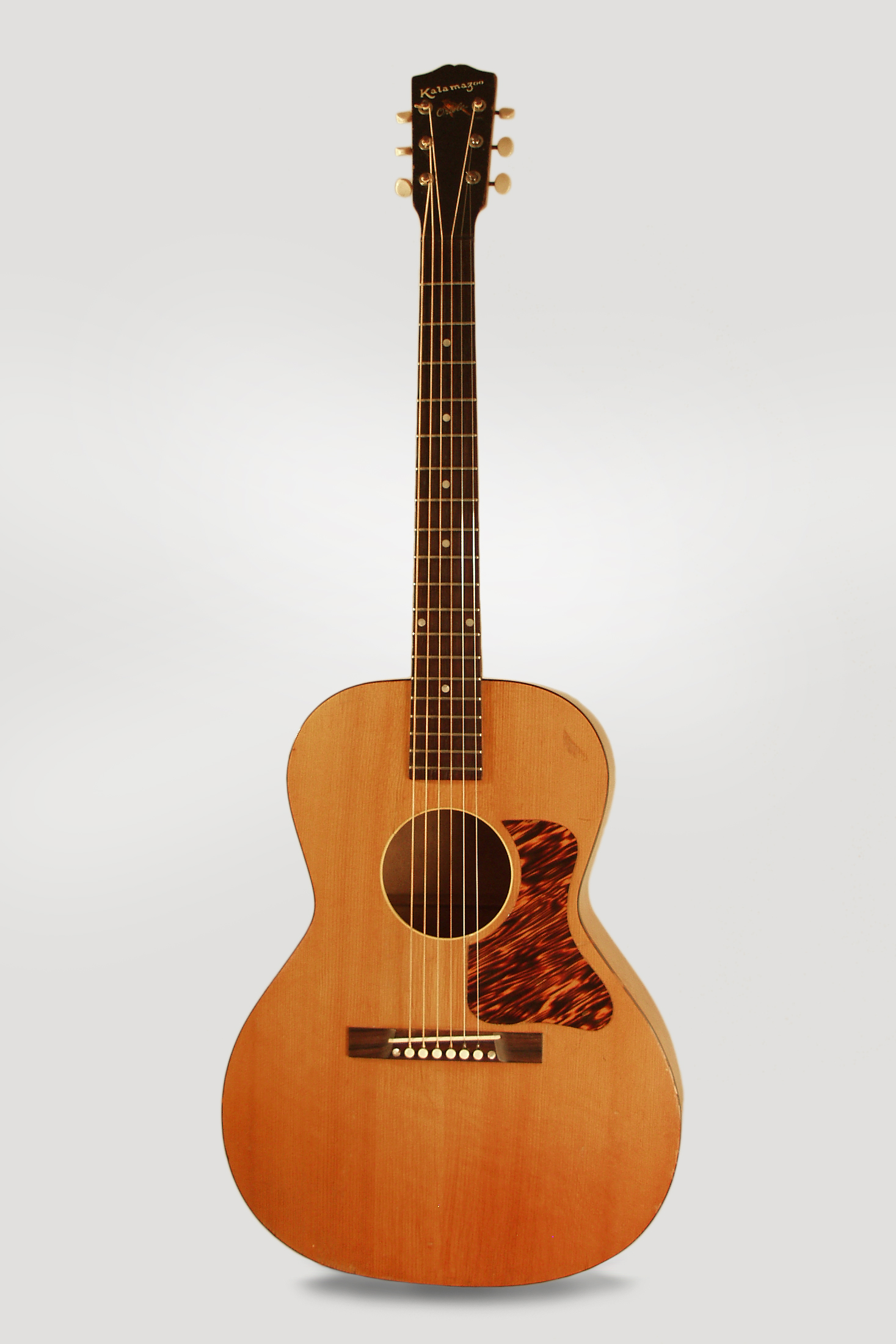 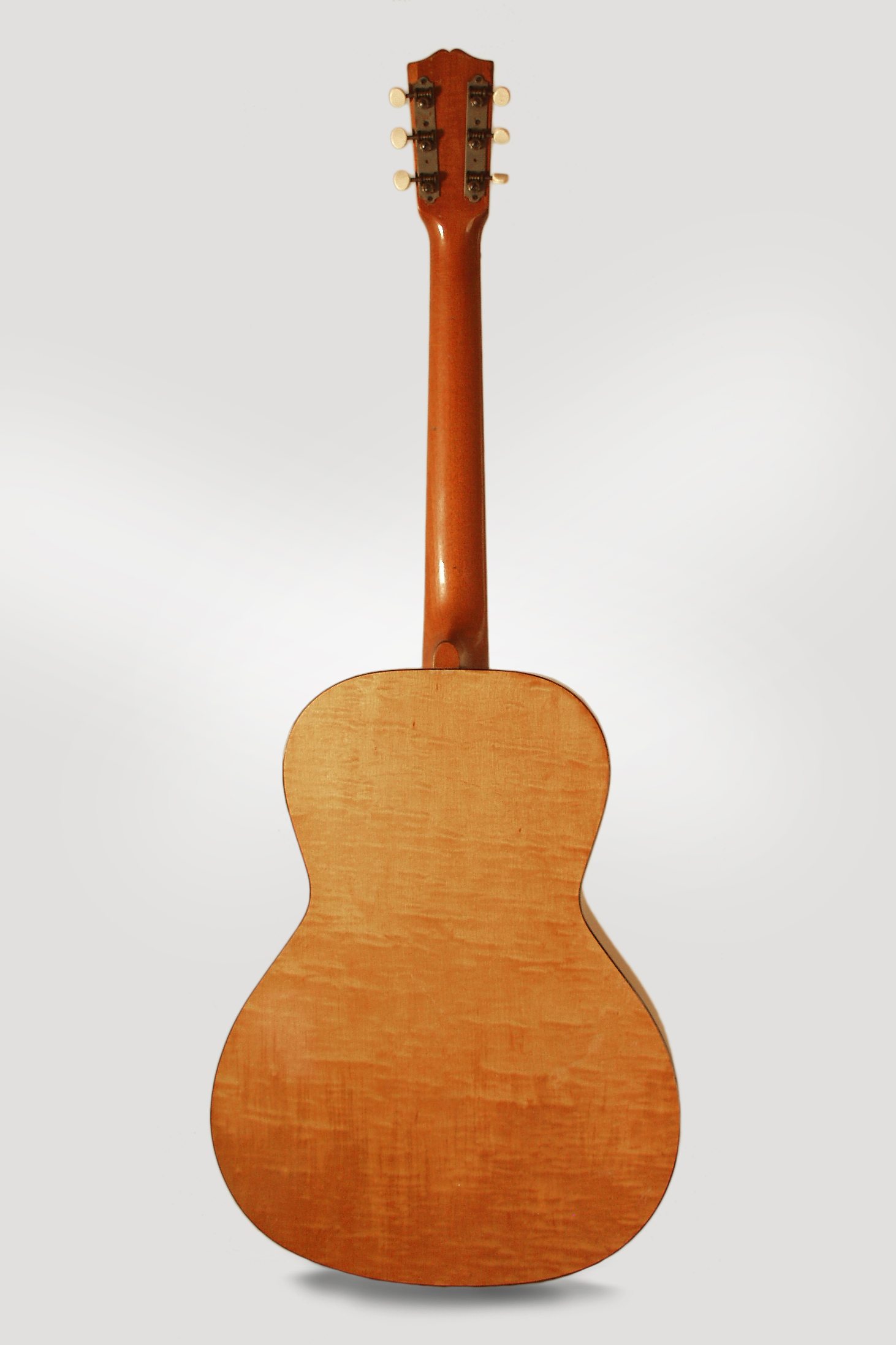 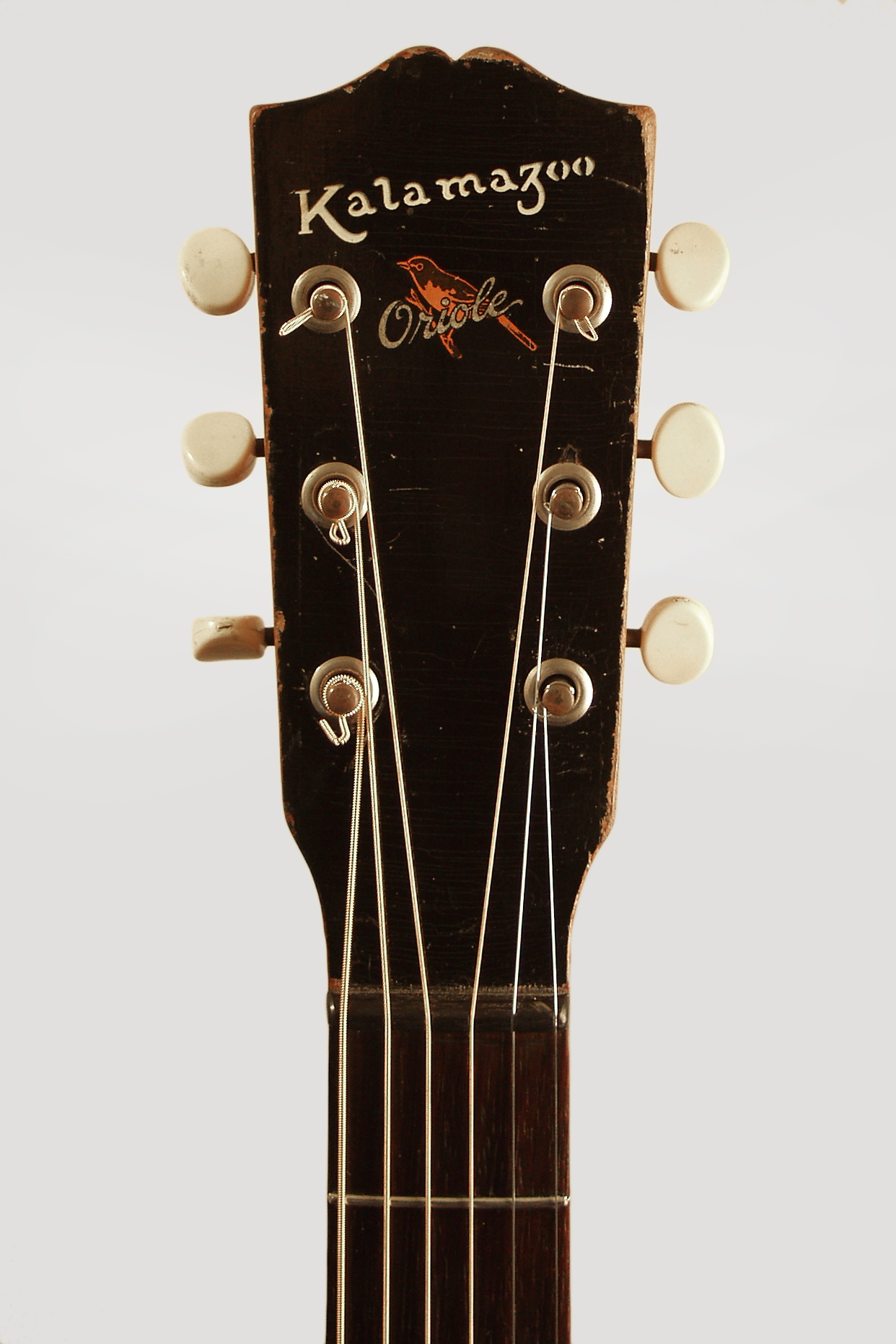 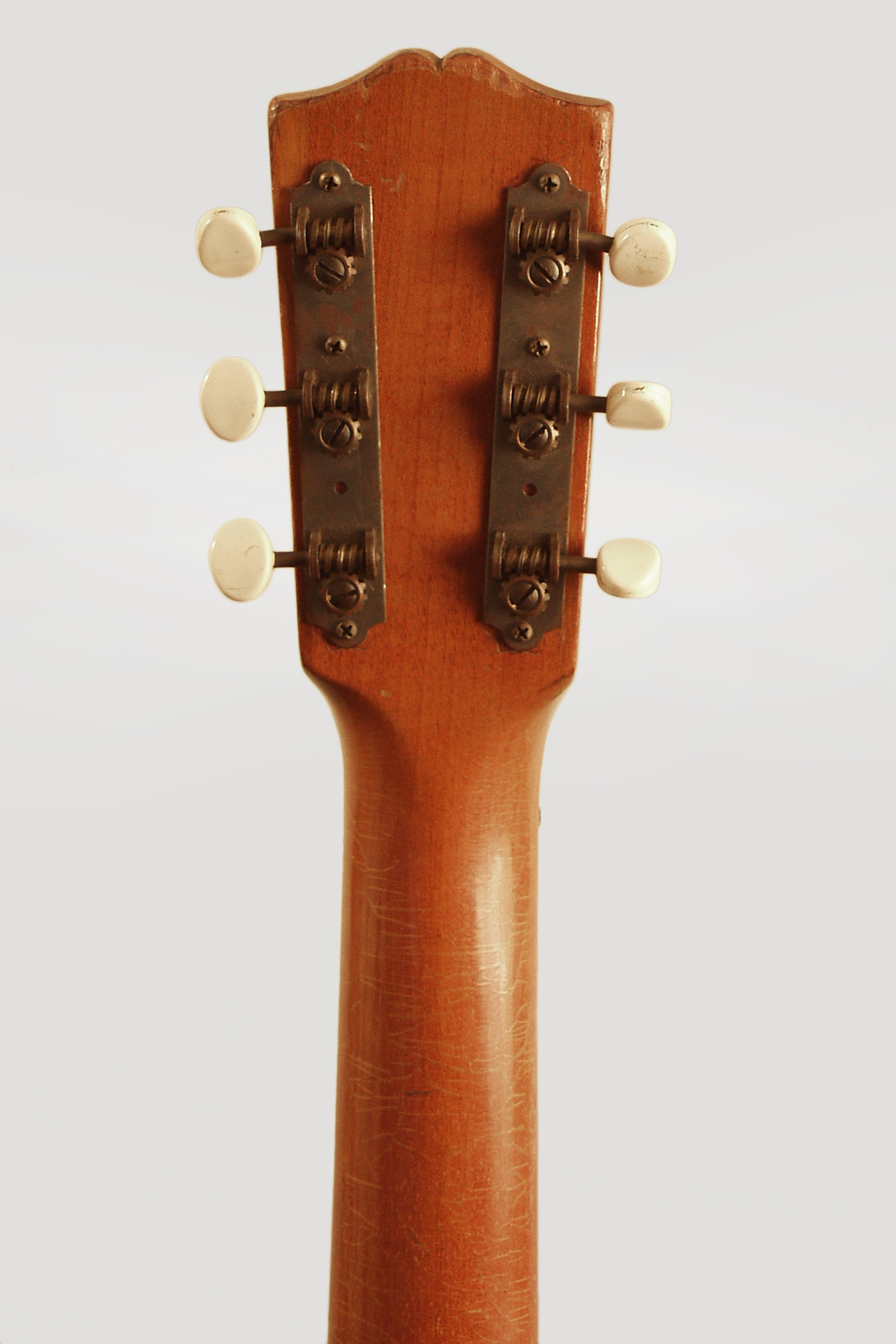