John D’Angelico started building guitars under his own name in 1932. Prior to that he learned his craft in the workshop of his uncle Raphael Ciani, where he learned to build mandolins and flattop guitars. D’Angelico’s first guitars under his own name were 16 1/2-inch archtops, that owed an obvious debt to Gibson’s 1920s era L-5. These early archtops didn’t have a model designation but in 1936 D’Angelico had started making distinct models, which included the relatively plain 17-inch A and B models, the fancy 17-inch Excel and the very fancy 18-inch New Yorker. 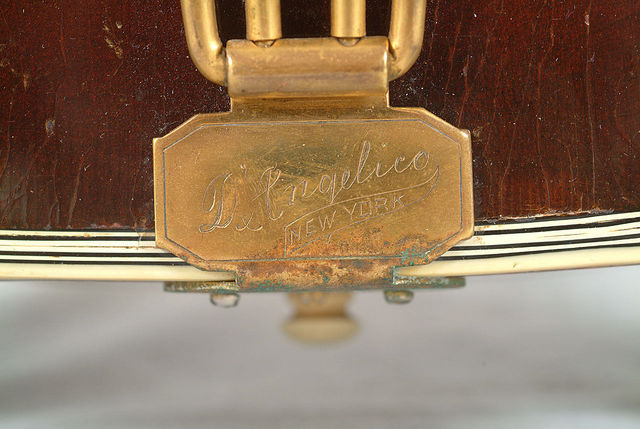 This Excel is a fairly early example of the model, and one of my favorite guitars. It has slightly squared-off F-holes, which I think have a very cool art deco feel, a trapeze tailpiece and engraved block inlays. (The engraved inlays inspired the “broken glass” inlays that Collings uses on some of their guitars.) Later versions would drop the inlay engraving, have more s-shaped soundholes and add a large, stairstep tailpiece. This guitar does have the later, fancy headstock with the little finial at the top of the headstock. D’Angelico guitars are not the loudest guitars out there but they do have a very balanced sound and a very sweet tone. Over the years D’Angelicos have become sought after by collectors, which has led to a price hierarchy. This sunburst non-cutaway is the most common configuration and consequently the least expensive. Add a cutaway and a blonde finish and this Excel, which is priced at $11,500, could jump up to $25,000 or more. If you’d like to add this guitar to your quiver, I know the fine folks at Elderly Instruments would be happy to help you out. 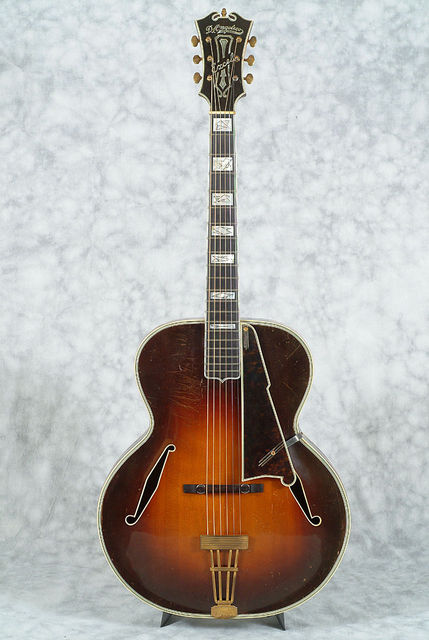 Looks good from the back, as well. 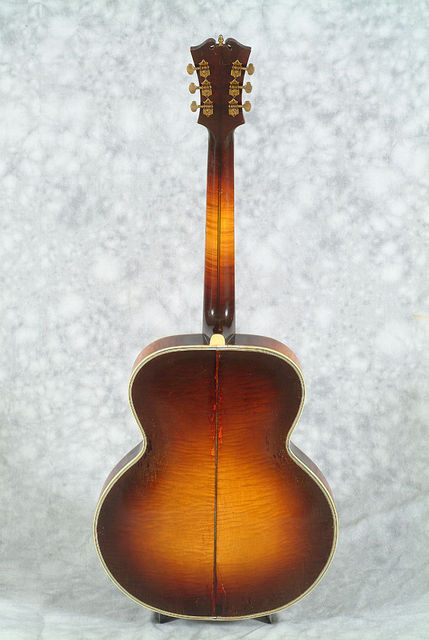 A close-up of the inlay engraving. 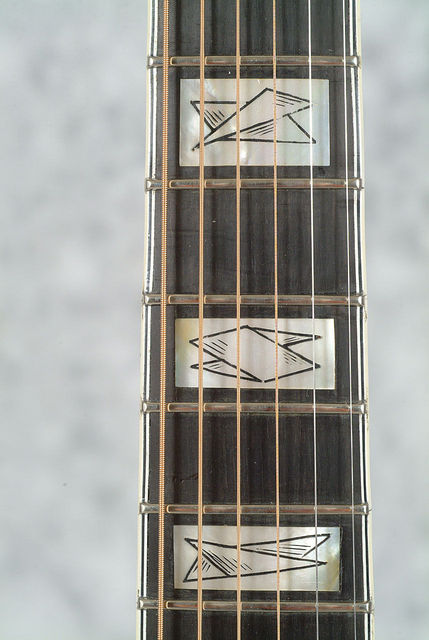 Bill Collings liked the look of these inlays but decided it would be even cooler to inlay the pattern rather than engrave it. I think he was right, these do look cooler. 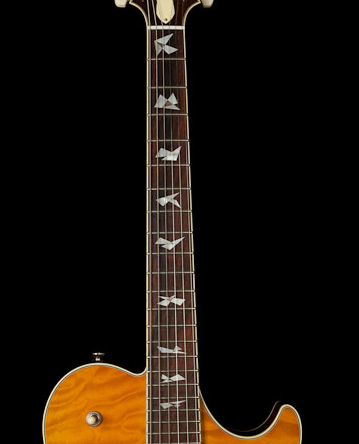 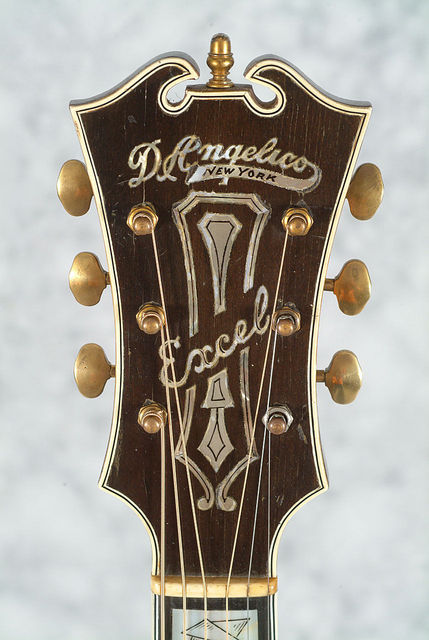