People always say to me, “I’d love to have your job.” It’s a nice sentiment that I tend to agree with; being a guitar tech and writer has afforded me a great many opportunities to meet more than a few of my heroes, most of whom were lovely and kind. Better still, it means I’ve played just about every dream guitar on my list, with only a few excessively rare instruments lingering just out of reach. Prototype Fender Marauder: I’m coming for you. Jaguar from Bye Bye Birdie: you’re on notice.

As with quite literally any highly coveted vocation, there are upsides and there are downsides. In this business, the latter includes undoing amateur fixes; arguing that, yes, your work is worth exactly the price quoted; or that rare instance when a repair goes sideways (it happens to the best of us). My very least-favorite part of the job is being the bearer of bad news – gets me every time.

Depending on the job, “bad news” can mean different things, such as informing a customer that a job may require more work than initially expected, or discovering that an old electric guitar with excessively high action needs its frets leveled only after lowering the strings to a comfortable height. I’m reminded of a time when an old LG-1 came into the shop with the bridge unglued, no strings and missing its saddle. It was only after re-seating the bridge and carving a new piece of bone that it became clear that this guitar also desperately needed a neck reset.

It was only just last week that I had to give my most recent report of a poor outcome: an Instagram follower of mine had been experiencing noise issues with his ’64 Jazzmaster, which can only be described as cacophonous. With the guitar plugged straight into the amp, his strummed chords couldn’t be heard over the overbearing ground hum, which also didn’t cease when he touched the strings. My first thought when he sent over a short video was that maybe the guitar was missing a bridge ground, a reasonable conclusion given the nature of his problem. It’s incredibly difficult to diagnose with the guitar out of hand, so I invited him over so I could have a look.

So, on Black Friday he made the trek from the studio where he works in North Los Angeles all the way down to my Long Beach address, and I welcomed him in with the confidence of a man who knew a thing or two about a thing or two. Now, before I perform any work on an instrument, I run down my personal troubleshooting checklist to test my hypothesis, and so I plugged in the instrument to hear the unbearable hum for myself. Or at least I would have, had the guitar hummed at all.

It was dead quiet.

It’s a funny thing, that rush of panic when a problem doesn’t manifest; after all, as a tech you’re there to fix problems, not cause them. And in this case, a lack of hum was definitely a problem. Try as I might, I couldn’t hide my shock at how utterly usable this old offset sounded here in my 1930s four-plex. Don’t get me wrong, the wiring’s been updated in the last 30 or so years but I wouldn’t call it squeaky-clean. I expect a small measure of excess noise here at home, but in that moment the quietude of this guitar was deafening.

For testing, I used my most reliable amp rig: a 50-watt 1979 Marshall JMP through a fridge-sized reproduction of a late 60’s model 1990 4×12 cab. I stood directly in front of the amp, but no noise. I turned up; no noise. I switched pickups, took my hands off the guitar, turned on two fuzz pedals and all I got was the stupid look of consternation on my face. No. Noise.

Dear Reader, I know what you’re thinking: “Hey, this is great news! His guitar’s fine, right?” Of course you’re correct, this should be the best possible news I could give to my new friend. Still, there’s a palpable weight to the words I spoke next, an ulterior meaning hinting at something far more upsetting than a loose ground: “Well, the problem isn’t your guitar.”

Remember when I mentioned that this gentleman worked at a studio? He’s the engineer for a fancy place up in Hollywood where he records big name acts on the regular – heavy hitters who demand perfection and the equipment to match their status. Though he didn’t name names, I got the impression that I’ve heard his work. All of this is to say, believe me when I tell you that the guitar being the culprit would have been the best possible outcome for this job.

When he heard my explanation, I could see the tide of mixed emotions wash across his face. Sure, it’s great that his prized vintage guitar was just as solid as the salesman said, but the real cause of his recording woes was a far more involved issue. He admitted that the studio employs a number of people in a range of capacities, and one such member of staff had recently rewired the entire building at great effort and cost. The aim was to have a completely noise-free recording space where artists could come in and use whatever instruments and amps they desired. Sadly, since the work was completed our engineer friend found that it had become difficult to work with single-coil pickups. Even some of their high-end boutique amps have been rendered all but unusable since the change. And all of this was only now coming into focus for him.

The bittersweet realization set in: he would have to address this as soon as possible, it was going to cost more money, and nobody would be happy about it. It would cause friction and disappointment at work, and there’s a good chance that his coworker, the electronics whiz, would be on edge for weeks thereafter. And nobody wants to go to work where there’s an atmosphere of contention and distrust, especially in a studio where creativity and freedom of expression should thrive.

I, too, had a realization: coming to me on Black Friday wasn’t simply about fixing a noisy guitar, it was a stab at hope, a Hail Mary play that relied upon the small chance that the simplest possible solution would indeed be the correct one. Interpersonal relationships, stilted productivity, all the extra work in post to reduce frequencies where the noise was most audible – all of that would be undone if the guitar were truly broken. And when I informed him that, no, the guitar was not at fault, I had dashed his hopes for the weeks to come. A loud guitar is much cheaper and easier to fix than an entire studio facility.

The job of a guitar technician doesn’t always begin and end with wood and wire; sometimes the fixes and adjustments which come most naturally to us are the prelude to that which comes once the customer arrives for pick-up. In some cases, it can feel like counseling, where we listen intently to the player’s needs and carefully prod and probe at them until we’re able to suggest a course of action. The titles of luthier and therapist often exist as two sides of the same wooden nickel.

We stood there in my living room while morning light poured in through broken blinds as the sounds of ice cream and garbage trucks earning their keep hinted at the busy city outside. Soon, traffic would become unbearable, meaning he’d have to get back on the road if he had any hope of returning to work at a reasonable hour.

He sighed. I nodded in an understanding manner and asked what was next. After a moment, he picked up the guitar case, stood up straight, looked me in the eye and said, “Back to work.” There was resolve in his voice, as if he were the captain of a seafaring vessel facing a raging storm and a churning ocean – he knows that the only way out is through.

Godspeed, and Poseidon be damned. 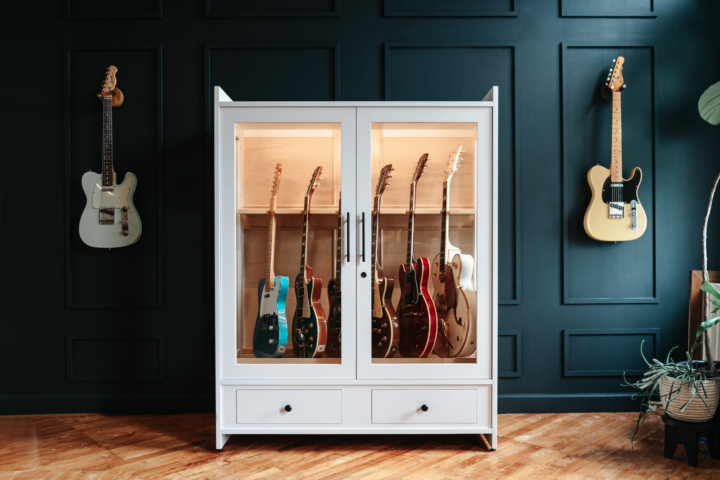 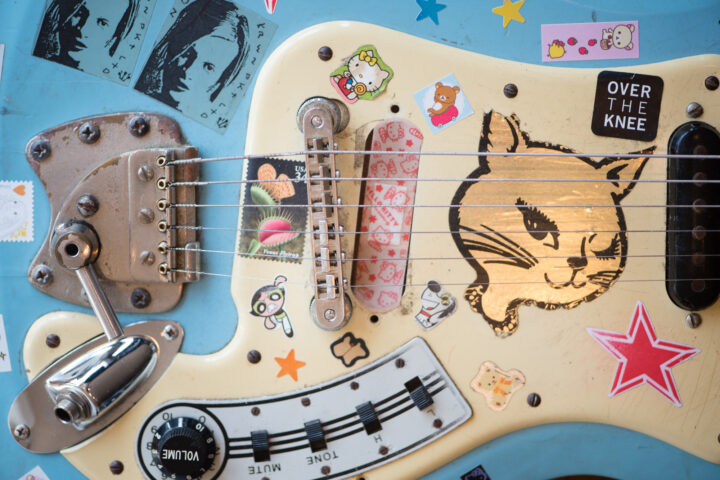