I first met master guitar builder Saul Koll at the 2016 NAMM show. It was in the last hour of the last day of the show, when nearly everyone is feeling thoroughly fried. I’d already played so many guitars that they were beginning to blur together in my mind. Which guitars floored me? Which were not so impressive? I wasn’t sure I knew anymore. Just then, I noticed a weathered VW Single Cab parked on the show floor, surrounded by several gorgeous electric guitars. I thought it might be a mirage, brought on by fatigue, but I soon discovered that the truck and the guitars were very real. 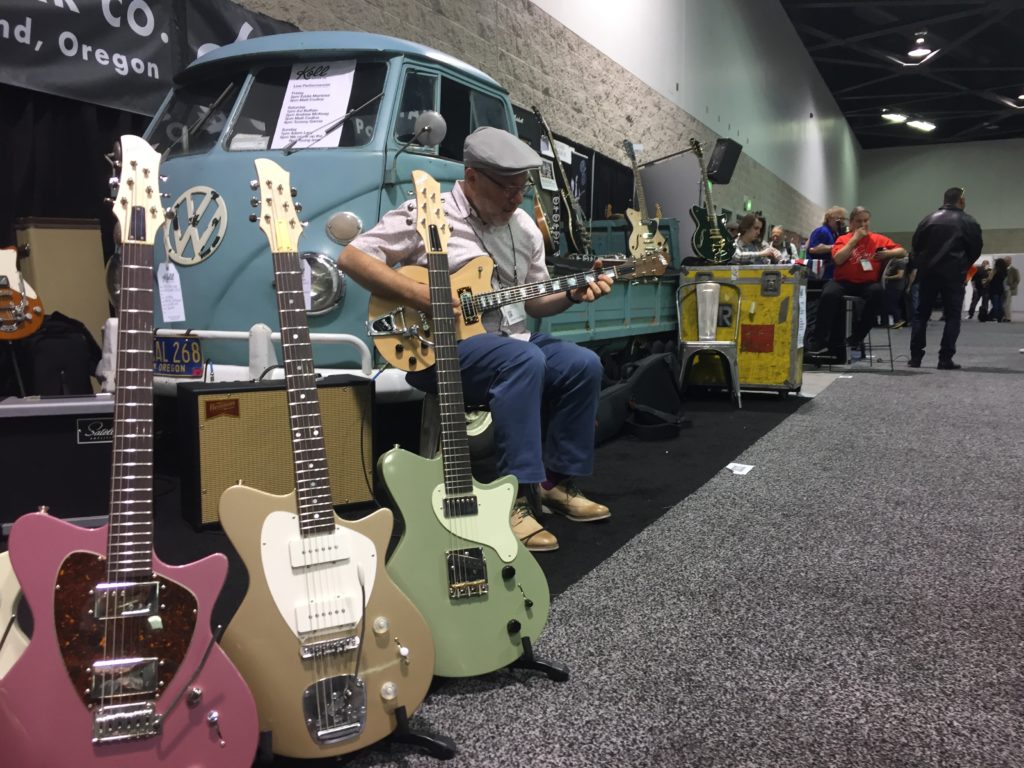 That VW, I learned, is owned by Saul Koll—the man who built the six-string stunners all around it. My ennui began to dissipate as soon as I picked up Koll’s red Troubadour—his long-scale model with a solid contoured body and a bolt-on neck. Fullerton-inspired, for sure, but no knock-off. The Troubadour was unlike any other guitar I’ve ever played, as were the rest of the Koll models I picked up and played as NAMM was winding down. When it was finally time to exit the Anaheim Convention Center, I made sure to grab Saul Koll’s business card. I wanted to keep in touch.

A few weeks later, I emailed Koll to tell him how intrigued I was by his guitars—the Troubadour, and the others. I said I’d love to have the opportunity to play his guitars again. He wrote back, asking if I’d be in Portland, Oregon (where he is based) or Brooklyn, New York (where his business parter, Gary Hustwit, is based) anytime soon. As it turned out, I did have a New York trip coming up, so I made plans to visit Hustwit.

The guitars Hustwit had on-hand were different instruments than the ones I’d seen at NAMM, though they were no less intriguing. He had nearly a dozen tricked-out iterations of the standard set-neck Koll models—the Junior Glide (solid mahogany body), Duo Glide (chambered mahogany body with a flat maple top), and Super Glide Almighty (chambered mahogany body with a carved maple top), and he had a Troubadour or two as well. Lots of different finishes—all gorgeous—with every conceivable pickup combination. Each guitar had some unique design features as well, like bespoke pickguards and custom-made Volume and Tone knobs. It was very cool to experience these guitars in this environment. Hustwit’s office was a whole lot quieter than NAMM! Here, I could really sense the personality of each instrument.

Later that year, I had a gig in Portland, so I reached out to Koll to see if he might have time for a coffee. He invited me to his workshop and we had a long visit there while I was in town. The more I got to know Koll and the more I played his guitars, the more I felt like I must own a Koll instrument. He wasn’t pushy at all. My interest was driven solely by the wonderfulness of his guitars. So, it was decided.

Now, there are basically two ways to order custom guitars. One is to make all the nitty-gritty decisions yourself—from the tone woods all the way down to the fret-wire size and potentiometer values—then ask a luthier to cook up your recipe. If you really know your parts and have a really good idea of how those parts will perform as a whole, this may be a sensible path for you. Touchier-feelier players, on the other hand, may prefer to explain their dream guitar to the luthier in layman’s terms, trusting the builder to spec the guitar to match their vision. Brainstorming with Koll, I took the latter approach. He did ask me one particularly keen question: What sort of guitar seemed to be missing from my current collection? I replied with a rambling email. The crux of it was that I wanted a guitar that was slinky/stringy enough to be useful for recording, yet with enough oomph that I would have fun playing it straight into an amp on live gigs. To help me get a little more clarity, Koll shipped me a couple of prototypes to play and experiment with. He even sent me a couple of optional pickups to try out in these guitars.

For my custom build, there were just a few details that I felt sure of from the start. I knew that I wanted a solid mahogany body and a mahogany neck as well. (I was hoping for something kindred with classic double-cut Les Paul models, because I’ve long loved the way those guitars speak.) I also knew that I wanted the guitar to have a Bigsby vibrato tailpiece, because none of my other guitars have a Bigsby. (Don’t we all need one Bigsbified guitar?) Pickups were something that I wasn’t 100% sure about. I was torn between two different styles—P-90s (for Gibson-like bark) and DeArmond Dynasonics (for classic Gretsch bite). Koll found an elegant compromise. He installed a pair of Dynasonic-inspired TV Jones T-Armond pickups housed in soapbar-style mounts. This would allow us to easily replace these pickups with P-90s down the road, if I wanted to, with no further guitar routing required. 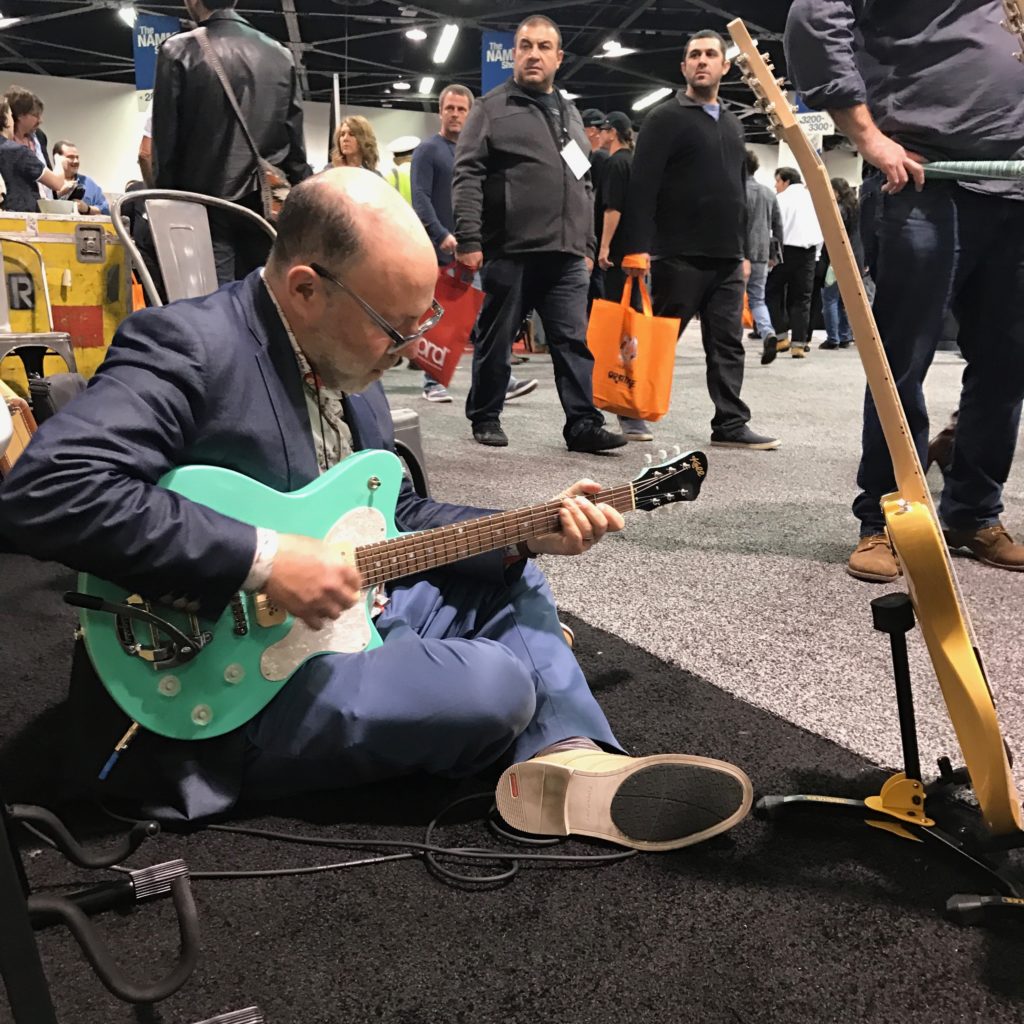 Koll had my guitar ready just in time for the 2018 Winter NAMM show. When I arrived at the Anaheim Convention Center, I was thrilled to finally lay my hands on the custom Koll Junior Glide that I’d been dreaming of for the past year or so! Just as I’d imagined, it is a beautiful mashup, with elements of a Les Paul Special and a Gretsch Jet Firebird—yet it with its own distinct personality. Even the color was quirky. I’d originally suggested a muted green hue, similar to the color of Koll’s beloved VW. My guitar is actually a little brighter and a little bluer—perhaps something like what the truck would’ve looked like when it was new in 1964. Whenever I play this guitar, one of the first things people comment on is its uncommon hue. And then they hear the sound, which is as bold as its color.

I’ve had a couple of other custom-ordered guitars over the years, though I’ve generally shied away from such a process because I like the idea of falling in love with a guitar that already exists in the real world—rather than trying to replicate one from a dream. In this case, I’m glad that I shared my dream with Saul Koll. By asking good questions and getting to know what drives my musicality, he was able to build me a guitar that does exactly what I need it to—and a little more. 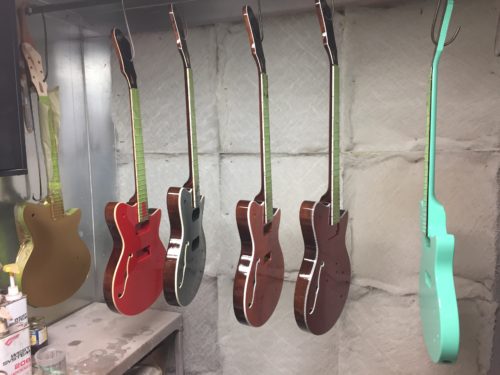 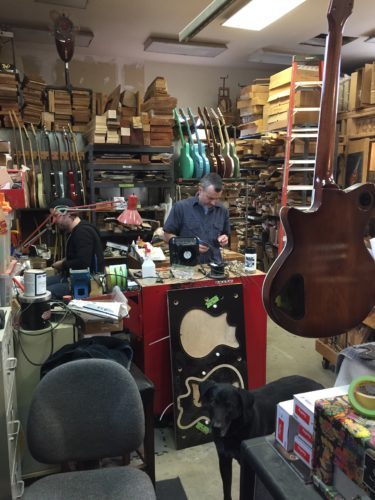 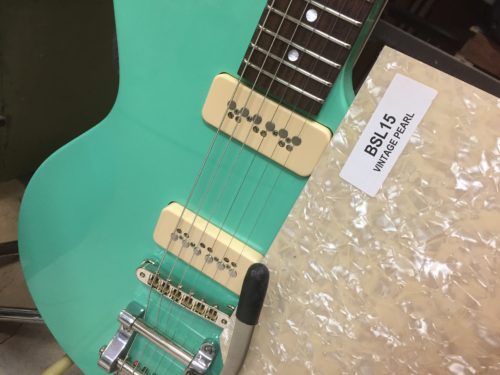 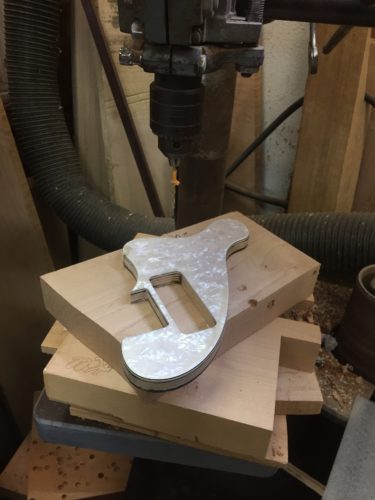 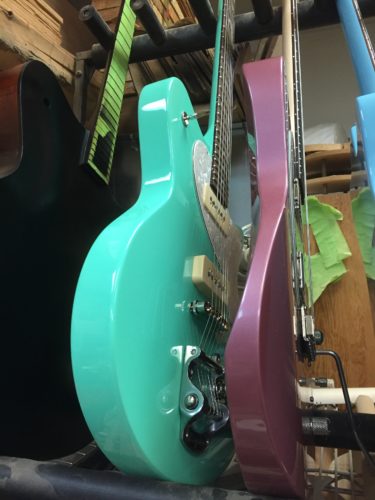 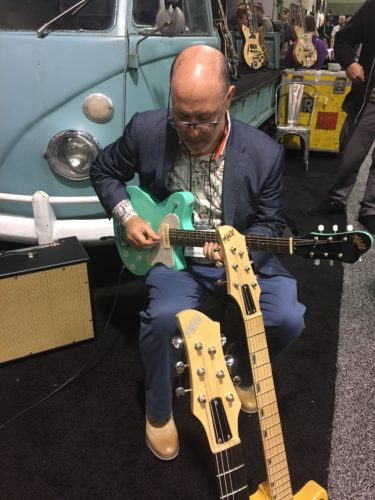 The Guitars That Got Away