Scott Walker is a luthier based in Santa Cruz, California, who has decided to eschew the more common Gibson/Fender take on the electric guitar in favor of a sonic and visual esthetic that owes quite a bit to the work of Alembic, Doug Irwin and Steve Cripe. Walker got his start working at the Santa Cruz Guitar Company, where he was able to experiment with his solidbody ideas after the workshop closed for the day.

Walker’s designs have flowing, organic curves that are inspired by the waves of the nearby Pacific Ocean. We made him the subject of a lengthy feature in the Fretboard Journal #27 (subscribe here and we’ll make sure you get it). Although Walker builds six-string guitars he is actually a fine pedal steel guitarist so when guitarist Steve Kimock wanted a lap steel, Walker was excited to try his hand at building one. This is Walker’s first lap steel and, as of this writing, it still doesn’t have a model name. (For some reason Scott didn’t like my suggestion of Kelpcaster.)

As you can see in the pickup cavity, the body of Walker’s lap steel is made from maple. And what kind of pickup do you need to fill that massive hole? 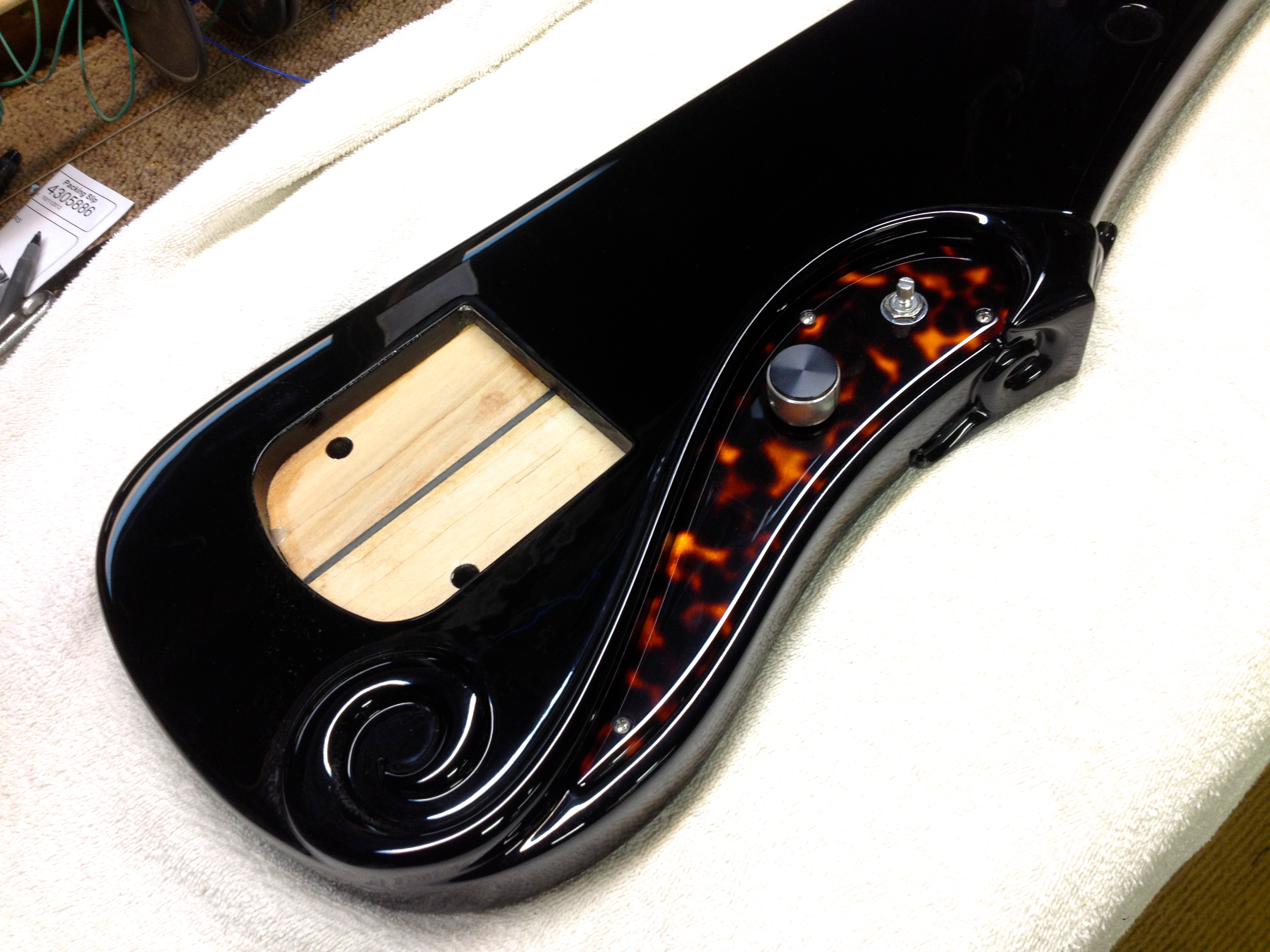 Why, a custom Jason Lollar pickup attached to a half-inch thick piece of aluminum, of course. The pickup was inspired by those used by Supro, Oahu and Valco lap steels in the 1950s. These pickups are prized by players who like the fact that they are humbuckers but still have the clear, twangy sound of a single coil. The aluminum block works as a combination bridge and tailpiece while greatly increasing sustain. Because the guitar is supported by three stainless steel legs, the player doesn’t have to worry about the extra weight while playing it. (Lugging it to a gig is another issue.) 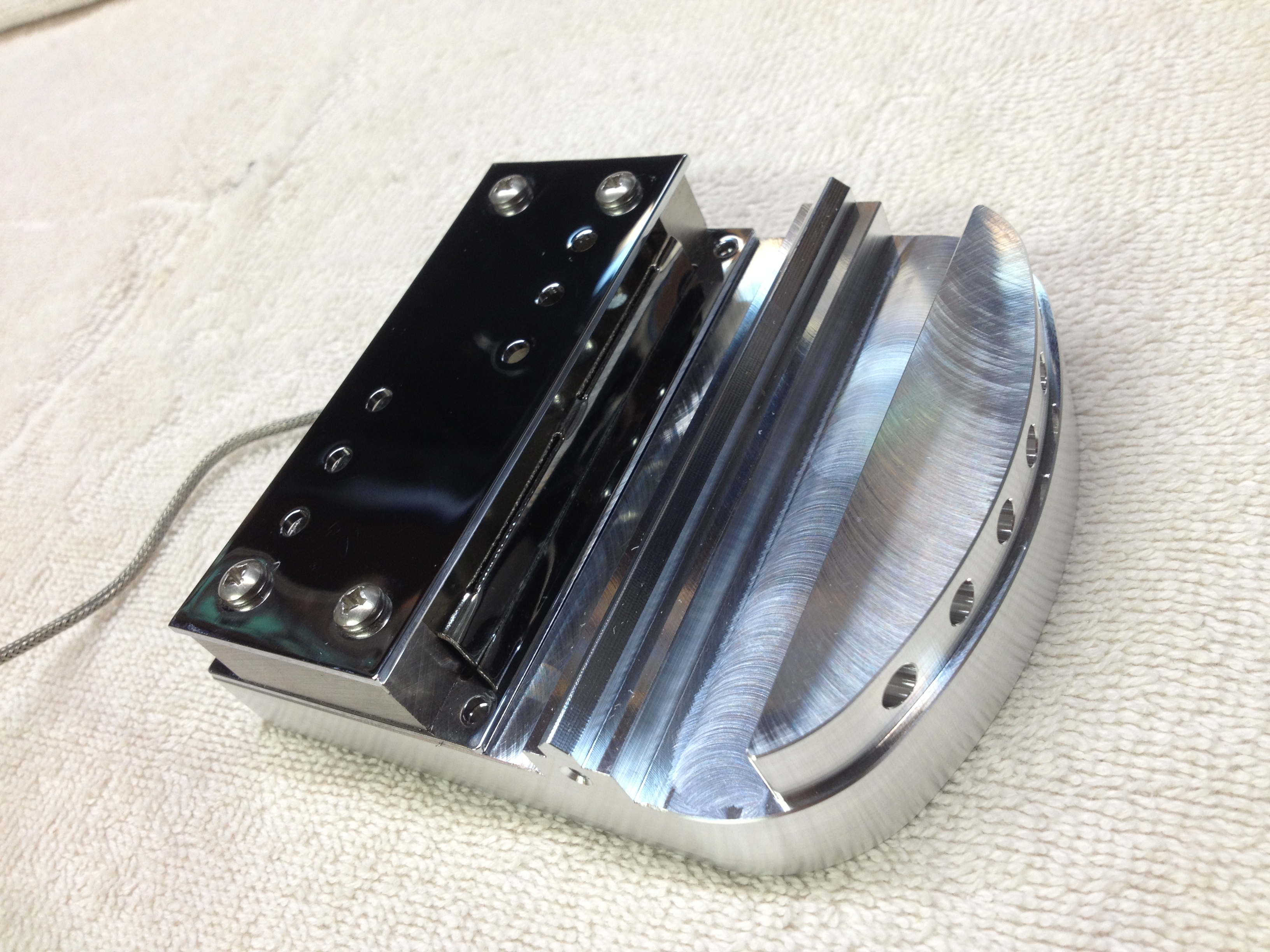 I think the mix of machined metal and elegant hand-carved wood looks beautiful. 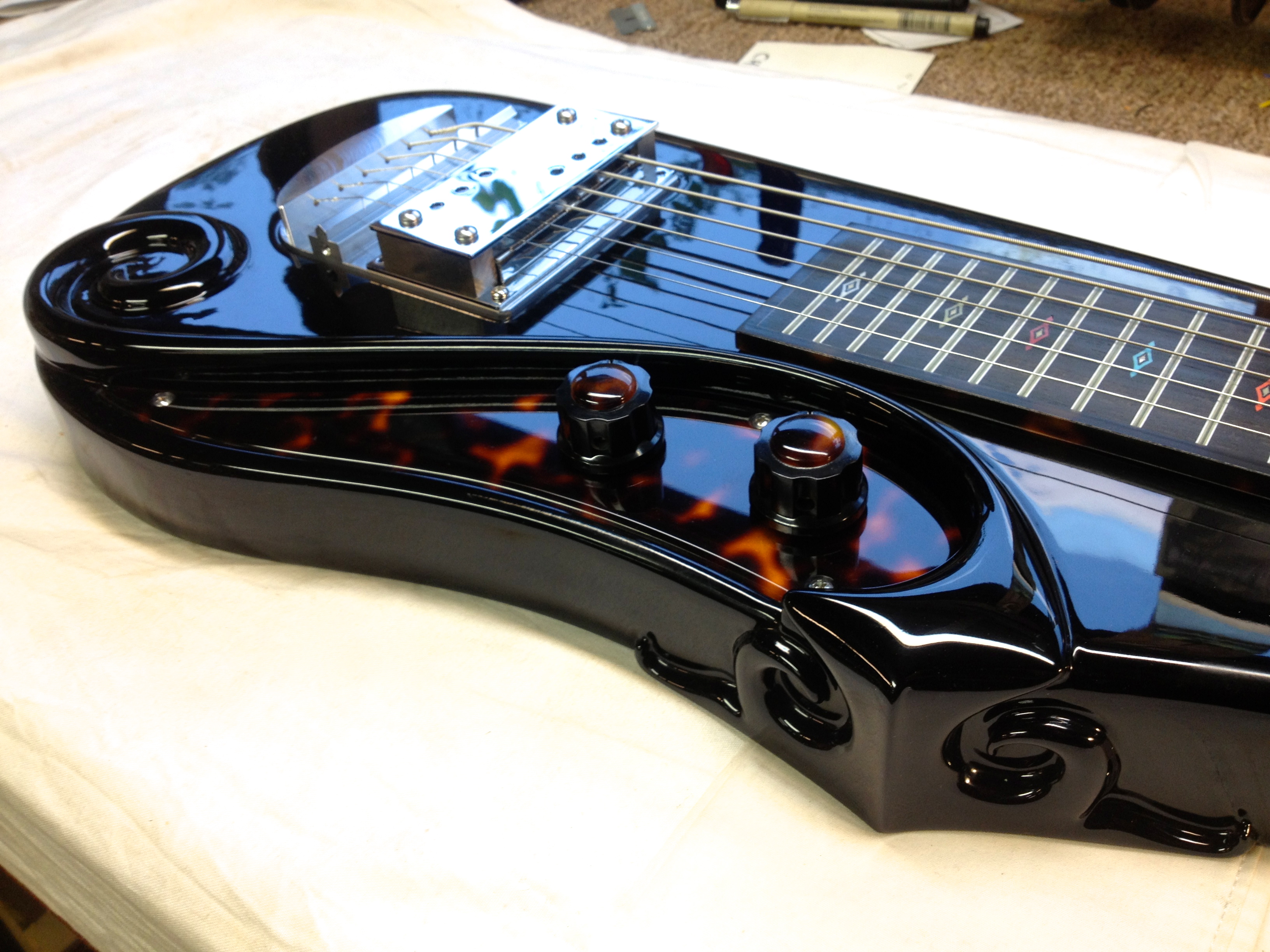 Steve Kimock only plays the steel on a few songs per gig so he needs a place to store his tone bar so it’s easily accessible but won’t get scratched so Walker added a felt-lined bar holder. The lap steel has a 23-inch scale length and fretboard is made of ebony with inlays cut from Corian. There is a graphite beam in the neck to add extra stability to the body. 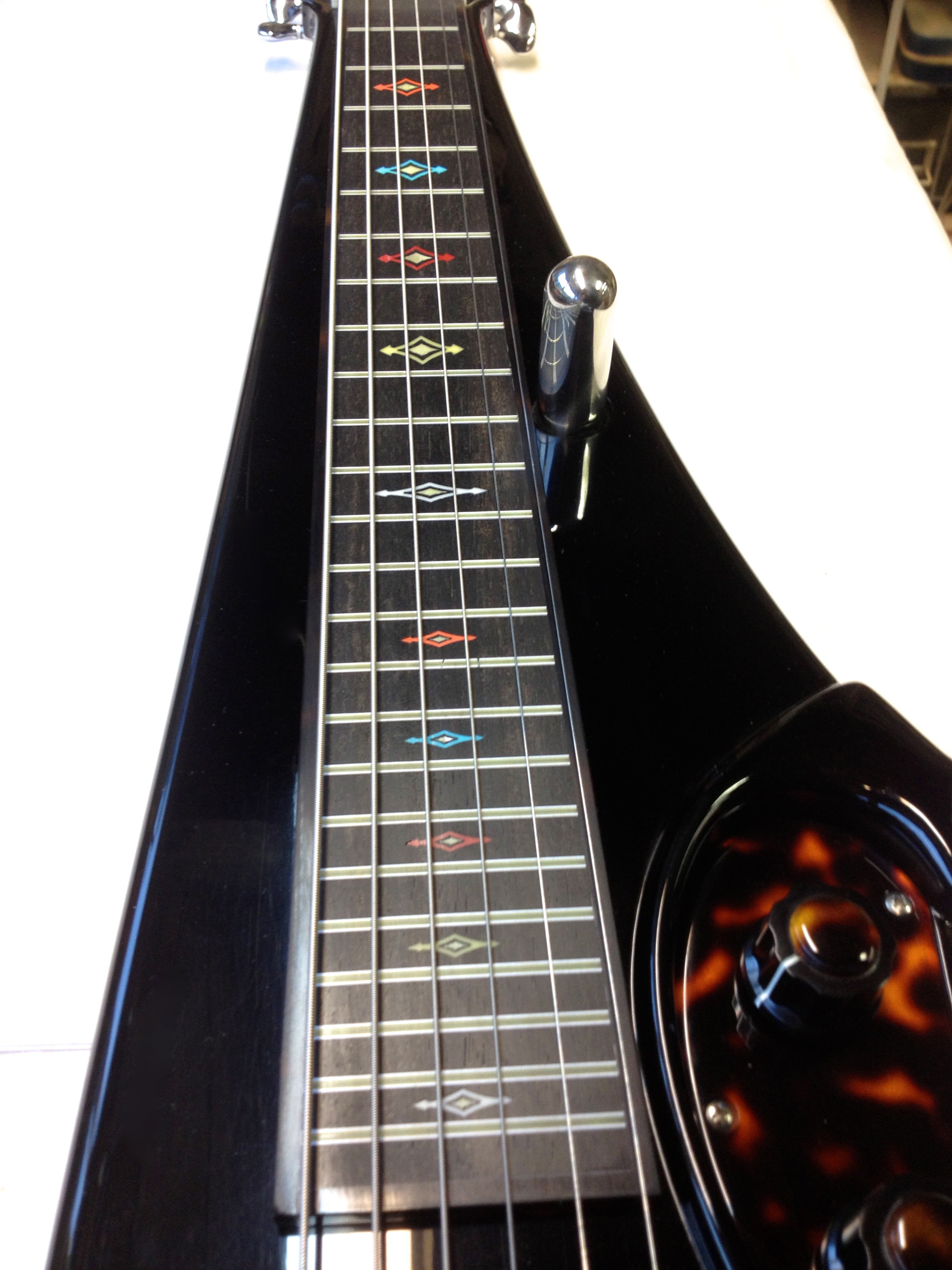 The dart-shaped volute is purely decorative on a lap steel, but the crisply carved detail is something of a Scott Walker trademark. 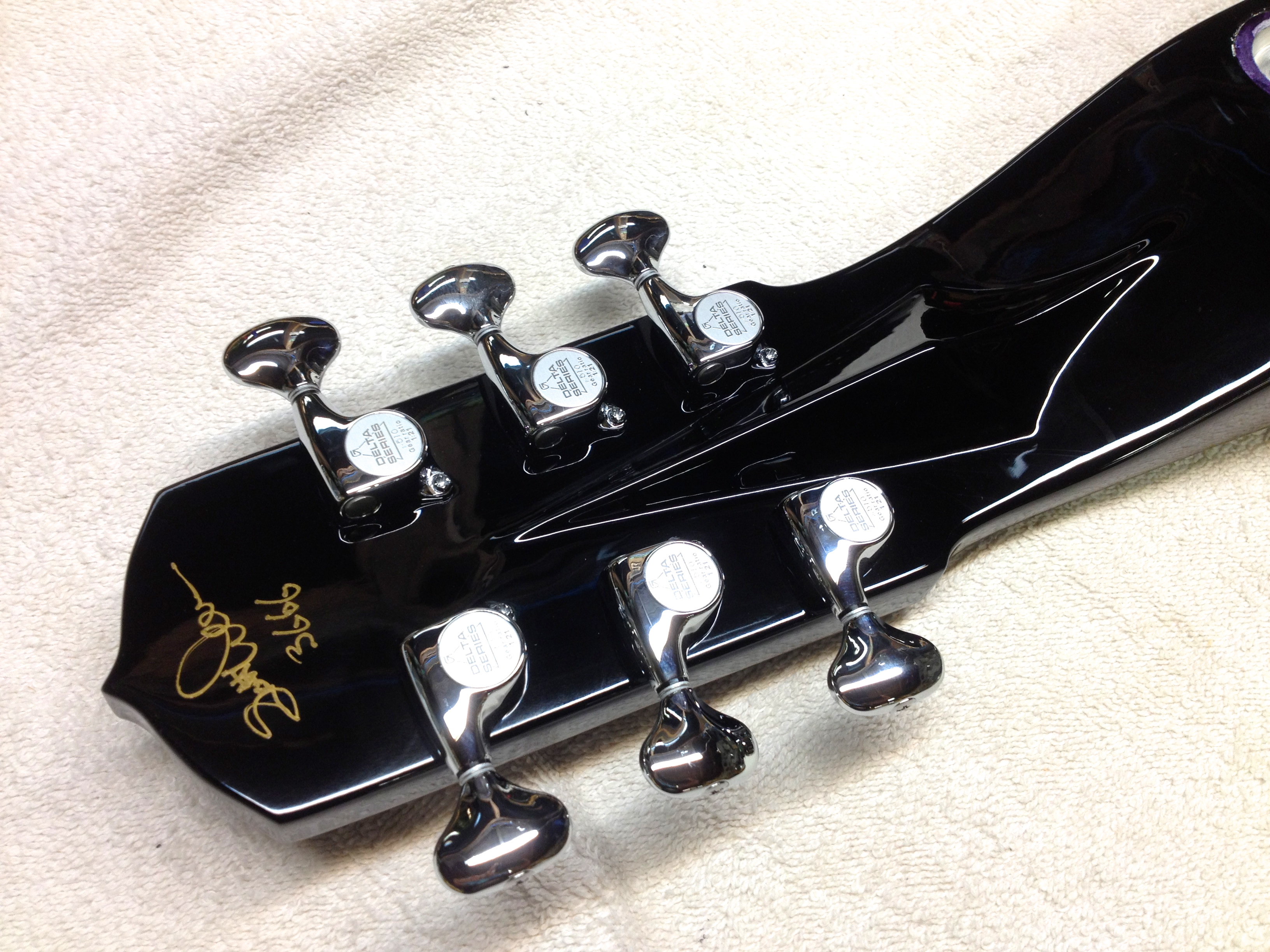 Steel guitars are perhaps the only stringed instrument where you really need to see the frets so Walker came up with a way of making glowing frets that will show up under low stage lights. 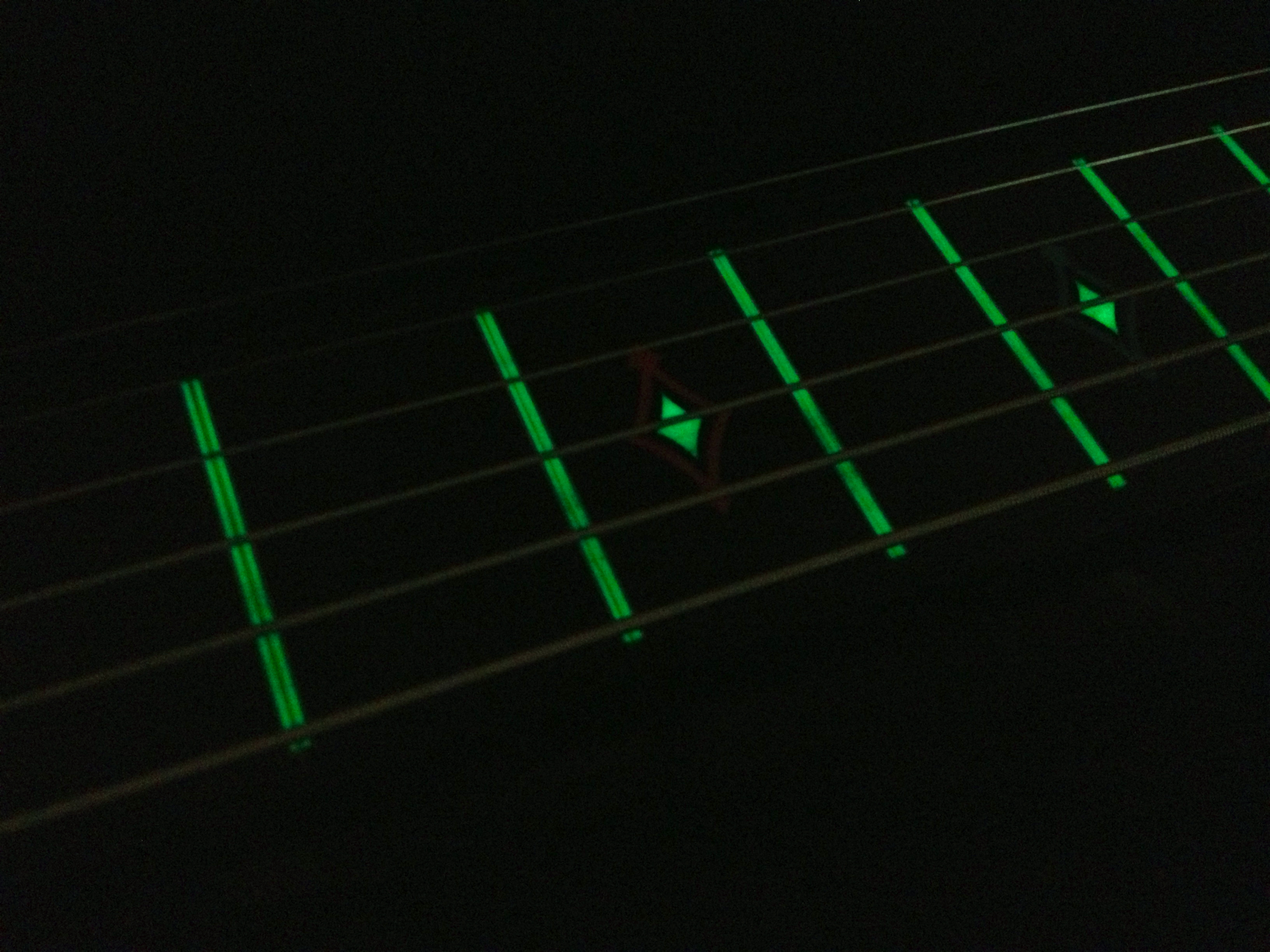 Because the lap steel has a unique body shape, there was no off-the-rack case available so Scott Walker decided to build his own. 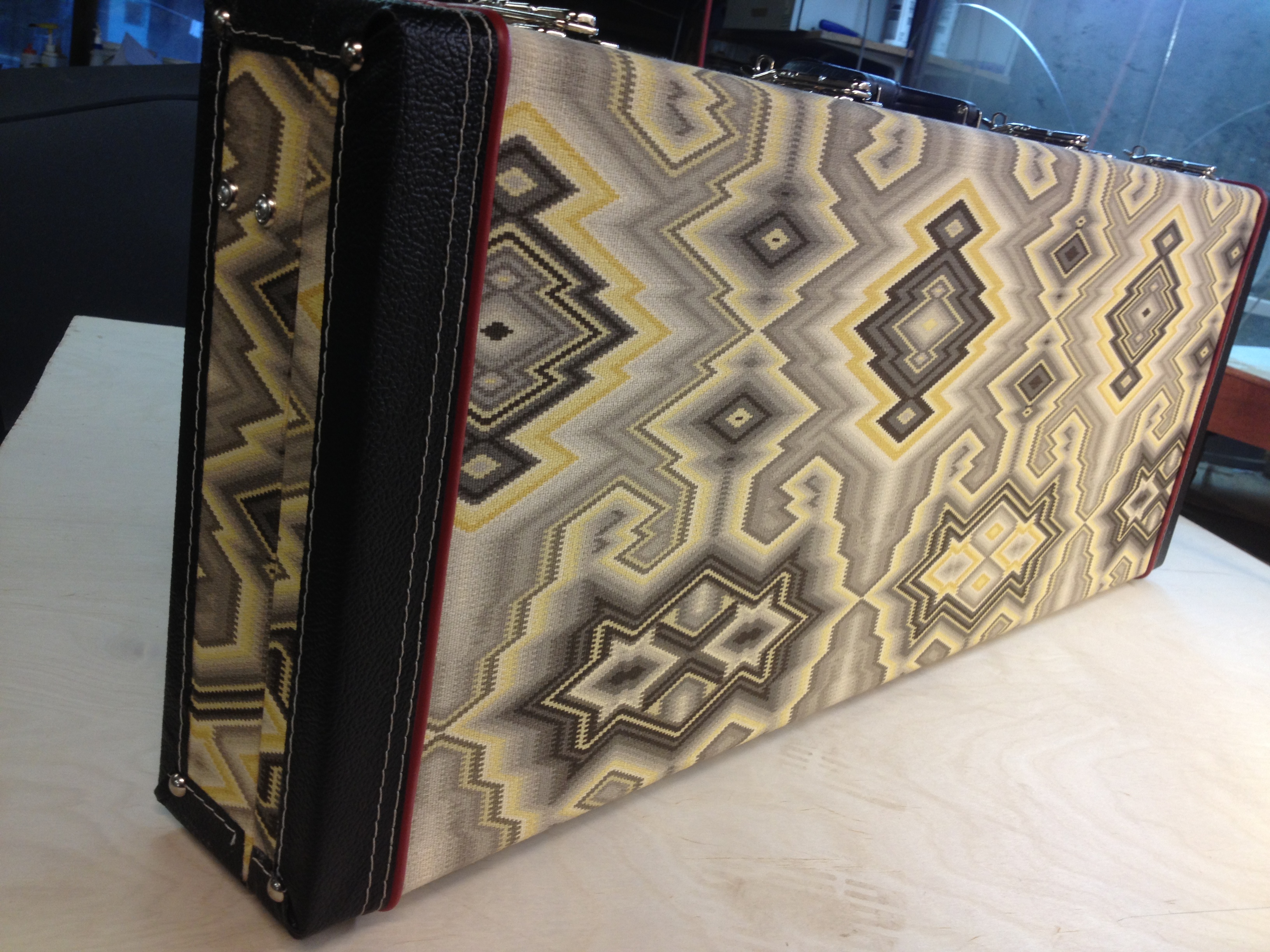 Here’s Walker’s new lap steel all set up and ready to wail. He said he’s going to add this model to his catalog so if you want one of your own you can get more information here. 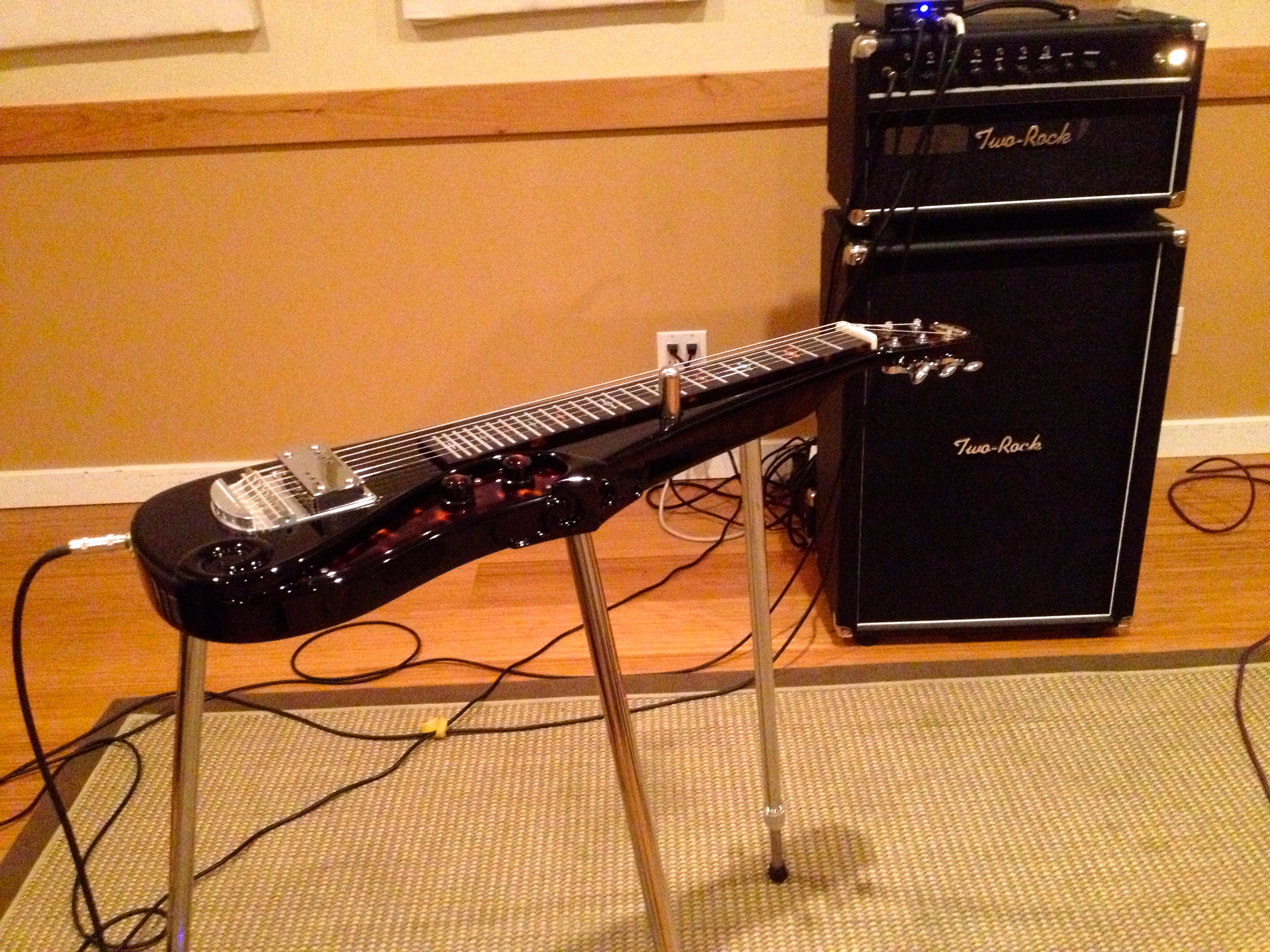 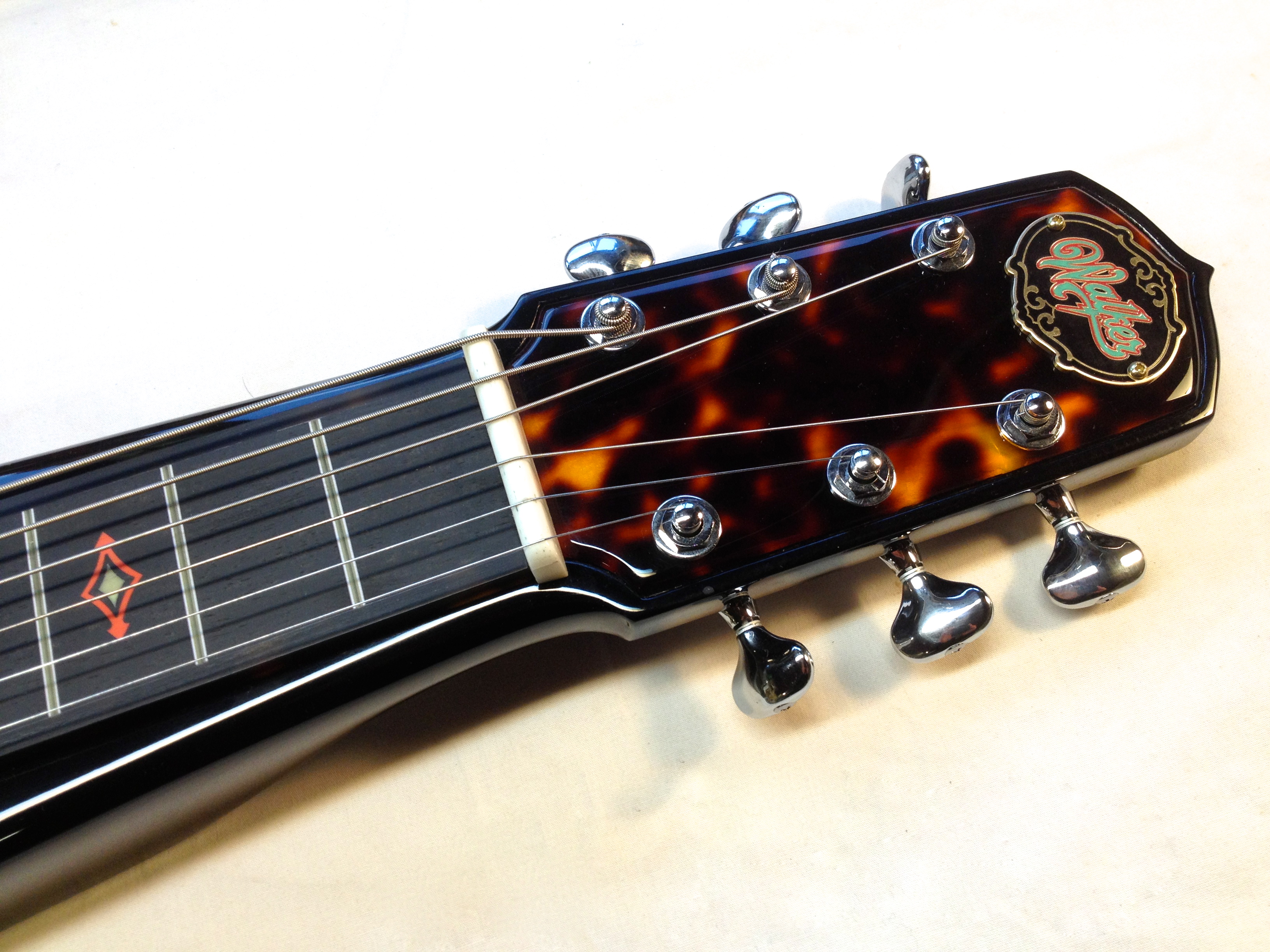