As Bill Frisell wrapped up the recording of his 2016 album of classic movie and TV themes, When You Wish Upon a Star, he received an unusual offer: Would he like to meet some of the studio legends who performed on the original sessions? Of course he would. A date was set, a Southern California venue was chosen and Bill invited The Fretboard Journal to come for the ride.

In this video, Frisell meets session greats Bob Bain, Dick Nash, Dennis Budimir, Tim May, Phil Teele, Gene “Cip” Cipriano and Mitch Holder for the first time. Each of these players performed on innumerable classic soundtracks and pop songs. Bain alone played guitar on Nat King Cole’s original “Unforgettable,” the Peter Gunn theme and on Sinatra’s “I’ve Got You Under My Skin.”

“A lot of times someone will ask who my influences are,” Frisell says. “There are always these big names that come up, like Miles Davis or Wes Montgomery. That’s absolutely true but at the same time there’s a tapestry of music that is all around us, all of the time. There are people making this music that don’t get the credit. They’re heavy, heavy amazing musicians… unsung. They’ve had a massive influence on me.”

For a few hours, the group shared music anecdotes, guitar tales and uncensored war stories from the heyday of Hollywood’s recording studios. We then listened to a rough cut from When You Wish Upon a Star. Frisell was floored that many of the artists, including Budimir and Nash, were fans of his own records.

Bill Frisell’s When You Wish Upon a Star is available via Amazon. It includes Frisell, Petra Haden, Eyvind Kang, Thomas Morgan and Rudy Royston performing “Moon River,” “The Bad and the Beautiful,” “Once Upon a Time in the West,” “The Shadow of Your Smile,” the Psycho theme and much more.

Joe Henry, “Eyes Out For You” at the Fretboard Summit 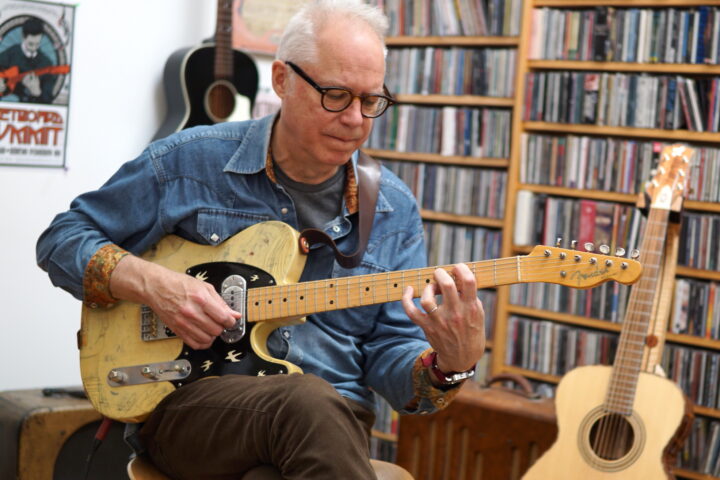 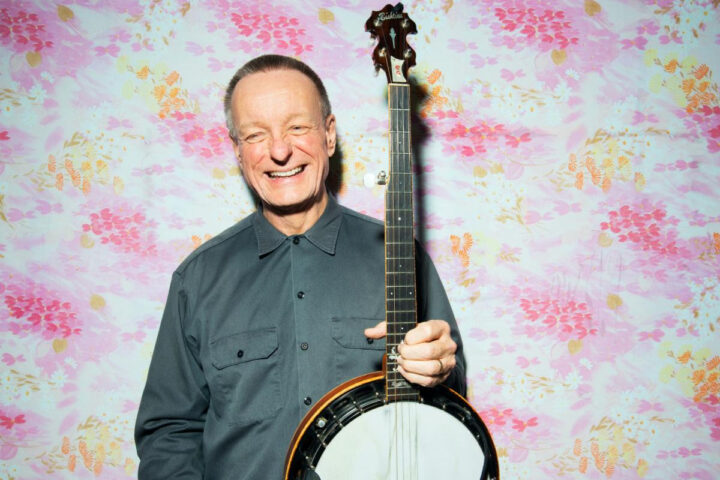