The name Lloyd Loar is most commonly associated with the Gibson F-5 mandolin design, but Loar also helped to develop the entire Gibson Master Series of instruments, which, in addition to the F-5 mandolin, included the H-5 mandola, the K-5 mandocello and the L-5 guitar. The H-5 mandola was formally labeled in the 1924 catalog as “The Master Mandola H-5 Professional Special,” and perhaps due to the waning of the popularity of mandolins, it clearly did not sell well, as to date only 24 Loar-signed examples have surfaced.

Mandolas are generally tuned a fifth down from the mandolin, to CGDA, which gives them a very full, warm, throaty tone. This H-5 was signed by Lloyd Loar on March 31, 1924 – one of a batch of 14 H-5 mandolas signed by Lloyd Loar on that date—and marked with serial #76497. It is a typical Florentine-style F-hole mandola, having the large body scroll on the upper bass side, two large body points on the treble side, a triple-bound pickguard, a two-piece adjustable ebony bridge and a gold-plated slide-on tailpiece cover etched with “The Gibson.” It has a Virzi Tone Producer installed, with a paper label noting Virzi serial #10057. The headplate is pearl inlaid with a script “The Gibson” logo and a large abalone and pearl “fern” inlay. The black bell shaped truss rod cover on the headstock is engraved with the name “Vladimir.” Who Vladimir was remains a mystery.

The Fretboard Journal recently took this mandola to Bainbridge Island, Washington’s Brickyard Studio, where we showed it to David Grisman. Since Dawg was meeting Vlad for the first time, we decided to bust out our cameras.

Editor’s Note: The Fretboard Journal‘s 49th issue mails next week. We hope you’ll join us as a subscriber. 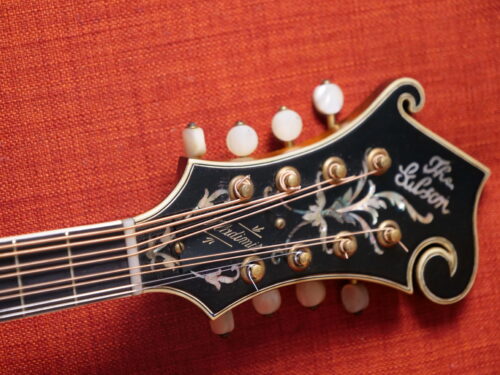 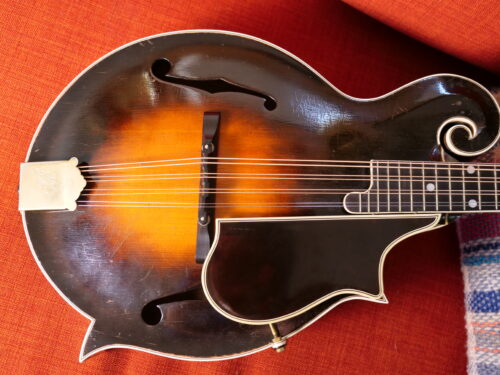 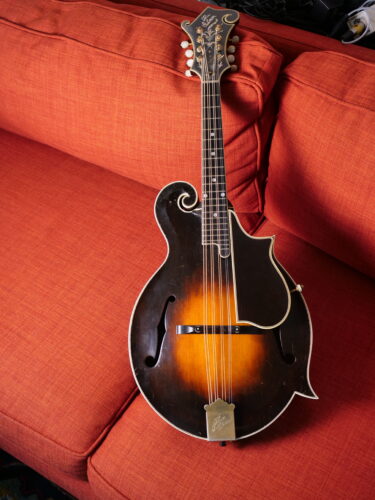