It’s hard to tell what takes place on Oregon’s Pendarvis Farm 362 days out of the year. The 80-acre property – about a half-hour from Portland – sports a few horses and a barn but there aren’t any crops in sight. The property is mostly a giant, fern and blackberry-covered hillside looming over a big grassy meadow.

During the weekend of Pickathon, however, music emanates from all corners of Pendarvis Farm. Stages big and small abound and music fans from all over the West dot the landscape with tents and hammocks. Pickathon’s bookers are savvy enough to follow their hearts: booking traditional bluegrass, indie-rock, R&B, world music and blues, to name a few genres, next to each other. There are multiple stages (including a Woods Stage that looked like it belonged in a Lord of the Rings movie), a barn that turns into a sweaty juke joint and plenty of areas for impromptu jams and drum circles.

Pickathon 2013 showcased festival favorites such as Feist and Andrew Bird, but a short hike would yield plenty of musical discoveries, too. I caught great performances by Foghorn Stringband, Kurt Vile, Howe Gelb, JD McPherson, the Relatives, Sallie Ford and many others. Fretboard Journal favorites Jason and Pharis Romero performed (you may remember the documentary we filmed on the banjo-making couple, available here) performed, as did Eli West and Cahalen Morrison.

The real star, however, is just the festival itself. It’s rare when you find a festival that appeals to music snobs, environmentalists (paper plates and disposable utensils were strictly verboten) and campers just looking for a good time. 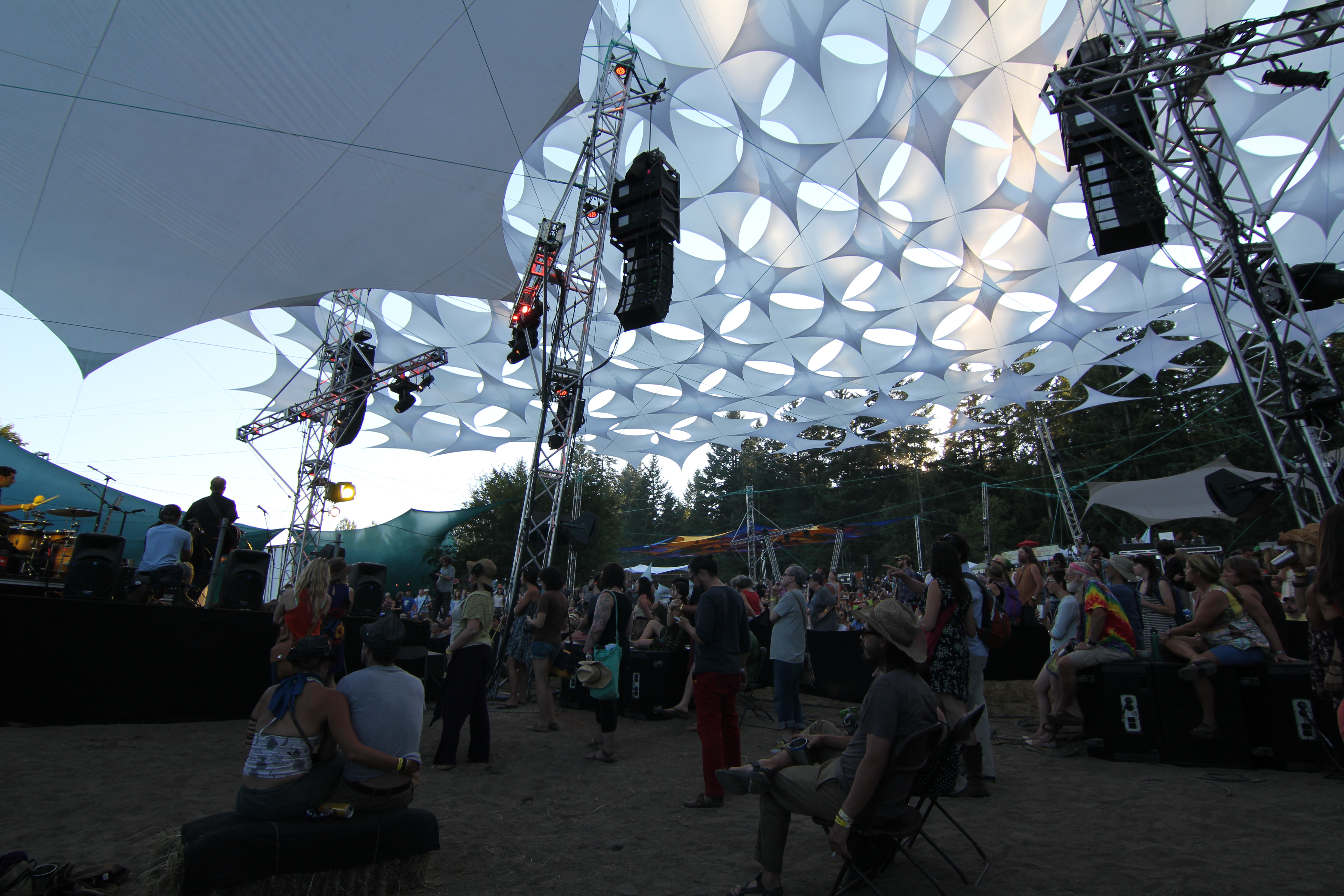 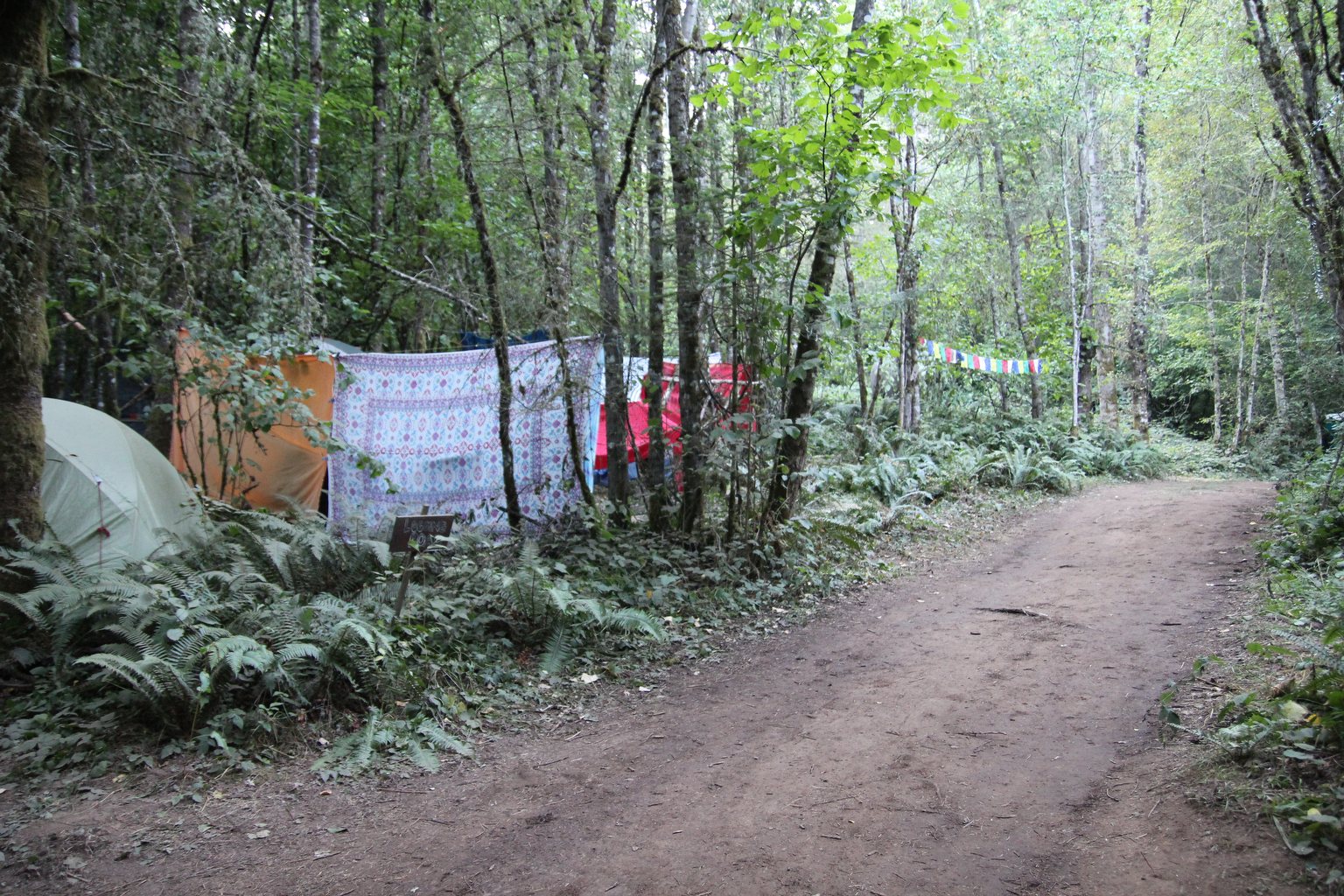 Hamlets of tents lined the hillsides. 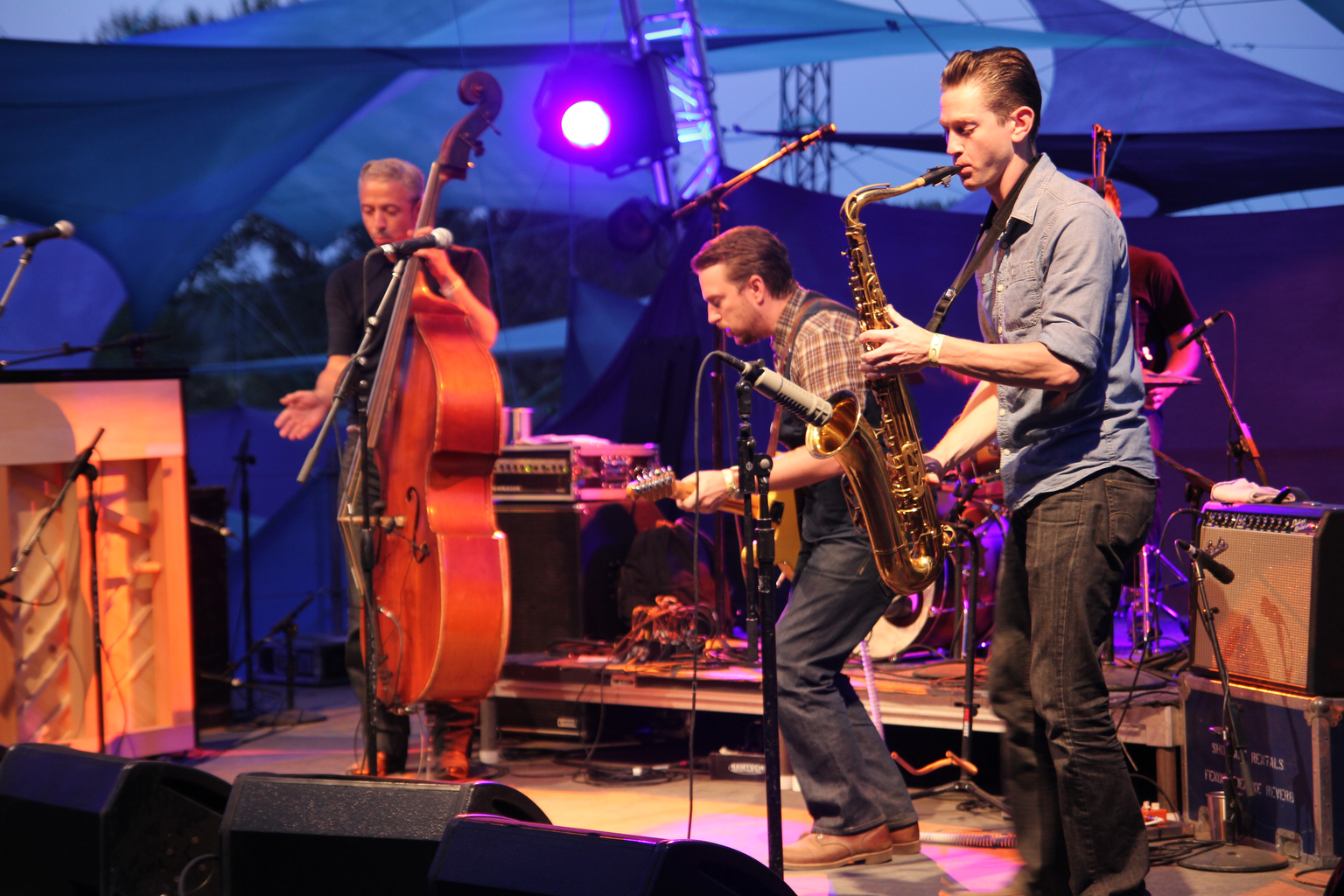 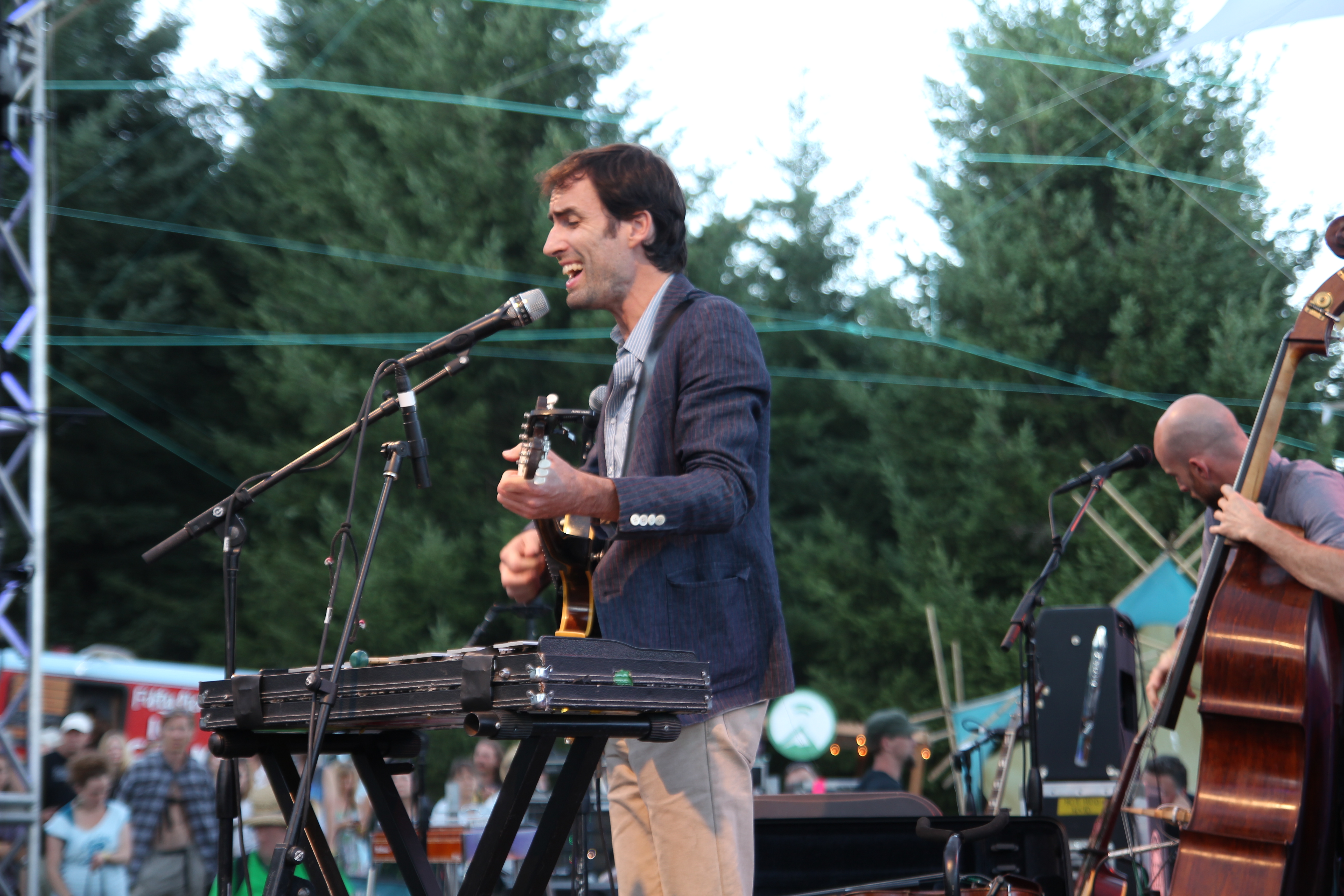 Andrew Bird, one of the festival’s bigger draws, on the Mt. View Stage. 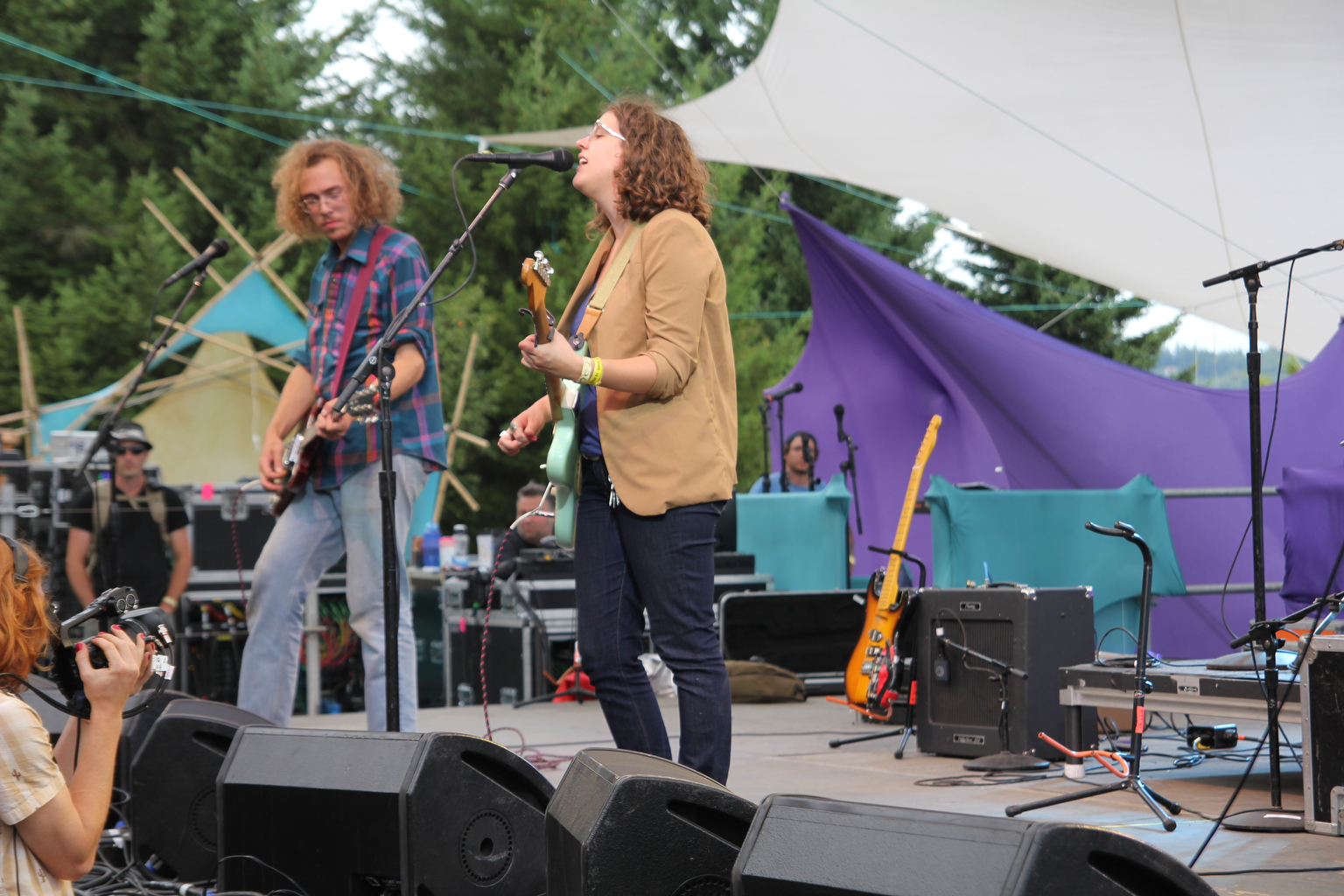 Portland’s Sallie Ford & and the Sound Outside. 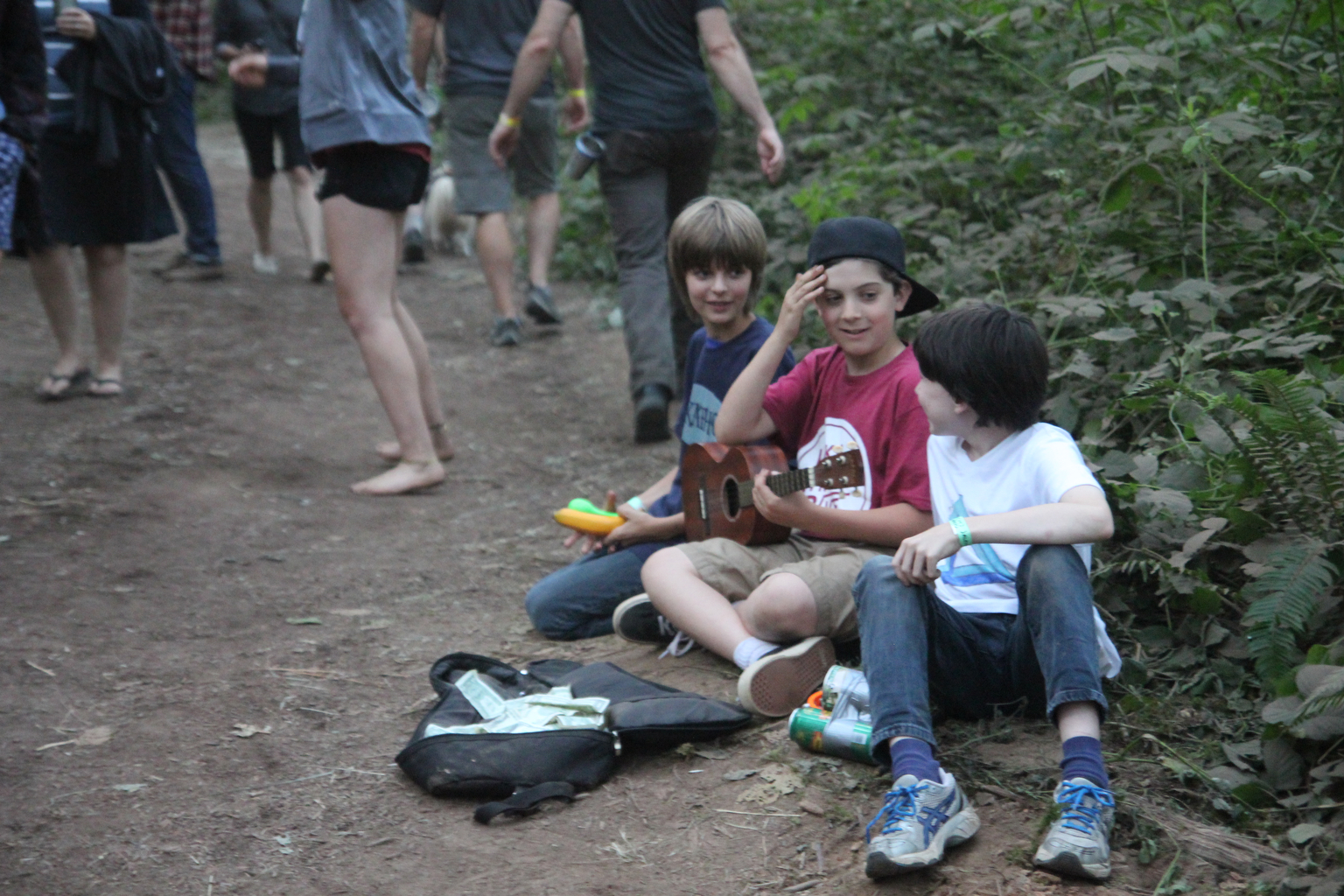 Walking through the circuitous trails between stages and campsites at Pickathon, you were constantly reminded how family friendly this setting is. Here, a group of kids busk for passers by. 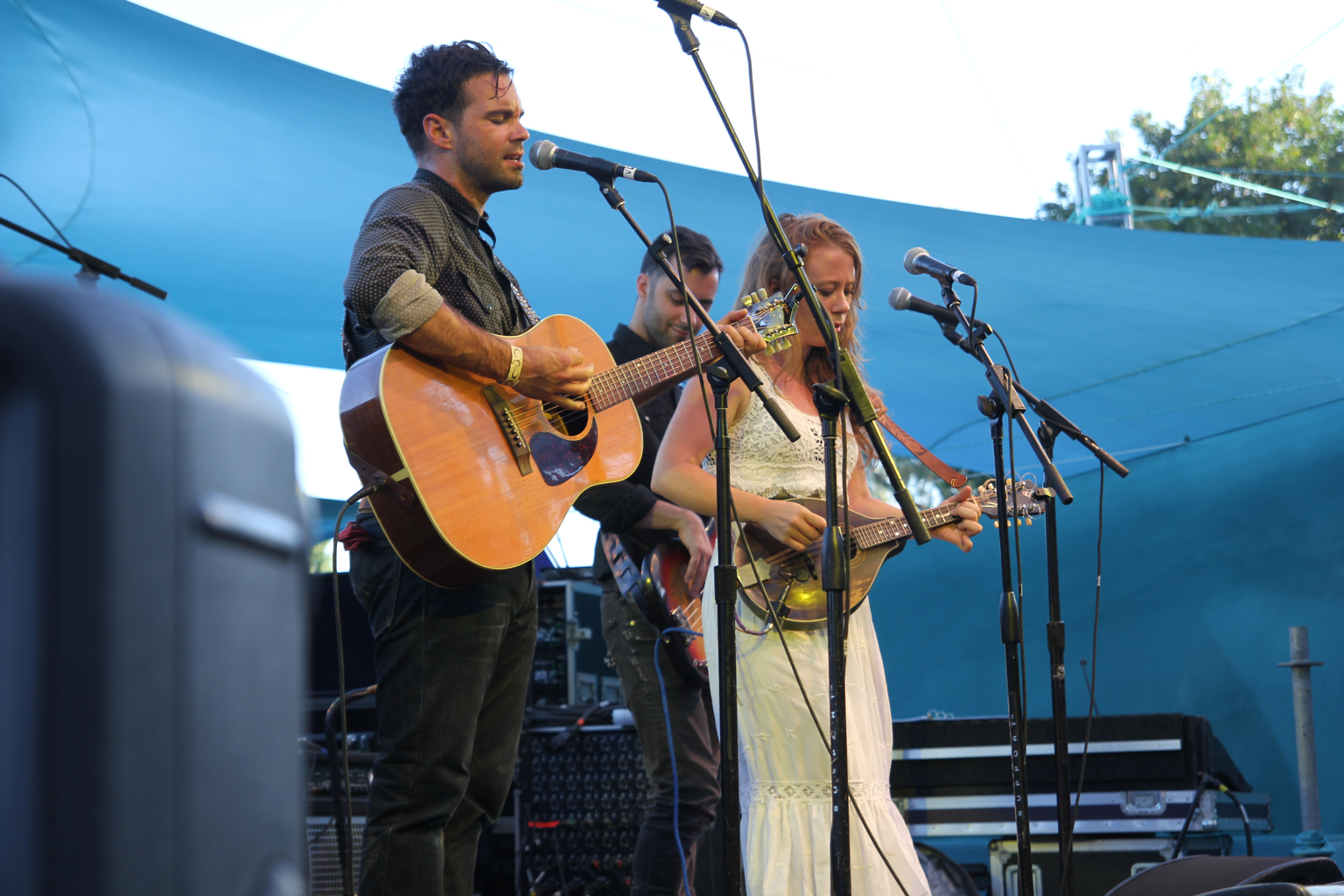 Brooklyn’s the Lone Bellow brought anthemic folk harmonies to the Fir Meadows and Wood Stages. It was great to see (and hear) Kanene Dohehey use a vintage Gibson mandolin onstage in such a modern context. 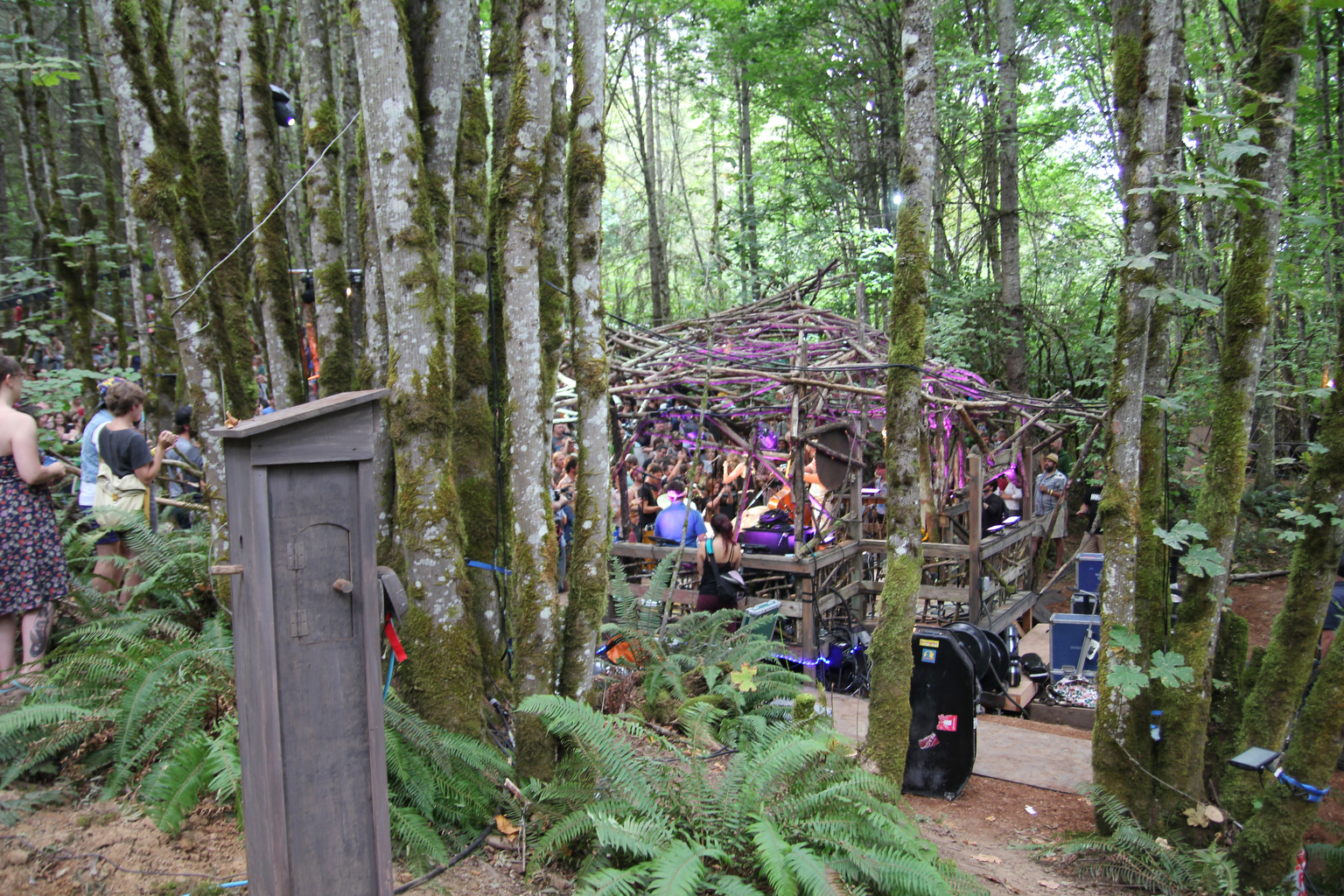 Pickathon’s Wood Stage, home to the festival’s most intimate performances.