We tend to mythologize our musical heroes, but in reality they’re just like the rest of us. Ten or so years ago, someone on eBay was selling one of Johnny Cash’s old cars… a green, ’90s-era Land Rover Discovery. I can’t remember exactly what it sold for but its lineage didn’t seem to add much to the final price. Mainly, I loved the fact that the auction offered a sneak peek at the singer’s life away from the stage and lights. At the end of the day, Johnny Cash was driving (or being driven around in) a Land Rover. I’m not sure why I care about this stuff, but it gets filtered in the back of my mind. Sort of like how Tony Rice owns standard poodles. It seems like an unlikely breed for one of the world’s greatest flatpickers but I’m not sure why.

The other day I caught this video, featuring unreleased footage of Bill Monroe, the father of bluegrass, at home circa 1986. Monroe doesn’t actually say anything revelatory; it’s just a typical TV news magazine profile that apparently never aired. But here, for the first time, I can see how he lived when he wasn’t playing the mandolin or rifling through Blue Grass Boys. It’s fascinating to see his home, hear him boss his helper around to yank that old carriage out from the shed and watch him piloting those two mules around his property. 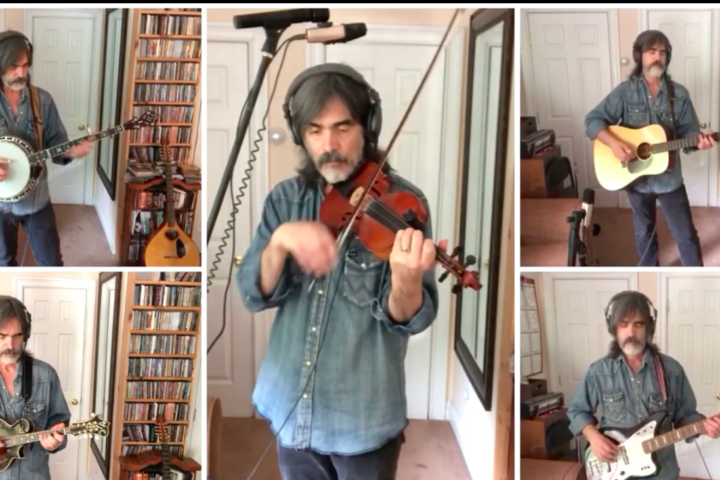