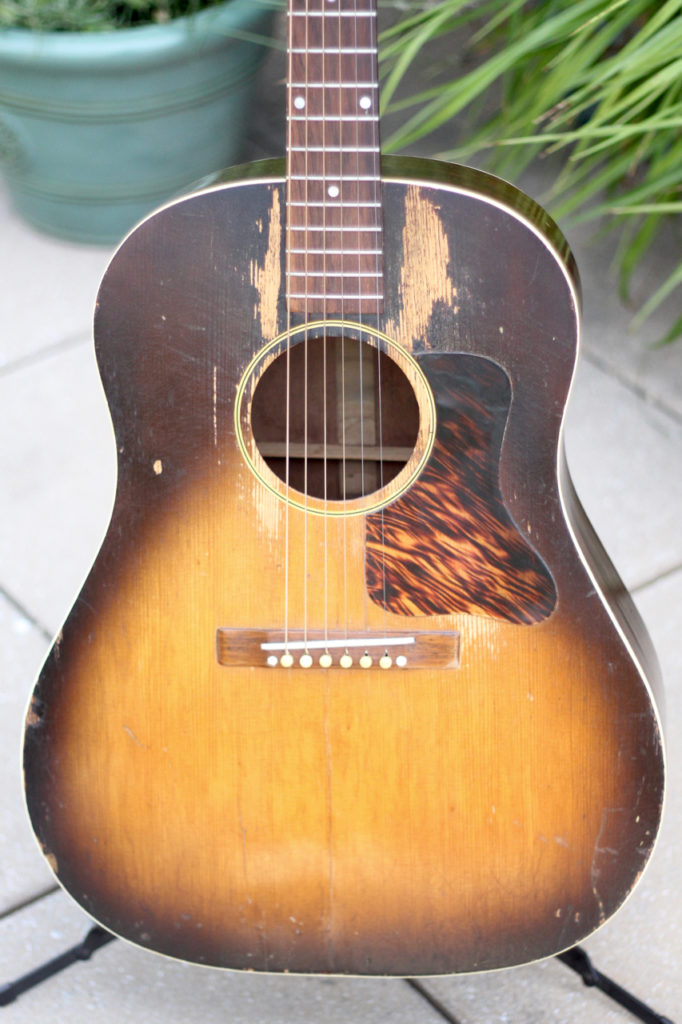 “Mojo.” Some love it, some hate it. Today’s Catch is for the lovers ver tut there. Here, we have a player’s grade, 1940 Gibson J-35 that has even landed on a recording session or two.

Gibson’s J-35 model was introduced in 1936 and originally produced for five years. As with all things vintage Gibson, the specs of this model changed a bit over the years. The body evolved in size from the Jumbo to Advanced Jumbo dimensions and the guitar went from having three “tone bars” under its top down to two. While J-45s get most of the attention, many players swear that the rarer J-35’s sound is even more versatile, whether you’re playing rhythm or fingerstyle guitar (the latter something you generally wouldn’t do on a J-45). This particular sunburst J-35 is from the tail end of the J-35 run with its two tapered tone bars. Everyone seems to have a different opinion on what variation is best. We’ll leave that up to you.

As you can see, this guitar also sports considerable wear. Yes, it has its original bridge and finish. The sound is proclaimed to be wonderful (you can audition itself if you’re near NYC and report back to us). That’s not surprising, we seldom hear of any dud J-35s. These latter models, in particular, are light and responsive.

Now for the nitty gritty: The tuners are period correct but replacements. This guitar has had a number of repairs and sports its share of cleats, including the center seam, a couple of small side cracks and a patch on the back of about 1 3/4″ off the lower bass bout which has been stained. Yes, the back has some overspray. All of the repairs are rather old and settled in and have remained stable during the current owner’s time with the guitar.

Speaking of which, this guitar’s seller is Bradley Klein of Twangbox Productions. Klein knows fretted instruments, is a frequent Mandolin Cafe contributor and has produced some great video, audio and visual projects with some of our favorite roots and bluegrass musicians. He reports that “the day I received this guitar, I had been hired to photograph a recording session for [bluegrass vocalist] Jen Larson’s CD, Burning House. I brought the guitar with me. Chris Eldridge picked it up and even though it had not yet been set up, played it on what became a bonus track for Jen’s Kickstarter supporters.

“Critter has said to me that really great guitars demand something from the player,” Klein adds. “And that’s the case with this one. It’s just a HUGE sound, particularly in the low mids. Not a perfectly ‘balanced’ instrument, but just the thing for the player that loves that early Gibson Jumbo sound.” (The pic at the top of this page is from that session with Critter.)

Klein is asking $7200.00 + shipping for this instrument. Balk at vintage prices all you want, but it’s the lowest priced vintage J-35 we’ve seen in a long while. Though we haven’t personally inspected this specimen, these are truly special guitars. This guitar hasn’t hit Reverb, eBay, Gbase or any of the usual channels just yet. You heard it here, first. I’m sure Brad would welcome serious inquiries or questions and he probably has some decent audio files of the guitar at the ready.

Email the seller here and tell him the Fretboard Journal sent you. And if you have a great fretted instrument you’d like to sell, send us some details and we’ll maybe make it a future Catch of the Day.

Audio of the guitar (played by Chris Eldridge) below… 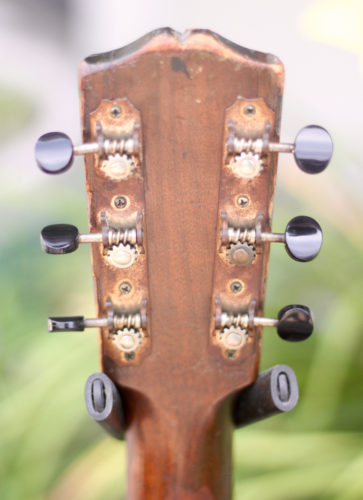 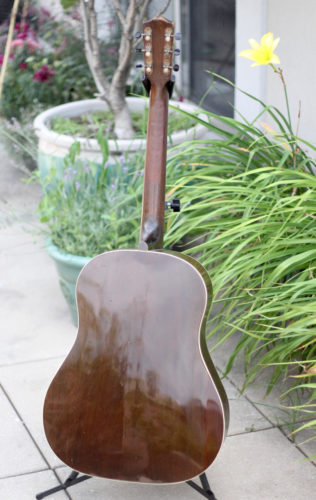 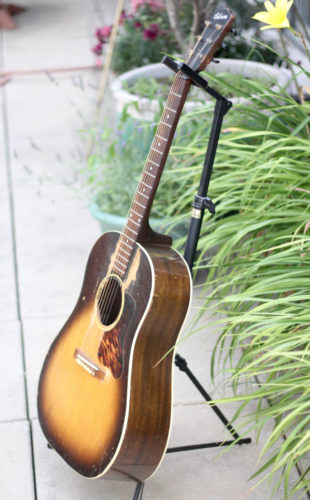 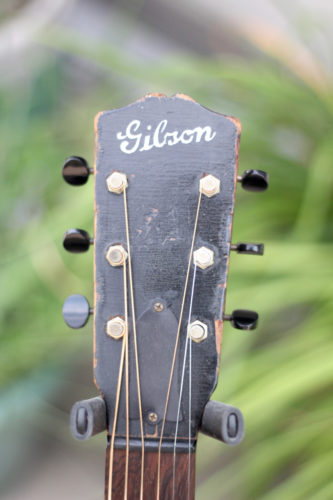