Martin’s 2-17 is a peculiar beast. The 17 model designation dates back to 1874, although back then the 17 style was a very plain rosewood and spruce guitar. The 2 body size first appears in price lists in 1852, and for its time it was actually a fairly large guitar. (Martin made six guitars that were smaller.) This all-mahogany version first appears in price lists in 1922 and, rather oddly for a guitar with such an antique vibe, it was the first non-Hawaiian Martin built that came braced for steel strings without being special ordered. The 2-17 was an inexpensive guitar, it originally sold for $25, and in its day it was a popular little beast. In 1925 Martin made 600 of them and the following year they more than doubled production to 1300.

This example was made in 1930, during the early days of the Great Depression. By 1929 the price of the 2-17 had gone up to $32.50 but in 1930 Martin simplified the design by removing the rosewood binding around the top and dropping the price back down to $25. (For a few months Martin referred to this new version as the #25 before going back to calling it a 2-17.) This particular 2-17 looks to be in great shape, with almost no finish wear on the top or back. If you look at the sides, though, you’ll notice two oblong patches on opposite sides of the upper bout. According to the last owner, at some point in its past this little beauty suffered a gunshot wound that pierced both sides. The work looks like it was very well done and I suspect that it didn’t hurt the guitar’s tone at all. If you’d like to make this Martin 2-17 your own, head on over to eBay and put in bid for more than $850 by February 9. 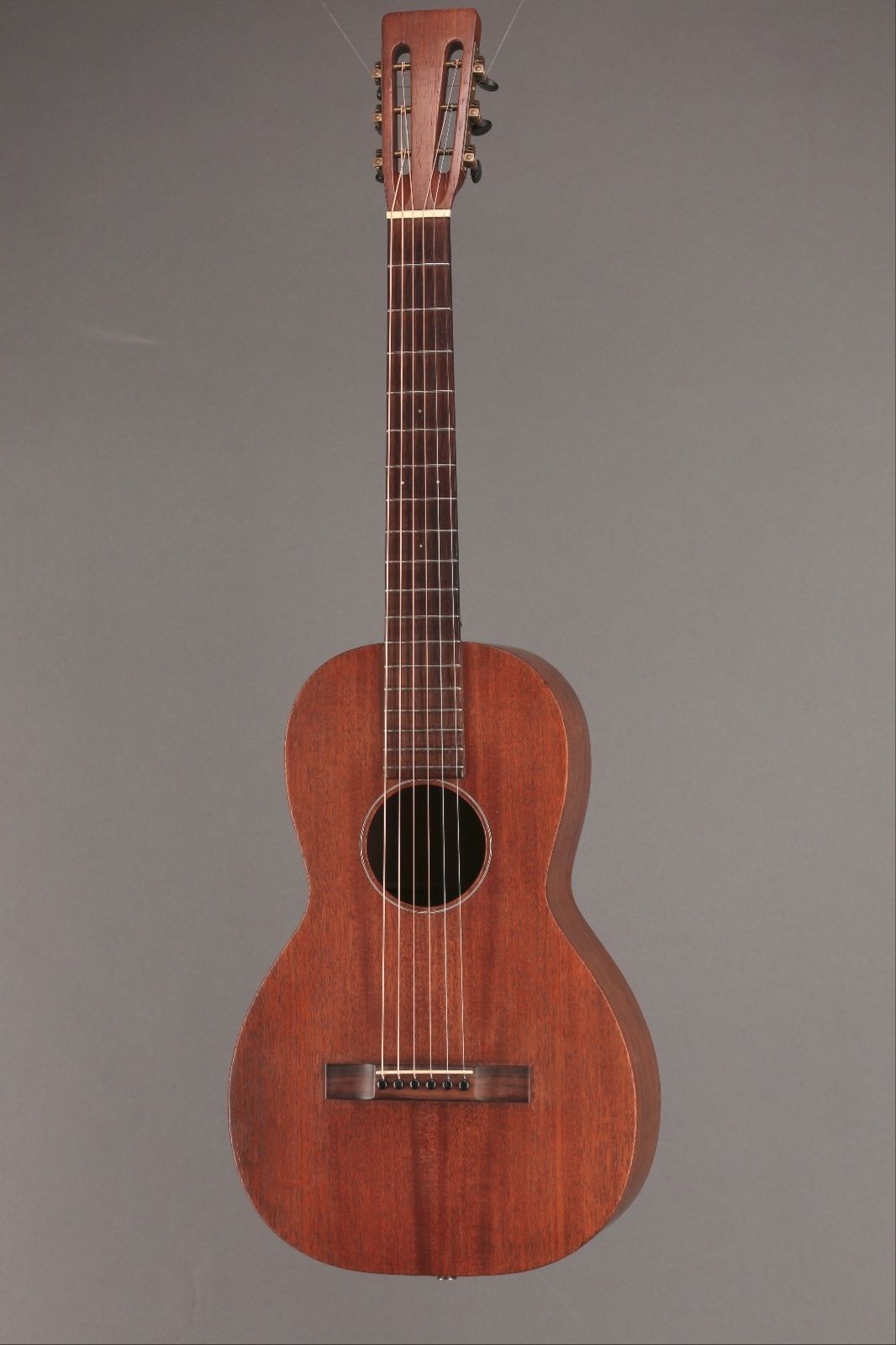 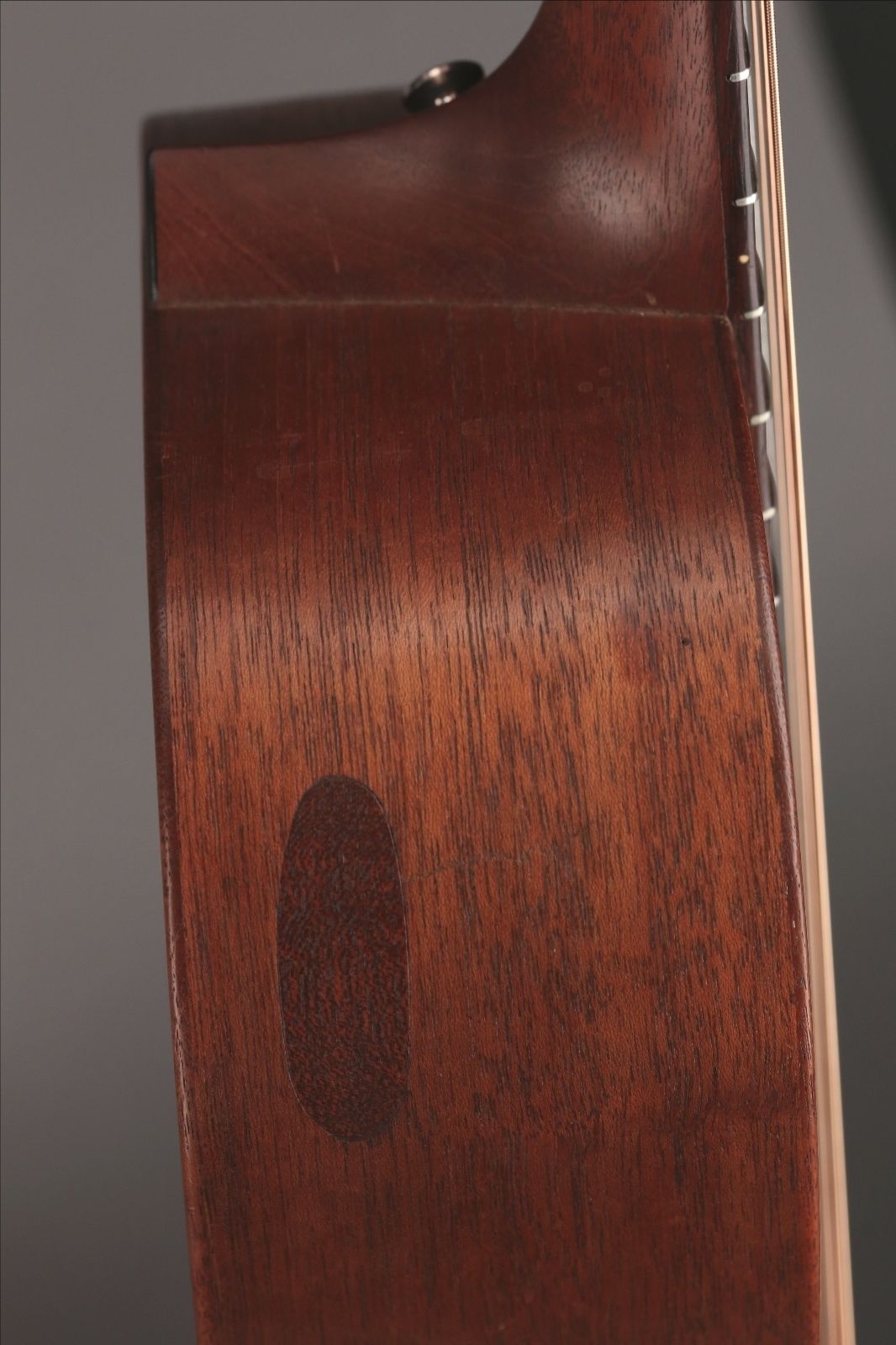 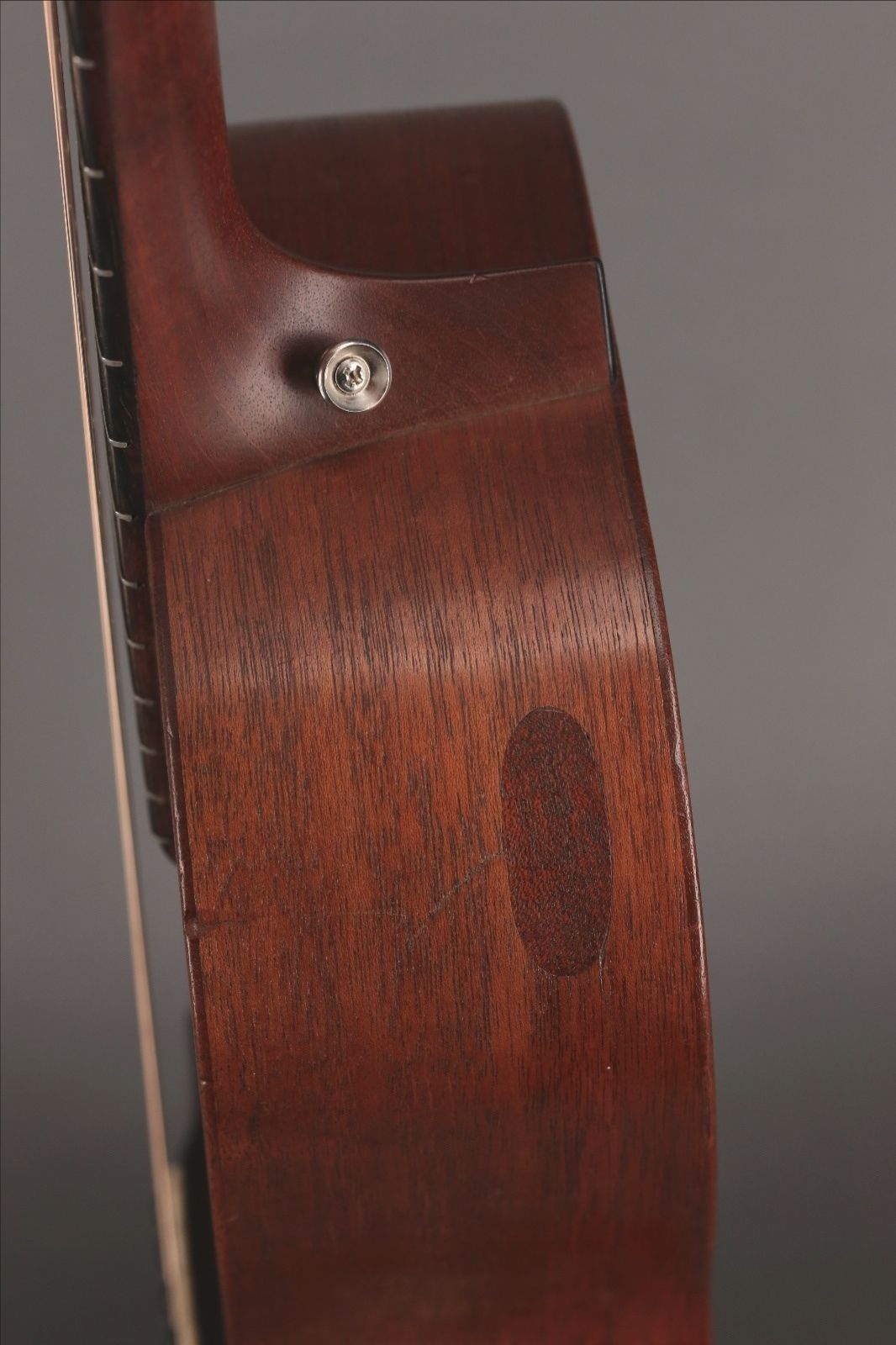 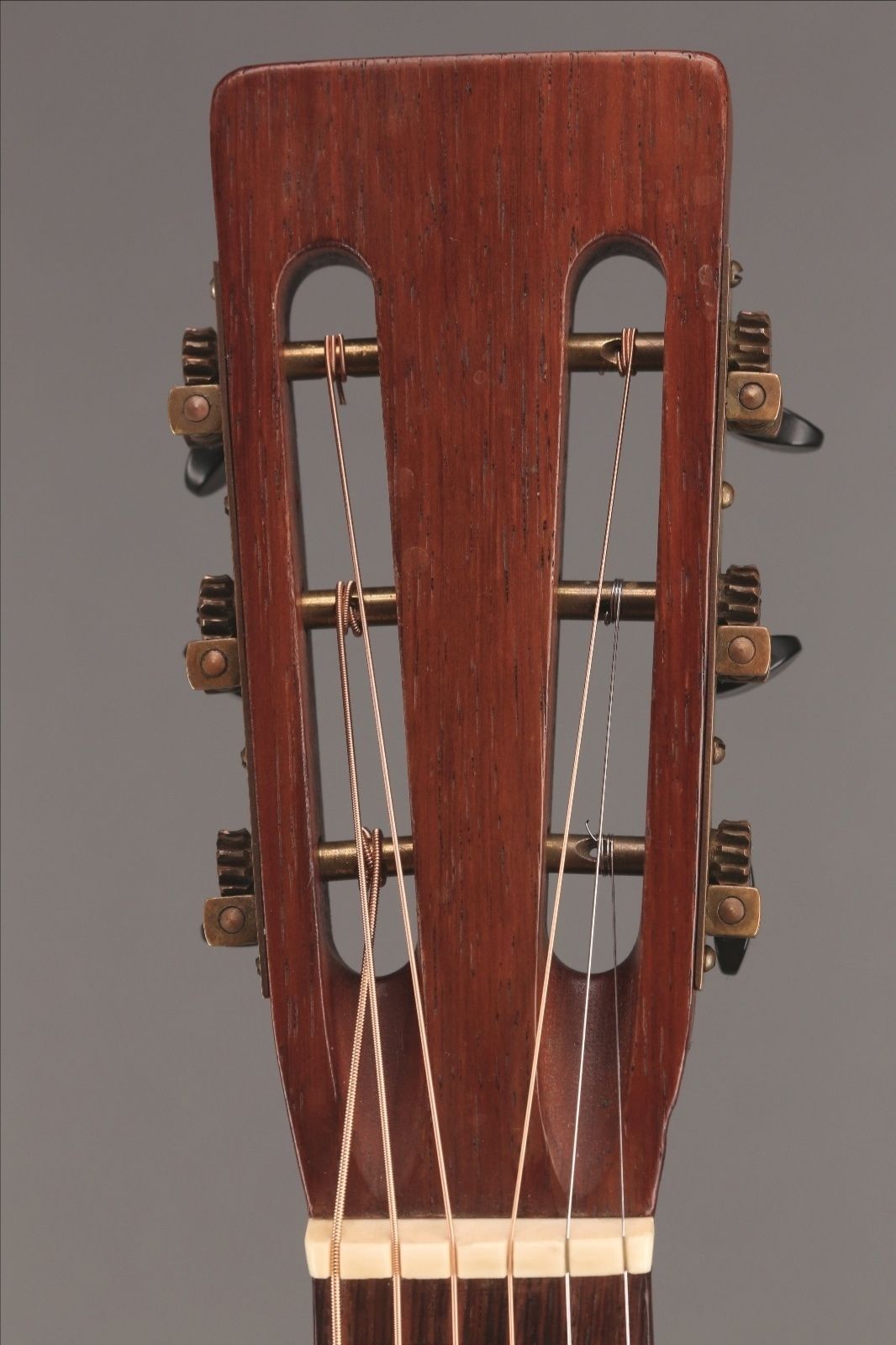