Perhaps the best thing about working at the Fretboard Journal is that our contributors don’t just write about the Guitar Life, they live it. Take Derek See, for example. In issue 28 he wrote a very cool history of the Fender Jazzmaster, a guitar that has become something of a cult object among discerning players. Between the time Derek wrote the article for us and when it went to print, he traded a couple of vintage beauties, and a pile of greenbacks, for a this lovely 1965 candy apple red example. 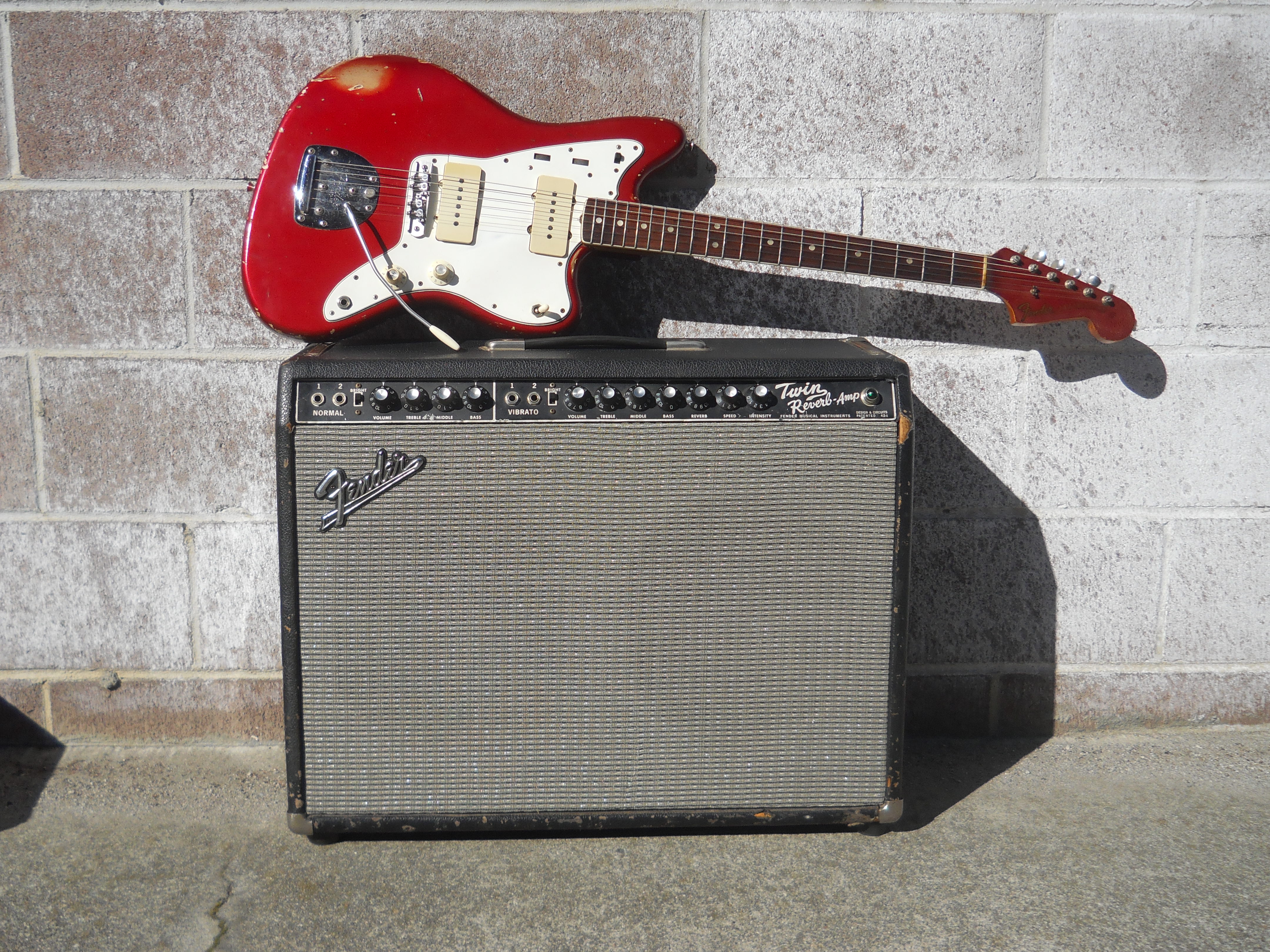 “If I had to choose just one electric six-string to play the rest of my life, it would be a Jazzmaster,” Derek says. “They sound great clean and they handle fuzzed out tones very well, too. In this photo, my new ’65 is resting on my 1966 Twin Reverb, the best sounding amp in the world. And I say that knowing that I have a vintage Vox AC-30 at home.” 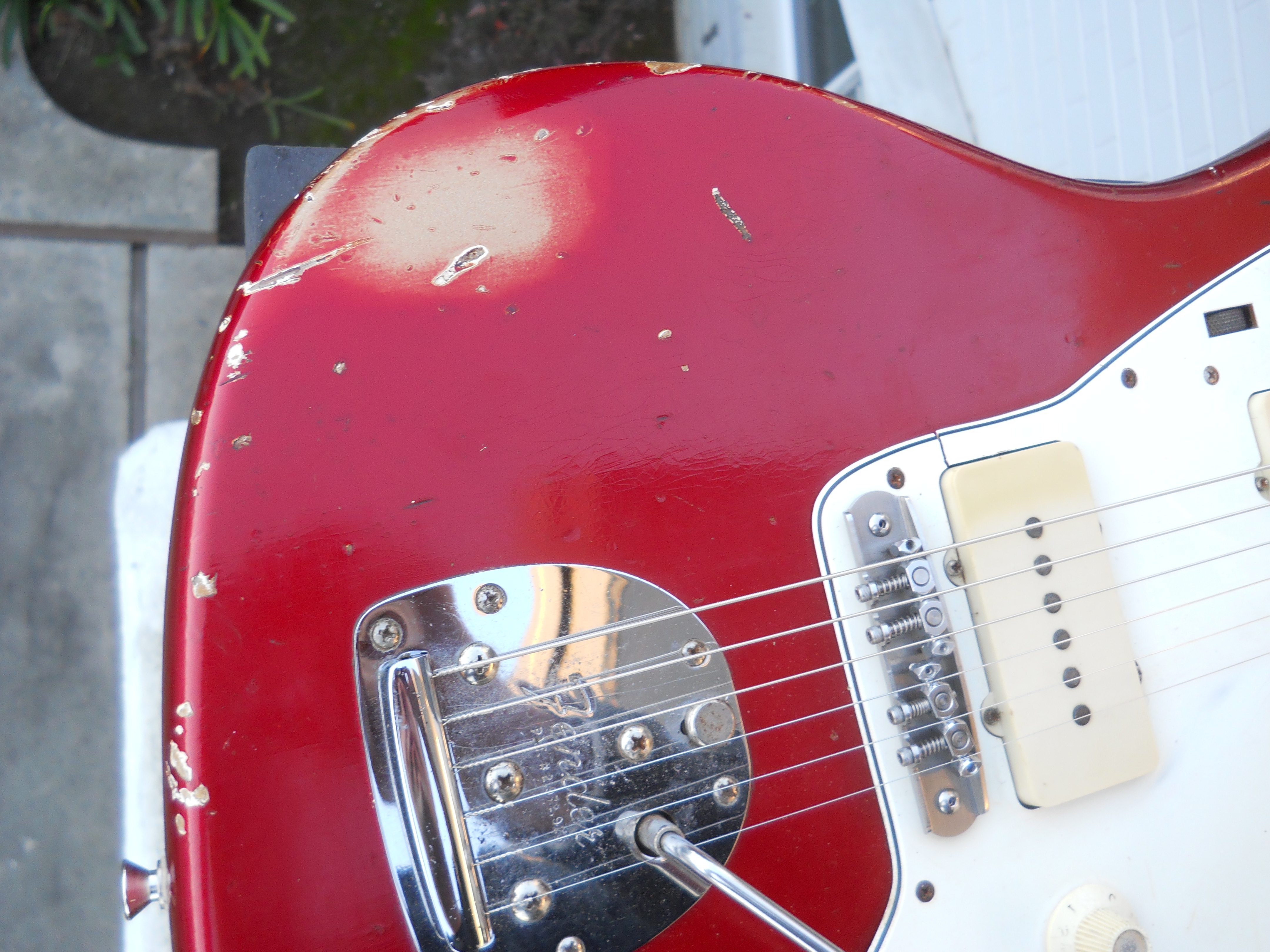 “This guitar was used but not abused,” Derek says. “The minor nicks and scuffs look beautiful in my eyes. I also love the way the red overcoat has worn away to show the gold metal flake underneath. That gold paint is what give the candy apple red its characteristic shimmer. The one thing I don’t like about Jazzmasters is the original bridge so I swapped it out for one made by Mastery. Other than that, everything is stock.” 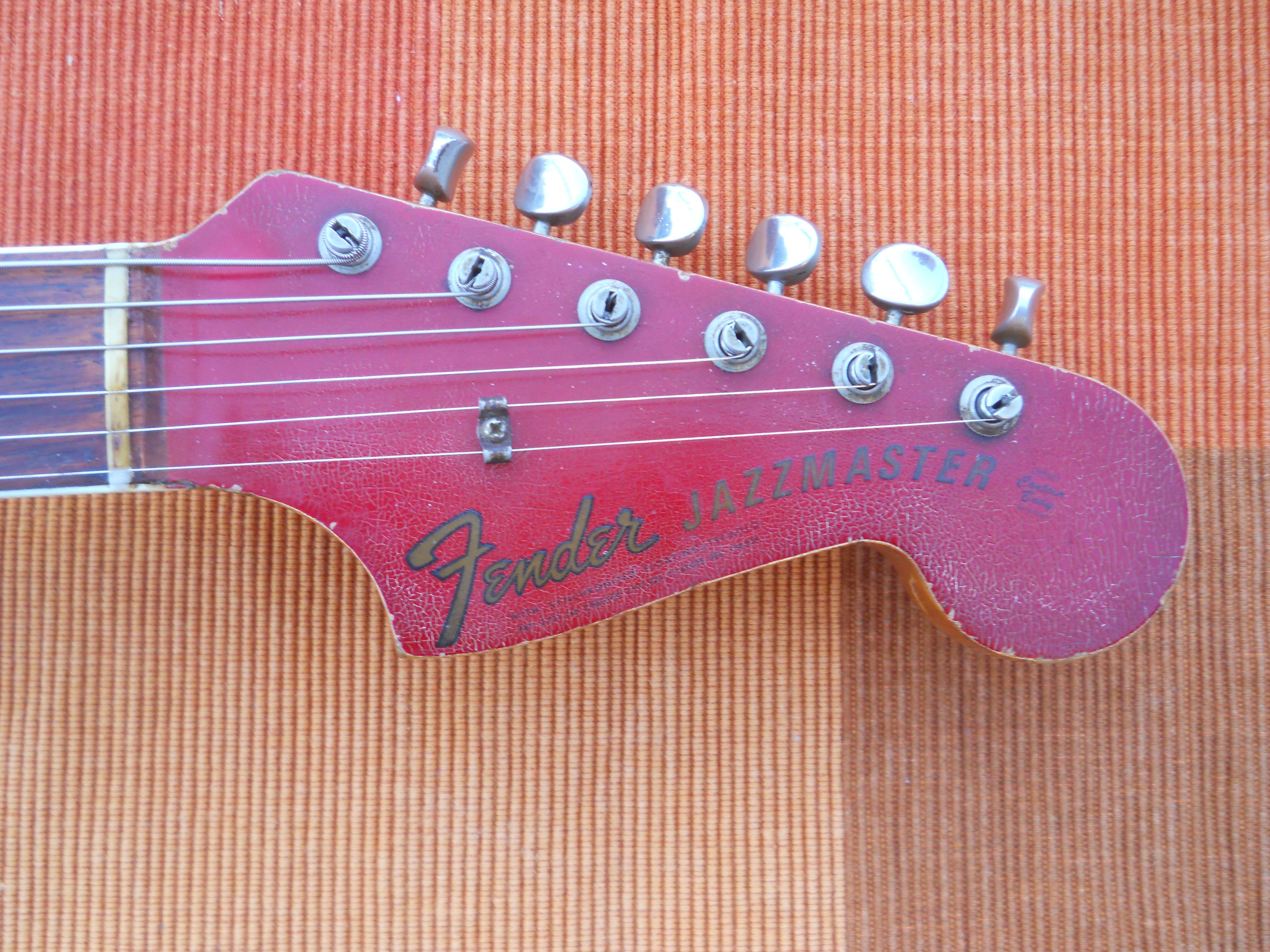 “This Jazzmaster was made in 1965 and it has a mix of pre-CBS and post-CBS things,’ Derek explains. “This is the only Jazzmaster I’ve ever seen with the small, pre-CBS headstock and the bold CBS-era Jazzmaster decal. Fender was experimenting with different decals during ’65-’67. My ’66 Jazzmaster has the older style transitional logo with the tiny Jazzmaster font and large headstock. The patina on the headstock is amazing. I’ve never seen a relic that could capture that subtle crazing.”

Sure, the guitar is lovely but what does it sound like? Here’s a clip of Derek playing his new Jazzmaster with his band, The Bang Girl Group Revue.

Okay, it sounds good distorted, how does it sound clean? Very nice, thanks for asking. 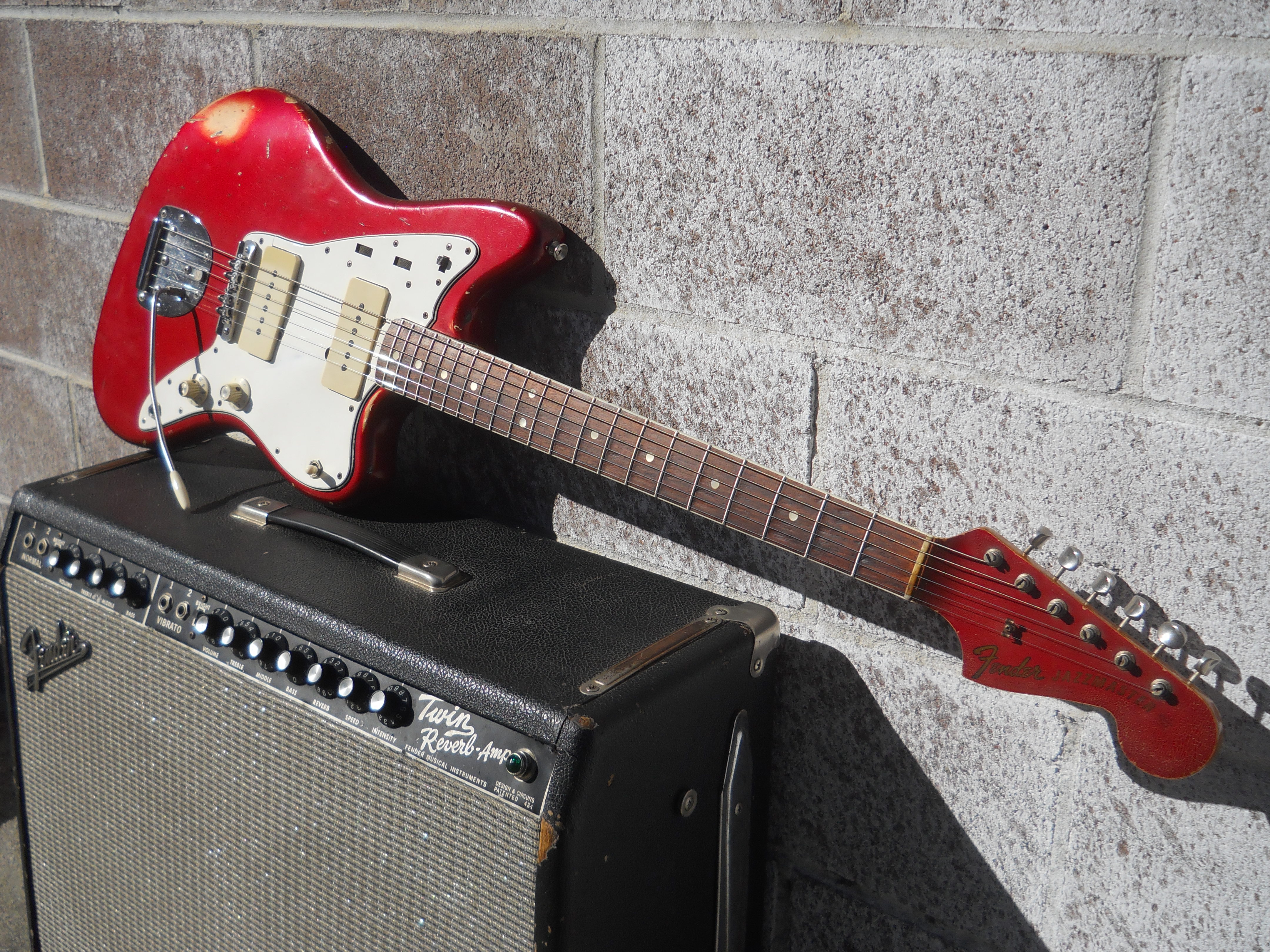