Michael Bashkin’s life took a unlikely turn when the former New Jersey resident enrolled as an Art major at the University of Montana. “Living in Western Montana, I quickly discovered the outdoors and developed a strong interest in natural resources and forest management,” Bashkin says in this 40-minute podcast interview. “I [then] switched my major to Forestry.”

Bashkin would go on to spend several years in laboratories and in the woods, researching trees and forest ecology. “It was during my master’s program that I got bitten by the guitar bug,” he says. “At some point, my thinking about the trees did shift.” Since 1998, he’s been bulding instruments full-time in Fort Collins, Colorado.

There aren’t many luthiers who have seen exotic tonewoods on the work bench and growing in tropical forests. In this candid conversation, Bashkin shares some of his thoughts on building custom guitars as well as sustainability when it comes to choosing guitar woods. “At some point, necessity is going to take hold and we’ll start looking at alternative woods,” he says.

Bashkin also discusses his latest project, designing instruments that will be made overseas for Avian Guitars. “I’m an admitted slow guitar builder,” he says. “With Avian, if I want to test out an idea, a particular style of bracing, it’s easy for me to say make 25 guitars this way and 25 another way. Then, I can get a better sense of what’s going on and capture the variation that I think is ingrained in guitars.” 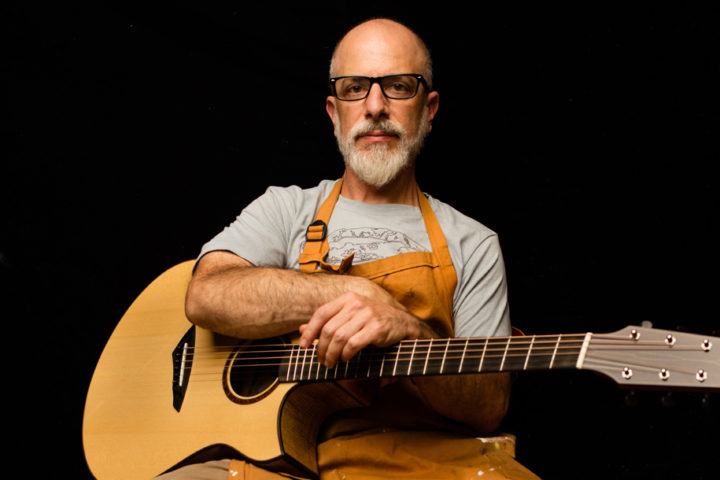