[Thanks to everyone who listened to this album. The stream preview is now over. –JV]

With each new album, guitarist Daniel Bachman further establishes himself as one of the great living fingerstyle artists. Listeners can hear shades of Fahey, Basho, Peter Lang and Jack Rose in his playing, but the 20-something from Virginia also dips into his traditional Appalachian roots, as well.

Bachman’s latest recording is entitled Jesus I’m a Sinner. The nine-song album features “Honeysuckle Reel” (which he performed for our video cameras in early 2013), “Happy One Step,” a guitar-fiddle duet featuring Sally Morgan of the Black Twig Pickers and “Variations on a Goose Chase,” where Bachman is able to showcase his exemplary banjo picking.

Jesus I’m a Sinner is now available. Order the album via Amazon here. 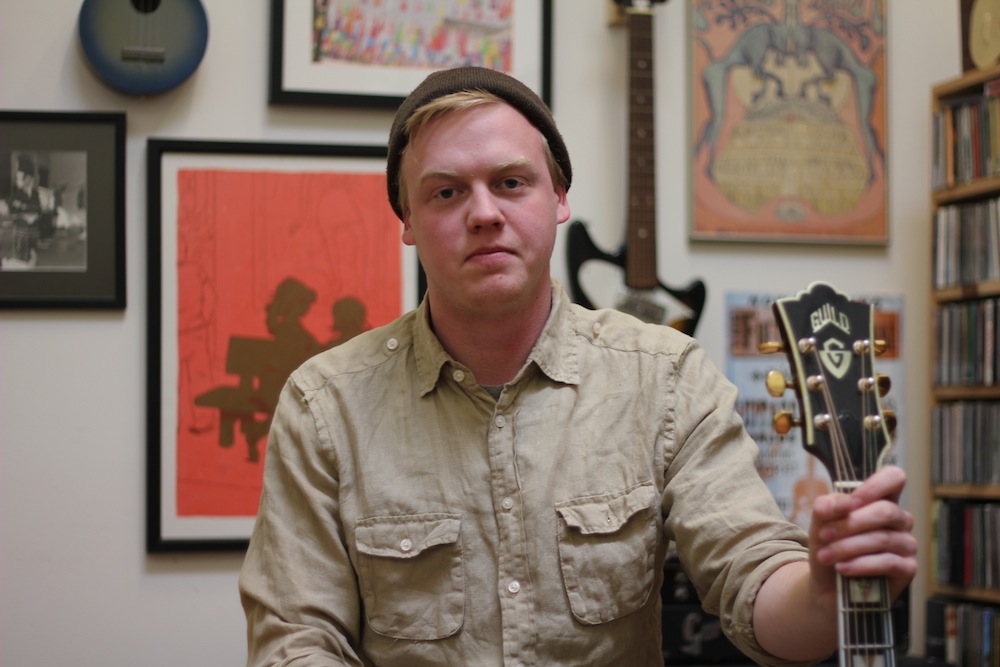 Podcast 66: Greg Leisz on Buddy Emmons and the Pedal Steel