As you’ve probably figured out, the Fretboard Journal doesn’t usually talk to musicians whose instruments lack frets. But once we stumbled upon a performance video with accordionist Sam Reider, we were hooked on his playing. In it, Reider is surrounded by some of New York’s finest instrumentalists – Grant Gordy on guitar, Alex Hargreaves on fiddle, Jake Joliff on mandolin and bass player Dave Speranza – as they blast their way through an original tune called “Swamp Dog Hobble.” The video is brimming with energy and great playing. Best of all, Reider’s accordion fits in seamlessly with the strings: It doesn’t sound cheesy, nor does it sound like Django / musette throwback… it just sounds fresh and original.

With that in mind, we decided to throw caution to the wind and do our first ever interview with an accordionist.

Fretboard Journal: Is the accordion your main instrument?

Sam Reider: I’m also a pianist, although over the last few years the accordion has become my main thing. It’s just one of those funny things that I got into about eight years ago. I never thought I was going to play the accordion. I grew up playing piano, first classical and then jazz. I came to New York City for college and I was touring as a jazz pianist. I even did this program on NPR called Marian McPartland’s Piano Jazz when I was 18. I was very gung ho about jazz.

After that, when I turned 20 or 21, I sort of lost interest in jazz and got really into bluegrass. I sing a lot and I like how bluegrass combines improvisation and singing. I started transcribing fiddle tunes and trying to figure out how I could make the piano part of that music. But it didn’t work that well. A piano is big and loud and it’s not portable. What’s so sweet to me about bluegrass music is the way the musicians move around the microphone… you can take it anywhere.

So I picked up this old accordion that my teacher had given me. I had never touched it before – it had been in my basement for many years. I started playing that and trying to figure out if I could make the accordion sound like a mandolin chop, or the rhythmic stuff that a fiddle does. At that time, it was my dream to play with musicians like the ones I’m performing with now.

Over the last couple of years, all of these musicians converged in Brooklyn. Everyone is living pretty close to each other. We all play probably two, three or four times a week. We all do each other’s music. It’s a dream come true to me. We do gypsy jazz, we do bluegrass, we do Brazilian music and we sort of mix it all together.

FJ: Did you these players beforehand or did you have to introduce yourself as the accordion guy?

SR: No, it was very natural. There’s a guitarist named Justin Poindexter and a saxophonist named Eddie Barbash who are two of my oldest friends and collaborators. We got into bluegrass at about the same time. And then this bass player named Jeff Picker who has been a friend of mine for 12 years. Through them and meeting other people, we got connected with Grant and Roy and Alex and then it just sort of snowballed. Now there’s this great scene.

FJ: Think you’ll go into the studio and do a record?

SR: I’m definitely going to do more videos. It feels like it captures the live quality of the performance. It’s also really cheap to do. But in the new year, I’ll probably do some sort of album.

FJ: What kind of instrument are you playing on these videos?

SR: The instrument that I play now is an accordion from a company in Seattle, Petosa. They’ve been building me another instrument for the last year or so, too. It’s the same size – the small size –but it has a couple more bass notes and the coloring is like a Gibson sunburst. There are a few different companies making accordions, Hohner and Italian companies. I went with Petosa because the style of the instrument appealed to me. It was small and compact. Living in New York, I have to carry it on my back all of the time. Also, when I tour, I put it in the overhead of the plane. I was looking for the lightest weight but most professional-grade accordion that I could find. I talked to the guy on the phone and it helped that I could communicate with him. It was nice to have a personal relationship.

FJ: Are you finding any material that you love that won’t translate to accordion?

What I think is cool about the accordion in the context of these stringed instruments is that it sounds the best when it’s combined with the voice or the character of another instrument. There are moments when the accordion and the fiddle are playing in unison and those two sounds merge together. I think it’s an amazing tone. Or when the mandolin tremelos and I play something with the musette stop on the accordion…you get that Romantic Italian sound. I feel like it can bring string music to a new place.

To be honest, I don’t even listen to a ton of accordion music. I’ve always approached it as a blank canvas. I’m trying to write as much music as possible.

Part of the reason the accordion doesn’t have much of a presence in the American vernacular is just that there isn’t much great music written for it. A lot of the stuff that I’ve heard is either really showy or just corny or stuck in one style. I see this opportunity to liberate the instrument from that. I love that acoustic music scene; there are so many influences that people draw from. I feel like the accordion could be a part of that. 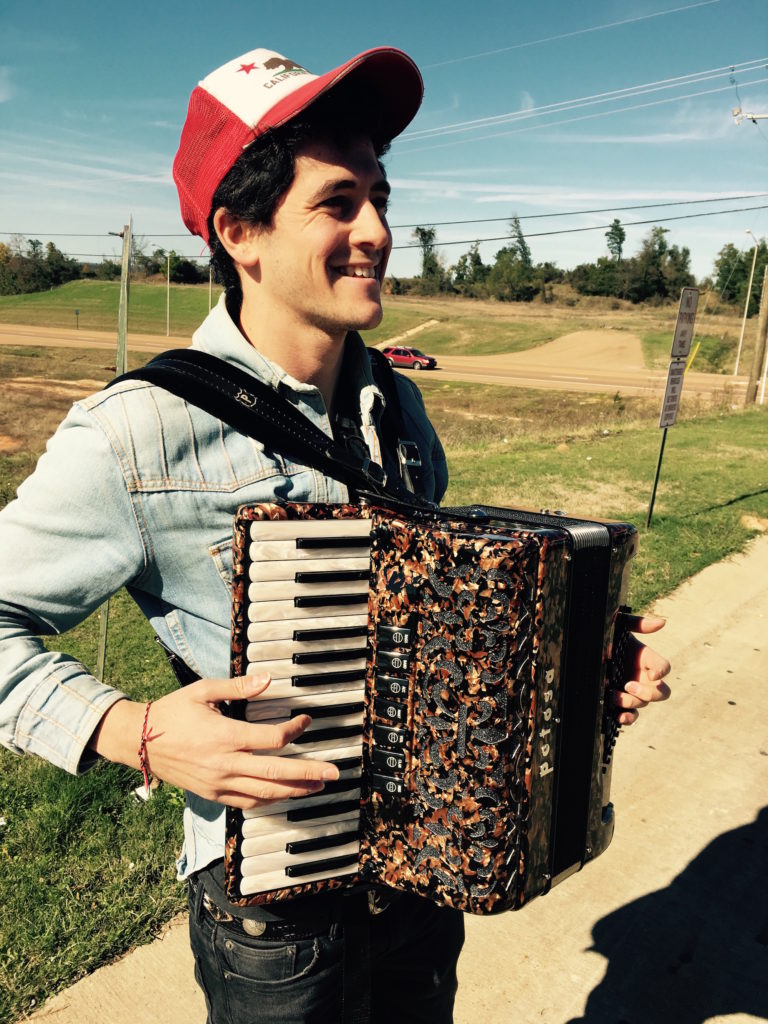 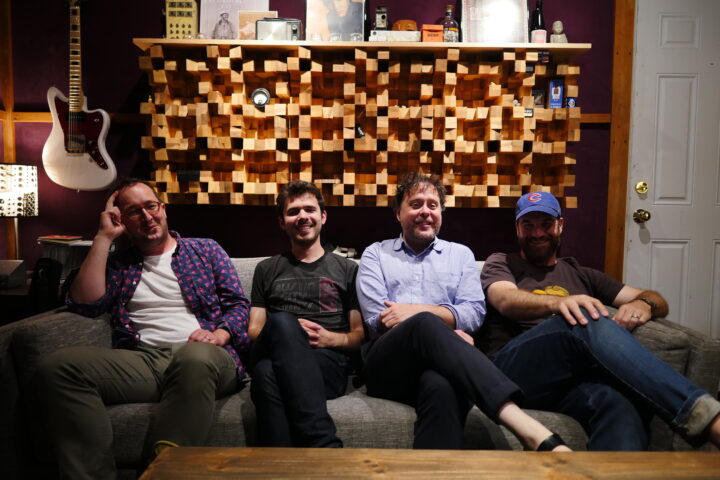 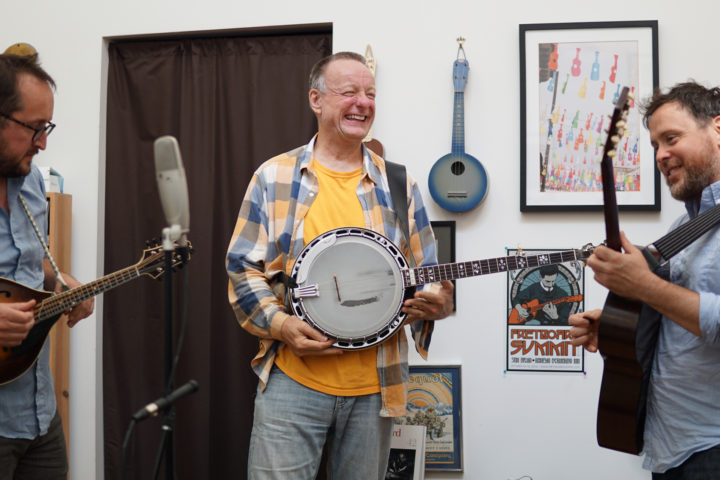