For years now, some of the most interesting vintage acoustic guitar finds have come from the unlikeliest of locations: an independent guitar store located in Guelph, Ontario… in Canada. It’s from that location that Mark Stutman operates Folkway Music, a unique store that appeals to both local players looking for high-end acoustics and legendary guitar collectors such as Ry Cooder and singer-songwriter Joe Henry.

We talked to Stutman as he was about to celebrate the grand opening of his second store, in nearby Waterloo, Ontario on May 11, 2013. He tells us how he stumbled upon being a guitar store owner and his secret for brick & mortar success.

Fretboard Journal: When did the first Folkway open?

Mark Stutman: Folkway opened in ’99 with this store here in Guelph [Ontario, Canada]. And it didn’t open at all resembling what it is now. I had finished university and I had learned how to build guitars under the tutelage of Sergei de Jonge up here in Canada.

I decided that I was going to open a high-end, left-handed guitar building business. I was going to build expensive left-handed guitars so that people who were left-handed that wanted an instrument could try one out without needing to custom order a guitar that they had never seen before. And that comes from my own personal experience of being a teenager and working all summer to buy an expensive left-handed acoustic and getting it and paying for it in full before I played it and … hating that guitar. And it stayed with me. I couldn’t find the right guitar.

Anyway, that was my ambition and I opened this place called Folkway Music after not being able to find work as a guitar repair guy, a builder, an apprenticeship or anything.  So I said I’m just going to make my own shop. I opened up this place and it was just me and a bunch of tools and some wood and my benches. At first, I actually had a couch in here and a coffee machine. I had some sort of tables and chairs for people to come and hang out; there was art on the walls.

It morphed into a guitar store as I fixed more and more guitars and discovered I could find guitars, fix and sell them. And then people would come in to get their guitars repaired and it would cost too much and they wouldn’t want the guitar, so I would just buy it and fix it and have a guitar to sell. About two years in, I had a half-a-dozen guitars on the wall and and a few people wanted to consign instruments. It was sort of growing and I hired an employee. With two of us, we got caught up on the repair work and I realized there was a demand for this used guitar thing. We got ourselves a website and started shopping, particularly on eBay when you could still get a good deal on something on eBay. And we just sort of built this business and it happened without really any rhyme or reason or plan. And now, 14 years later, we sell lots of instruments — lots of new instruments, too. We have every line of new instrument that we want.

FJ: What are those lines?

MS: We sell Martin, Taylor, Collings and Santa Cruz. And OME, Deering, National and a bunch of other, smaller lines of interesting luthier-built instruments. And then we have whatever array of vintage or used guitars, mandos and banjos we have at that time.

It’s all great but we don’t own the building that we’re in here in Guelph. I think that any business is only as good as what it’s worth and a business, particularly a music store, that is so heavily invested in skilled labor — what is this store worth if I’m not here or my skilled repair guys or sales staff aren’t here? It’s worth what the inventory is worth and they’re not too much in terms of assets, so I really wanted to own a building. I found this building in the town of Waterloo and it was the perfect space for a store like this, a dream location.

I figured out a way to buy it and decided, rather than close this store, we would open a second store. And that’s working really well. I was working there the other day and, I thought to myself, when I was a younger person, this is exactly the kind of store that I always wanted to find.

The store is a beautiful place to play music, it’s a beautiful place to be; it sounds great. And it’s all acoustic, there’s nothing electric in the store. It’s well-lit and instruments are clean and in tune and well set-up and all these novel things that you don’t really find at “Joe Big Box Guitar Store.” And it’s working really well. The town is supporting it nicely and everybody that works there is really happy. At the end of the day, you’re not burned out, you’re just happy with your day however it went.

FJ: How do you divide the inventory between stores? Do you do repairs at both? Do the stores have different vibes?

MS: They do. The Guelph store is where the repair shop is, so all of our repairs –therefore most of my time — is spent here at the Guelph store. I’m over at Waterloo a day a week, sometimes two days a week, and in the process of finishing up a repair bench over there. It’s expensive to double-up on tools, so I don’t really want to have the same kind of sophistication of a repair shop over there as we do here. If we have a bench over there that’s excellent for doing instrument set-up, nuts and saddles, fret-work, but not structural repair, then all is well-served. I can go and work there for a day and do small jobs but actually still accomplish something that makes my time be paid for over there.

Here, in Guelph, is where we’ll do our restoration work and big jobs. Guelph also still has electric instruments. We don’t sell new electrics but we do sell vintage and used electrics, so that angle is covered in this store. The Waterloo store, it’s got such a different look to it, really sort of high-end, new acoustic is well-served in that store. It’s a nice collection, particularly with the addition of Collings Guitars to the line-up. It just makes sense for that to be a predominately new instrument store, with a smattering of vintage instruments and the Guelph store to be more of the repair shop and some vintage guitars. But we move stock back and forth all the time and if the customer wants to come and try all of our Santa Cruz guitars, well, we’ll just bring them all over to one store. It’s a 25 minute drive between stores so it’s not a big deal to move inventory around for people. It works well.

FJ: Final question: So, what’s the secret to running a successful guitar store in 2013?

We don’t sell violins here — we could sell tons of them — but none of us play violin.  Sure, I can repair violins well, but it’s not what we do, so why have them? We don’t even have violin strings. The other thing is do it all a) in style, but b) with the best service you can possibly offer. That is the one thing that a bigger business can’t touch. They just can’t offer the service that a smaller business can. And that’s really where this store shines, our sales guys know a lot about guitars. They are more than just good players, they understand what makes a guitar do what it does and why this person really should look at this kind of guitar rather than say, “Oh, this is a pretty guitar, you’ll like it — it’s got a cutaway.” They understand the differences in build and construction and body size. We’re real focused. We sell acoustic instruments and we don’t sell cheap ones. That’s what works. 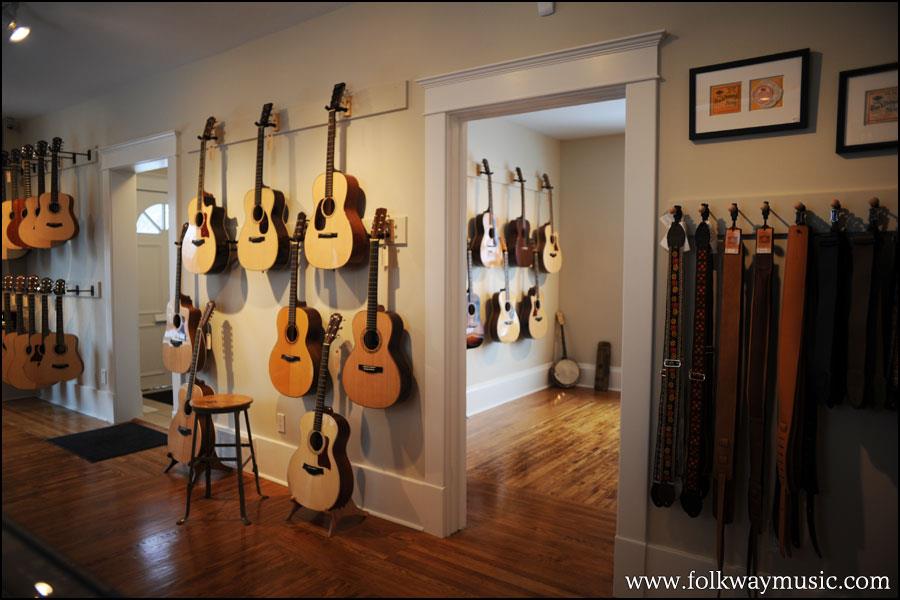 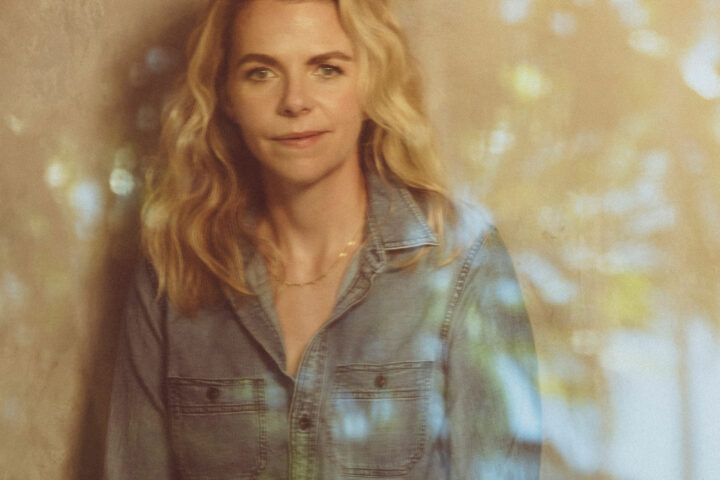