On September 24, 2011, around 50 Fretboard Journal subscribers joined FJ publisher Jason Verlinde, Artisan Guitars and Krusa Guitars for our first-ever Fretboard Feast, held just outside of Nashville. It was a memorable night filled with great music and jaw-dropping guitars.

The Feast was the brainchild of Turnbull Farms and the FJ. Together, we wanted to create an unforgettable evening for our Nashville-area readers and guitar enthusiasts. What we didn’t expect is that attendees from as far away as Ohio would turn out for the evening. Guests were treated to an amazing organic meal featuring locally sourced meats and vegetables, wines from Tennessee (who knew?), a ton of guitar chat, an intimate performance by Russ Barenberg and, of course, plenty of time to meet new friends and jam. It was guitar paradise.

Krusa had numerous guitars on display, including some of his stunning creations that were just back from the Healdsburg Guitar Festival. Our friends at Artisan Guitars brought the latest Composite Acoustics to show off: the carbon fiber guitar company has been bought by Peavey and the guitars have been completely overhauled to sound even better than ever. They are, quite simply, a perfect travel/campfire instruments.

Attendees included famed vintage guitar dealer George Gruhn, who had a new 0000-sized Martin to show off that boasted Authentic-model specs at a fraction of the price of a regular Martin Authentic. We were also very happy to see guitarist Pete Huttlinger in attendance; he told us a bit about his limited edition Collings signature model OM1 (see here for details).

All told, it was a great inaugural Fretboard Feast, an evening that at least one guest described on Facebook as “magical.” We hope to do more of these throughout the country soon. Subscribe and we’ll let you know when one is taking place near you. 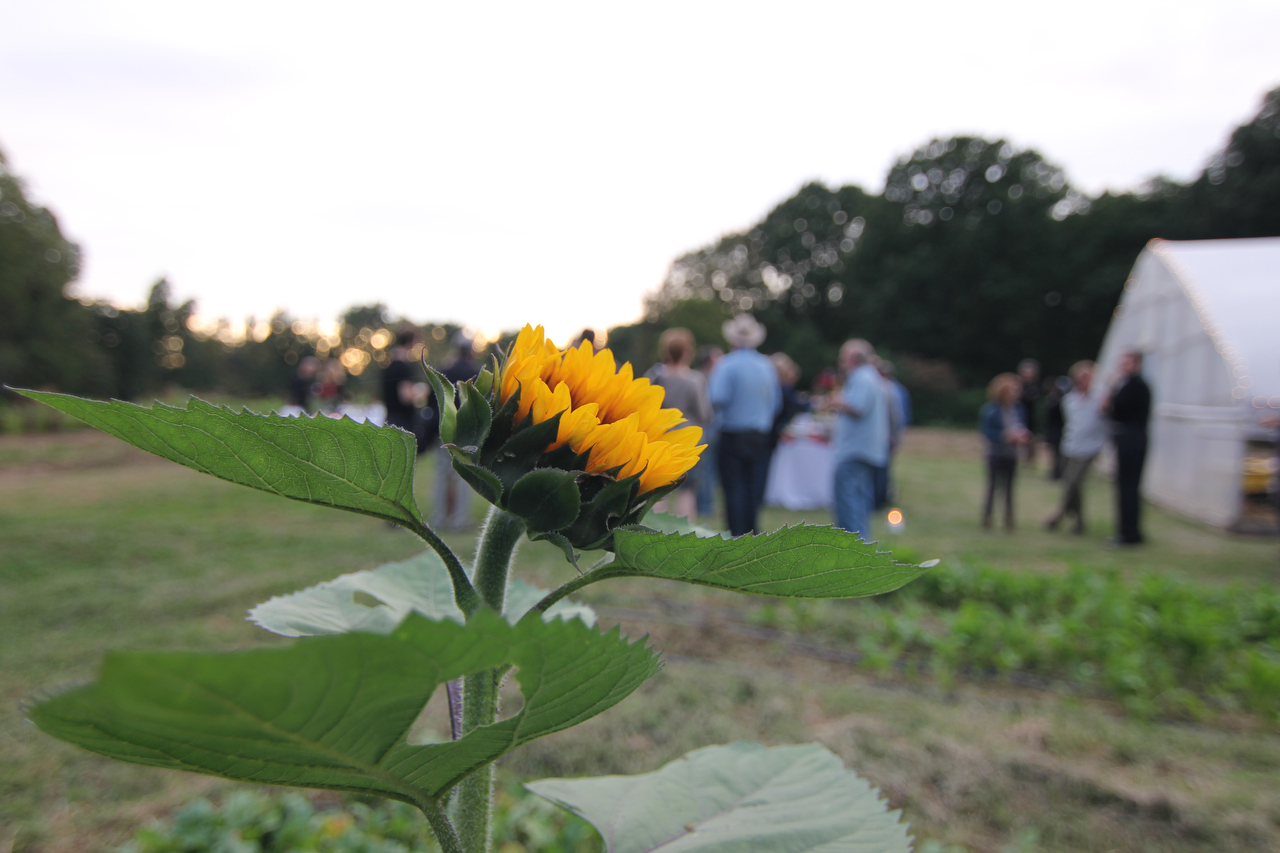 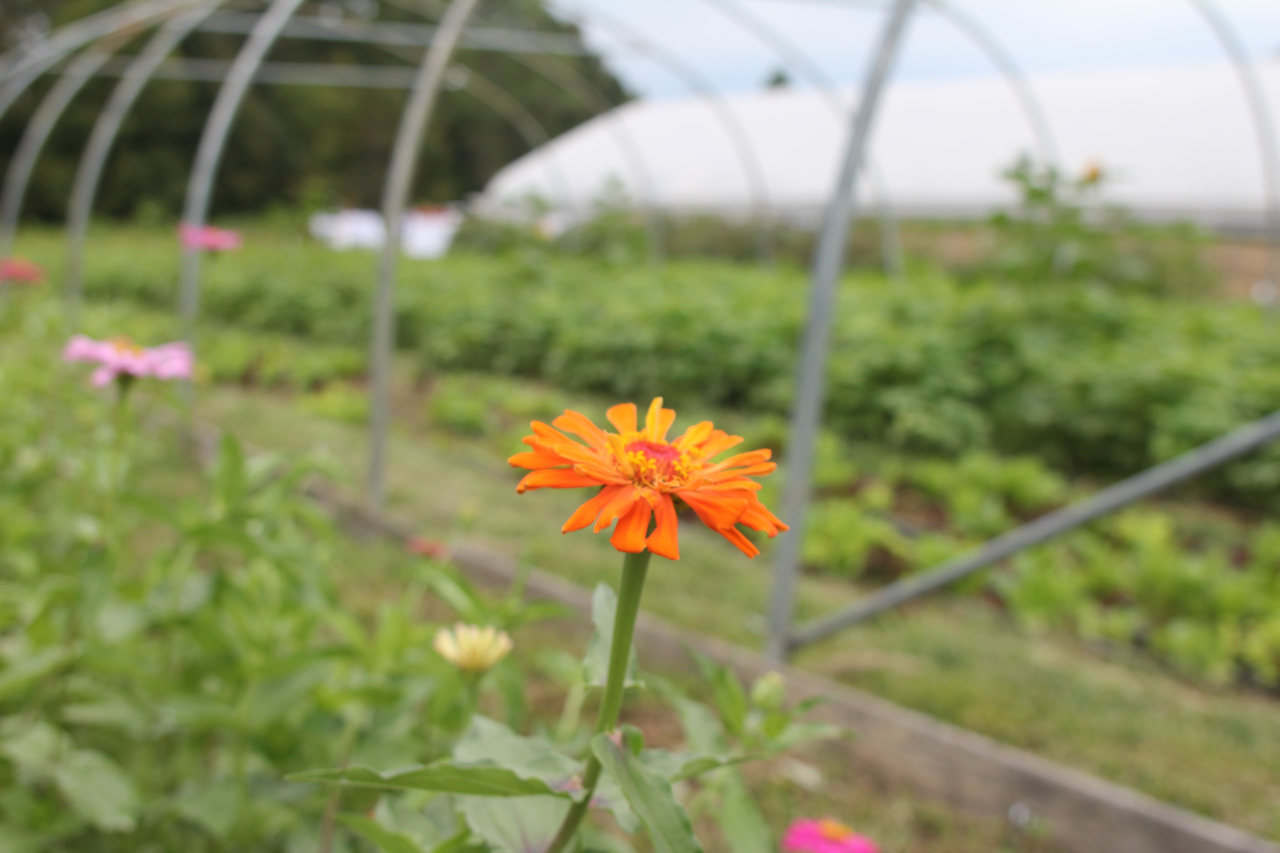 Though Fall is in the air, Turnbull Creek was in full bloom. Flowers were everywhere. 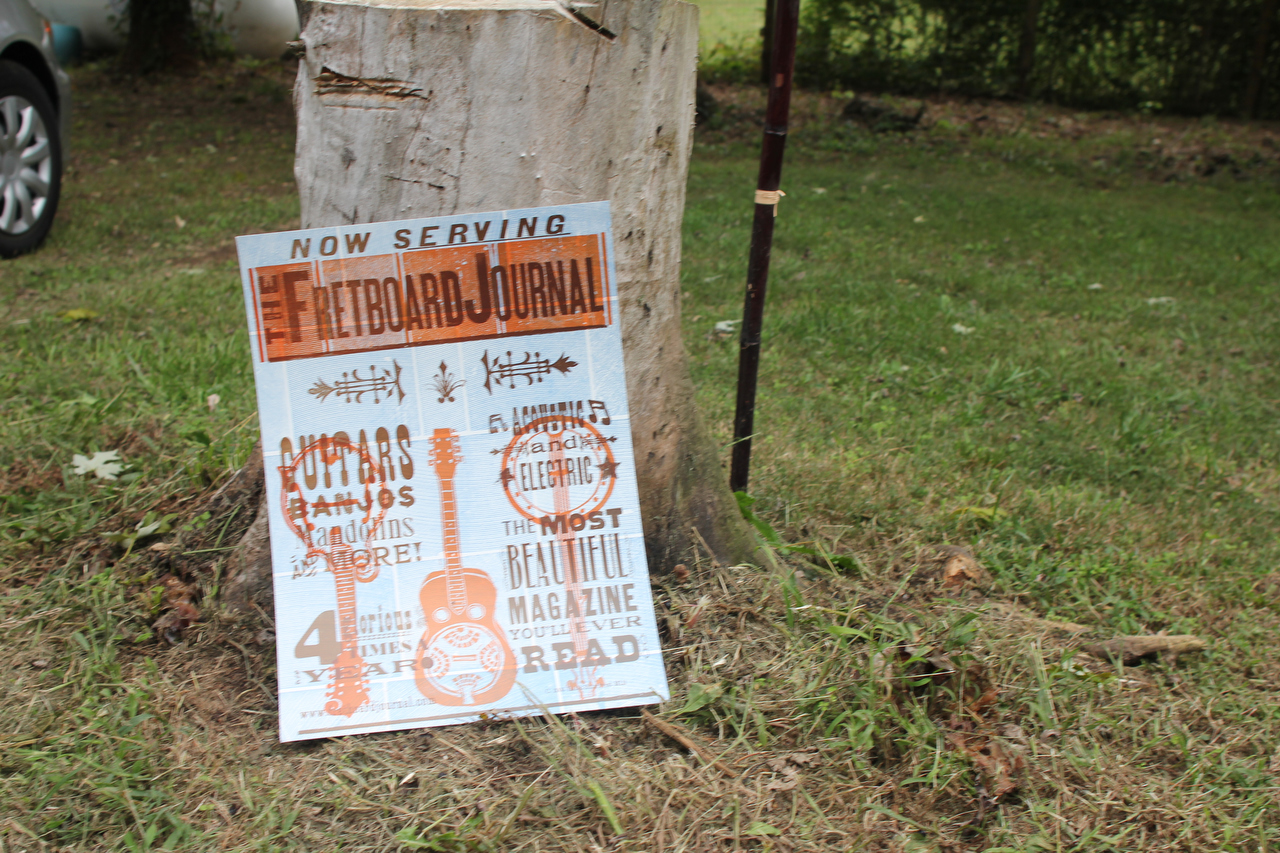 Since we were near Nashville, it was a perfect time to dust off our Hatch Show Print posters. We created these six years ago for the very first guitar stores carrying the magazine. 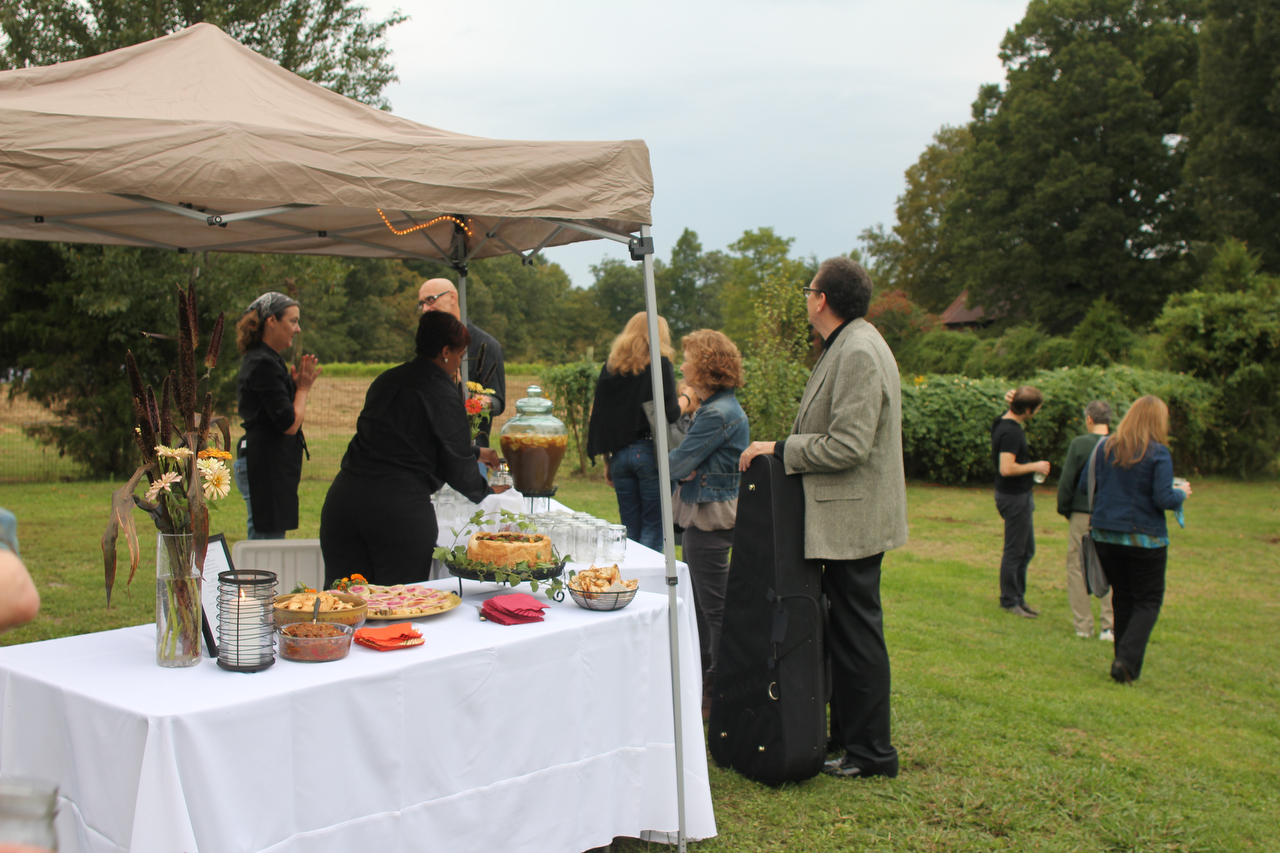 We couldn’t let the early arrivals stay thirsty: cocktails and iced tea were on hand. 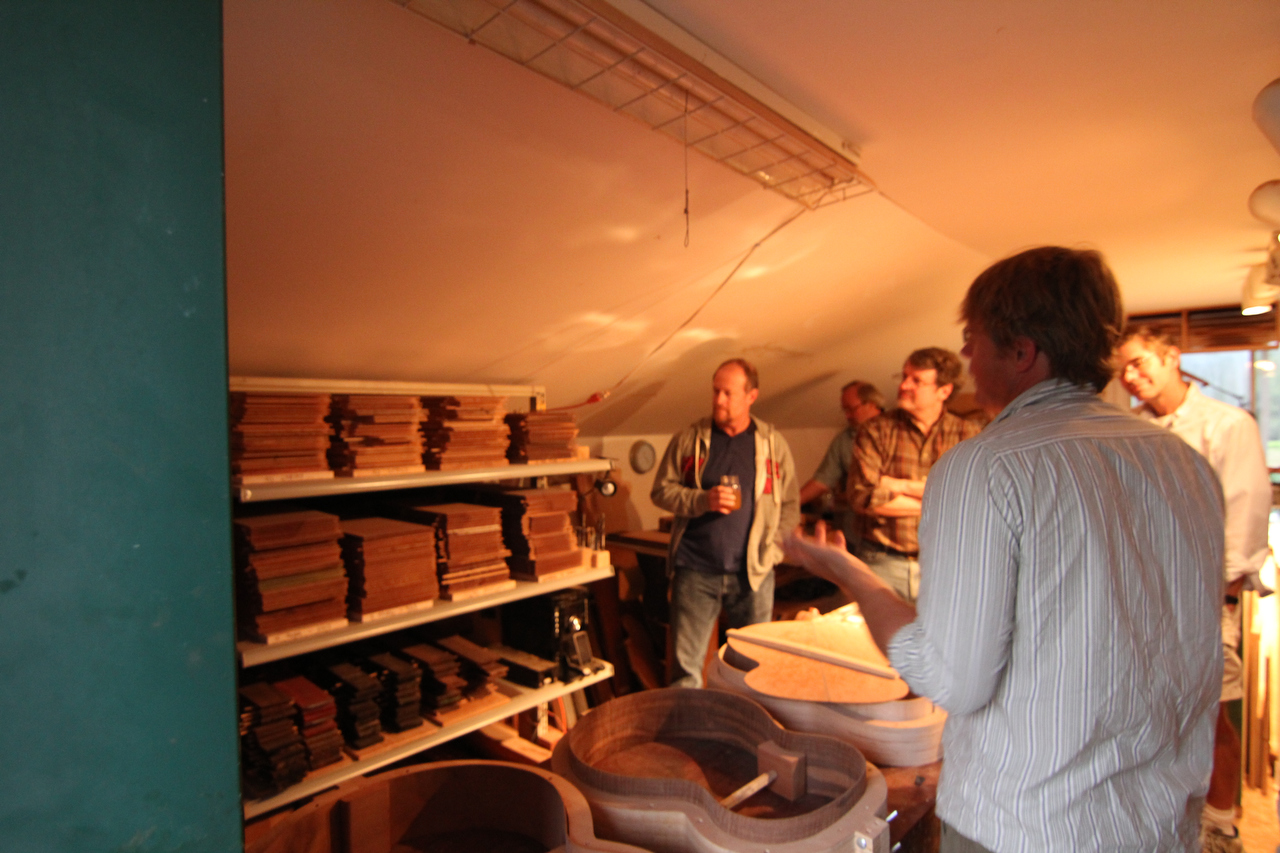 Kipp Krusa gave us a tour through his workshop before dinner. He talked about where he sources his tonewoods, the tooling he uses and his recent creations. 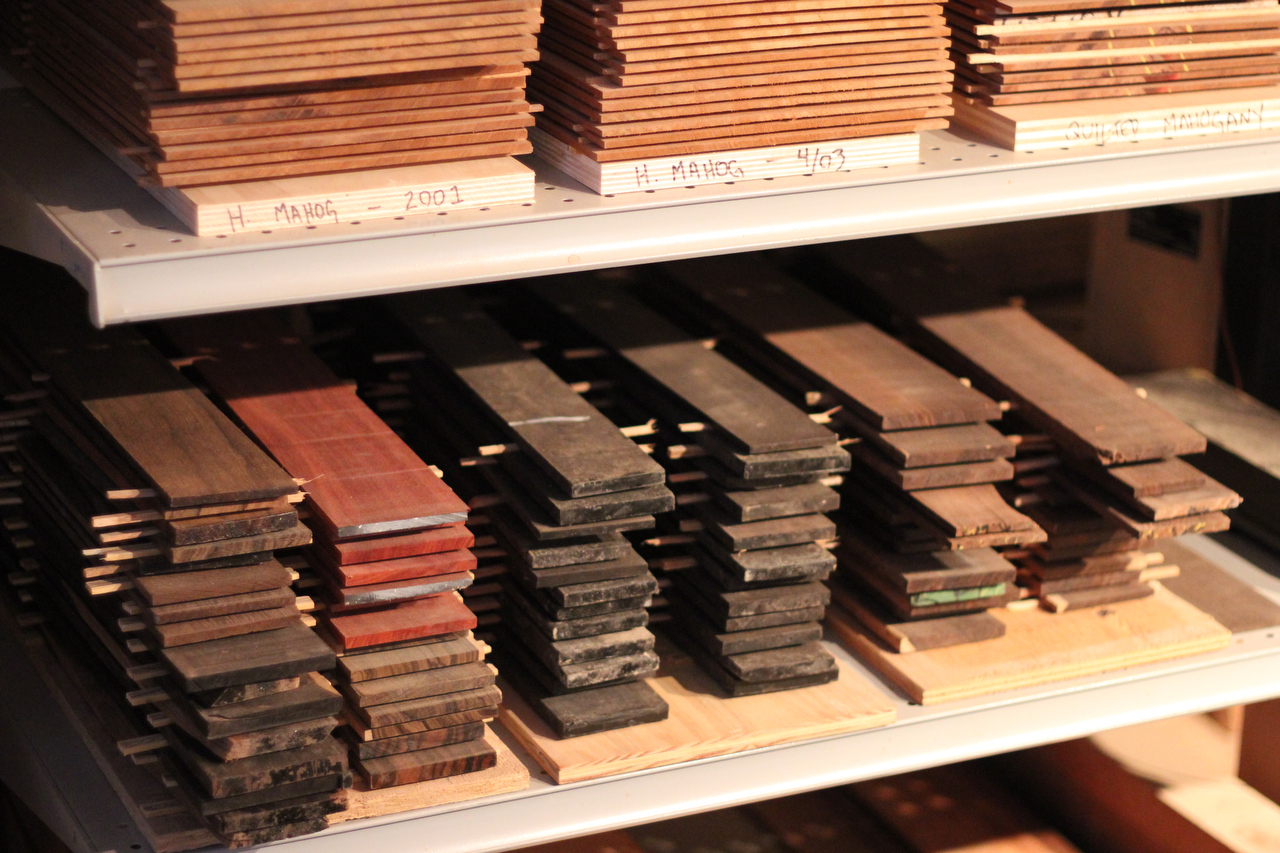 Some of Krusa’s gorgeous wood reserves. 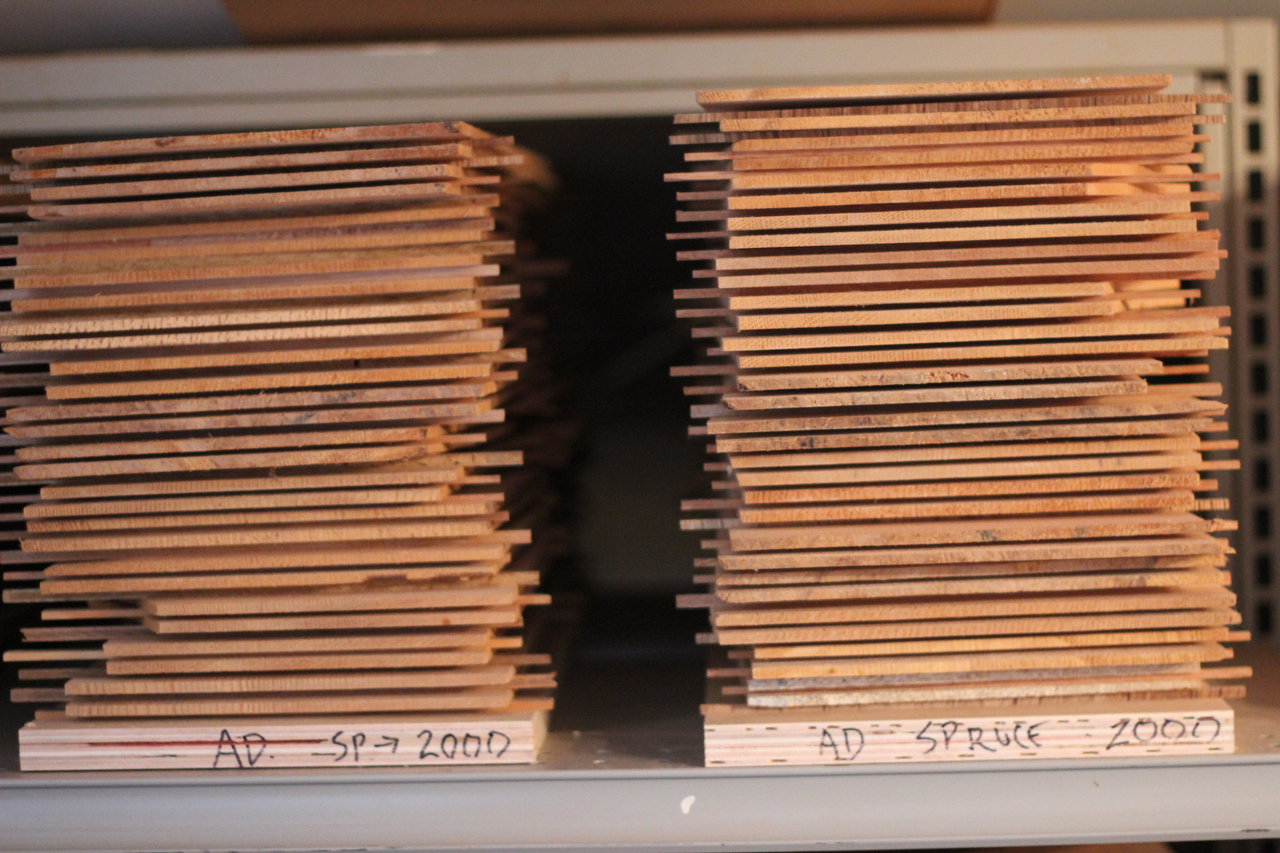 Krusa boasts an impressive assortment of guitar woods. He let’s them age for a while, too. These Adirondack tops have been drying for over a decade. 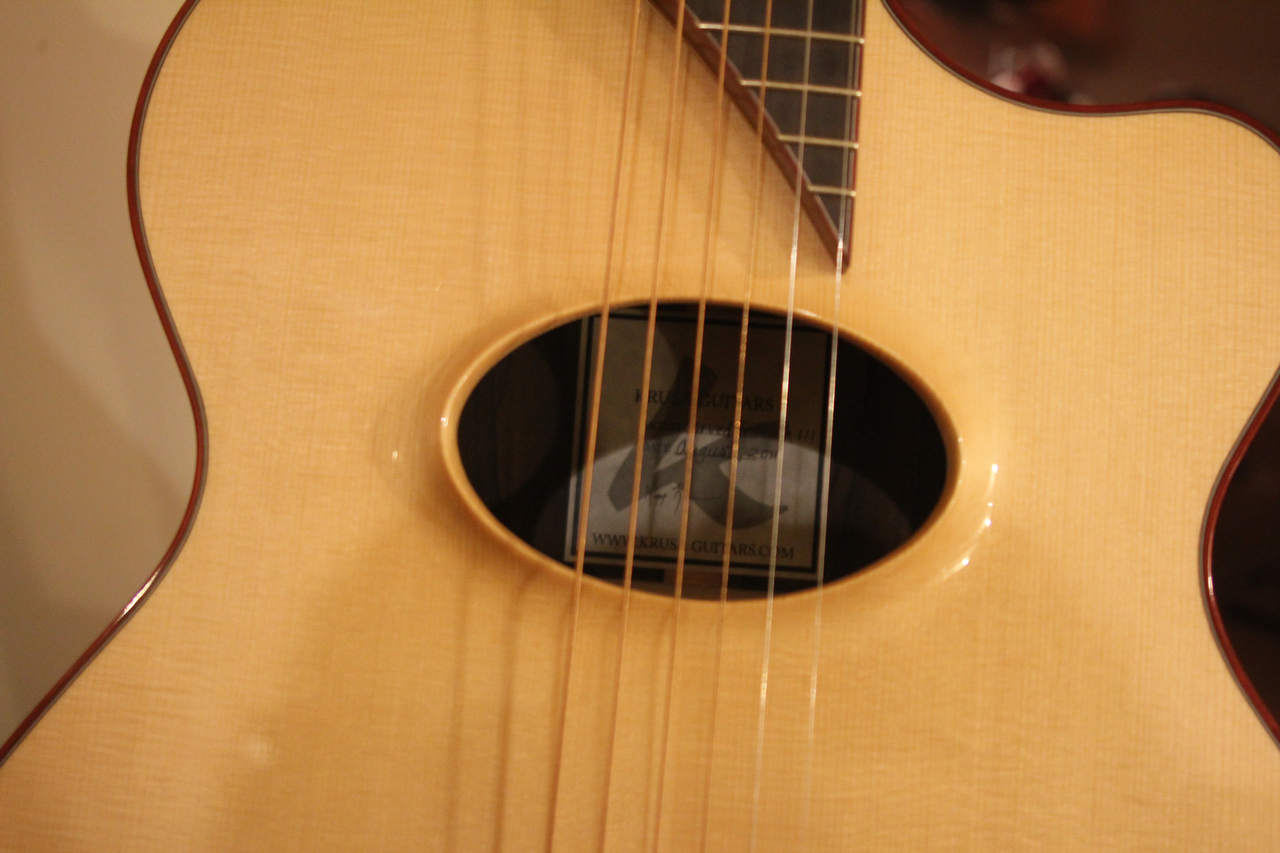 One of Krusa’s guitars up close. Gorgeous carved top instrument with an interesting lip around the soundhole. 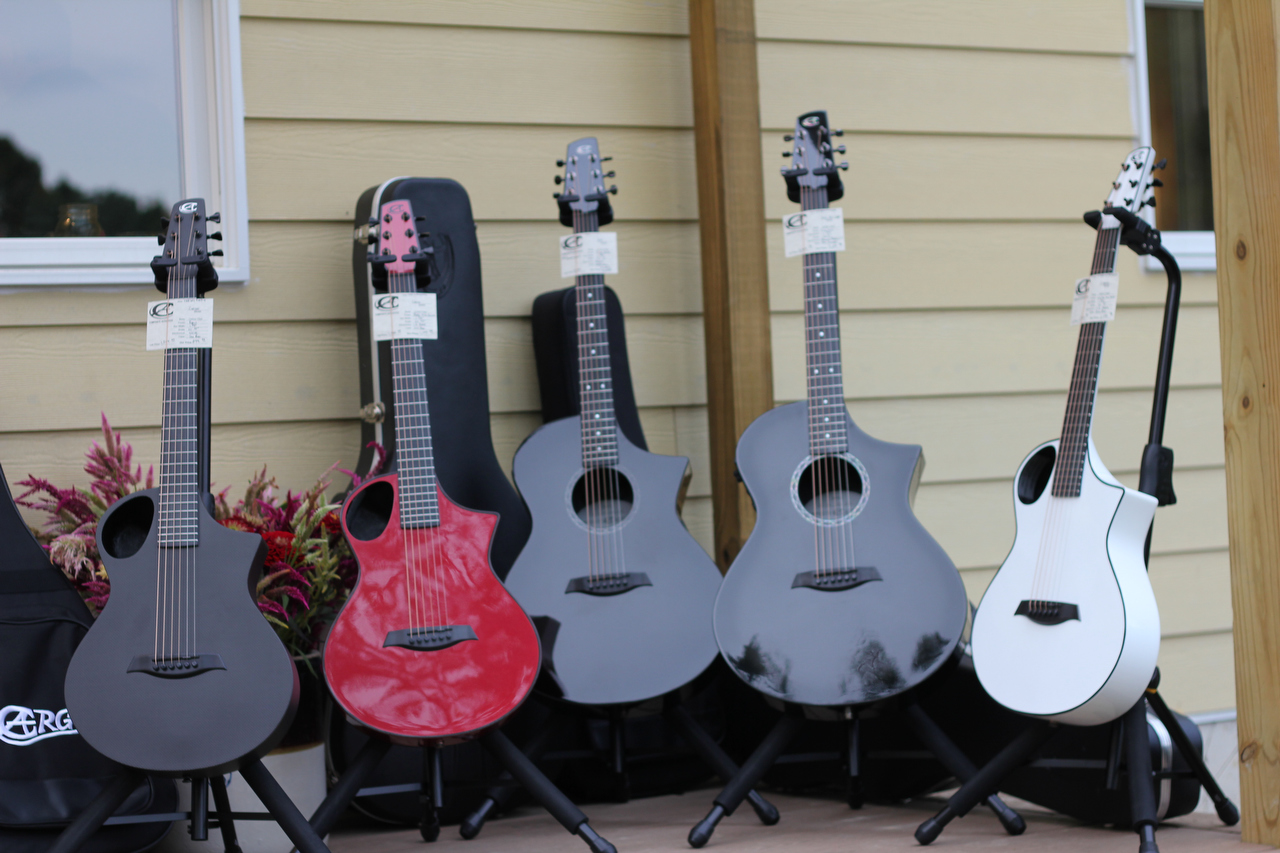 Artisan Guitars brought some of the very first Peavey-made Composite Acoustic guitars. Peavey has completely retooled these instruments and they sounded fantastic. 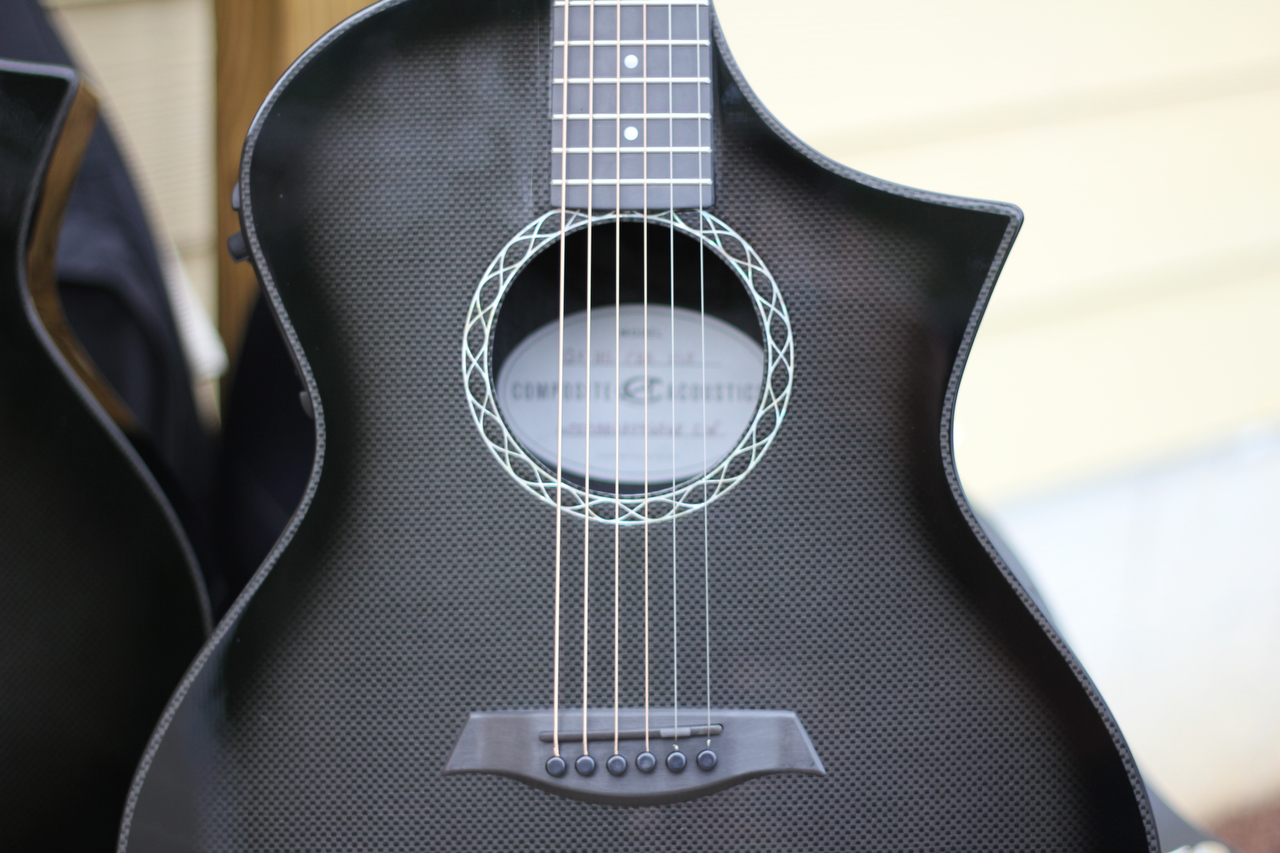 A close-up of one of the new Composite Acoustic guitars. 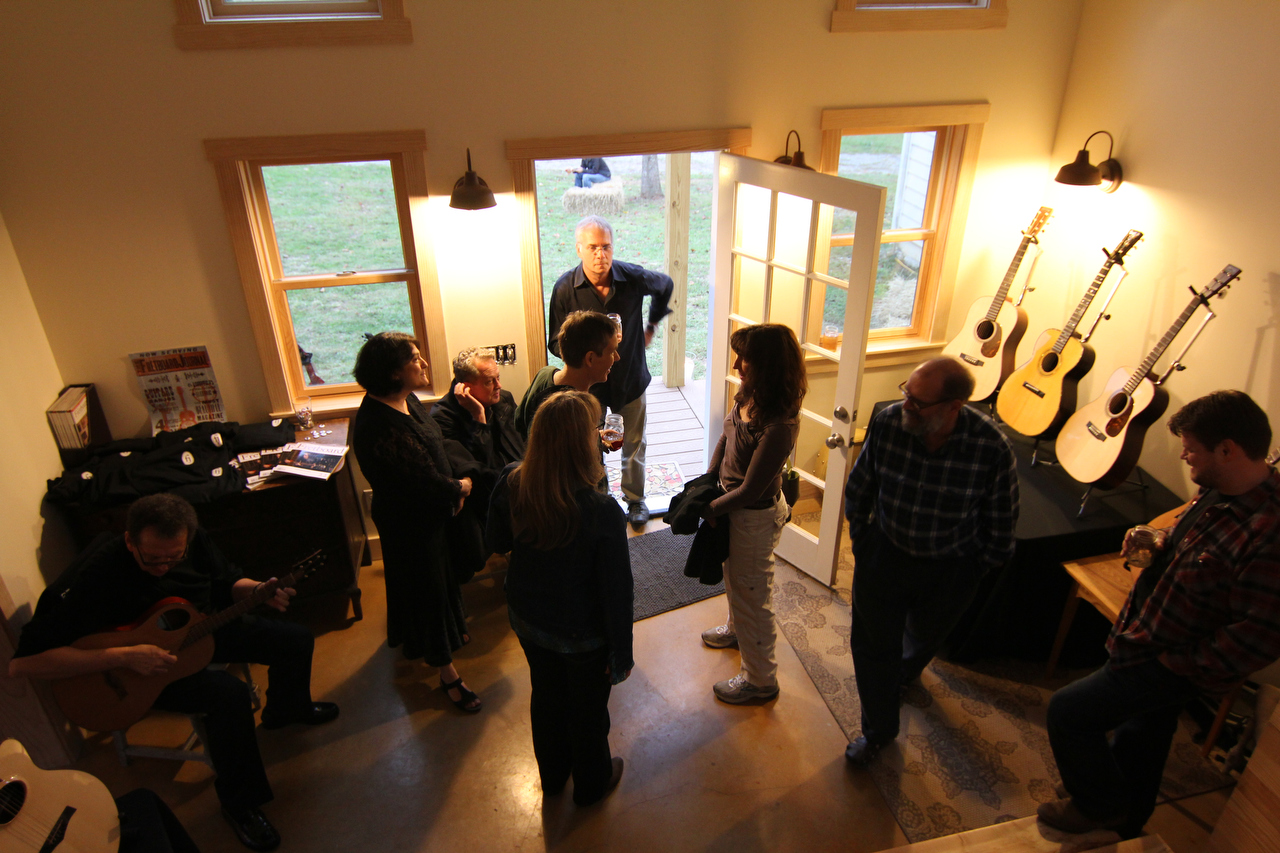 A room in the farmhouse was reserved for checking out guitars. Careful readers will spot Bill and Ellie from Artisan Guitars, Pete Huttlinger (standing center with drink) and vintage dealer George Gruhn (to the right). 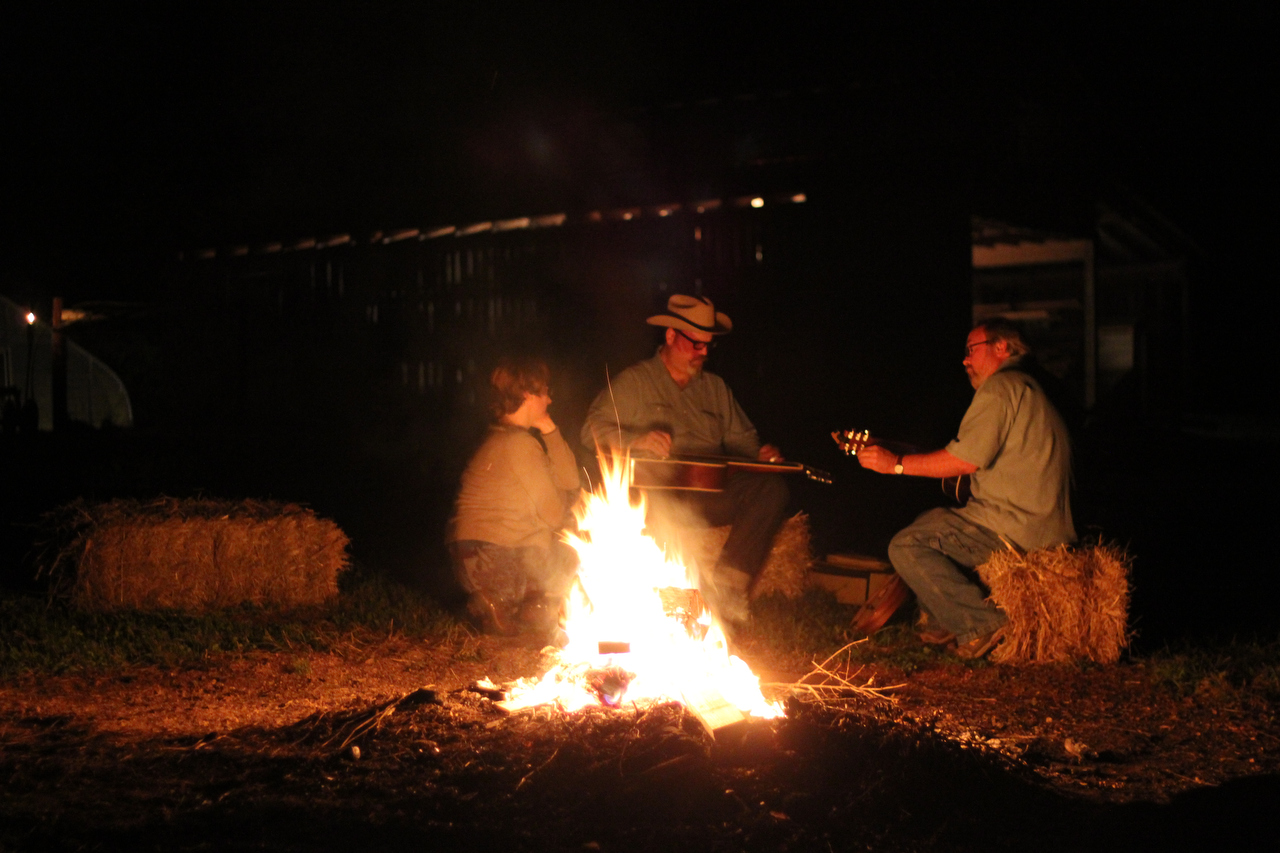 After Barenberg’s performance, picking continued in both the farmhouse and around a bonfire. It was the perfect way to wind down after a great evening of music and food. 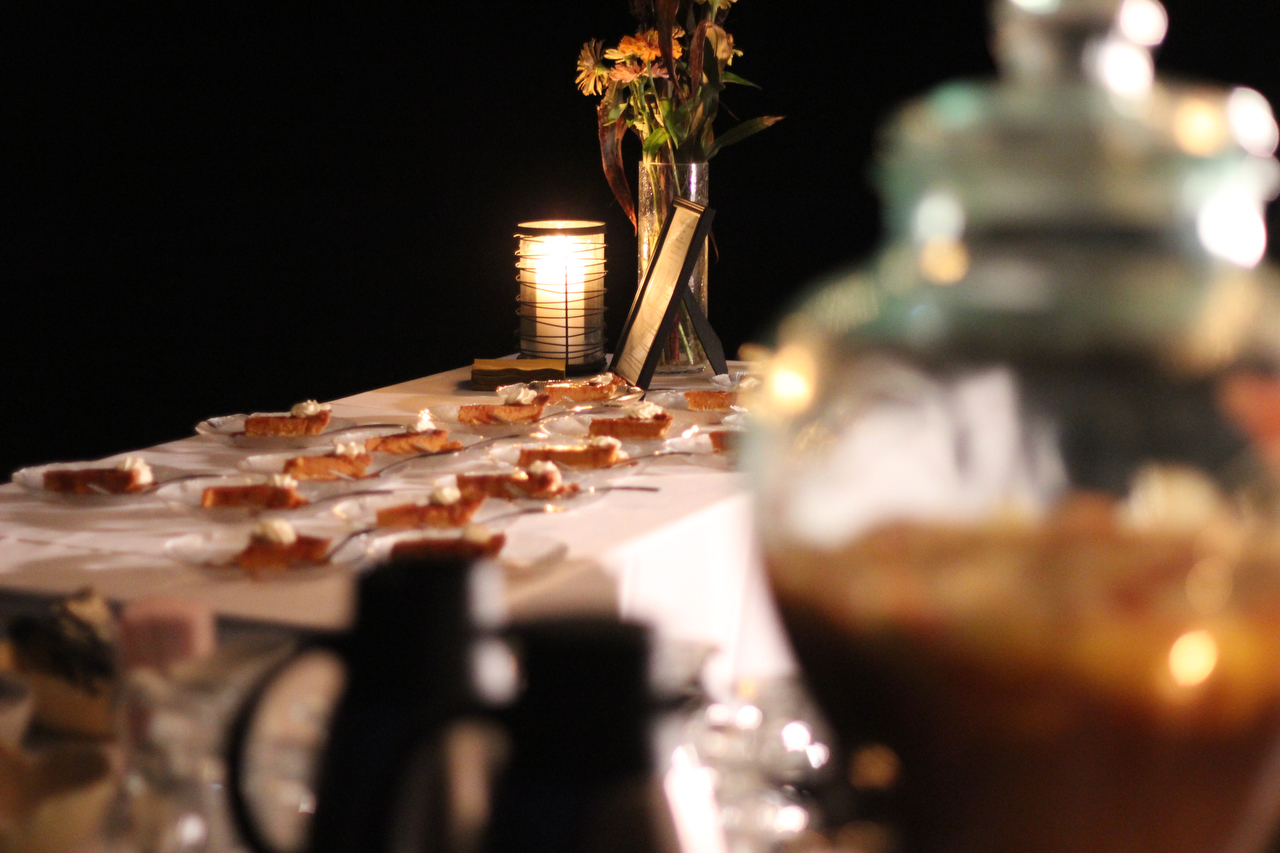 Dessert consisted of pumpkin pie and some sort of bourbon cocktail that was almost a little TOO good. 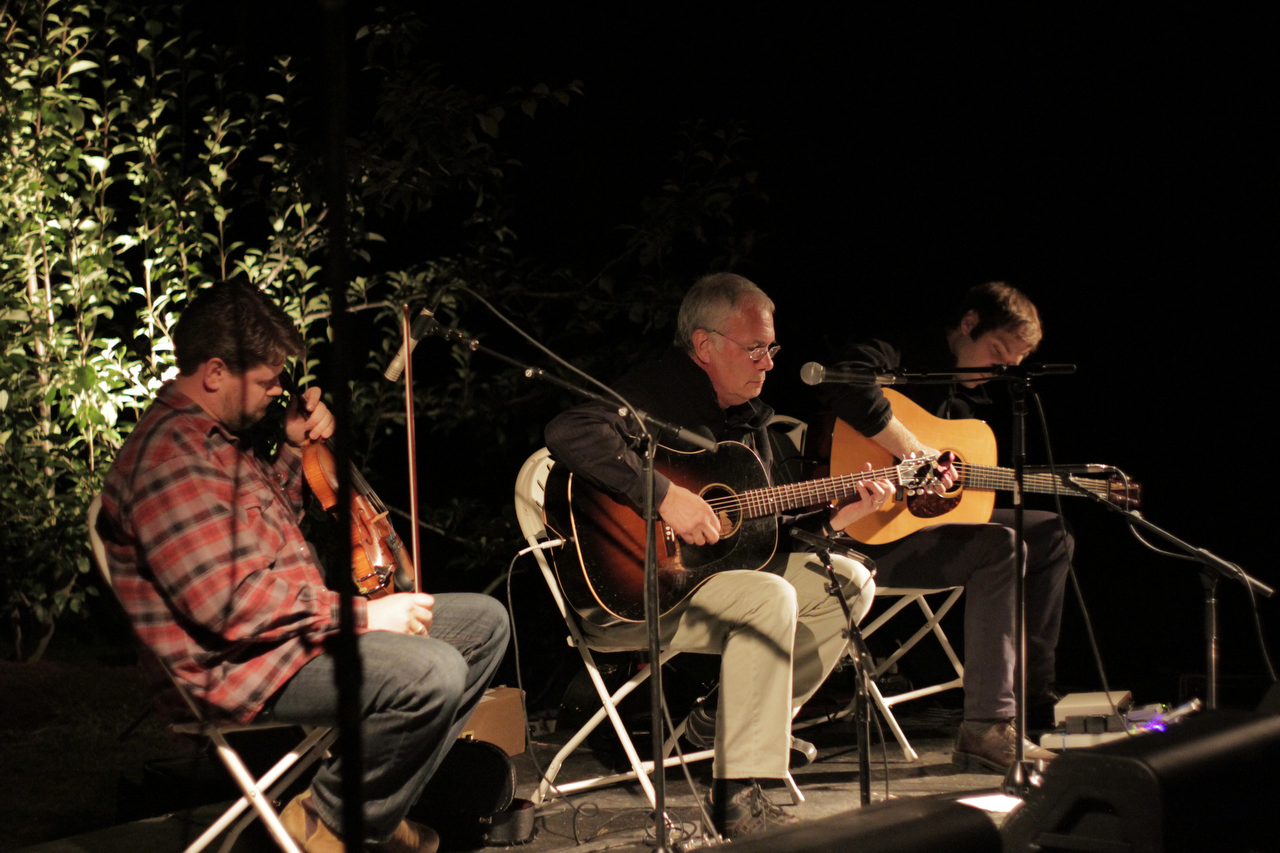 Russ Barenberg’s trio performed a nearly hour-long set for the crowd on his “Banner” Gibson, including a few encores. 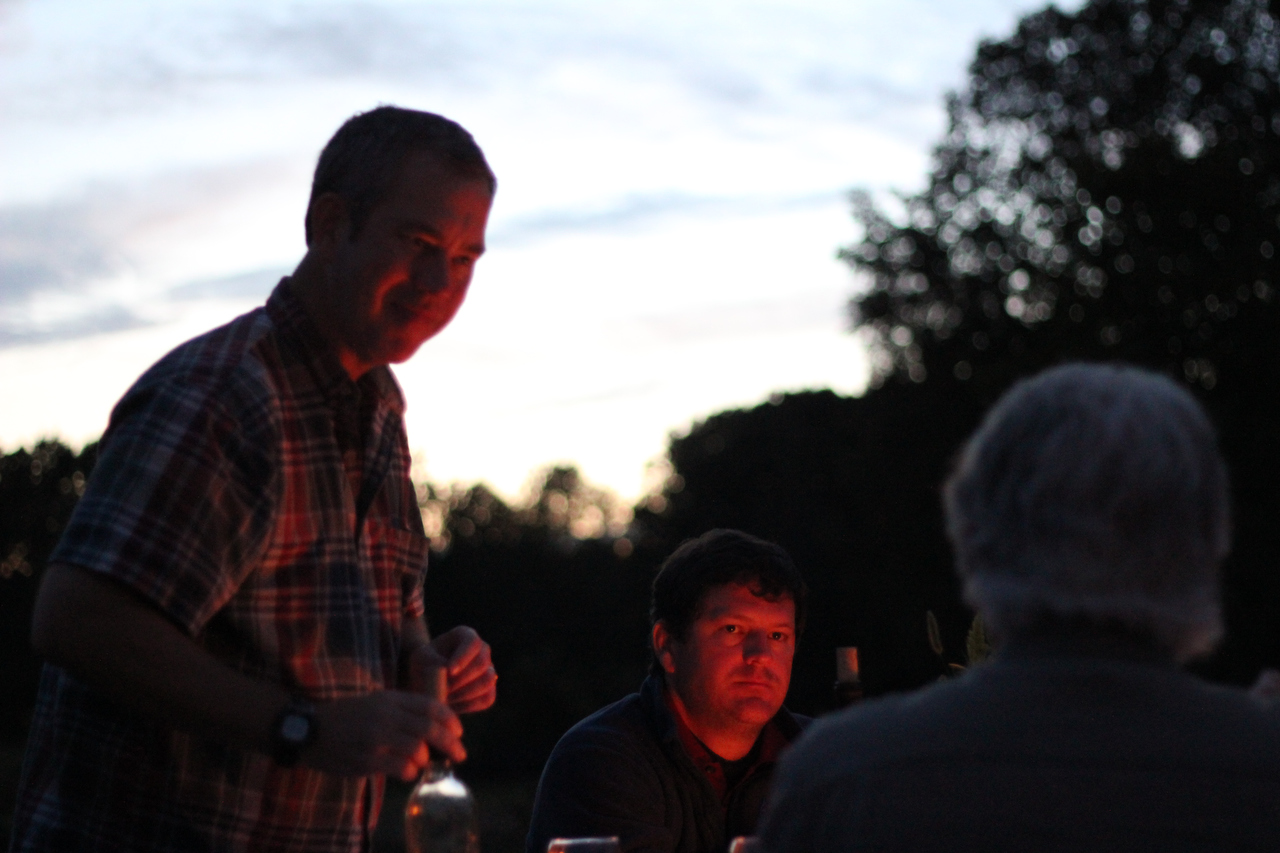 Everyone had a great time meeting old and new guitar pals. 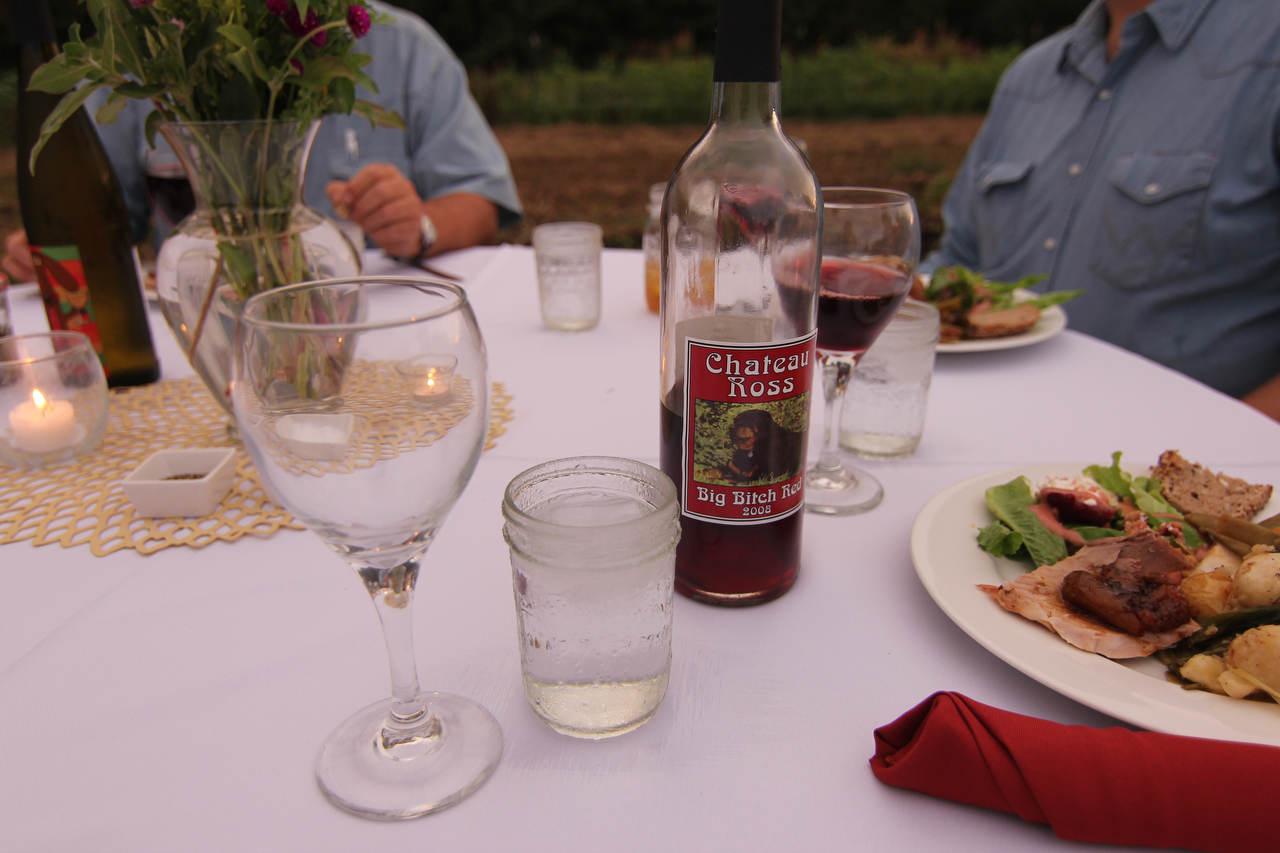 Dinner featured a full course gourmet meal, great vegetables from the garden and wine from one of Tennessee’s own wineries. 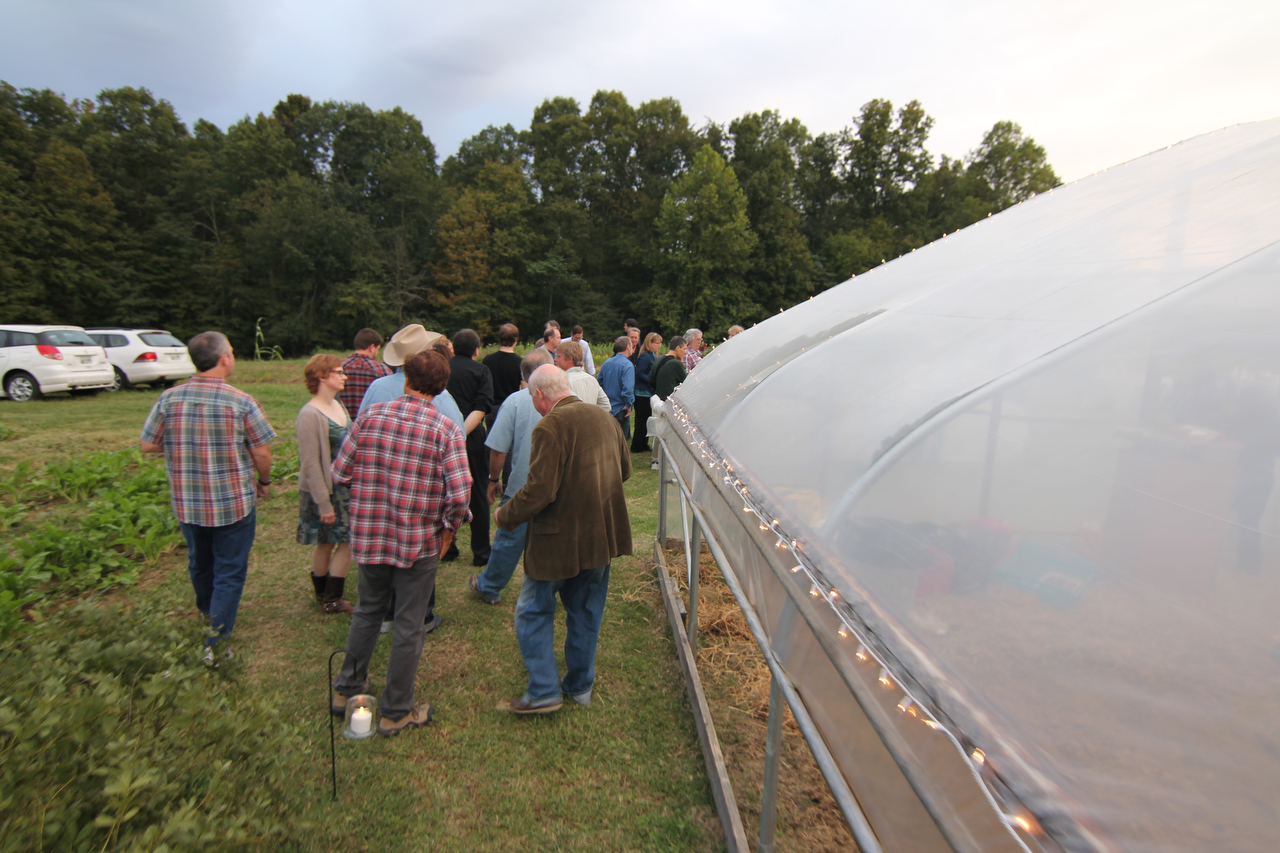 When the dinner bell rang, guests converged upon the buffet line. The greenhouse was going to be used for our shelter in a pinch if Mother Nature didn’t cooperate (she did).

Wade Mainer: The Grandfather of Bluegrass