Weighing in at 28 pages (and over 9,000 words long), the FJ #32’s Ry Cooder cover story is one of the more expansive interviews we’ve run to date (and we’re all about long-form journalism). It’s filled with numerous images of some of Cooder’s favorite pieces of gear (including the Coodercaster, mandolins, amps and more). Sadly, as with any photo shoot we conduct, a lot of interesting images don’t make it into the magazine.

So, by popular demand, here are a few of the other shots from our exclusive session with Cooder. To read the entire interview (covering musical influences, gear and more), purchase the issue here. 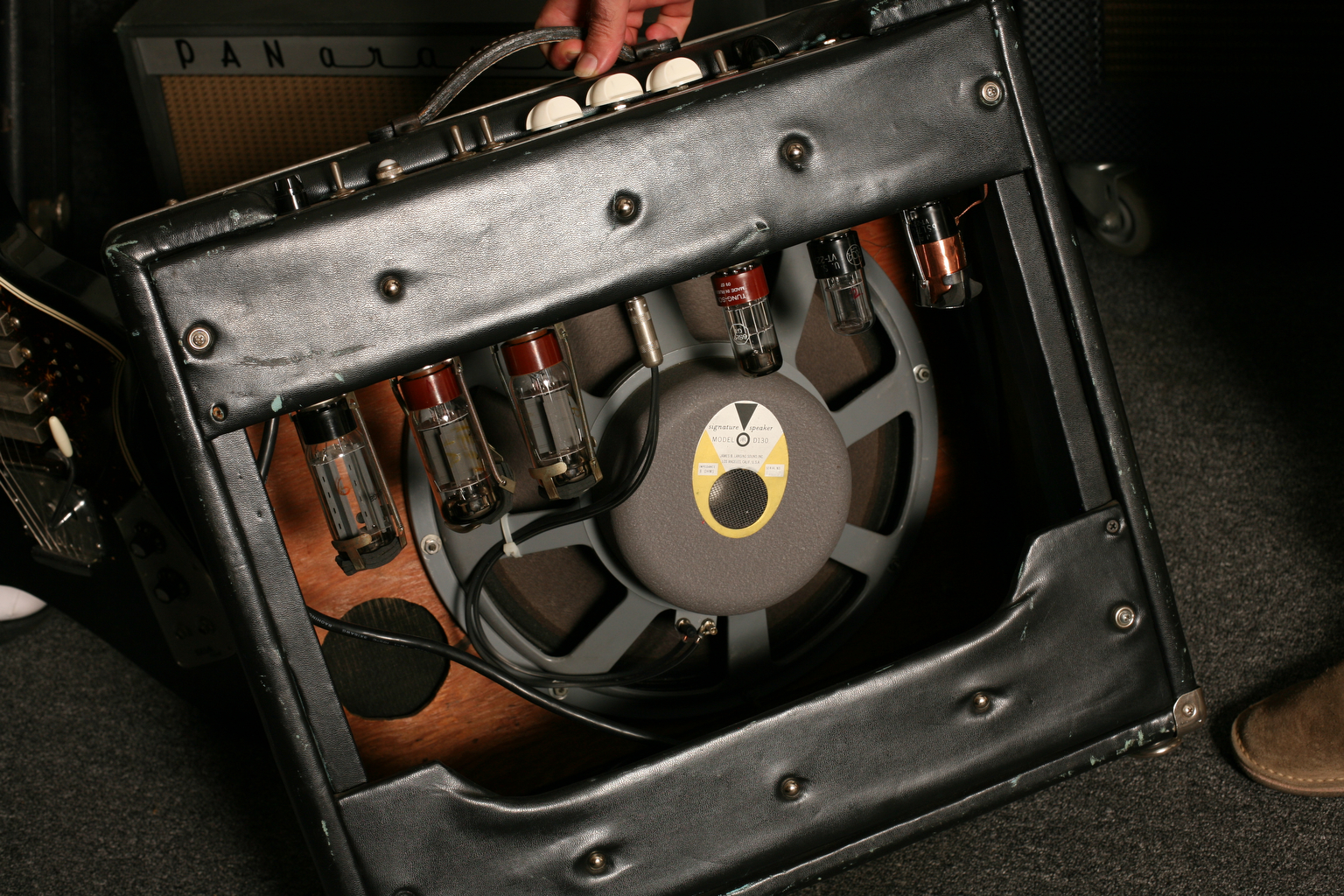 Cooder obtained this ultra-rare Howard amplifier by subscribing to a Phoenix newspaper and scouring the classifieds listings. “[Howard] built amps for steel players on the Standel model,” Cooder explains. “Being from Phoenix, he wasn’t an elegant guy like Standell. This thing is loud and rude and it sounds like Bakersfield. That’s what this thing sounds like, it’s insane.” He also owns a Howard amp head that came from Duane Eddy. Photo: Reuben Cox 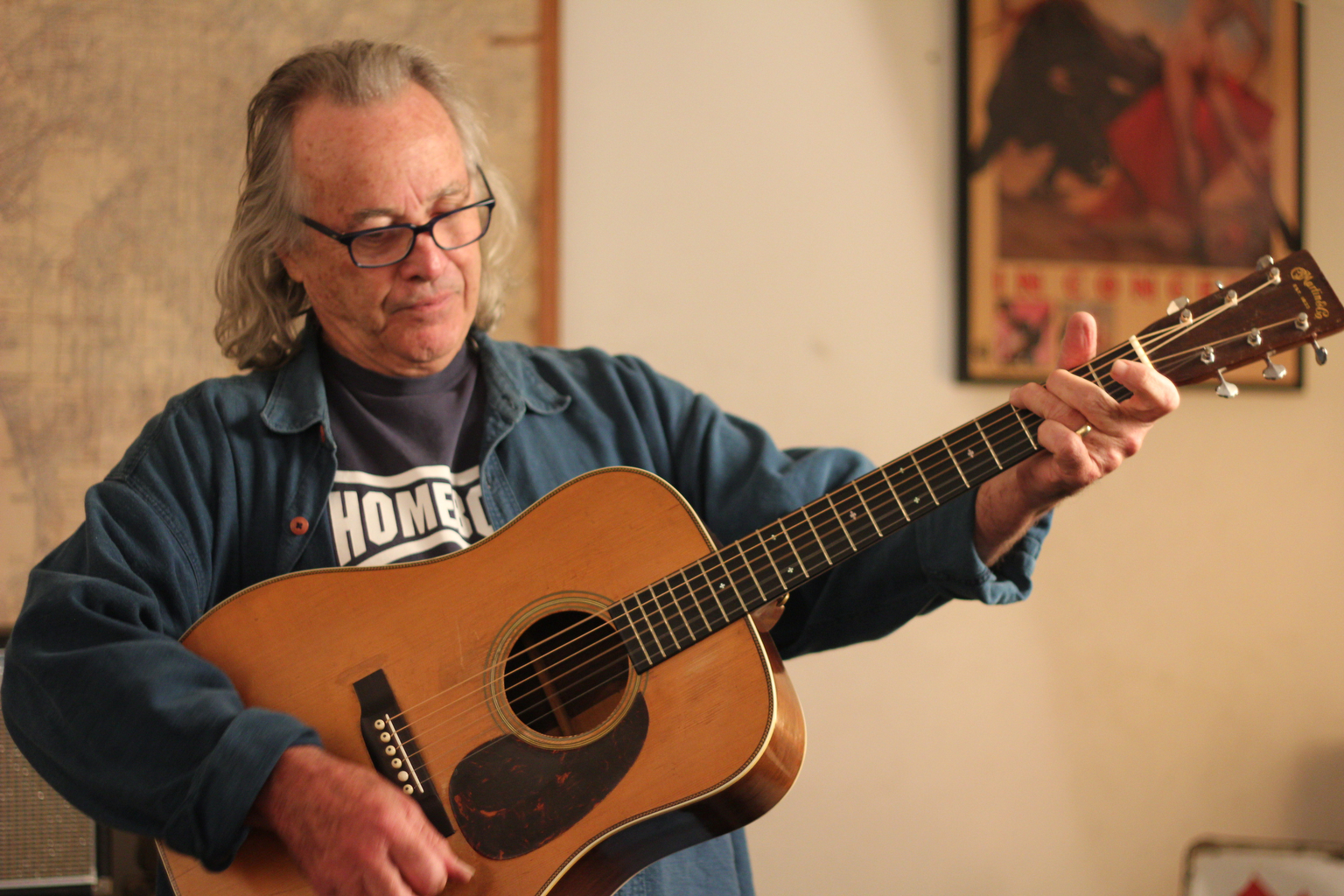 “Boris” is the name Cooder has given to this 1937 Martin D-28 that was retopped sometime in the ’40s at the Martin factory. Cooder picked the instrument up from TJ Thompson, who also replaced the neck with one from a ’35 Martin. Photo: Jason Verlinde 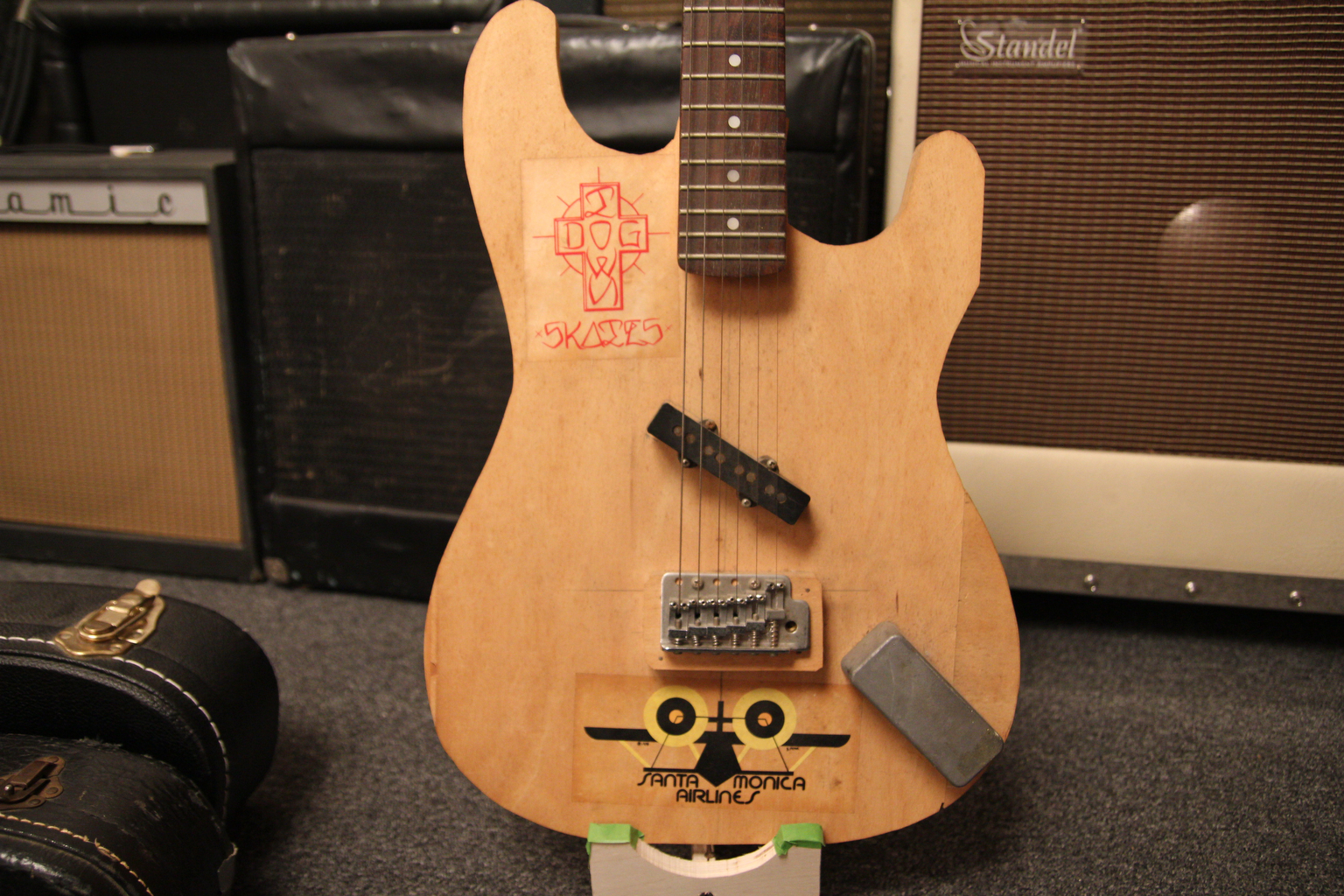 A guitar that Danny Ferrington built for Cooder in under an hour. Plywood body, a Fender bass pickup and a parts bin Kramer neck. Yes, Cooder has recorded this instrument. Photo: Jason Verlinde 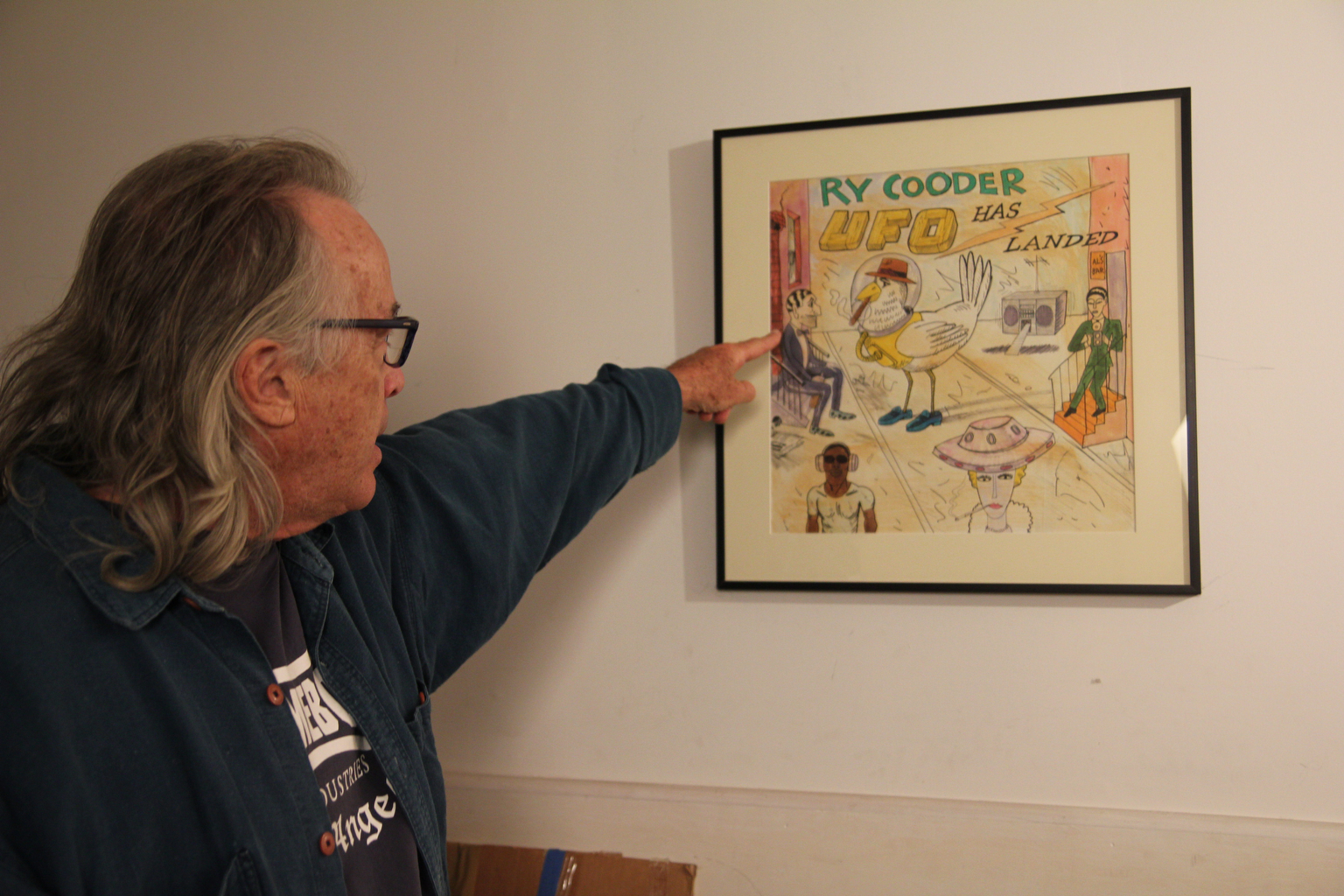 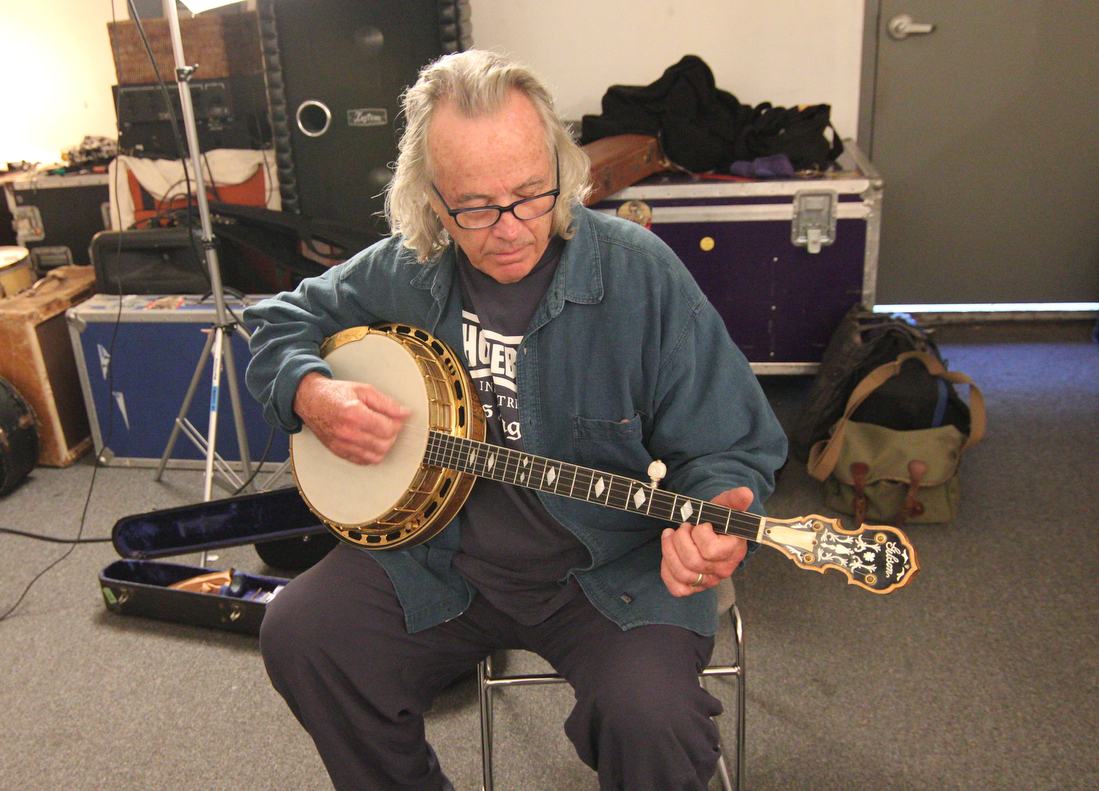 Cooder is the proud owner of three instruments that came from Mike Seeger: a 1926 Gibson F-5 that belonged to Bill Napier (seen on pages 71-72 of FJ #32), a 1929 Martin 000-28 and this Gibson Style 6 Granada banjo. Both the banjo and the F-5 have matching diamond block inlays. Photo: Jason Verlinde 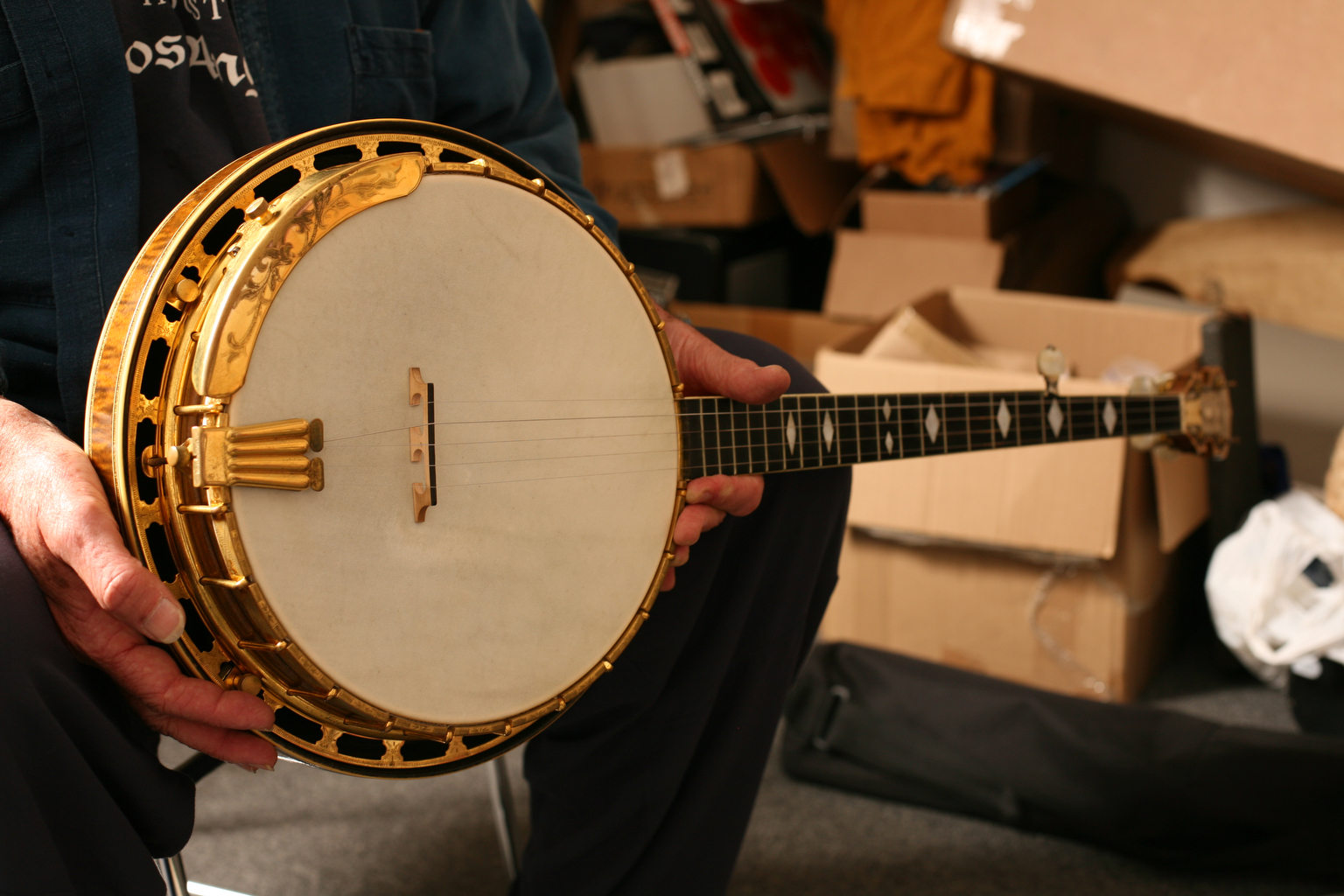 Another shot of the Granada. Photo: Jason Verlinde 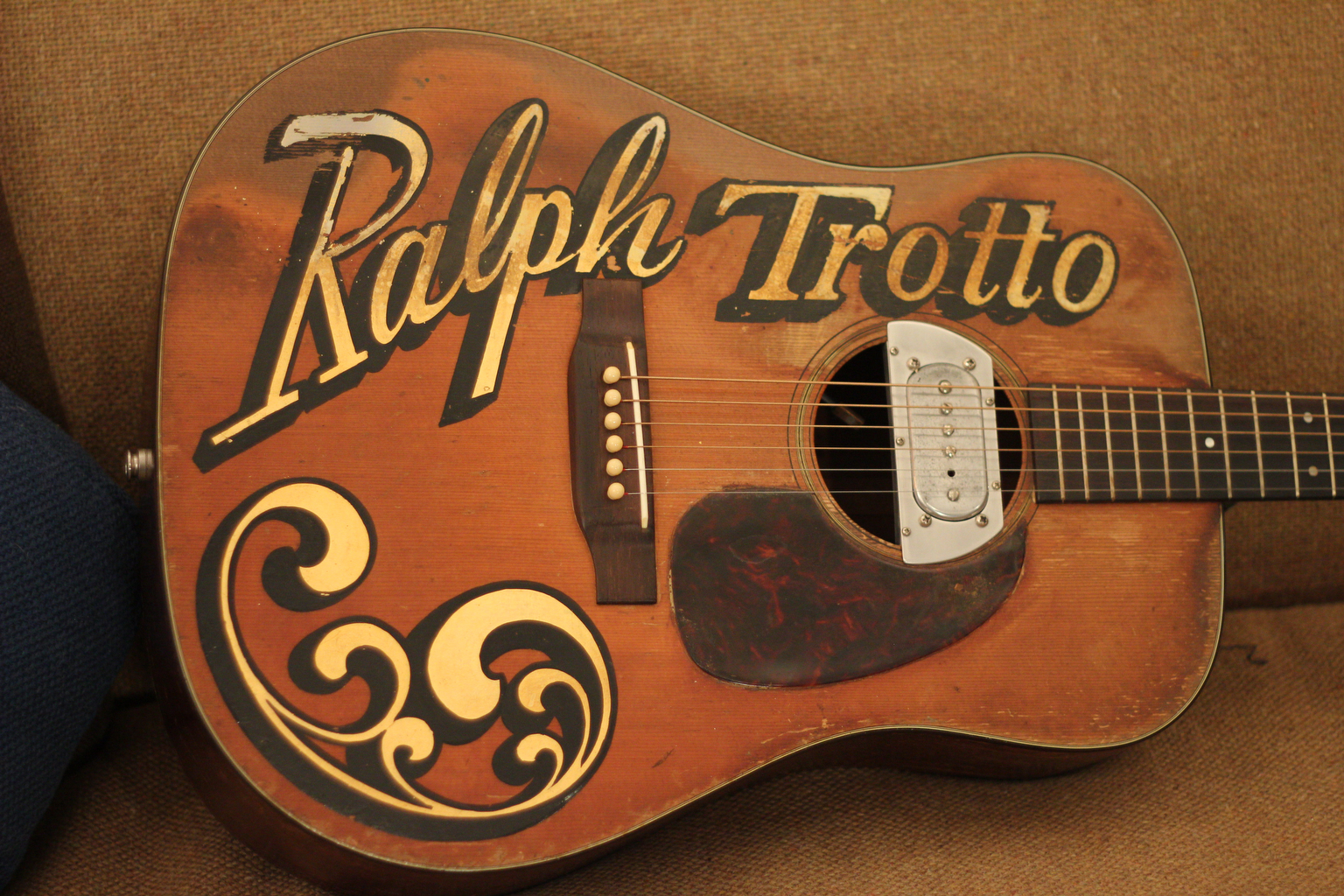 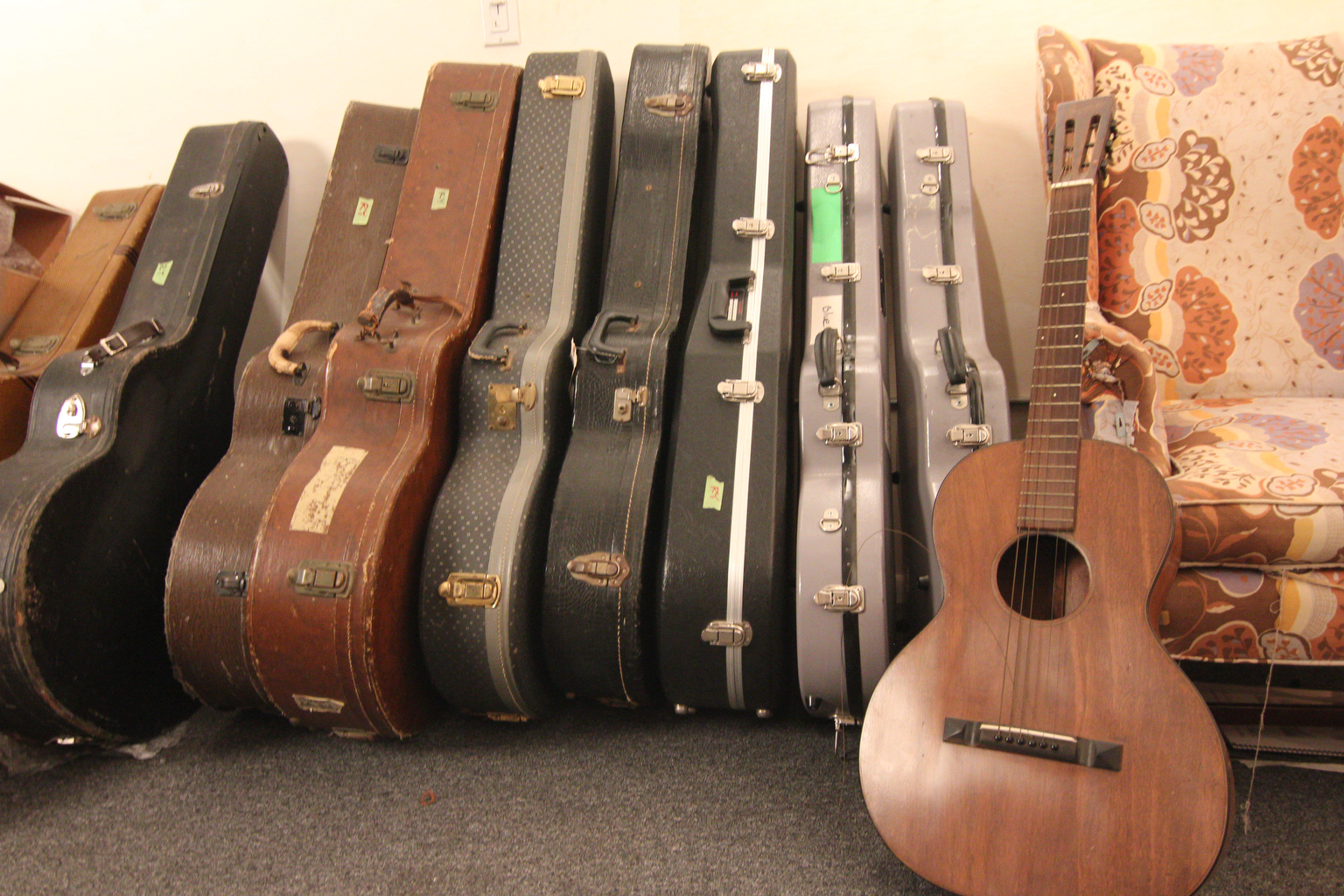 On the last page of the issue, Cooder tells the story of how this humble ’30s Harmony Sovereign was used to play the famous Paris, Texas theme. The guitar, sadly, will no longer stay in tune. Photo: Jason Verlinde 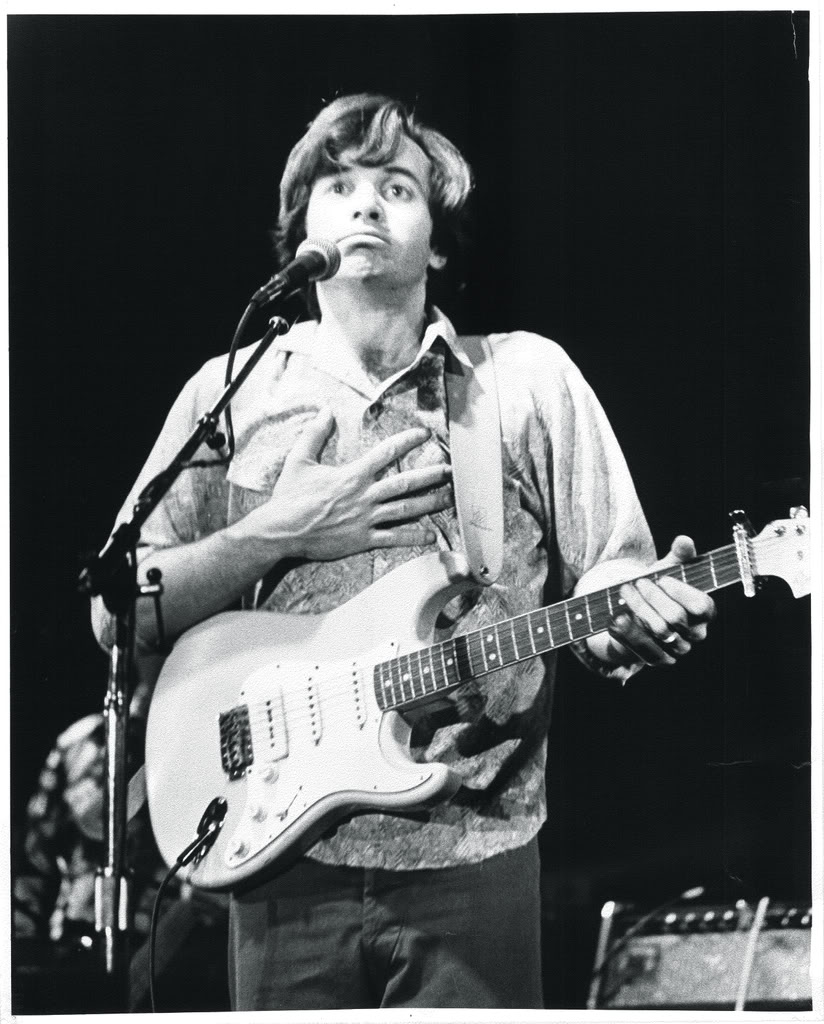 Finally, we have a shot taken by Steve Krieger in the early ’70s. Here we can see one of the earlier mods Cooder made to his original blue Strat–it sports a P-90 pickup in the bridge position. “I’d never gotten anywhere with that blue guitar. I tried everything,” he explains, saying it went through four different pickup configurations. “It had a tighter, boxy sound I never liked.” Photo: Steve Krieger