At this year’s SXSW Festival, Bill Frisell: A Portrait had its world premiere. Yes, the legendary jazz (and beyond) guitarist is finally getting the full-length documentary treatment. The film memorably opens with Frisell narrating one of his dreams. It’s just about the epitome of what us Frisell fans must think all of his dreams are like: quirky, beautiful, wild, innocent and a tad unbelievable – just like his music. It sets a beautiful tone for this movie.

Frisell, as any loyal Fretboard Journal reader must know by now, is one of our favorite musicians. Quite simply, we think he’s one of the greatest guitarists ever. His music is beguiling, masterful and truly genre-bending. His tone is unmistakable, whether he’s playing a Telecaster or an acoustic Gibson. And yet, despite doing countless interviews, winning Grammy awards, leading sessions and constantly headlining shows, there’s an air of mystery to his craft. Frisell can describe his influences at length but that tone and touch… it’s indescribable, even by Bill. It’s impossible to watch him and not be left wondering, What’s going on in this guy’s head?

As it turns out from watching the film, a lot is going in his head. The influence of visual arts on his music is one recurring theme found here – Bill’s wife Carole D’Inverno is an artist, as are friends such as Terry Turrell and Jim Woodring. Then there’s the profound influence that the late Jim Hall had on his playing; the music of Bob Dylan; the Lower East Side avant-garde jazz scene of the ‘80s; and so much more.

But the real highlight is, of course, just watching Frisell at work. We see him relaxing in his former Seattle home and walking around New York City. We also see him in his music element with his trio, Paul Motian, the BBC Symphony Orchestra, John Zorn and in Richter 858. Though Bill is generally shy and quiet to the outside world, he truly opens up during this two-hour long film. We get glimpses of countless gigs and rehearsals; interviews with him both at home and on location, and even thoughts from a few celebrities who have hired Frisell over the years, including Paul Simon and Bonnie Raitt. Also on-hand are Frisell’s long-time associates, such as John Abercrombie, Joey Baron and the late Jim Hall. Abercrombie, describing the neck bends that Frisell often employs, says “It’s almost like he was made of rubber.” Bassist Ron Carter, meanwhile, compliments Bill on his wild sock collection.

Sartorial choices aside, Bill seems to relish his low profile. When tourists gawk at the camera crews following him during a movie scene, he jokes, “Little do they know, I’m one of them.” He’s almost apologetic for owning as many guitars as he does, but that’s all part of his charm. He’s one of the most understated yet talented musicians to take up the instrument.

Director Emma Franz is all over the credits, wearing multiple hats to make this film a reality. Though it was clearly a labor of love, unlike many passion projects, it’s a professional, serious and important look at one of the music world’s best minds. And for those of us who can’t get enough of Frisell (including those of us who work here on the FJ and film him whenever he can), it was long overdue. 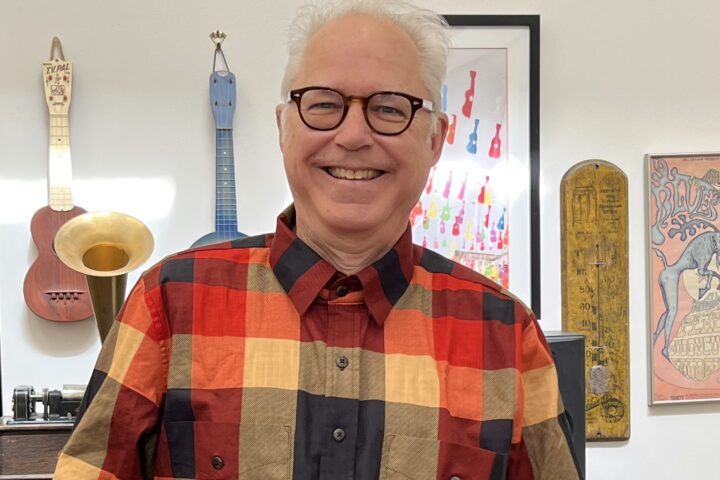 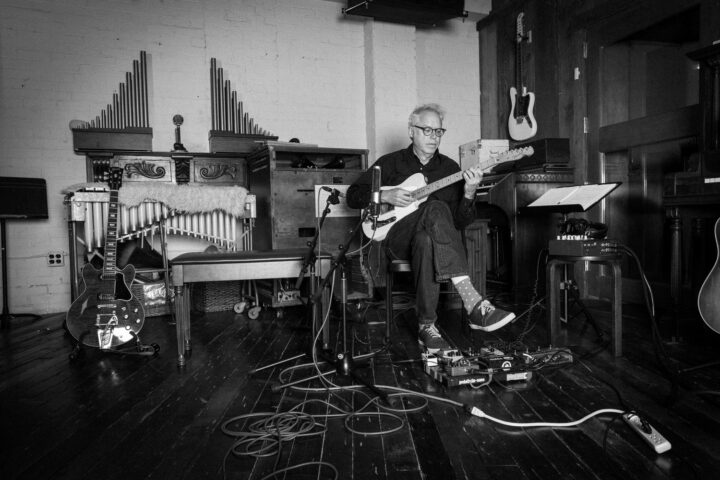 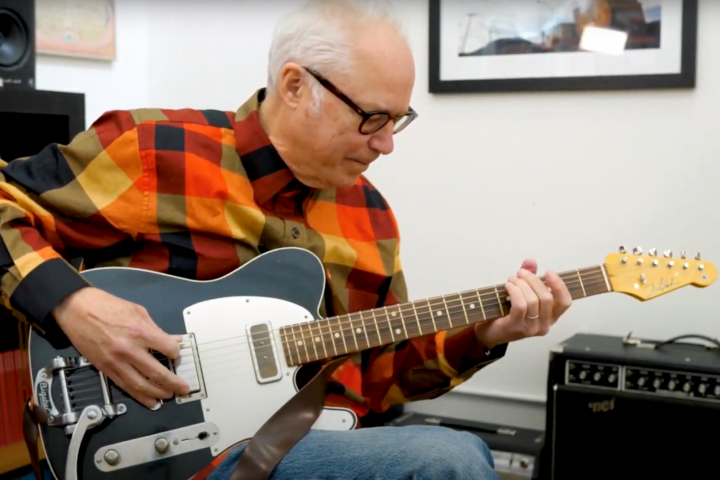