“Look, I can’t do this without a smoke.”

“Some weed. I really can’t do this without smoking some weed. Just a little. I know I should have mentioned this earlier, but …”

This conversation occurred some decade and a half ago, while I was standing with a group of five or six people outside a small nightclub in New York City on a cold December night. The man demanding a toke was Guy Clark, who was due to take the stage in about an hour. Clark had arrived that morning from Nashville, had spent the day with our small group, but hadn’t mentioned the availability of cannabis as a pre-condition to performing.

He was resolute. Presented with, “Really?” and, “How do you expect us to find some marijuana here, right now?” he simply shrugged, said, “Sorry,” and reiterated, “I just really can’t do this, unless, you know …”

The promoter, who’d arranged to have rather expensive recording gear and attendant engineers arrive earlier in the day to prepare to capture the evening’s festivities looked around at our group with alarm in his eyes but a steady voice and intoned, “Well …” We each hemmed and hawed and demurred. I likely said something like, “Uh, it’s not my town and I just don’t think…” before my voice trailed off and I looked away.

After a few minutes, during which none of us, including Clark, said a word, the promoter said, “OK, fine,” and turned and ran into the night, custom tailored Brooks Brothers jacket flapping in the wind and handmade loafers clattering down the sidewalk. I don’t recall any of us saying a thing. Certainly, no one voiced any optimism that our sharp dressed man would locate contraband in what was clearly not his neighborhood. No one moved, either. None of us entered the venue, apparently neither wanting to face the assembling crowd without our headliner, nor wishing to leave Clark on the sidewalk, alone, forlorn and weed-free.

In what I recall as only a few minutes later, though more time must have elapsed, but not so much as to convince any of us to enter the club to escape the cold, we heard those fancy shoes pounding back up the sidewalk. Our savior skidded to a halt in front of Clark, said, “OK, then,” and handed the man a baggy of the green stuff. Clark wordlessly smiled, dropped the bag into his vest pocket, picked up his guitar, opened the door and stepped into the club.

Even before this extraordinary scene unfolded, it had been a remarkable day. We’d gathered in late morning at the apartment of Nato Lima, of Los Indios Tabajaras fame, on Manhattan’s Upper West Side. The concert was billed as “McGill Guitar Night” and would feature Clark, Muriel Anderson, and guitarist/composer Michael Hewett. Lima had played one of Paul McGill’s lovely creations inspired by the Brazilian Del Vecchio resonator guitars. McGill, being the man of the hour, had prevailed upon Lima to host the preconcert festivities. And, festive it was. Lima’s wife and musical partner, Michiko, prepared a meal that synthesized the Brazilian cuisine of her husband’s home country and the Asian gastronomy of hers. Food, drink and music flowed freely for hours. I remember Anderson playing a few of her beautiful arrangements and Hewett showing off some of his two-handed tapping. I even coaxed Lima, who said that he no longer played guitar, to pick a few bars of the Indios’ big hit, “Maria Elena.” After Lima died in 2009 at the age of 91, I learned that was the last time the Brazilian master played the guitar. 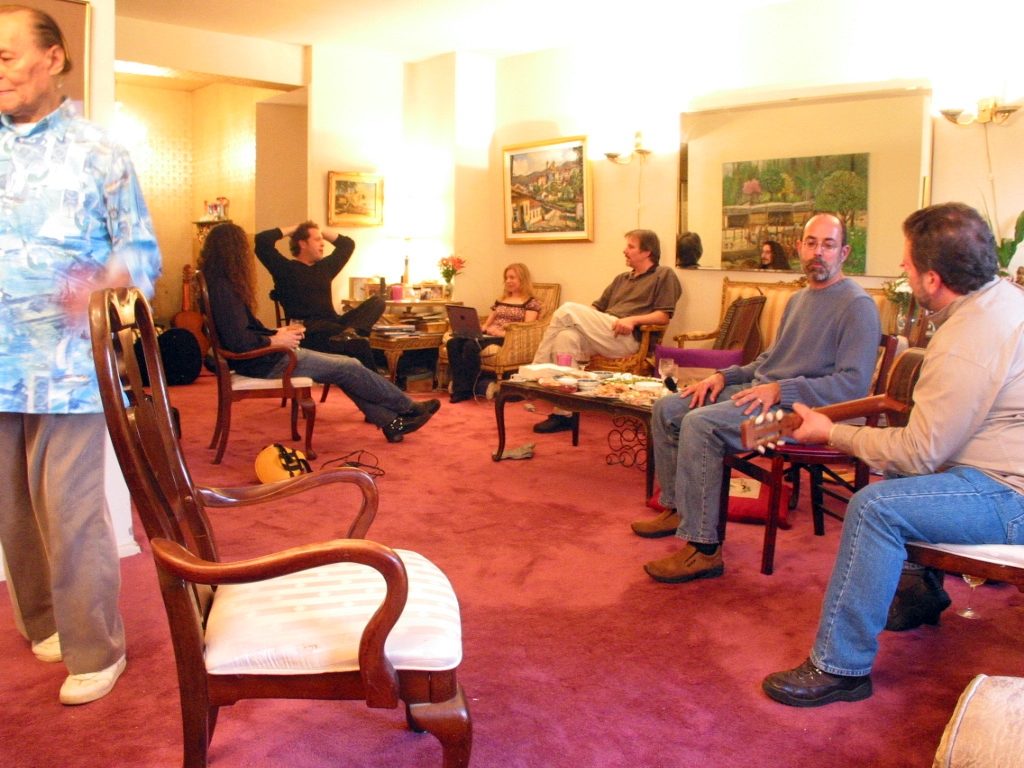 Mostly, though, I remember talking with Clark. He’d arrived before I had. When I entered the apartment, he sat quietly while merriment cascaded around him and Michiko and a friend scurried about offering pre-lunch appetizers. I made my rounds, chatting with McGill and Anderson and nervously played a couple of tunes on one of the McGill guitars that was passing from hand to hand. Clark interacted, but clearly wasn’t someone who yearned for attention. He was happy chatting, playing a tune on a guitar, or simply sitting and observing. He struck me as a man at one with himself and the world.

Not wanting to seem eager, I took my time before seeking an audience with our quiet sensei. He greeted me warmly, nodded when I placed my audio recorder on the coffee table between us (I’ve no idea where that recording is!), and greeted me with a hand that swallowed my own. He handed me a guitar, I fumbled, as I recall, through a primitive rendition of John Loudermilk’s “Windy and Warm,” and we talked.

We talked for a long time. Probably a couple of hours. I remember little about the subjects we discussed, though I assume we chatted about songwriting, guitarmaking and Townes. What I remember most is that Guy Clark sounded like, well, Guy Clark. That is, he spoke like he wrote. As in his songs, he expressed himself honestly and in a world-weary tone. He was articulate and brutally efficient with the English language. He didn’t mind silence or gaps in the conversation. He said what mattered, and only what mattered.

Eventually, all of us except for the Limas grabbed guitars, caught the elevator to the street level, climbed into cabs and headed to the club. Once our leader scavenged Clark’s needs, we settled in for a concert of McGill-powered guitar music.

I remember being intrigued by our opener, Hewett, playing barefoot so that he could manipulate his looper and effects pedals with his toes. Anderson played some lovely and impressive originals and arrangements of others’ songs. What stands out in my memory, though, is the image of Clark, who unlike other times I witnessed him perform, played solo, without accompaniment. Looking, not surprisingly, relaxed, he complemented his haiku-like lyrics with spare fingerpicking. He played and sang what mattered, and only what mattered.

I think that this happened around 2002, because I think I remember Clark performing songs from his most excellent album, The Dark, which was released that year. I say, “think,” because I became so taken by Clark’s manner, music and intellect after that encounter than I jumped into the deep end of the Clark oeuvre, and to this day haven’t managed to climb out. I don’t know where my memories of that evening stop and my subsequent exploration of all things Guy Clark begin. But, if I close my eyes and think back to that evening, I recall Clark performing the simple truth of “Mud,” the loving tribute of “Arizona Star,” and the spoken, weary verses and shattered, sung choruses of “Homeless.”

When a few days ago I learned of Clark’s death, I thought back to the day I spent in his company and, fittingly, to the most recent song of his to which I’d listened: “My Favorite Picture of You,” the title cut from his last album, released July 2013. Like all of his songs, every word it contains counts. I thought most of this verse:

Although I’ve a couple of photos of Guy and me sitting in Lima’s living room, the picture I most remember resides not on photo paper or in a digital file, but in my mind’s eye. He’s definitely wearing wings and sporting a small bulge in his vest pocket as he exits that Manhattan club at evening’s end, shakes my hand and claps me on the shoulder, hails a cab and heads to the airport and back to Nashville. 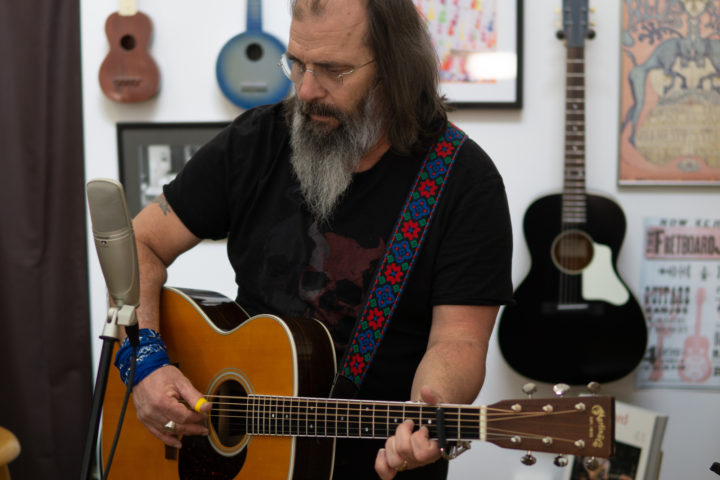 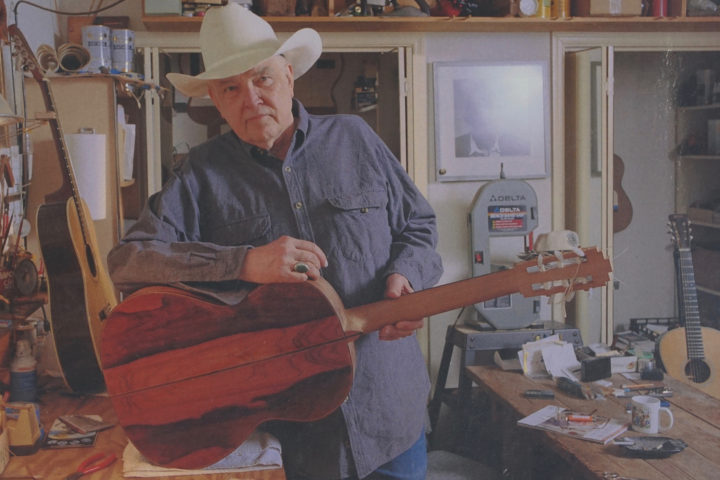 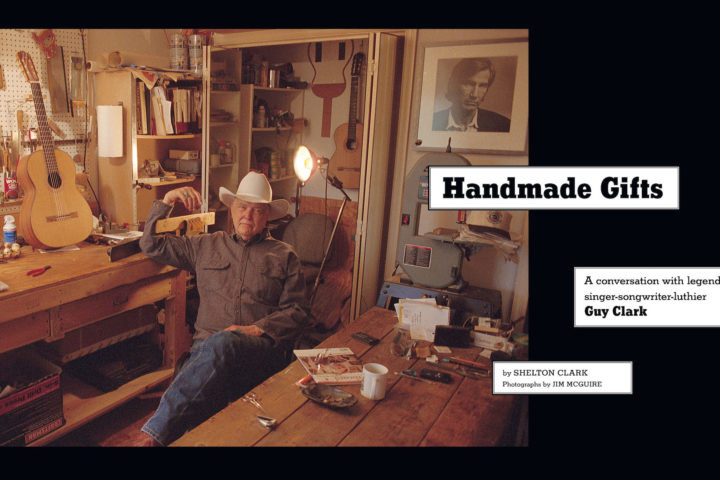