It’s autumn, which means the leaves are changing color, the nights are getting longer and, best of all, it’s time for John Tefteller to release the latest edition of his Classic Blues Artwork from the 1920s calendar. As with his earlier calendars, the 2012 version boasts a dozen rare promotional ads from the archives of Paramount and Vocalion. You can spend the year looking at ads for and listening to records by blues legends like Charley Patton, Blind Blake, Furry Lewis, Papa Charlie Jackson and Blind Lemon Jefferson as well as more obscure performers like Ora Brown and Teddy Darby. (For more background on these remarkable images you can go here to listen to our podcast with Tefteller where he talks about their fortuitous discovery.) Like his previous efforts, Tefteller includes a CD of the songs in the ads, and, as a delightful bonus, some insanely rare recording from his massive collection. As soon as I unwrapped the calendar I called John Tefteller to get the scoop on this latest batch of blues treasures. –MJS

Fretboard Journal: This if the ninth edition of your blues calendar. Are you close to running out of records and ads yet?

John Tefteller: I don’t know. There’s no way to know that, at least with the records. I kind of just take it on a year-by-year basis. Of course I’ve put everything great that I’ve been able to come up with in the last twelve months on this year’s CD. I don’t know what 2013 will hold because I won’t know that until we get up to about June of 2012, which is the deadline before we go to press. I have some leads for some incredible things that will turn out to really blow people away, but until they’re solidified I don’t know. You hear really weird, strange tales of things and then when you follow-through you find out it’s just a wild goose chase and nothing happens.

FJ: What’s the story with Lane Hardin’s “Hard Time Blues”? You don’t have an ad for it in the calendar, but I heard a version of that song on Eric Clapton’s recent CD Clapton.

JT: I’d be interested in finding out where he heard the song because it’s a very, very obscure record, on the Bluebird label. It’s a great record, but, wow, Lane Hardin is not a household name with people here in the US, let alone in England. As far as I know, there are only maybe four known copies of that record. There’s the copy that I have, Joe Bussard has one, there’s one in a collection in North Carolina and then there’s a really whipped copy in a collection in Chicago, and that’s all I know about. Hardin puts in a great performance and it really deserves to be better known. I included “Hard Time Blues,” its flipside “California Desert Blues,” and an even rarer record Lane Hardin made in 1948 in Los Angeles, “Cartey Blues.” No one knows what Hardin was doing in LA and how he wound recording for the Pacific label, but it is amazing to hear.

FJ: Wasn’t there a similar story with the Blind Joe Taggart recordings you included?

JT: Yes. Blind Joe Taggart was great gospel player who recorded for Vocalion and Paramount. I included the art for his Paramount record “In That Pearly White City Above” along with his 1931 recording of the same song. Taggart seems to have disappeared in 1934 but a battered acetate disc from 1948 recently turned up. It means that Blind Joe Taggart went into a recording studio in Chicago — probably on Maxwell Street, because they had several studios there back then. For a few dollars you could pay to have a record made. You would walk into the booth where they had the microphone set up, you would sit down, you would play your song, and it would be cut directly from the microphone directly onto that acetate record.  There would be not necessarily any other copies made, and if there were other copies made, they would have been made from that. But it was never commercially released; it was never put out on a record with an actual label. The songs are “Precious Lord,” spelled “Preshious Lord” on the label, and “Little Black Train.”

My theory is that he was going to take that dub and go around to the different record companies on Record Row in Chicago, and try to get himself a contract to record again. He could walk into Chess — I think it was called Aristocrat in the late 1940s — he could walk into Chess or Aristocrat, or one of those independent labels with this acetate, and say, “You know, I used to make records back in the ’30s for Paramount, they sold fairly well. Here’s my latest recording. You might want to consider issuing this.” And I think that’s what this is. It was discovered in a stack of lousy 1970s rock LPs. It’s miraculous it survived. It came so close to being lost forever.

JT: Jenny Pope’s real name was Jenny Clayton and she was married to Will Shade, from the Memphis Jug Band. Shade plays guitar on this along with Jab Jones on jug. Jenny has real interesting voice and the record features two Memphis Jug Band members and since it hadn’t been reissued so I figured, “Why not put it on?”

FJ: A lot of the musicians on the CD like Hardin, Taggart, Ora Brown, Teddy Darby and Harum Scarum are obscure but they’re really, really good. Why do you think they aren’t better known?

JT: The real raw truth of it is, these were records made by very poor African American people who, for the most part, had no way of securing any kind of major distribution for their records. Also, the records were targeted to a very small audience of people, sometimes a very regional audience. In many cases, very few copies were pressed, maybe only 250 or 500 or so, and their music was never but never played on the radio. So, no matter how good you were, it was a fluke if you hit it big. Some great musicians just never got the chance to be heard by a wider audience.

FJ: Speaking of rare, are there any records that you particularly want to find?

JT: Oh, that’s easy. That’s real easy. There are two records by Willie Brown. Willie Brown is the one that’s mentioned in Robert Johnson’s “Cross Road Blues,” when he says:

“You can run, you can run, tell my friend Willie Brown
That I got the crossroad blues this mornin’, Lord, babe, I’m sinkin’ down.”

Willie Brown played with Son House and with Charley Patton. He made three records for Paramount and only one has turned up, ”Future Blues” backed with “M&O Blues.” I think there are three known copies. But there are two other Willie Brown records that are listed in sales fliers and Paramount documents. One is release number 13099, the titles are “Window Blues” and “Kicking in My Sleep Blues” and the other is number 13001 “Grandma Blues” and “Sorry Blues.” I don’t know if any copies still exist, but I’m always eternally optimistic that they do. Oh, and I do have a standing offer of $25,000 for either of those records. All they have to do is be playable; they don’t have to be in mint condition, but they have to be playable. I don’t want them broken in half, or something, but they have to be playable. So, Fretboard Journal readers, check your collections. You might have small fortune taking up space.

To purchase the calendar go to Blues Images

I’d Like a Chicken Sandwich, Light on the Mayo but Add a Harp Guitar. 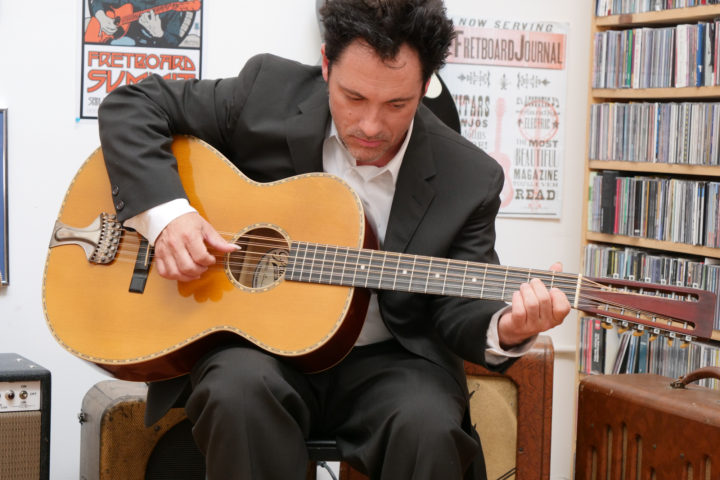 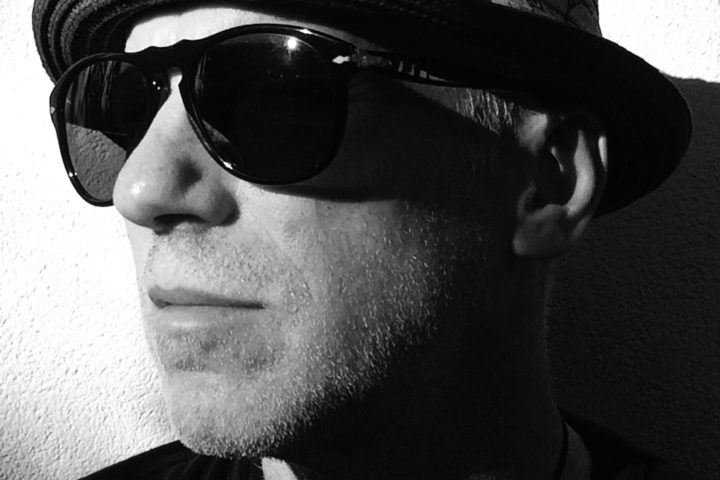 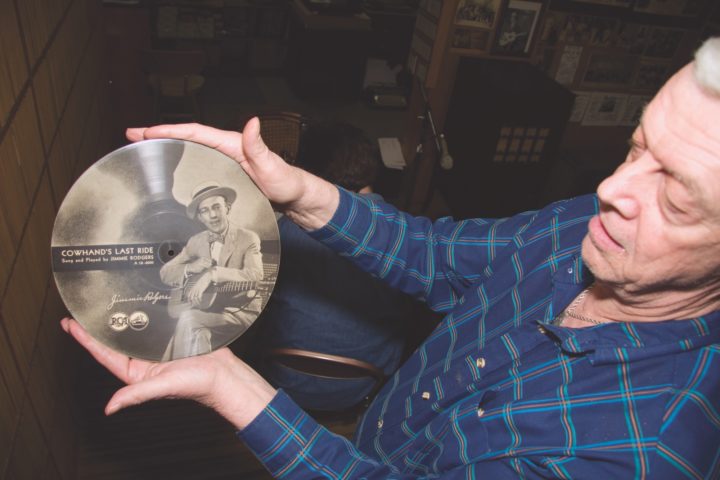